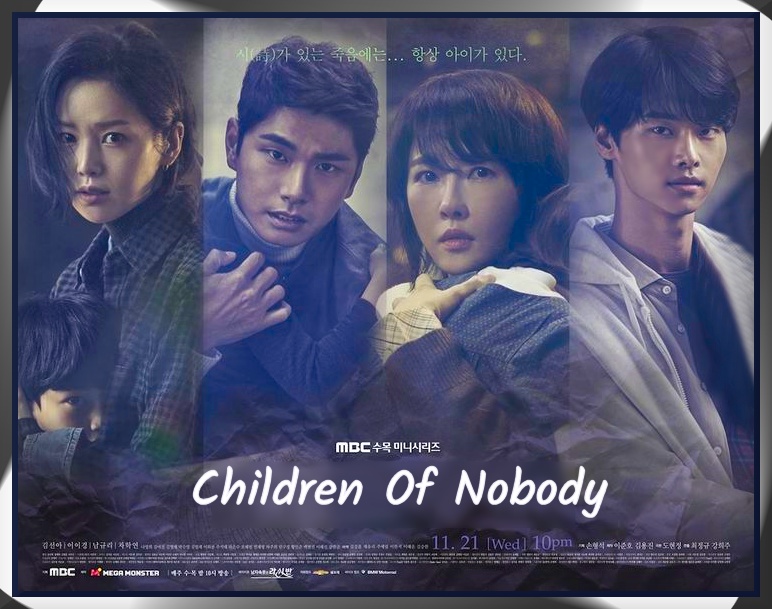 A magnificent, totally addictive crime melodrama, exploring the difficult subject of child abuse in Korean society, Children Of Nobody (2018-19) completely gripped me in almost non-stop astonishment and fascination, and I basically marathoned it over two days' time -- two days when I was actually on vacation for Thanksgiving and should have been relaxing  -- but I could barely tear myself away from my cell phone watching it! I usually prefer to watch my Korean dramas streaming on my big television set through my Roku; it's very unusual for me to watch an entire drama over a tiny screen. Someday soon I will re-watch this excellent drama on my big screen TV, and probably end up even MORE enthralled! 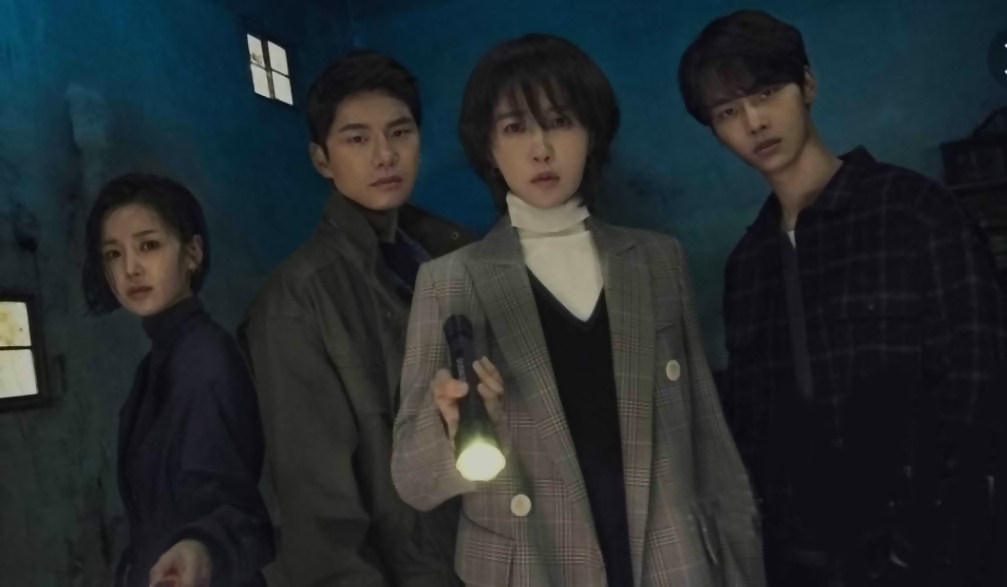 The acting of this terrific, well-experienced cast was uniformly PHENOMENAL! I decided to watch it at first for the two leading ladies, whom I've loved watching for over a decade: the always-compelling Kim Sun Ah (My Lovely Sam Soon, Scent Of A Woman, Masked Prosecutor, Woman Of Dignity), and the exquisitely beautiful Nam Gyu Ri (who unforgettably played Ji Hyun in the masterpiece 49 Days and who also did fabulously well in dramas such as Different Dreams and Kairos), and gosh, did they both knock my socks off with their INCREDIBLE performances here! Joining them were two exceptionally fantastic actors: Lee Yi Kyung (Nine: Nine Time Travels, My Love From Another Star, Descendants Of The Sun, You're All Surrounded), and Cha Hak Yeon (Tunnel, Tomorrow Boy). Also intriguing to me to watch was supporting actor Kim Young Jae, playing Kim Sun Ah's husband, an actor who had bowled me over in one of the first K-dramas I ever watched, 2005's A Love To Kill, as the brain-damaged brother of Rain's character in that classic revenge drama. Here he was thirteen years older, but when I looked at him all I could really see was his character in ALTK, all over again. Talk about such a superior performance imprinting on your consciousness for fifteen years! 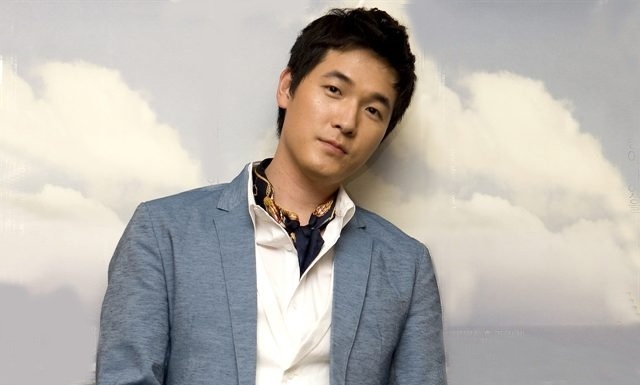 Also amazing in this drama were all the performances of the young children who were playing victims of abuse, especially little Lee Hae On, Kim Kang Hoon, Yoo Eun Mi, Chae Yoo Ri, Lee Han Seo, and Park Seo Kyung. Where does Korea keep finding these gems of child actors? They all added such pathos to this poignant story revealing the heart-breaking reality of our sad world: that children are often looked on as burdens, instead of blessings from God. You don't really need a strong stomach to watch this drama (most of the actual abuse is hinted at, not shown), but you do require a strong heart. Be prepared.


Cha Woo Kyung (Kim Sun Ah) works as a child counselor at an independent young children’s center, and she is very dedicated to her job helping children overcome the stresses of life and family. She is married to an apparently loving husband, named Kim Min Seok (Kim Young Jae), and she is pregnant with her second child. Her little daughter Kim Eun Seo (Joo Ye Rim) is a well-adjusted, happy child. Everything looks perfect for Woo Kyung on the outside, but deep down she has repressed feelings of guilt and frustration over her extended family situation: her sister Cha Se Kyung (Oh Hye Won) is in a coma in a special care facility, and she and her step-mother Heo Jin Ok (Na Young Hee, Sad Love Story, Legend Of The Blue Sea) take turns caring for her, trying to stimulate her in various ways, in the hopes that one day she will finally wake up. Woo Kyung decides to get psychological help for herself, and visits a former college classmate who is now a well-regarded psychiatrist, named Yoon Tae Joo (Joo Suk Tae, in an increasingly creepy performance). He seems to be helping her a lot. At first. 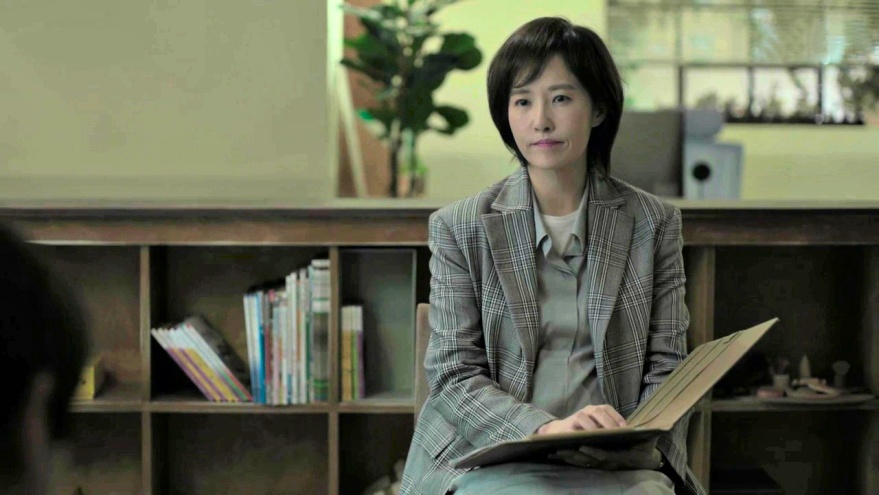 Then one dark day Woo Kyung has a terrible car accident and kills a little boy who runs out in front of her vehicle; she is devastated and goes off the deep end mentally and emotionally: here she had devoted her life to caring for children, and now she has killed one! The big problem she continues to face, besides terrible guilt, is that she thought she had killed a little girl in a green dress, and not a little boy. When she is told the truth, that she killed a little boy who was running away from abuse, she is shocked. Then this same tiny girl in the green dress begins appearing to her whenever she meets a child who is being secretly abused in the home; it's as if this visionary girl is pointing out to her which children need to be rescued, before they are hurt badly or killed.

All this terrible mental stress causes Woo Kyung to miscarry her baby, and then ruins her relationship with her husband: he begins to have an affair with a secretary (Lee Yeon Joo) at work. It gets so bad for Woo Kyung mentally that her husband even petitions for a divorce. There is no peace living with her, she's too upset all the time, and she even tends to neglect her own little daughter to focus on her work helping other children whom she feels need her more. (For once I had some little bit of sympathy for a wayward husband - did I just write that???). As her marriage dissolves she throws herself even more into her work helping children at the development center, especially children she suspects are being abused at home. It becomes her main compunction in life. 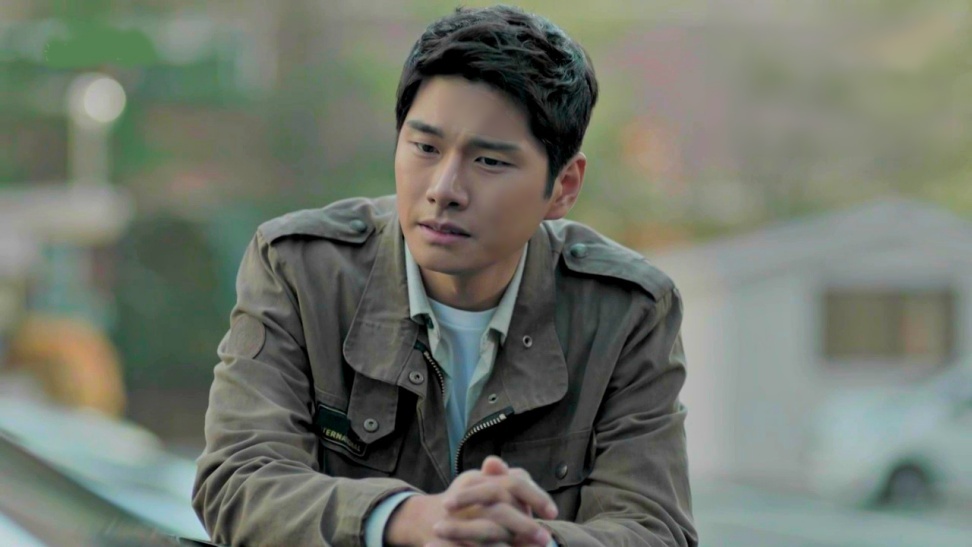 Lee Yi Kyung as Detective Kang Ji Hun
He Really Grew On Me As This Character!

Through this hard work she comes into contact with workaholic detective Kang Ji Hun (Lee Yi Kyung), a dedicated cop on the local police force specializing in child abuse cases plus a possible serial killer case connected to child abusers. He is a no-nonsense kind of a guy, firmly believing criminals should be shown no mercy. He, like Woo Kyung, holds some deep pain within himself from his past, pain that he successfully hides from almost everyone; however, two cops he closely works with admire him, despite any surface insensitivity that he shows people, and they help to make him seem more human as time goes on. (Tremendous amount of character growth here). 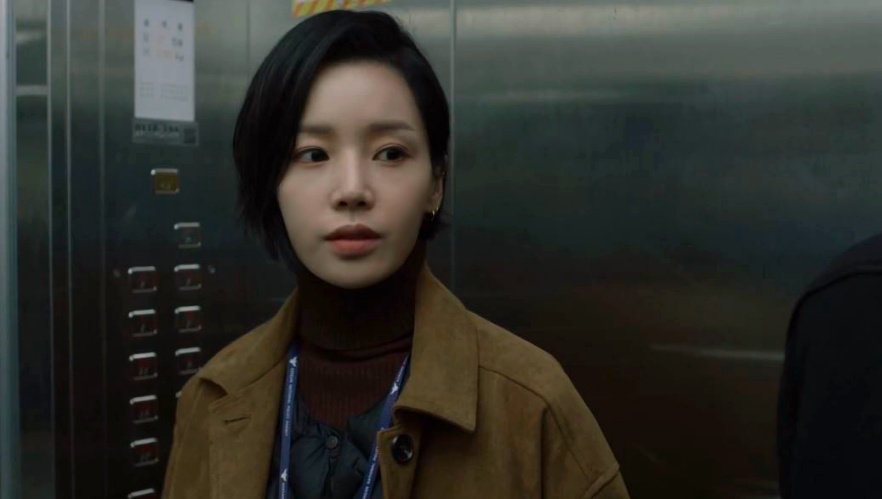 Female detective Jeon Soo Young (Nam Gyu Ri) is his chief partner on cases, and his computer expert is Kwon Chan Wook (Yeon Jae Hyeong, whose character often brought some necessary humor to the story). The three of them are placed by a supervisor in a secret unit, with its own room and computers, and they end up becoming close to Woo Kyung, since she often leads them to sensitive cases of child abuse about to happen, simply because of this "ghost girl" in the green flowing dress who points these children out to her -- without saying a word! She just stands by the next victims as a warning to Woo Kyung, who passes on this information to Kang Ji Hun and his two partners. Once in awhile it's hinted that Kang Ji Hun might be falling a bit in love with Woo Kyung, but that hint is not allowed to interfere with the serious story-line of ultimately saving children from parental abuse. His female partner at times seems a bit jealous of this situation, since the audience suspects that she likes him, but once again that isn't explored much either. All the main attention in this story is really directed toward the children they save. 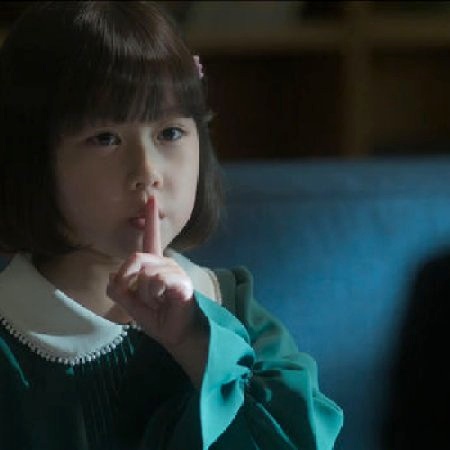 Working at the child development center with Woo Kyung is a sensitive young man whose relatives own and administer the child development center. His name is Lee Eun Ho (Cha Hak Yeon, in a stunning performance) and he takes care of the grounds of the center, the computer systems (watch out!), and sometimes plays with the children to entertain them during recess. His family members seem to have something against him, however, under the surface, and this alerts the audience that something might be "off" with this fellow, who always seems so nice on the surface. The audience eventually sees that he has been abused in his past by his relatives, but they give him a room to live in at the center for free, so he often says he is grateful for their "kindness"; however, we learn there are strings attached. As time goes on Woo Kyung begins to grow suspicious of him, thinking he might actually be the mysterious serial killer that detective Kang Ji Hyun is after, a person who has been taking justice into their own hands and killing child abusers. Will her suspicions prove true, or is the serial killer someone else, someone actually quite close to her, whom she is loathe to suspect? 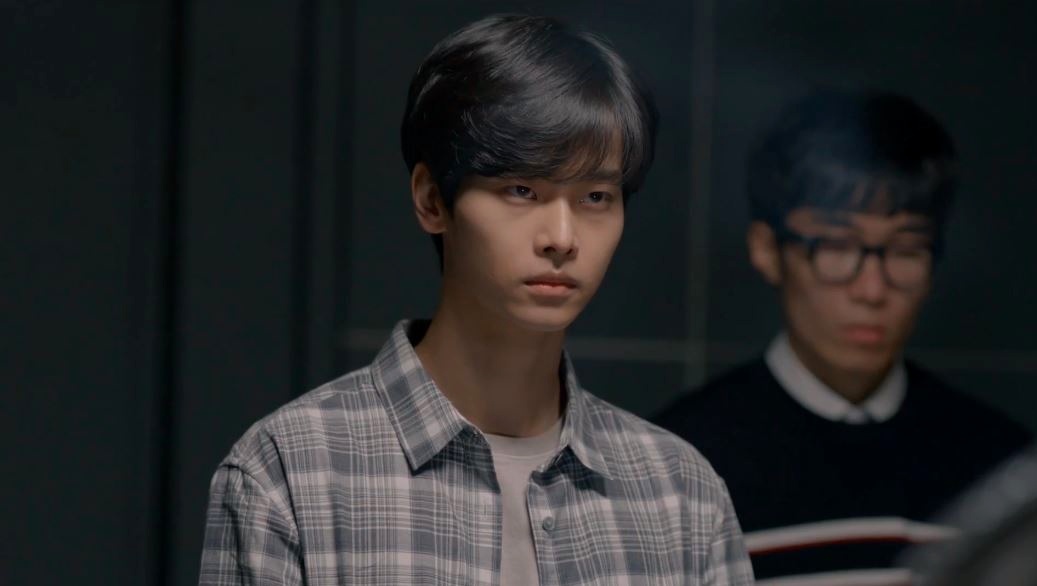 Cha Hak Yeon as Lee Eun Ho
He was utterly fantastic in his role!


It isn't long before a connection is made to most of the child abusers in the story, as people who had been protesting outside a jail entrance at the beginning of the drama, when an infamous woman who had been accused of murdering her own child was released from prison. These protestors had all thrown things at her, screamed at her, carried signs that said she needed to die. Then soon enough that woman is found dead in the hovel she lived in, and police have to decide whether it was suicide or murder.

The long term K-drama fan will see lots of familiar actor and actress faces in this group of people, playing diverse supporting roles. But are their characters actually hypocritically guilty of a similar sin that they accused the released prisoner of committing? Lots of fascinating backdrop stories keep you glued to your screen, and of course the pitiful children in distress are all outstanding young thespians to watch, too. Especially that ghost-like tiny girl in the swirling green dress! We are eventually to learn she might have some somber connection to Woo Kyung herself, and her family. 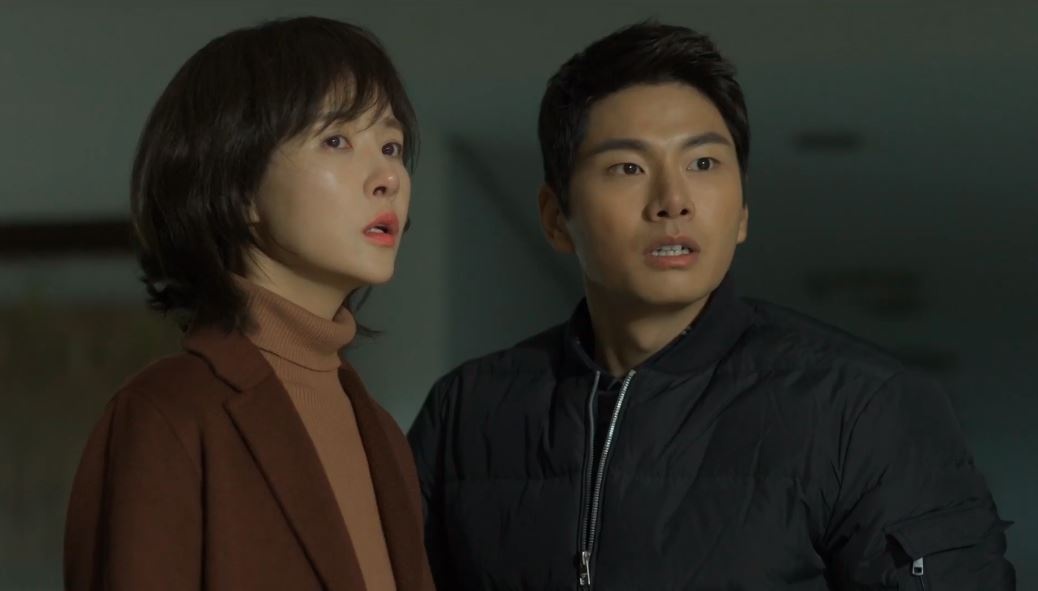 When I looked up who wrote this brilliant and fascinating script I was not surprised in the least that it was the same writer, Do Hyun Jung, who had penned two other suspenseful K-dramas that I had enjoyed in the past, the raw Que Sera Sera (2007) with Eric Moon and Yumi Jung, and the intense The Village: Achiara's Secret (2015) starring Geun Young Moon and Yook Sung Jae. She's fantastic! The director was Choi Jung Kyu, who directed Triangle (2014) with Jae Joong Kim, and Two Weeks (2013) with Lee Joon Ki, both wonderful, suspenseful shows as well. 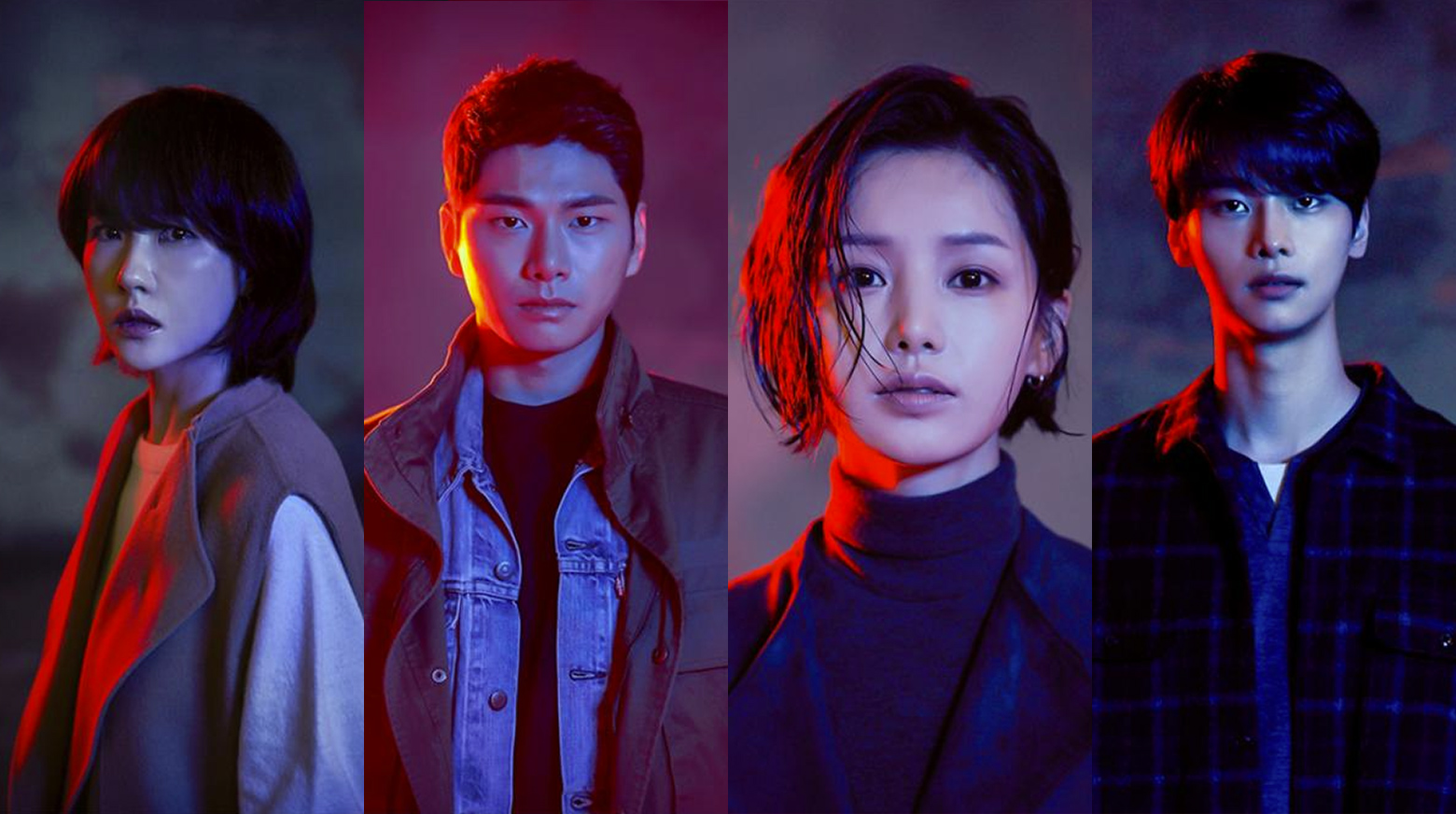 This was a very good production team on Children of Nobody - they should definitely re-team sometime in the future! If you like thrillers in your K-drama fare then most definitely put this drama near the top of your queue. In many ways it was more intriguing than the other recent popular melodrama on the topic of child abuse, Mother (2018), with Lee Bo Young at the helm. It's definitely a difficult subject to cover in a drama, but it needs to be covered once in awhile, to raise public awareness on the issue, and not be swept under the rug.