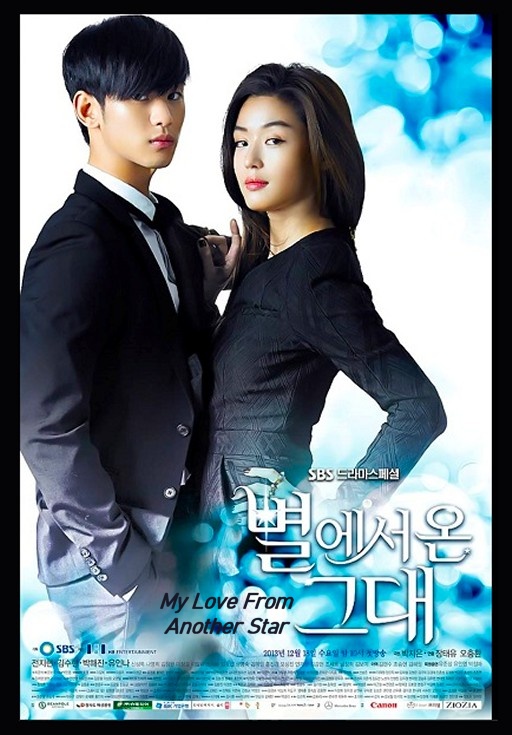 The fantasy romance drama My Love From Another Star (2013-14) meant so much to me that, even just thinking about it as I write this review (while listening to the magnificent soundtrack on my computer), I tear up and feel an ache in my heart! I miss the characters so much, especially our lead couple: our handsome but cynical 400 year transient resident-on-earth space alien Do Min Joon (Kim Soo Hyun, Moon Embraces The Sun, Dream High), and strong-willed but delightfully funny prima donna actress Song Yi Cheon (Gianna Jun, The Legend Of The Blue Sea). This actor and actress had worked together before, on a 2012 film called The Thieves, and their sensual personal chemistry together was plain to see.

I never wanted this drama to end and when it did I felt like someone in my family had died! I know I am not alone in my feelings. This show had Billions - not Millions - but Billions of hits around the world, on websites that aired it twice weekly, December through February 2013-14. It was a WORLDWIDE PHENOMENA. The traffic crashed computer servers that were hosting it! When Kim Soo Hyun traveled to China for a personal appearance while making this show he made 3 million won (Korean currency) and tickets were scalping for $5000 each, just so that people could get a glimpse of him! I am so glad this show has "evangelized" millions of new fans for Korean drama, probably more than any other drama ever produced since the Hallyu phenomena began, circa the year 2000 with Autumn In My Heart.


Especially young people, who are starved for excellent, clean entertainment these days, watched My Love From Another Star religiously week by week, in anxious anticipation for the latest story developments. I was delighted every time I read the fans' glowing, enthused comments as the 21 episode series progressed. I knew there would be a spillover effect of interest in other superb Korean dramas once this one was finally over. America is producing NOTHING remotely as excellent as My Love From Another Star. Hollywood should be ashamed of themselves, year after year producing trash, while South Korea produces masterpiece after masterpiece! 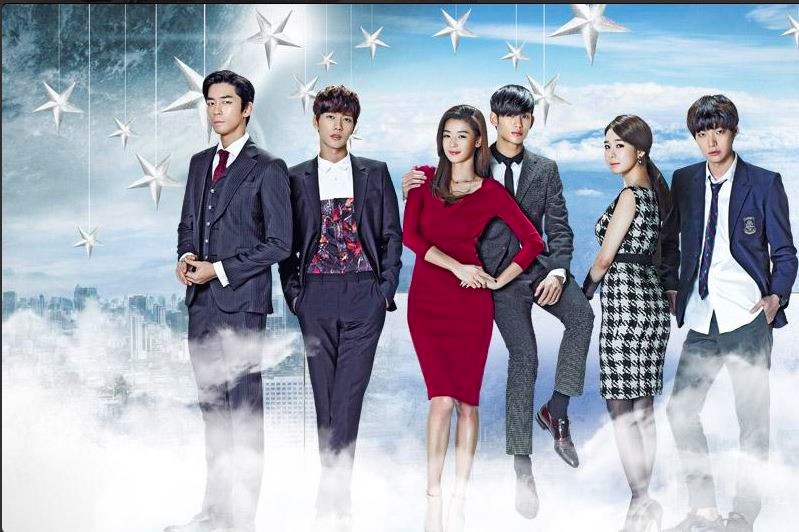 The Story: Our show begins 400 years in the past, in feudal Korea. A young maiden (lovely Kim Hyun Soo), about to get married, loses her fiance to an early death and as she is returning home to her parents suddenly a UFO appears and hovers over earth, almost blowing her conveyance off a cliff! Then suddenly time stands still. A handsome alien, Do Min Joon (Kim Soo Hyun), who had obviously come from the spaceship, approaches the conveyance and pulls the frightened girl to safety. She is grateful to him and he says he will guide her home to her parents, but when they arrive at her house her parents reject her, from misplaced shame over the fact that she came home with a strange man and possibly had been intimate with him.


The men of the community seek to kill the strange Do Min Joon but they fail in their attempt and murder the young maiden instead, who throws her body in front of his to protect him when arrows are fired at him. Do Min Joon weeps in grief. For the next 400 years he is stuck on earth, waiting for a certain comet to pass by earth as his signal that his people are coming for him. He is unable to fall in love with or get too close to humans (if he exchanges bodily fluids with them he could die), and he constantly thinks back to the beautiful maiden who gave up her life for him. He wonders if he will ever be able to see her again before he leaves earth for his star. This is one very lonely person, partly due to being unable to trust humans, who have let him down and betrayed his trust many times in the past. He has gifts that are almost curses: ultra-sensitive hearing and vision, the ability to stop time for one minute, super agility so that he can quickly change locations, even going through walls and doors, etc. Actor Kim Soo Hyun gives a mature performance far in advance of his young years, which is one reason his popularity exploded during this series.

We advance to the present day. Do Min Joon is currently a college professor (he has had many identities and different names over the centuries). He doesn't look one day older than he did when he first arrived on earth 400 years earlier. He keeps to himself completely, except for one close male friend whose life he had saved years earlier, "sunbae" (senior) Young Mok Jang (the WONDERFUL character actor Chang Wan Kim from the film Postman To Heaven and the K-drama Who Are You?). He is like a father to Do Min Joon and the only one privy to Do Min Joon's secret that he is not of this world.

The Alien and the Caterpillar Have A Fight

One day a new neighbor rents the luxury apartment next to his, a beautiful but temperamental, successful actress Song Yi Cheon (Gianna Jun, who is a great actress known for her work in films like Il Mare, Daisy, The Thieves, and My Sassy Girl). There's just something about this young woman that seems so familiar to him. He begins to wonder if Song Yi could be the re-incarnation of his long lost first love, the maiden from feudal Korea. He learns that a young girl whose life he had saved a few years earlier was in fact Song Yi. Song Yi as a child had looked exactly like the maiden he had lost in the past. This shakes up Do Min Joon to his core. Against his will he begins to fall for his beautiful but prickly neighbor in the next apartment. He can't even escape her when he is at work teaching classes, because she is one of his pupils!

Song Yi has a suitor who has loved her since childhood, Hee Kyung Lee (Park Hae Jin, who single-handedly might have brought the turtleneck sweater back to popularity with this role!). He proposes marriage to Song Yi in front of her best friend Se Mi Yoo (In Na Yoo from Secret Garden), also an actress but not on the same level as Song Yi. However, Song Yi turns him down, to the utter amazement of her friend Se Mi, who is secretly in love with Hee Kyung herself. Song Yi calmly and truthfully tells Hee Kyung that she feels she needs to find the man who had saved her life from a possible traffic accident years ago, that even if she had only seen him for a few moments she cannot forget him. Hee Kyung is disappointed but continues to hope Song Yi will change her mind, for what are the chances that Song Yi would run into that same man ever again? Little does he know that this same man is living right next door to the woman he loves, and that every day they are growing closer and closer! 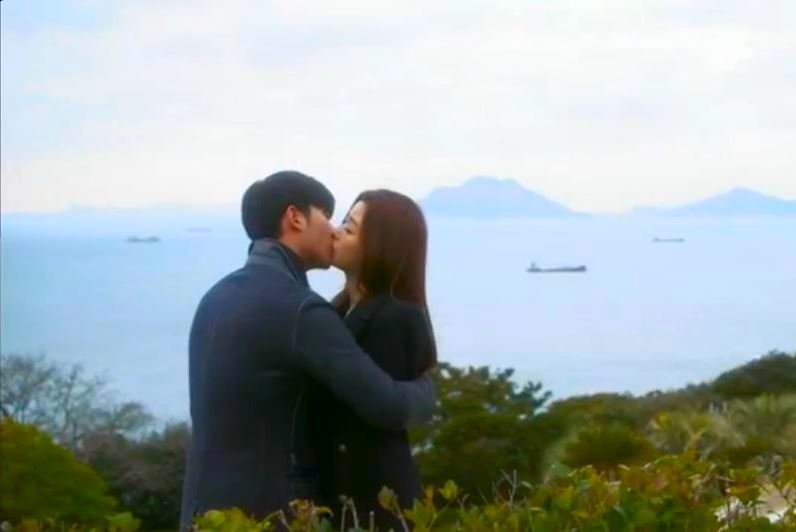 There are the usual subplots in this series, giving additional actors some limelight: Hee Kyung's brother Jae Kyung Lee (VERY tall actor Shin Sung Rok from Thank You) is an evil man who had secretly killed his pregnant girlfriend AND his older brother so that the father, Beom Joong Lee (character actor Jung Gil Lee, whom I have seen in too many dramas to count!) will give the family business to him. Hee Kyung begins to suspect his brother has a dark side and his suspicions begin to bring turmoil into his life and his family's lives. Jae Kyung senses that people are catching on to him, including the police, his surviving brother Hee Kyung, and Do Min Joon and Song Yi.

He decides to target Song Yi first, to get her out of the way, since she had overheard the last conversation between him and his girlfriend before he had killed her. Meanwhile, Song Yi has made some serious career mistakes and loses her popularity with her fans; she goes bankrupt, and to make matters worse, the roles that ordinarily would go to her are now going to her friend Se Mi, which causes a permanent rupture between the two women. Song Yi's long absent father also returns into her life, and her mother and brother Yoon Jae (cutie pie actor Jae Hyun Ahn) move in with her, which stresses her out even more. They don't fully understand her relationship with Do Min Joon, so she simply calls him her "manager".

The closer Song Yi gets to Do Min Joon the more she begins to rely on him professionally and personally. He even saves her life AGAIN, when Jae Kyung rigs her car to lose control, but Do Min Joon stops the vehicle from going over the same cliff that the girl from 400 years ago had almost perished on! History repeating itself. 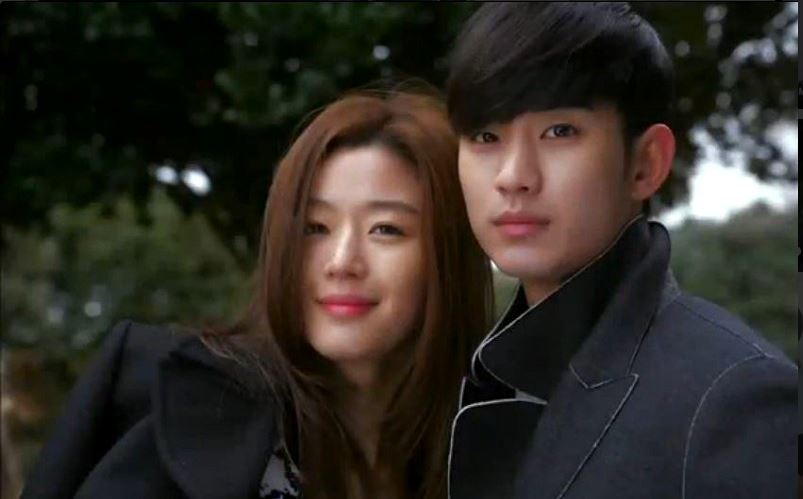 Despite all the dramatic situations going on in their lives, Do Min Joon and Song Yi develop a true love relationship. Their scenes together reminded me of the passion between Hyun Bin and Ha Ji Won in Secret Garden; it had that same type of intensity, with the difference being that if Do Min Joon even kisses Song Yi he is deathly sick for days and she ceaselessly nurses him back to health. She wonders why he becomes ill each time they kiss, and he eventually confesses the truth to her, half hoping that the shock of it will make her run away from him, to save her grief in the long run when he has to return home to his star (an event which is quickly approaching as news of the historic comet bypassing earth is broadcast on television).


However, Do Min Joon doesn't count on Song Yi's incredible personal inner strength; she simply accepts that he is telling the truth about himself. There is much humor and many bittersweet moments in their ensuing relationship. The audience easily becomes just as invested in their relationship as Do Min Joon and Song Yi are with one another! For even more poignancy Do Min Joon keeps a private video diary of his deep feelings about his life on earth and his love for Song Yi, feelings he doesn't feel entirely comfortable admitting to her because he wants to lessen her pain at his eventual departure. But I will tell you this: when he weeps, you will weep too!

Her Dad and His Dad

What will happen with the insane murderer Jae Kyung, who out of desperation is targeting everyone now? Can he be stopped before he kills again? Is there any possibility Do Min Joon can stay on earth and grow old with Song Yi? If he has to leave earth how will Song Yi possibly handle the loss? The haunting ending is for you to discover for yourself and make up your own mind about. :)


Do not miss this unique, supernatural love story. It will be a long time before we see anything like it again. I predict it's going to stand the test of time and be just as popular years from now as it is today. When a show is this well loved it will be remembered fondly for many years to come. Someday maybe even your own children or grandchildren will watch it!


Buy My Love From Another Star on DVD from AMAZON