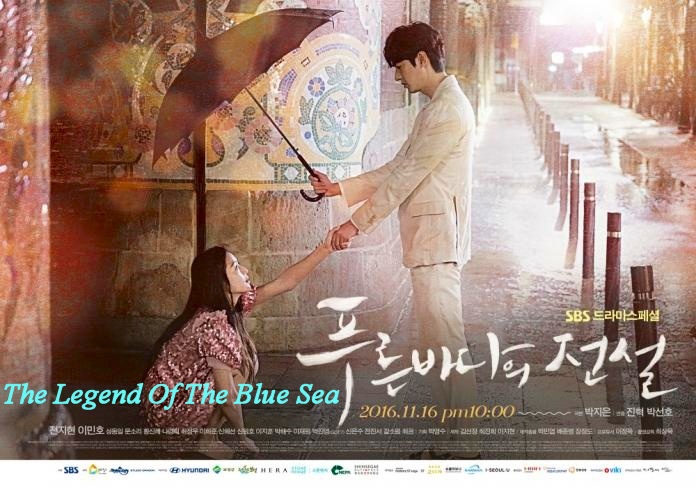 
I so wanted to fall in love with this fantasy romance drama, The Legend Of The Blue Sea (2016-2017), which had flashback historical drama scenes thrown in to create a certain moody mystique for the audience, but after only a few episodes I quickly became bored. I'm not quite sure how I stayed the course with this show except through sheer will power. I expected this to be an A rated show --- and they tried --- but all it did was make me miss the far superior crowd pleasing worldwide hit K-drama My Love From Another Star (2013-2014) whenever I laid eyes on actress Gianna Jun, and it made me miss the far more passionately executed and directed Faith (2012) whenever I laid eyes on Lee Min Ho. Perhaps if I had seen Blue Sea BEFORE these other two shows I would have been more bowled over.

For whatever reasons I just didn't see that much chemistry between the two leads. They seemed like they were acting with one another, whereas their chemistry with their former co-stars (for Gianna Jun that was darling Kim Soo Hyun and for Lee Min Ho it was delectable Hee Sun Kim) was completely natural and unforced. Although Gianna's character had moments of funny business in this show too all they really did was remind me of how utterly hilarious she had been in My Love From Another Star. (It didn't help that some of the same cast members were in Blue Sea, too, as constant reminders!). There was a no holds barred style of humor in Star; in Sea Gianna seemed far more reserved. How can great humor be reserved? When I want to laugh I want to ROAR with laughter, not titter. I want Monty Python humor, not Grandpa's old stale jokes around a dinner table.


To be sure, the stars looked physically gorgeous, the cinematography was lovely, and the music was very pretty (every time Lyn sang the lyric "This Is Amazing!" in the lead song I got goosebumps!), but there just has to be more - there has to be an authentic affection between the two stars and I just didn't see it here, it always seemed forced to me (in press conferences before the show ran they even admitted they had trouble in that department, so it's not just my own perception on the matter).

Also, one more complaint: there were too many extraneous characters in this drama who left me cold, like the two clingers-on who lived with the male lead character in the modern part of the story. I didn't see much reason for their existence except to plump up a story that didn't need plumping up. (They weren't nearly as cute as the two in Oh My Venus). Whenever the drama focused more on the main couple it improved, but  when it tried to distract the audience with side characters' personalities and issues it became boring. ("Where's the remote, honey?"). Since the writer of this drama was Park Ji Eun who happened to write My Love From Another Star too, it was doubly curious to me why it felt so flat. Maybe pressures were brought to bear on her to do things against her will. That's happened before to screenplay writers in K-dramaland history. 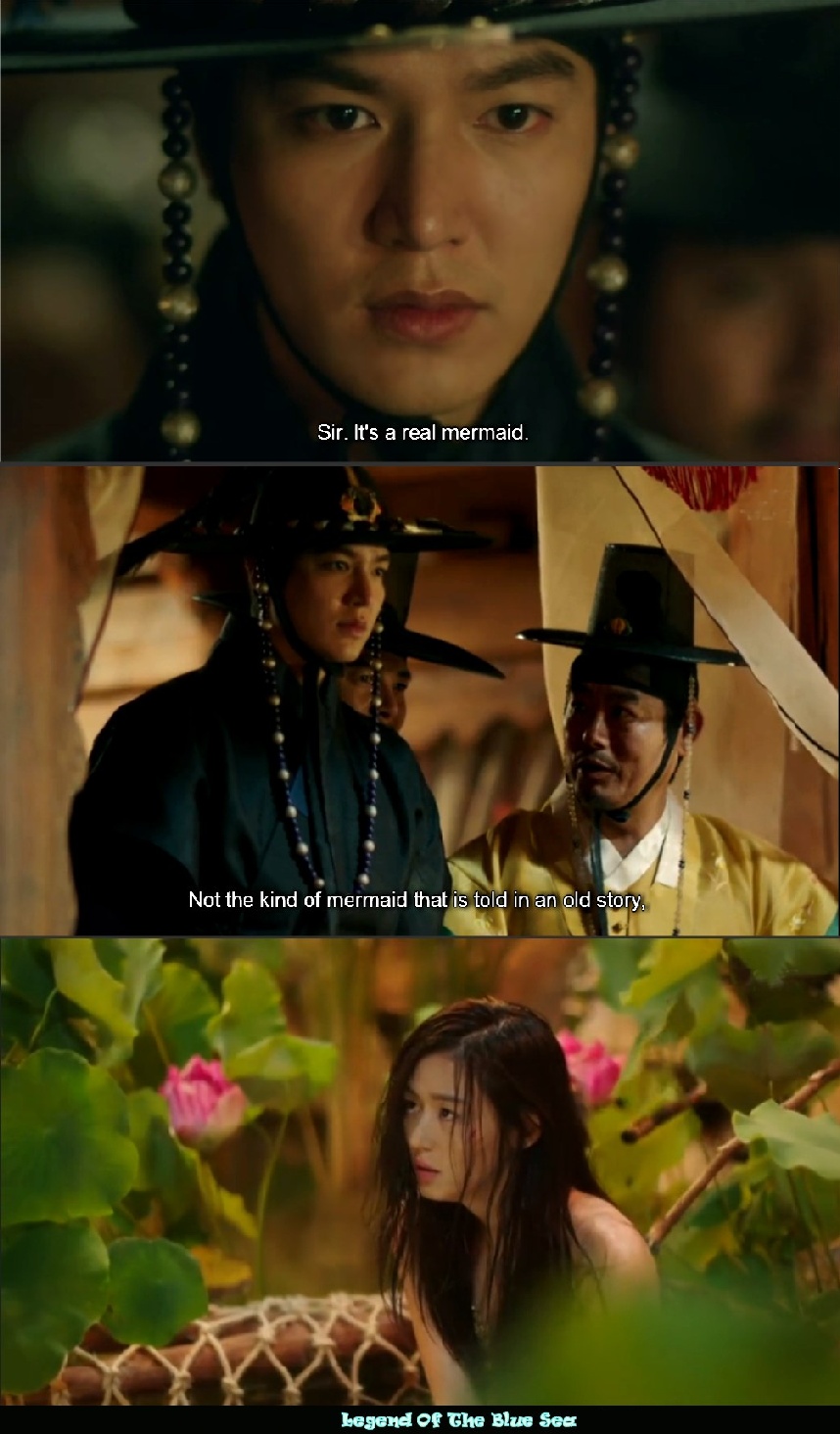 
Inspired by a classic Joseon legend from Korea's first collection of historical fairy tales, about a fisherman who captured a mermaid and fell in love with her, Legend of the Blue Sea tells the story of the son of a Joseon noble family named Kim Dam Ryeong (Lee Min Ho) and a mermaid he becomes smitten with (Gianna Jun).

When Dam Ryeong was a young boy he almost drowned but was saved by a beautiful mermaid. Following the incident they became friends and Dam Ryeong named the mermaid Se Hwa. They end up falling in love, but one day when Dam Ryeong was old enough he was forced by his family to marry another girl whom he didn't love. Devastated, Se Hwa decides to leave Dam Ryeong forever, but before she leaves him she erases all his memories of her and their childhood love.

However, fate brings them back together again in full adulthood. A villain named Lord Yang (Sung Dong Il from It's Okay That's Love) captures the mermaid and has evil intentions toward her (not to mention he doesn't like Dam Ryeong either). Dam Ryeong stares at the captured mermaid and seems to feel drawn to her for inexplicable reasons. He rescues the mermaid from Lord Yang, and then slowly begins to remember her identity from his past.

Fearing that the same ill-fate that afflicted him and Se Hwa earlier will replay itself again in their future lives, Dam Ryeong sends a beautiful vase artifact (with their own images carved on it) through time, to be discovered in the future, in an attempt to warn his reincarnated self of his true love relationship with the mermaid. Yet another tragedy befalls them, and the dual fates of Dam Ryeong and Se Hwa become entwined again in their modern day incarnations. 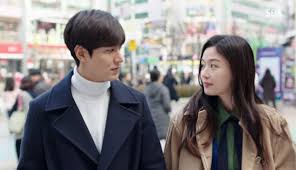 Dam Ryeong is reborn as Heo Joon Jae, a charming rich businessman (sometimes a con man when it suits his purposes) who travels the world for his company. He once again meets a mermaid who looks like Se Hwa (whom he later names Shim Cheong) but this time in romantic Spain, and the mermaid magically transforms into a human woman who is quickly drawn to Joon Jae like a bee to honey. Within a short time he seems intrigued and then enamored by her, too, so their reincarnated selves are once again brought together in a mysterious way.

Mother Son Reunion
Literally The Only Scene That Made Me Cry!

Linked by peculiar dreams, the mysterious vase artifact, and personal histories of family sadness (much was made of Lee Min Ho's character's missing his mother for many years, a woman (Na Young Hee) who had disappeared from his life for unknown reasons), Shim Cheong learns to make peace with her own past, her own losses, her love feelings for this fallible human man, and Joon Jae in turn learns to his amazement all about Dam Ryeong's former world, his complicated relationship with the mermaid of yesteryear, and what had happened to his mother. They are reunited in a beautiful scene (it's a little odd because the actress who plays his mother played Gianna's mother in My Love From Another Star! - talk about sharing mothers!). He matures, and tries to prevent the same tragedy of separation and death from befalling them once again.

Will both of them succeed and be able to come together permanently as husband and wife, for a happy ending? Or are they doomed to repeat the same unhappy history over and over again through future generations? 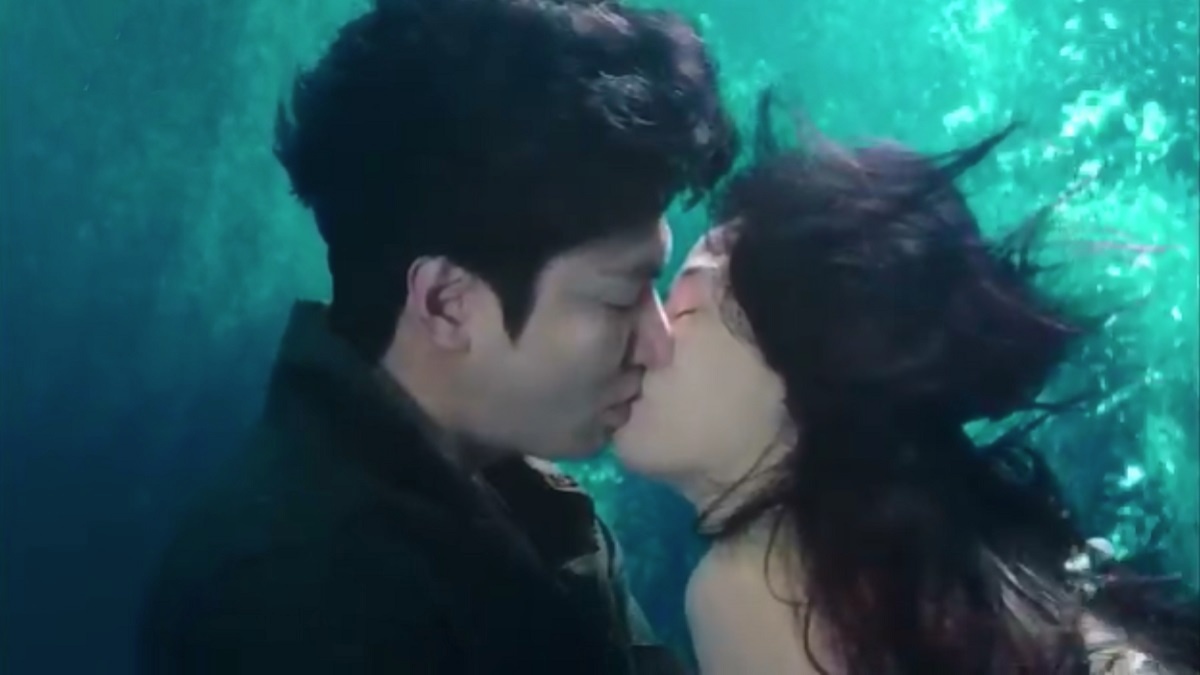 I must confess that when I watched the last episode what ultimately happened was no surprise to me, and I remember calling out, "Thank God it's over!" (and my children laughed). I wish I could have totally fallen in love with this drama but maybe you, dear reader, will like it more than I did. It's not a drama I would ever watch again, whereas I've re-watched My Love From Another Star and Faith too many times to count! Everyone's different, though, so take a stab at it if you love the stars. 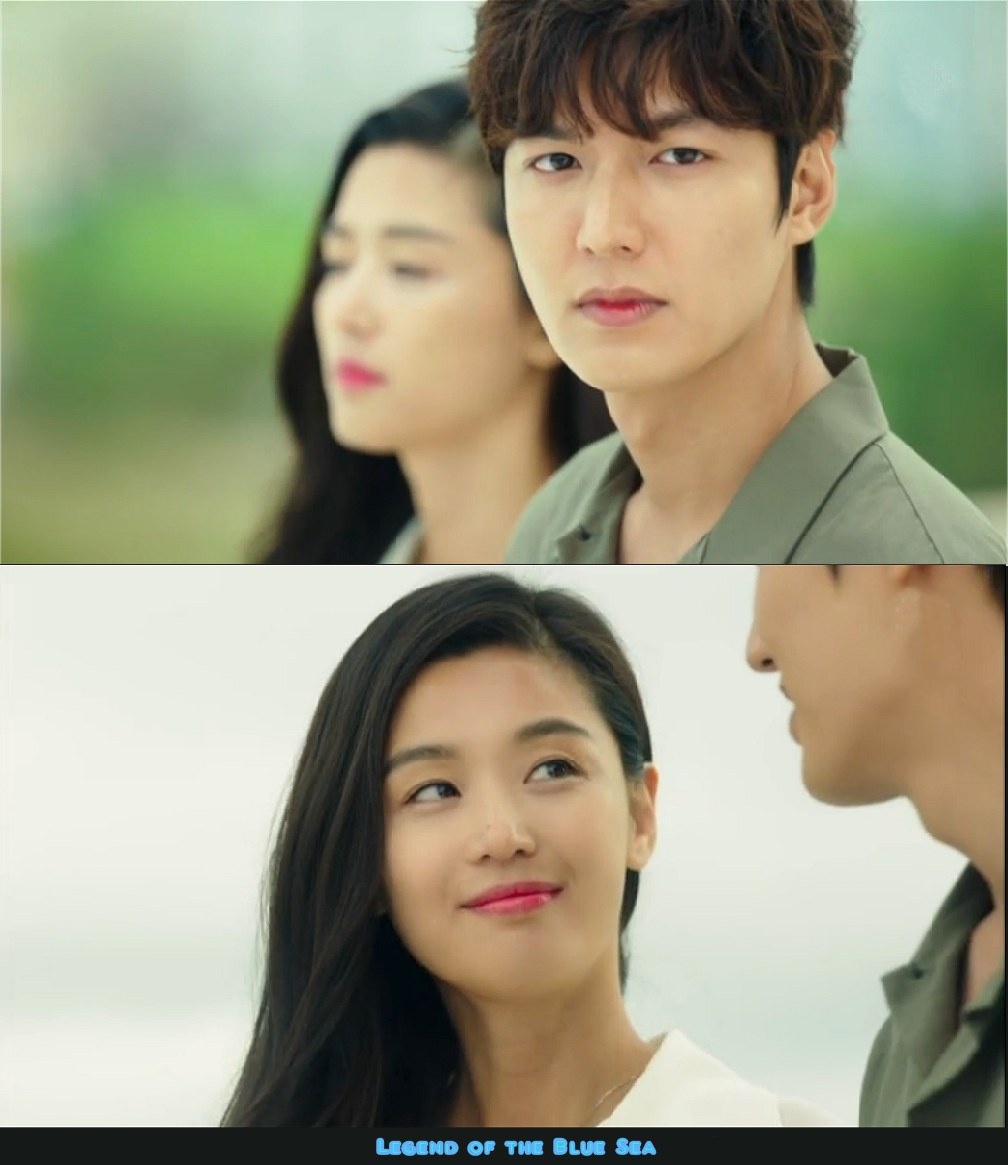