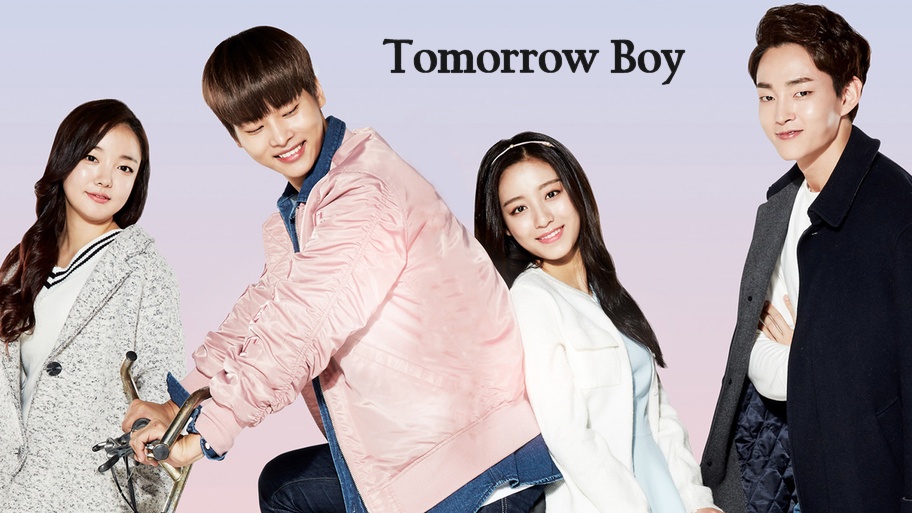 I like to look for short K-dramas to breeze through while waiting for new episodes of longer K-dramas I'm watching to be broadcast, and in early 2020 stumbled on this web drama I had somehow missed, called Tomorrow Boy (2016). With only five short episodes you could finish this off in one evening. I usually don't bother watching too many idol-driven dramas like this one, since I'm SO much older than a teenager, but the devoted young actors in this one kept my attention. Their enthusiasm made me enthusiastic too, to find out what happened to all their characters by the end.

The Story: Tae Pyung (boy idol N) is a high school orphan, living with his grandmother and three younger siblings, who is able to go to a prestigious private high school because of his outstanding grades which helped to give him a scholarship. He also happens to be a good athlete too and so all the girls in the school have crushes on him and fantasize about him (which makes some of the other boy students jealous, including one named Nam Soo - played by Yoo Yeo Woon - who is always spreading gossip about him and finagling ways to get him bullied by boys in his gang). 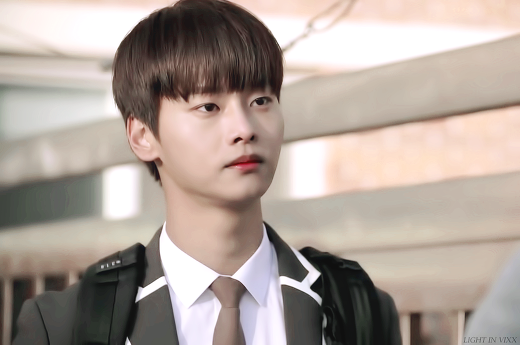 All the school girls think that he's from a rich family, but he also has a secret: he's poor and he works several odd jobs, like janitor and pizza deliverer, day and night when not in school, to help support his extremely poor family and to pay off a debt his late father had left behind him.

One evening, after working as a boy model, his amusing boss asks him to run an errand for him, to get him a fast food hamburger. While he is at this fast food restaurant there is a sudden robbery, and he defends the store owners and customers from the violence, including a pretty young girl from another school named Jo Ah-ra (Kang Min Ah), and everyone is grateful to him.

Jo Ah-ra thinks he's rich and her new Prince Charming, she begins to follow him around to try and get his attention, but will she still like him when she finds out he's more like the Pauper in The Prince and the Pauper, and works odd jobs just to survive?

It's a cute and upbeat teen story that easily appealing and because of the poverty of the main character a bit more sympathetic than many of the teen idol K-dramas out there. Check it out and see if you enjoy it. I did. :)