This short K-drama called Ordinary Love from 2012 really surprised me. I took one look at the cast and description of the plot and said, "I'm in!" This "ordinary love" was actually quite extraordinary. In fact, I consider this drama in my top five of short K-dramas watched in the past few years, and I give it an A for suspense, intense acting, well timed surprising plot twists in episode three and near the ending of episode four, and lovely scenery filmed in "the Europe of Korea", namely the city of Jeonju, toward the middle left southern area of the country. 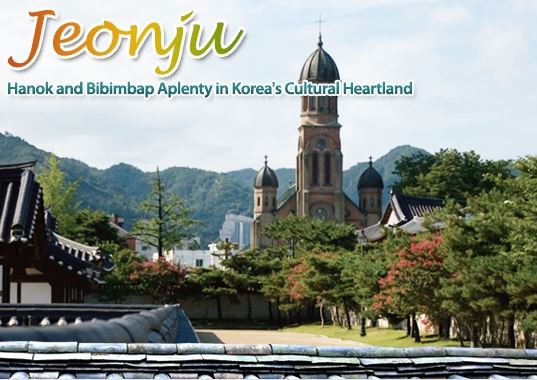 I could see how beautiful it looked there even though they filmed it in wintertime. I can just imagine how gorgeous it must be in Spring and Summer! Filmmakers should go in Summer and set a drama there. One can even see the evidence of the country's religious Catholic influence; in fact, the drama begins in a Catholic church confessional, with the female lead asking forgiveness for her sins from her priest, who seems to know her very well, sympathizes with her, and jokes with her, making her smile. I've never had a Catholic priest do that with me ... most of the time they were sleeping! ;)

The Story: A lady tour guide at the historical city of Jeonju, named Kim Yoon Hye (played by actress Yoo Da In from The Night Watchman's Journal, and One More Happy Ending), meets a travel photojournalist named Han Jae Kwang (played by actor Yun Woo Jin from Arang and the Magistrate, Kara: Secret Love, When A Man Loves, and in a cameo played the brother Jae Kyung killed in My Love From Another Star), but he has a secret reason for hanging out where she works, paying for private tours, and taking pictures, especially of one certain area of the forest with old police tape still around it: the tour guide's father Kim Joo Pyung (veteran actor Lee Sung Min from Misaeng and King 2 Hearts) is on the run from the law for supposedly killing his older brother seven years earlier in that spot in the woods.

However, did he really do it? The photojournalist hopes that if he hangs around the tour guide long enough that he might be able to glean information out of her about the details of her father's whereabouts, or his older brother's death. But he doesn't count on falling in love with the tour guide! (Would you fall in love with the child of a possible murderer of one of your family members?).

To his credit he does admit to her early on his real identity and the real reason he began hanging around her, inventing all kinds of excuses to be near her. To her credit she is honest and simply says she does not know where her father is, that she hasn't seen him in all the years since the murder. You can hear the pain in her voice, how much she misses her father. She really doesn't believe he is capable of the crime of murder, because he raised her so decently. 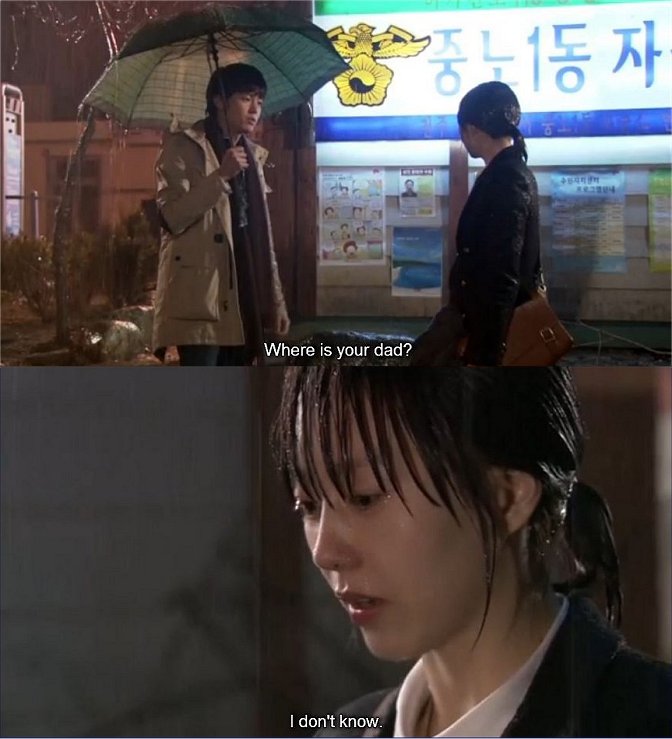 His mother (played by veteran actress Kim Mi Kyung - nicknamed affectionately "Horseface" among K-drama fans - from dramas like Master's Sun, It's Okay, That's Love and many more) shows up to see her son, and quickly notices his growing affection for this girl Yoon Hye, the daughter of the alleged murderer of her oldest son Jae Min (Kwon Se In) whom she idolized. She angrily tells her surviving son not to see the girl anymore (I didn't blame her one bit, even though I liked the girl!).

However, Jae Kwang hasn't had a warm relationship with his mother since his brother died, he felt eclipsed in his mother's eyes because his older brother was a genius who had just become a lawyer, and she in fact is hiding secrets from him about his brother who died. Personal things. REALLY personal things. What could those secrets be? (and they were dillies! I sure didn't see them coming! -- but I STILL sympathized with the mother's feelings, all due to the incredible performance of Kim Mi Kyung!). 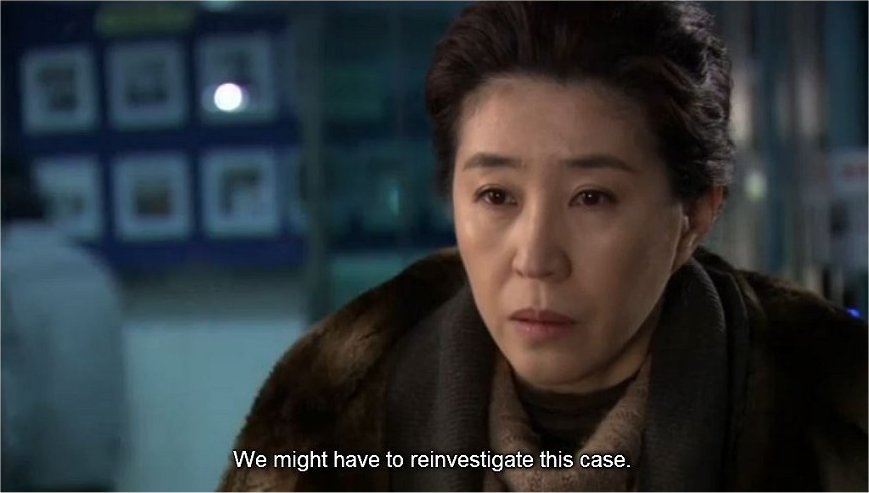 The father of the girl, who has been on the run for seven years, manages to sneak peeks of his daughter from a distance once in awhile, as well as his own elderly mother who lives with his daughter. The daughter totally believes in her father's innocence and begins doing her own detective work, along with the photojournalist, who gravitates to her side in defiance of his mother, to find out the real circumstances behind the brother's death. They promise themselves that when this adversity is over they will have an "ordinary love", go on ordinary dates like other couples do. At one point they try to have a simple date but it's cut short abruptly by unforeseen events: Yoon Hye happens to spot her father on a bus staring at her longingly, pitifully. 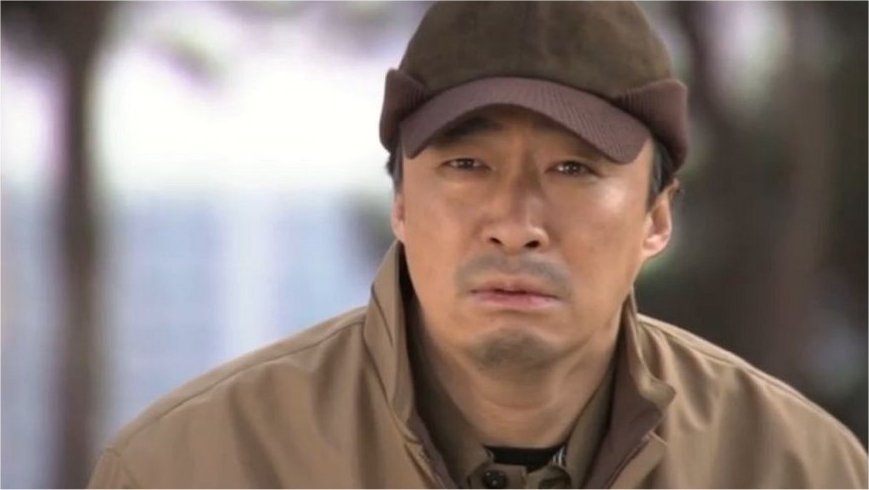 
In flashbacks we see the canvas of both families' dynamics slowly revealed, including other people who knew both families, who might have been involved with the dead brother's murder. I have to say that I was totally fooled -- the writers were brilliant and kept me guessing the whole time. I also enjoyed the flashbacks to the tour guide's childhood since actress Moon Ga Young (Mimi, EXO Next Door) played the tour guide when young and I love that sweet actress. When the tour guide's father disappeared after the murder she tries to commit suicide by jumping into a lake, but can't quite bring herself to go through with it. Someone is watching her, feels compassion for her, and feels guilty he can't help her with her grief. 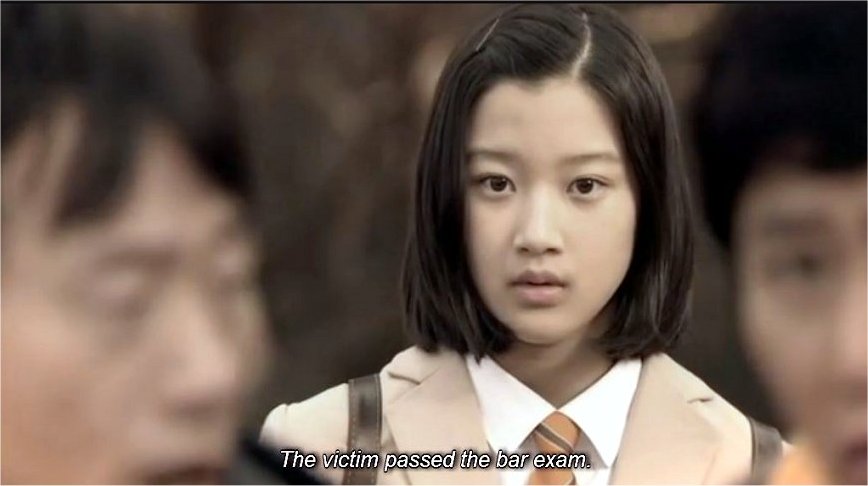 I don't want to give away the incredible plot twists or the ending of this fine, nail-biting drama, you'll simply have to watch this drama to discover them for yourselves. It was a good thing my children went to the grocery store for me when I was watching the last episode four because I was bawling my eyes out! 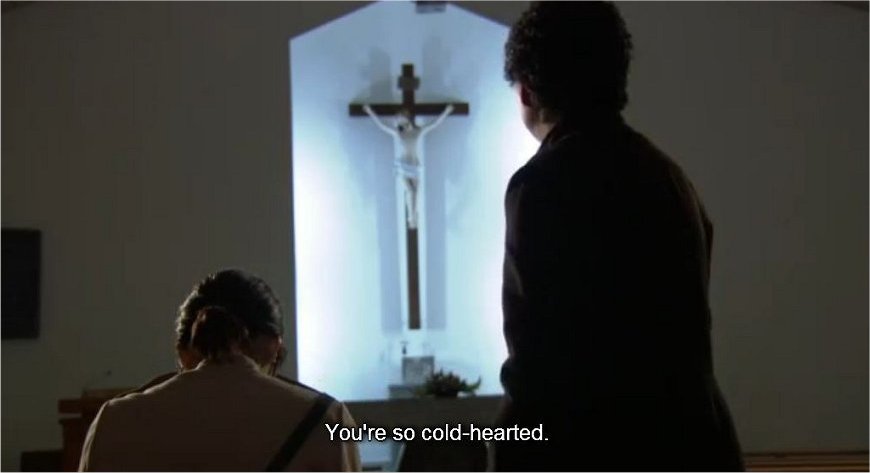 How effective a 4 hour drama can be -- the best things DO come in small packages sometimes -- the two leads won acting awards for their roles, and to my mind Kim Mi Kyung gave the very best performance of her career in this one -- and I've seen plenty of dramas with her in them. None can compete with this drama, a superb murder mystery.

It's so refreshing to watch a K-drama which isn't filled with standard cliches, but rather is a well written, unique murder mystery that will leave you guessing until the very end. Trust me -- don't miss this one!

You can watch it on KBS' own YouTube Channel at THIS LINK. Their English subtitles are burned into their print.

I would add that some later scenes (in episodes 3 and 4) might be a bit disturbing to children under 12, so parental discretion is advised.