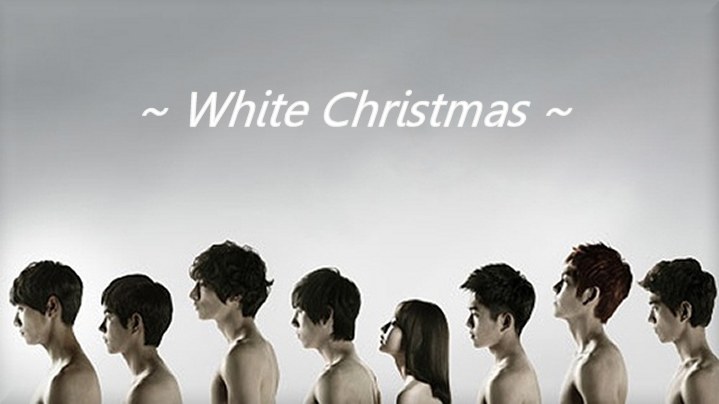 When I read the cast list of the 2011 short K-drama White Christmas, a special drama which only lasts 8 episodes, I knew I had to watch it. I watched this one alternately on my Smartphone and my laptop. At first I was confused by the story, it seemed so dreamlike and different from the norm; however, when I finally realized this drama was Korea's modern take on The Lord Of The Flies, with a different twist at the end, it finally clicked with me and I became engrossed in it.

Are human beings evil from birth, or are monsters made as they grow up and mature and wrestle with the ups and downs of daily life? I know the Bible claims that humans are evil from conception (that's why they need the Savior), but many people have troubles accepting that viewpoint. Stories like Lord Of The Flies and White Christmas confirm that humans are inherently evil in nature, not good. Sorry, dear Anne Frank, you were wrong, and the monsters ended up killing you, too.

This story is not as bizarre as it appears at first - we have seen many school shootings over the years, and there was no reaching the sociopaths who were out to destroy and maim others. A sociopath is incapable of remorse or redemption. Those parts of their brains are irreparably damaged. They are obsessed with the evil inside themselves. The only remedy to stem the tide of their evil nature is to lock them behind bars, or mental institutions, to protect other citizens from their bad influences. 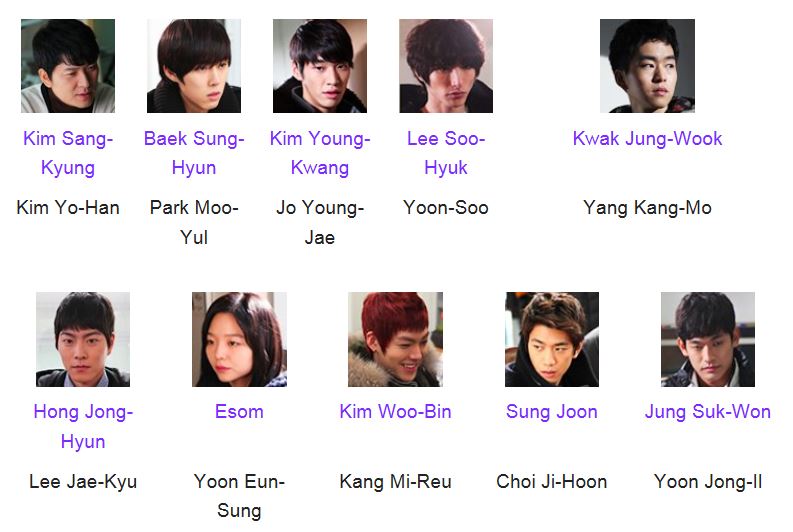 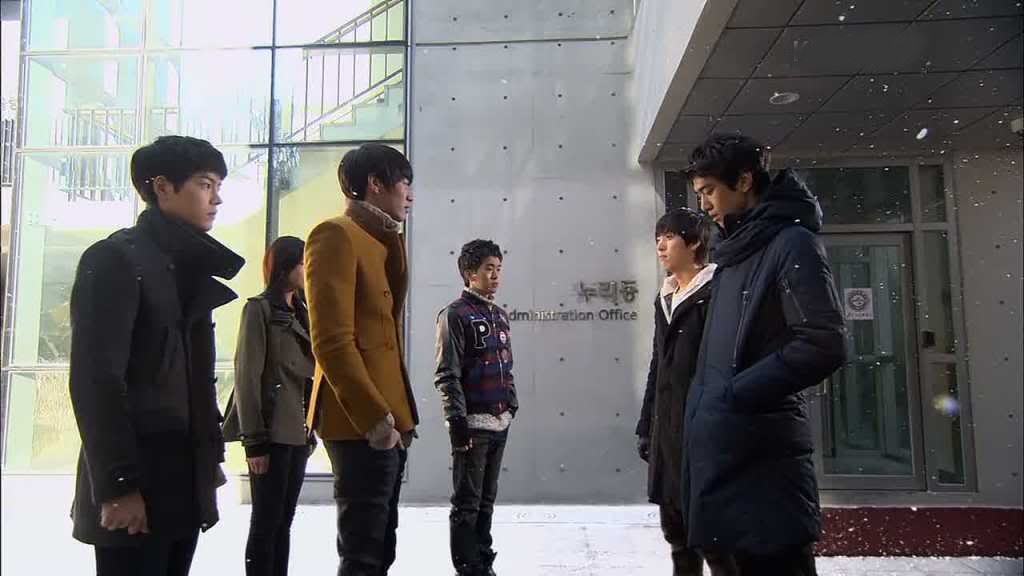 The Story: We explore the lives of several gifted students who are left behind with one teacher as chaperone in the most prestigious private high school in the country during Christmas break. It is hidden away in the snowy mountains and isolated from civilization. The audience is left to suppose their parents neglect these students and really don't care if they come home for Christmas break! (Watch out there!). The students are not close to one another in the beginning: there are cliques (just like in Lord Of The Flies!), so there is some friction there, emphasized more because of their wintry isolation from civilization.

I felt lonely myself whenever they gave us a long visual shot of this secluded school. I would never want to go there, no matter how rich my parents were! Only the most elite students in the nation are accepted into the school, and most of them seem to have some personality quirks or disorders.

The moral leader of the group seems to be established early on as Park Moo Yul (wonderful Baek Sung Hyun, one of my biases); the most troubled psychologically seems to be Yoon Soo (Lee Soo Hyuk who gave a moving performance here); the most flamboyant, clown student is red-haired Mi Reu (Kim Woo Bin). The smartest intellectually seems to be the quiet Ji Hoon (Joon Sung). The one female student Eun Sung (Esom) seems to have two of the boys interested in her, but we learn soon enough that she is a girl who had attempted suicide in the past and has a bad reputation for instability. The others are simply followers. 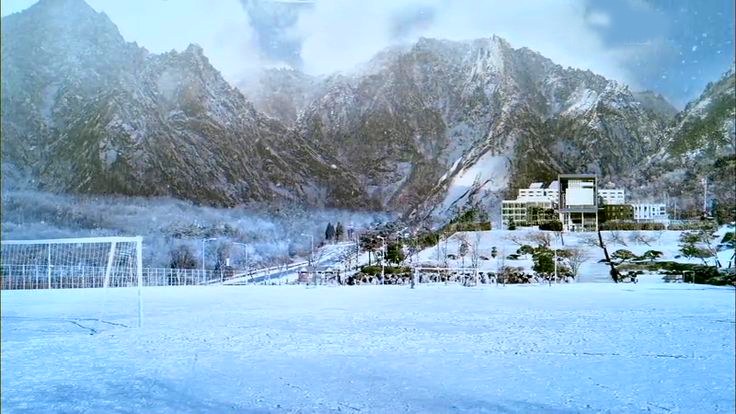 Then an adult man (Kim Sang Kyung from the film The Tower) arrives at the gated door of the school and begs to be admitted; he is bleeding from the head and says he was in a car accident and has walked many miles to find someone to help him; they let him in and soon the one teacher chaperone disappears and is assumed dead. There is evidence of foul play when their computers go down and their phone line goes down and no cell phones work. The students start to wonder if one of them is messing around, or might even be a murderer, and that each of them might be the next one to disappear. Their already fragile relationships begin to splinter even more under all the stress. 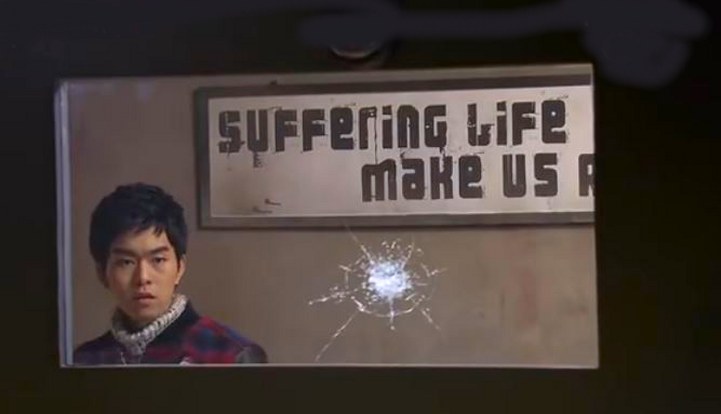 The only adult present is the car accident guy and he passes out a lot, seems to have a concussion and anemia from loss of blood, as well as a broken arm. So the students all doubt the accident guy could be the possible killer of the teacher.

When he does manage to come to he claims to be a medical psychiatrist and the boys try and attend to his injuries and draw him out more about himself. He seems to become interested in their family backgrounds. Is he trying to help them, or does he have a more nefarious reason for trying to learn more about them? 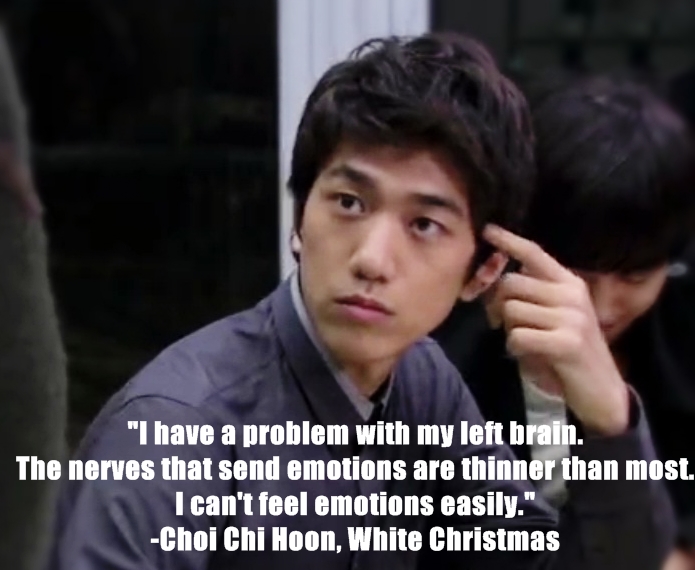 We are given the answer in episode 5 out of 8 of this series as to what is really going on, a psychological war breaks out between everyone, eventually police are concerned enough to go to the school to figure out why the communication lines are down. Then all that's left for you, the audience, is to wonder how everyone will deal with possible foul play: will the stress of the situation cause the students themselves to become monsters, or will it unify them to do the right thing and be smart about extricating themselves from a dangerous situation? 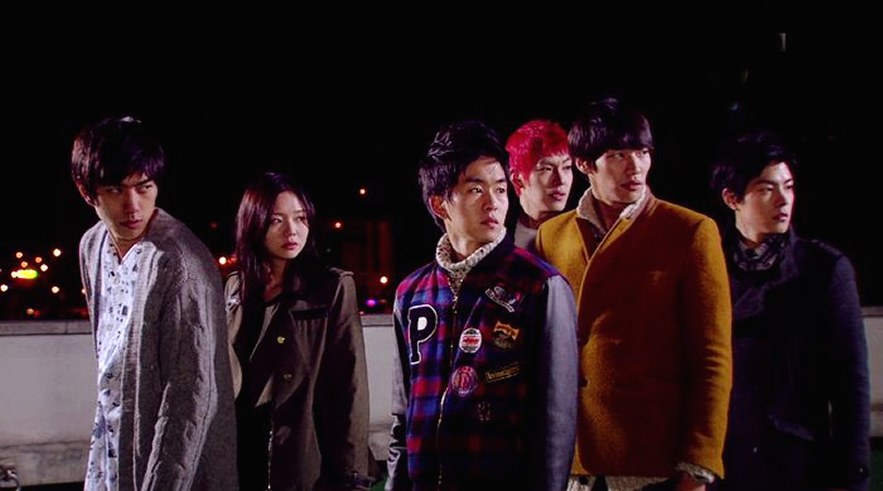 Although confusing at first, I ultimately ended up liking this drama a lot. It certainly was different from the norm and kept me on the edge of my seat! So many of the young actors in this show, most just starting their careers, went on to become famous in other dramas and films. I grabbed some screen captures, below. The English subtitles are excellent. Enjoy the show! 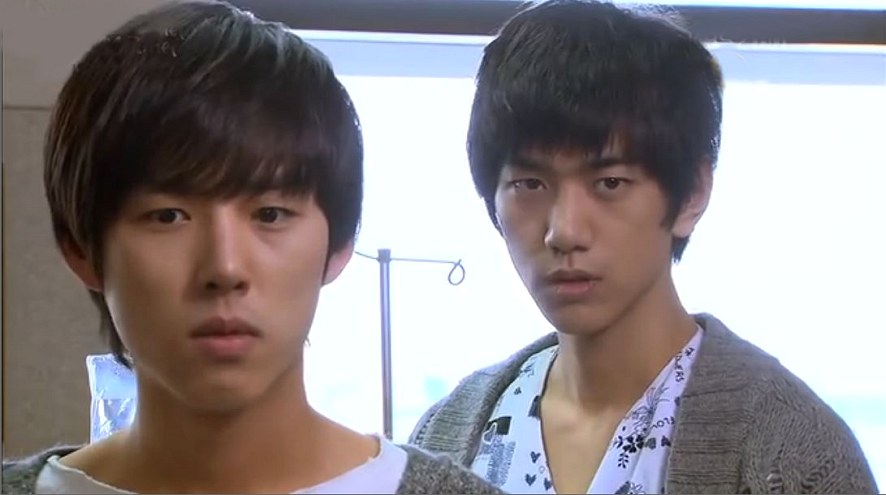 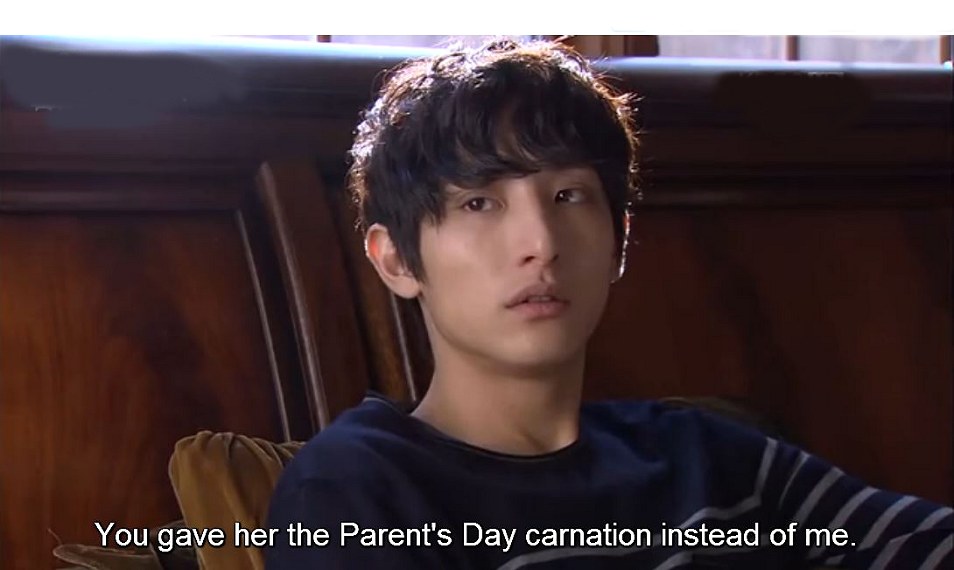 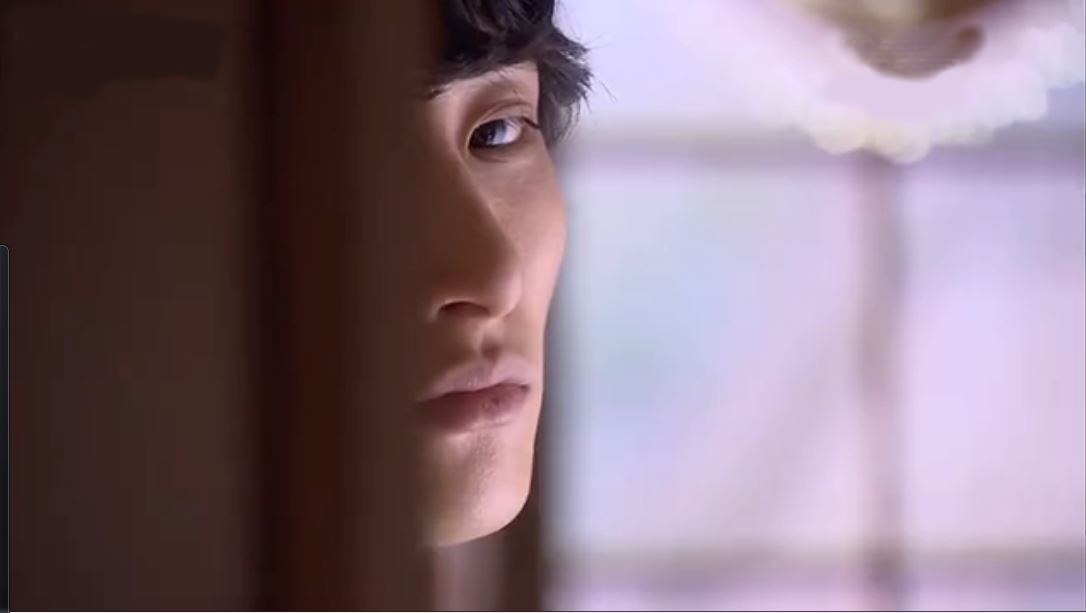 Yoon Soo (Soo Hyuk Lee) seemed to
represent the character of Simon in
Lord of the Flies: troubled mentally / doomed 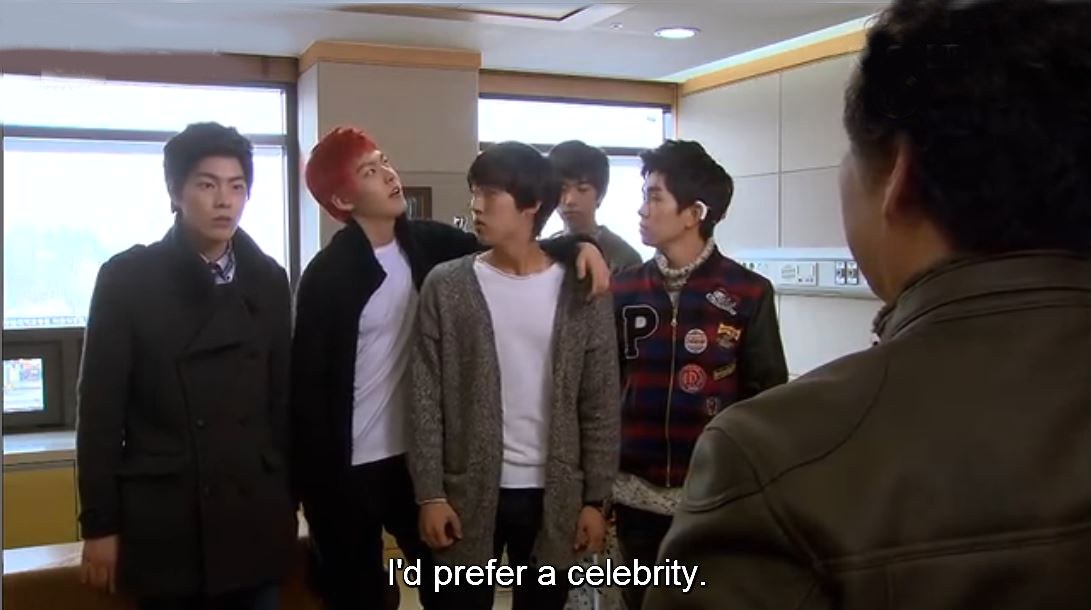 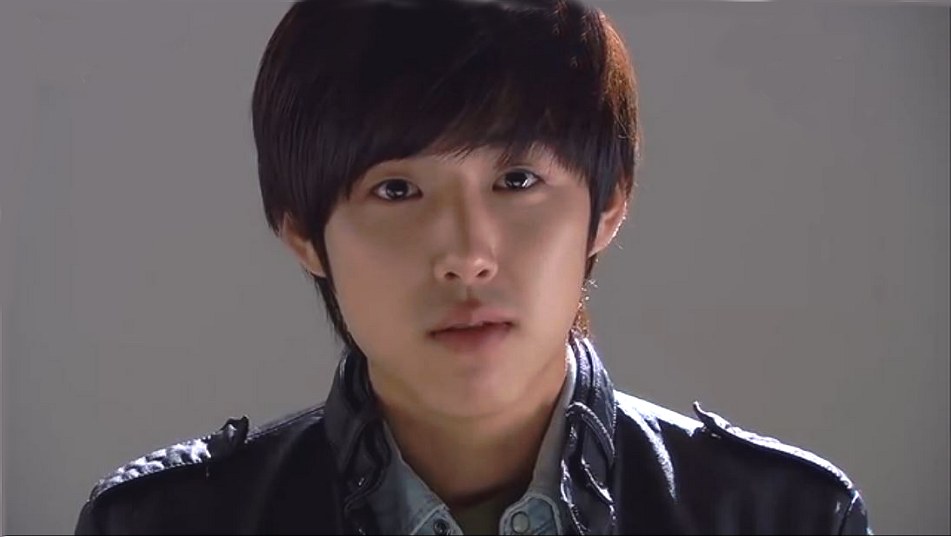 The character played by Baek Sung Hyun
was my favorite in the drama. He played
the younger Kwon Sang Woo in Stairway To Heaven
eight years earlier - very great actor! He was equal to
the character of Ralph in Lord of the Flies 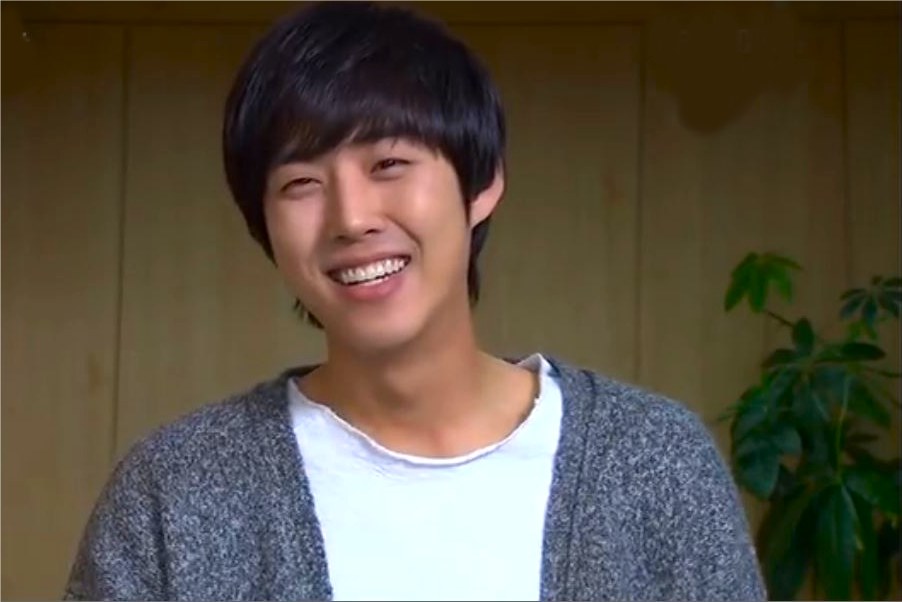 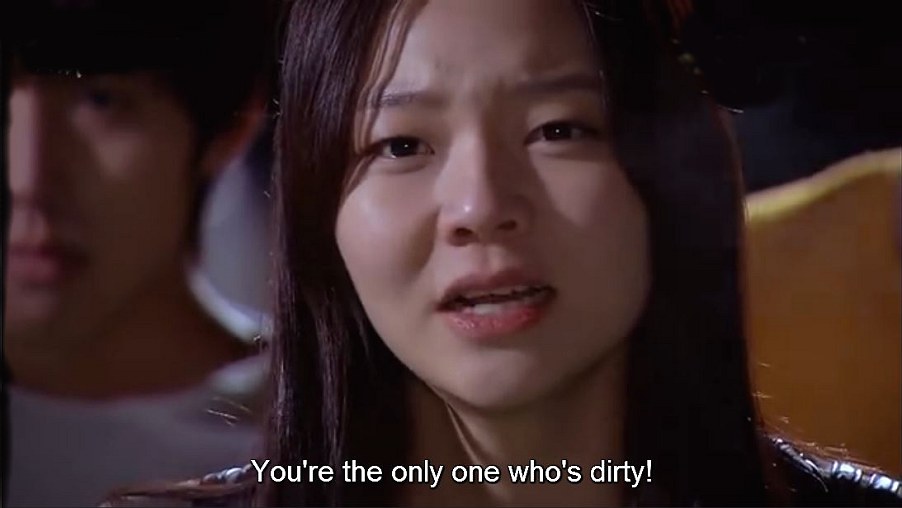 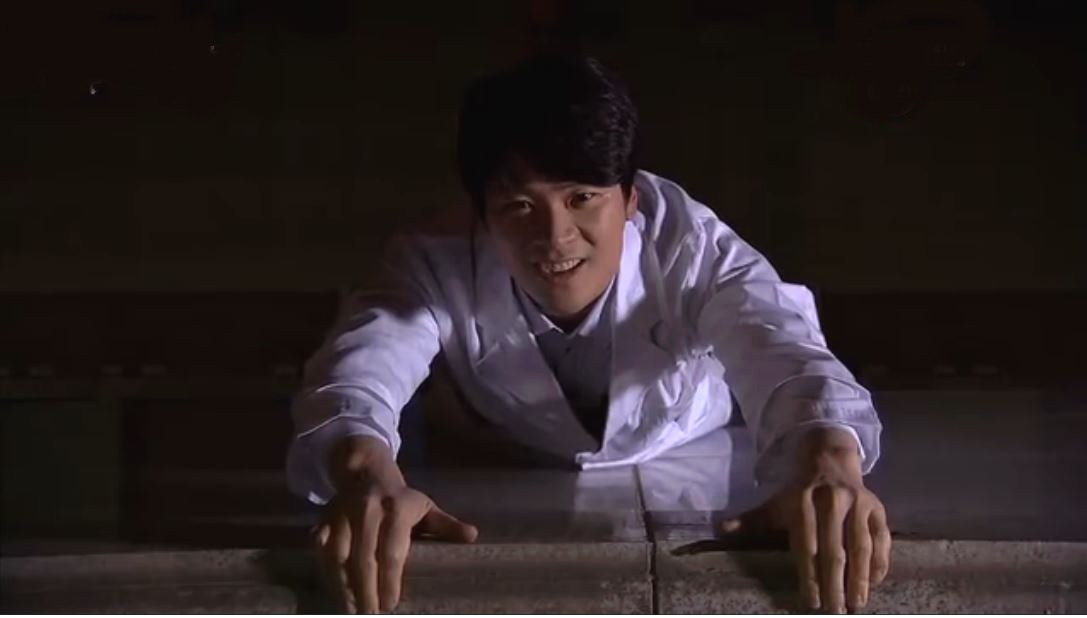