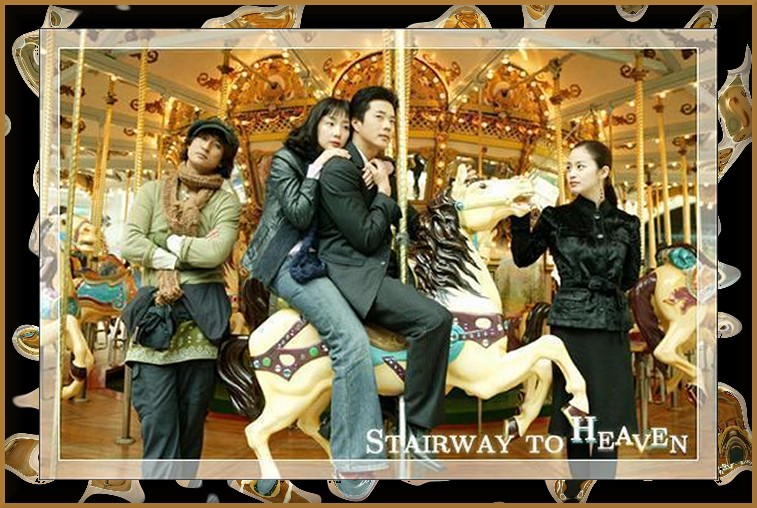 Considered another landmark Hallyu sensation when it premiered in Korea and other Asian nations in 2003, winning ratings close to 40%, Stairway To Heaven is still considered a classic, must-see K-drama among fans, and is still cited for its beautiful performances and its poignant cautionary tale about building step-families and the negative consequences which may result. Once more we see a drama where parents fail their children, big time, with long-lasting consequences on their lives.

Stairway To Heaven features the first performance of one of the most popular female stars in Korea, Park Shin Hye, who went on to star in a bevy of future drama hits, many of them reviewed on this site, including Tree Of Heaven, You're Beautiful, Heartstrings, Flower Boys Next Door, and Heirs. Once again we have a Korean drama which begins with children and their budding affectionate and fractious relationships with one another, and then jumping ahead a number of years to see the children grown into adults who are looking for love and meaning in their lives. The early part of this drama, when the writers focus on the children, is perhaps the most compelling part and I feel it should have been extended longer before the leap into the world of the adult characters; the transition was too abrupt. The casting department did a great job with this project though because the young actors very much matched the overall physical traits of the older actors, as seen in the screen captures below. 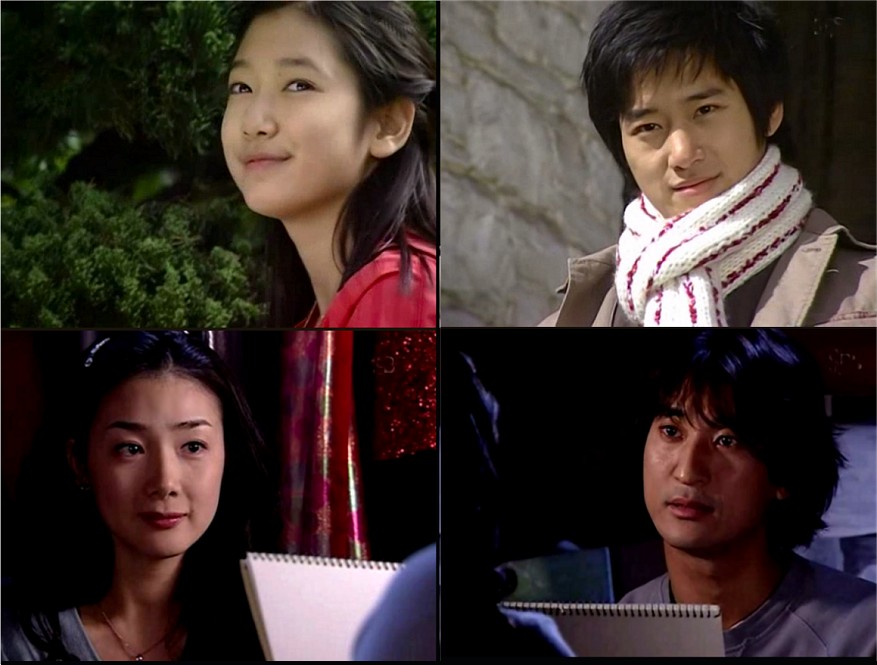 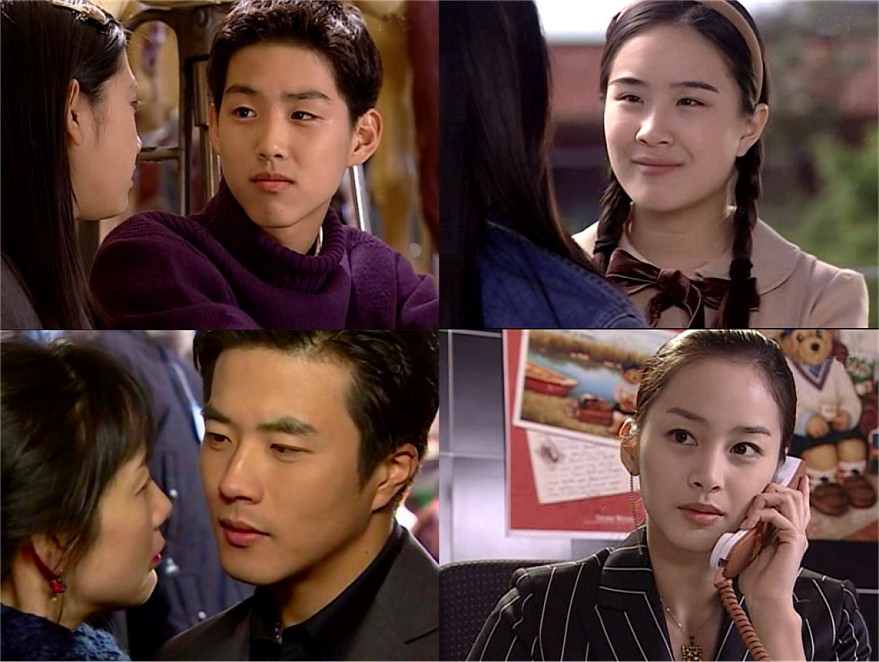 The Han family loses a wife and mother to eye cancer. Eventually the father Su-ha (Jae-young Ha) marries a tempestuous actress named Mi-ra Tae (Hui-hyang Lee) who then brings her neglected son Tae-hwa (Lee Wan) and abrasive daughter Yoo-ri (Ji-mi Park) to live with her new husband and his daughter Jung-suh (Park Shin Hye). At first Jung-suh is happy and excited to have a new brother and sister but the family situation at home quickly becomes abusive toward Jung-suh. The "new mother" sides with her daughter against Jung-suh, locks her son in a closet to discipline him, slaps Jung-suh around, and when things go wrong in the house (like Tae-hwa breaking a valuable vase) "new mother" blames her step-daughter. Jung-suh keeps a lot of her grief about the abuse to herself, instead of telling her father.

Her heart is burdened even more because her long time friend Song-joo Cha (Sung-hyun Baek) has left her and moved to the United States to study. They had shared so much together growing up, many happy moments and also tragedies like the deaths of her mother and his father. They were supposed to go together to America to study but spiteful Mi-ra nixed that and Jung-suh stays in Korea. Song-joo calls her from time to time but Jung-suh doesn't tell him about the abuse. Jung-suh becomes sad for the neglect and abuse Mi-ra pours on Tae-hwa, not even complimenting him when he wins awards in school for his excellent artwork, and so she tries to befriend him but Tae-hwa reacts by developing a crush on Jung-suh. "New mother" Mi-ra doesn't even care; she conspires with her own daughter Yoo-ri to win the long distance affections of the departed Song-joo, since he is the son of a rich man.

We then skip ahead a number of years and Jung-suh (Ji Woo Choi of Winter Sonata fame) and Tae-hwa (Hyun-joon Shin, Cain and Abel, Bridal Mask) are still close. He likes to draw her as his favorite model and likes to take her to the local mall where she can ride the carousel like she did when they were kids. She has never forgotten her close friend from childhood Song-joo (Sang-woo Kwon) and when he announces he is returning to Korea she happily rushes to meet him. Yoo-ri (Tae-hee Kim) will do anything to keep the childhood sweethearts from reuniting. She brutally hits Jung-suh with her car as she runs across the street to meet Song-joo. She is taken to the hospital, where a group of people had just died in a fire. Yoo-ri follows and secretly swaps Jung-suh's ID with one of the fire victims to fake her death. She takes the real Jung-suh to her biological father's (Han-yong Jung as Pil-su Han) home, where Jung-suh is given a new name by Tae-hwa, Ji-soo Kim, since she has lost her memory after being hit by Yoo-ri. Tae-hwa also changes his own name to Chul-soo Han. Now they can both start new lives and care for each other without interference, or so Tae-hwa hopes. 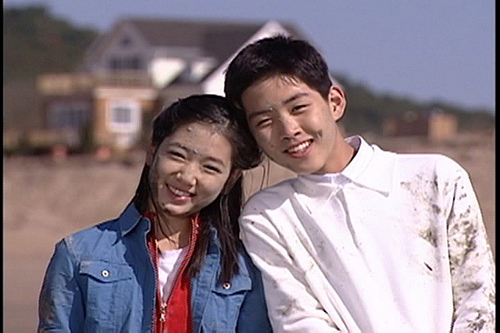 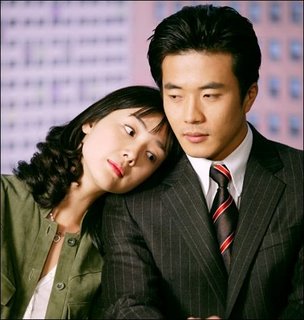 Yoo-ri achieves her long time goal of roping in Song-joo to an engagement, but Song-joo simply cannot forget his first love Jung-suh. He goes to the carousel they used to ride as children and suddenly sees Jung-suh, whom he believed to be dead, riding one of the horses! He chases her, eventually catches up with her, but of course she doesn't know him, having lost her memory. Song-joo does not give up and tries to make Jung-suh remember him. He also becomes very suspicious about the events surrounding her supposed death. 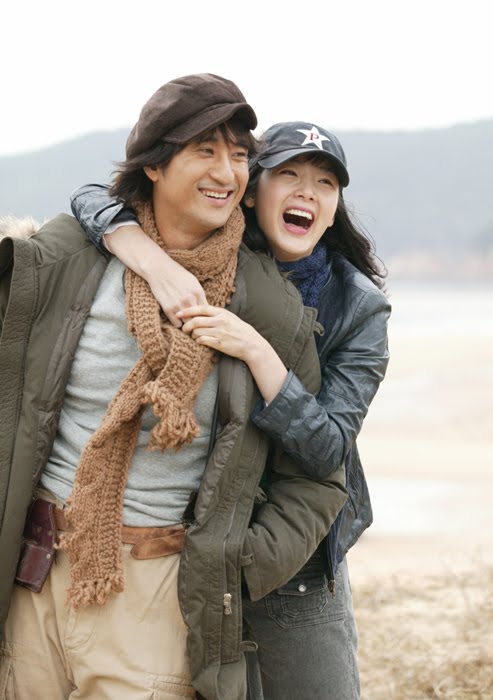 Jung-suh regains her memory when Yoo-ri nearly hits her with her car again. She forgives Tae-hwa for all his deceptions, since she knows he did everything he did out of love for her (in many ways he is the most admirable of all the characters in this show - this actor was also great in Bridal Mask, Road Number One, Cain and Abel and a wonderful early film called Lament, too). Yoo-ri is arrested, and her mother Mi-ra goes insane and is admitted to a mental hospital.

Song-joo marries Jung-suh, but their happiness is short-lived due to the discovery she has eye cancer like her mother did, and it eventually spreads to her brain and she is considered likely terminal. Tae-hwa makes an ultimate sacrifice for Jung-suh, whom he has always loved, so she can see again. There is much forgiveness and acceptance between the characters by the end, and the poetic images of this drama at its conclusion are simply exquisite. The music score is also very haunting, especially whenever they play a version of Ave Maria as Jung-suh's and Song-joo's theme song.

Although there are some stereotypical K-drama plot devices in this show it's the genuine and sincere acting of all the principals that makes Stairway to Heaven so memorable. 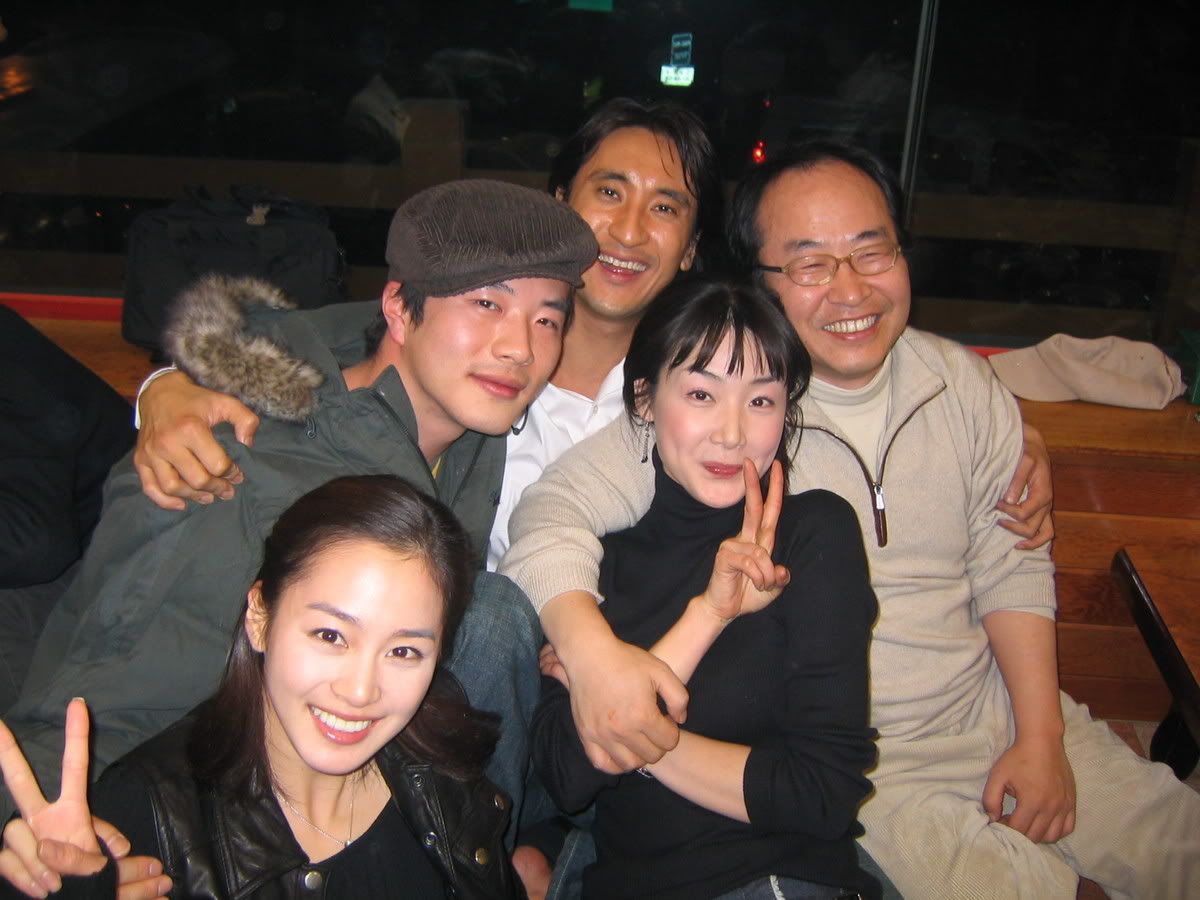