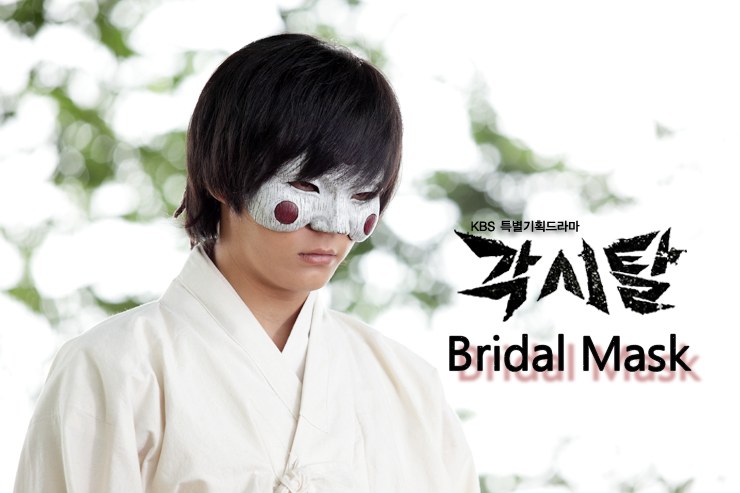 I have been busy lately tracking down and watching every performance by the incredible Korean actor Joo Won; whether in Korean television dramas or films he's always amazing. He never gives a dud performance. Ever. His characters are always completely different, sometimes even changing dramatically in the same show or movie! His appeal is reflected in this show's excellent ratings, averaging 18% nationwide over the series' run, with the last episode coming in at 27.7%. Very impressive results when most K-dramas today only average between 5% to 10% at most.

In addition, I had often expressed to others that I would love to see a period drama focusing on the time period between 1910 and the 1940's when the Japanese colonized and ruled Korea. Out of hundreds of dramas watched, I had only seen one short segment on this period in the excellent 2005 drama Rebirth: Next. (2018 Update: since then there is now Chicago Typewriter (2017) as well). This was a dark period of time in Korean recent history, and it seemed to me that it was often completely ignored as a subject matter in films and dramas; I think there might be a financial reason for this, because traditionally Japan has paid top dollars for the broadcast rights to all the splendid Korean dramas they seem addicted to since the year 2000 and the beginning of the Hallyu Wave. If Korea dared to make a drama that was negative against Japan they would have little chance of selling it to the Japanese, so a large amount of money would have to be sacrificed if the Koreans put a lot of investment into any drama production critical of that country which once ruled them so harshly. So when I read the synopsis of Bridal Mask I got excited, and then to see Joo Won had the lead male role, well, that clinched it for me. To make it even better, practically every veteran or character actor or actress I've ever seen makes an appearance or has a secondary role in this show. I loved seeing so many familiar faces in one great drama.

The Story: Bridal Mask is about an ambitious policeman named Lee Kang Tu (Joo Won, Good Doctor) who had decided to work with the occupying Japanese instead of fighting against them. He is quickly promoted because of his zeal for his job, even when it means arresting his fellow Korean citizens who object to the occupation. His mother Han Sil (Oh Sook Song, Beethoven Virus) and his older brother Lee Kang San (Hyun Joon Shin from Stairway To Heaven), who was beaten by the Japanese, which apparently caused him to become brain-damaged, live in abject poverty and the mom is shunned in the marketplace when she goes to sell her wares because of her son Kang Tu being rightfully seen as a collaborator with the enemy.

Kang Tu rationalizes his work to himself by saying that once he is promoted to full captain status that he will use the money he earns to buy his mother a nice house and get his elder brother needed psychiatric care in Seoul, which at this point in time, the 1930's, is also controlled by Japan. He wants them to have a better life: but what about all the other citizens of their small town of Jongro, who will not have the same chance, or who do not want to risk their patriotism and thirst for independence, who are abused on a daily basis by the Japanese police force and court system? When some citizens prosper under a harsh domination, while others suffer unfairly, there always will be bottled up feelings of rage and despair. 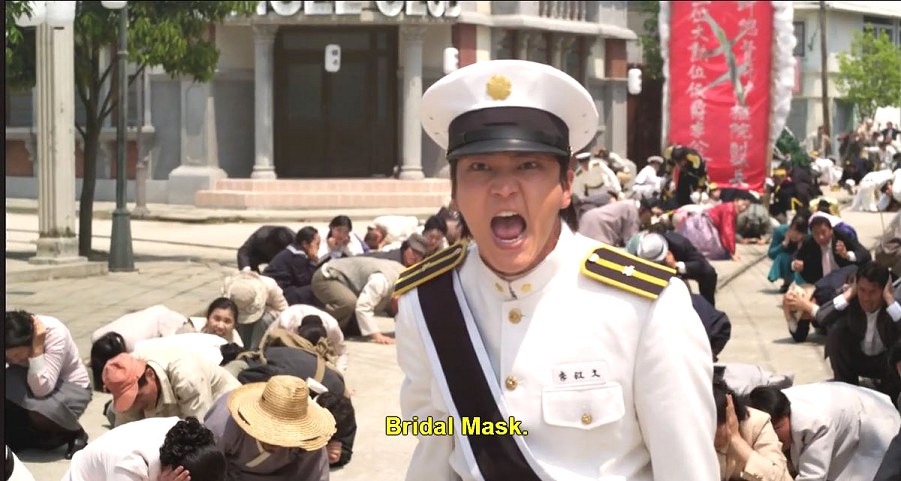 
This situation is ripe for an explosion among citizens of Joseon versus the controlling Japanese, and it occurs with the funeral procession of a Korean-born but corrupt judge whom the citizens had hated; they are ordered to stand in the streets and be silent and respectful as the funeral procession goes by, but instead violence erupts and people are hurt and arrested. This was a very well played out rebellion scene. In fact I dare you to watch the first episode of Bridal Mask and not get hooked - it goes at breathtaking speed and has lots of impressive action.

Kang Tu keeps failing to capture several rebellious townspeople who are repeatedly saved by "Bridal Mask" (in Korean: "Gaksital") - a person or persons who mostly work at night wearing a traditional bridal mask, to clandestinely and anonymously fight against the Japanese officials who are making their lives miserable. When the corrupt ones are killed by Bridal Mask, he leaves a double cross symbol carved into their chests, similar to the legend of Zorro, who carved the letter Z into his enemies' clothes or skin. 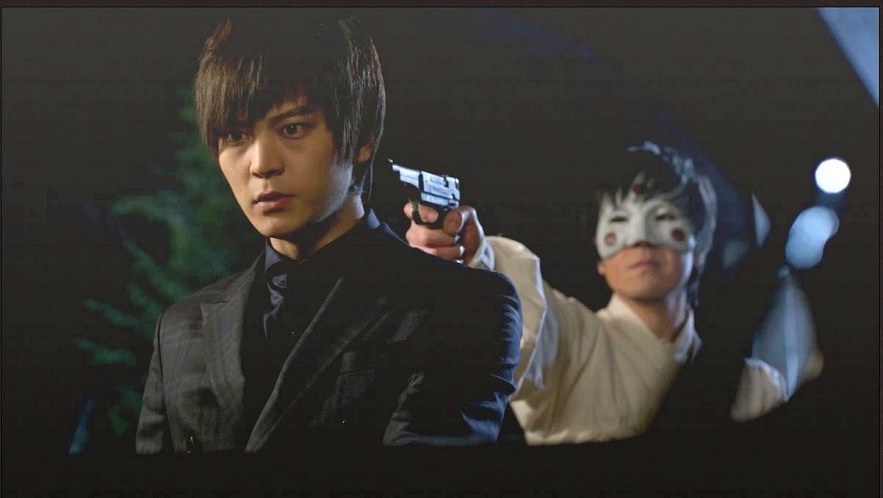 One of these rebellious ones in the Independence movement is the nimble of foot female circus performer Mok Dan (Se Yun Jin, from Doctor Stranger) who goes by the professional name of Esther and works quietly in a local circus as camouflage against being identified. The more Kang Tu misses arresting her the more taken he is with her. In the past she had been romantically friendly with a Korean-Japanese man named Shunji Kimura (Ki Woong Park from Chuno, second male lead, in an amazing performance) who works as an elementary school teacher because he likes to keep a low profile during all the unrest. Shunji is also best friends with Kang Tu, so immediately we have a potential explosive triangle emerging in the storyline. 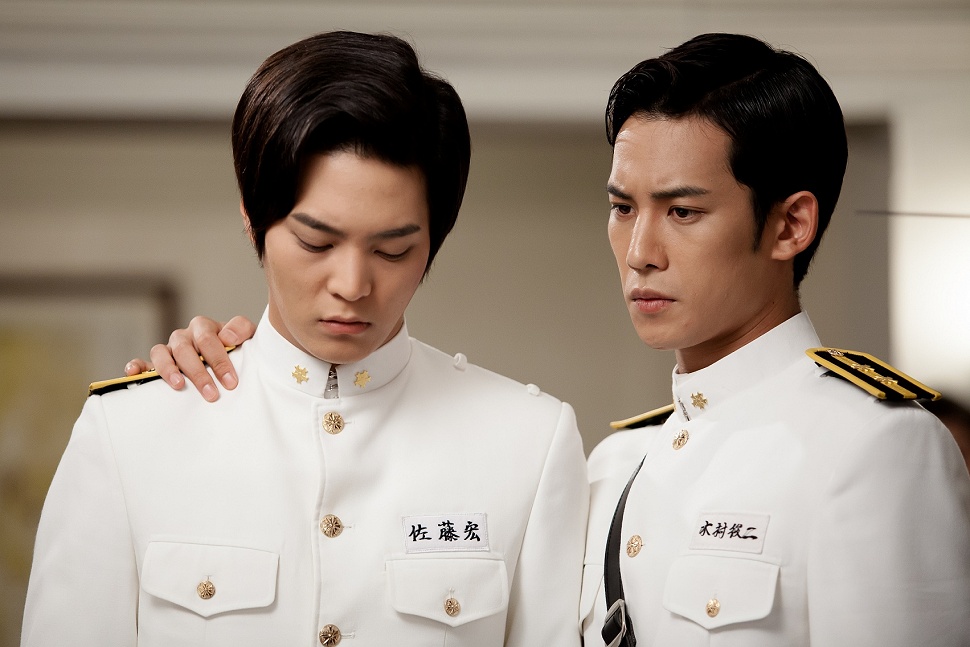 However, unknown at first to both Kang Tu and Mok Dan, they had met as children when Kang Tu had saved Mok Dan from Japanese marauders as a young boy. He had given her a colorful knife to carry so she could protect herself from the Japanese; even as an adult she still carries it always. Could this end up causing them to recognize each other and bring them together in the future? 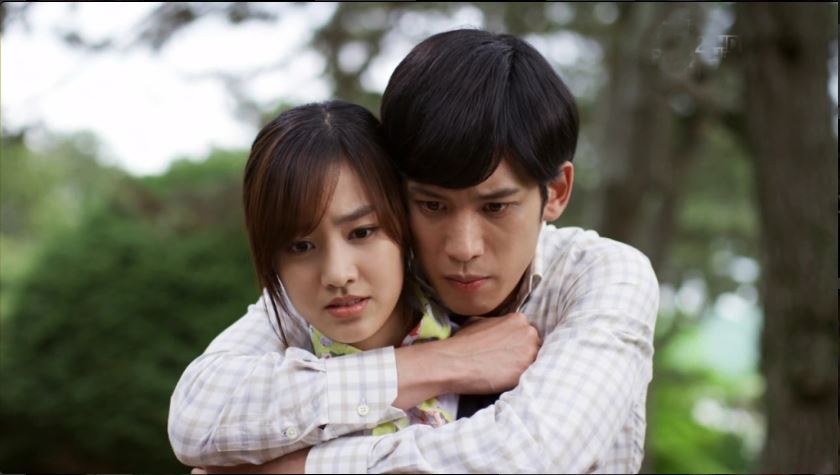 Obviously Kang Tu had changed in the interim from boyhood to manhood and is now ready to actually execute Mok Dan if he can finally arrest her for good; however she remains elusive, even when she penetrates the Japanese courthouse to rescue her father, freedom fighter organizer Sa Ri Dam (No Min Jun from Nine: Nine Time Travels) from a death sentence. After the rescue, both father and daughter vow secretly to meet again. The fact that Kang Tu misses catching her AGAIN. as well as Bridal Mask, drives him crazy and he determines to get them both no matter what he has to go through to achieve his goal.

Meanwhile, Mok Dan stays busy with the circus under the watchful leadership of a chivalrous father-substitute for her, Circus Master Jo Dong-ju (lovely veteran actor Son Byung-ho from 49 Days) and she maintains her sweet semi-romantic relationship with schoolteacher Shunji, even though his Japanese roots could ultimately destroy their relationship. She is the type to always keep herself ready for action, so she can attack Japanese officials and their Korean collaborators at a moment's notice. She literally has no fear of death.


One of those hated officials is Kimura Taro, Chief of the Jongro police station (veteran actor Chun Ho-jin) and unhappily Shunji is his younger son who has defied him by becoming a teacher instead of a policeman. When Shunji's vicious older brother Kimura Kenji (actor Park Joo-hyung who delightfully played wicked Prince Imhae in The King's Face), who is a police captain, is killed by Bridal Mask, Shunji changes overnight, gives up his teaching job, and becomes a policeman to take over his late brother's place. At first he works with Kang Tu in the police force as a buddy, not realizing that his old friend is no longer the friend he knew in the past.

In a similar situation, Kang Tu reaches a crossroad in his life when his mother dies and he believes the Japanese have killed his supposedly brain-damaged brother and he discovers in fact that his brother was only pretending to be mentally ill, and that he actually was Bridal Mask! The shock completely changes Kang Tu's life and focus, because despite everything he had very much loved his brother: in a dramatic, beautiful scene under a tree, he himself dons the Bridal Mask and swears to work for his country's freedom from the Japanese, covertly, pretending to be in favor of Japanese rule, but actually secretly working against it, no matter what it takes, no matter what the costs. 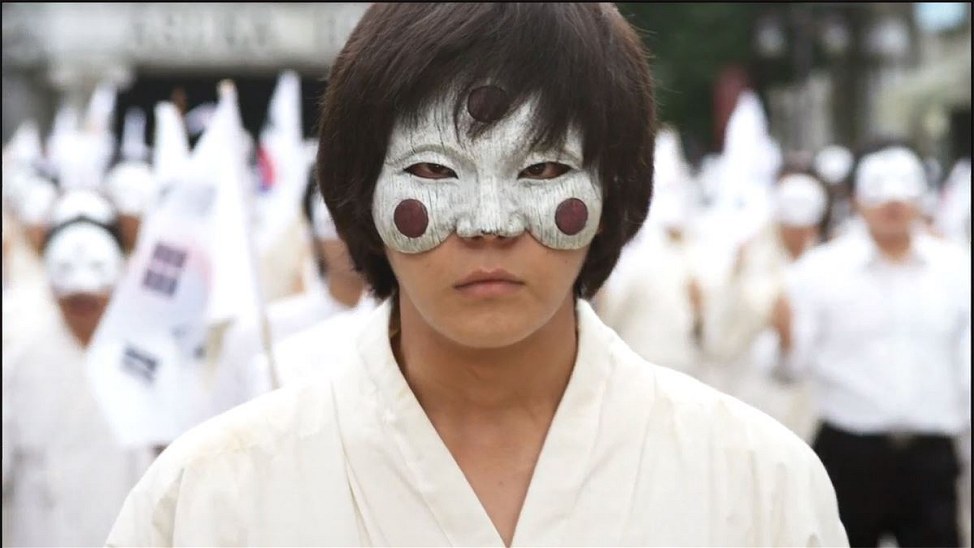 Little by little the townspeople start to realize the new Bridal Mask's identity, inadvertently putting Kang Tu's life at stake on many occasions. He also meets up again with Mok Dan and they eventually reconcile after he saves her life and they fall in love. This puts Kang Tu on a collision course with his former best friend Shunji; the more jealous and angry Shunji becomes he completely changes from nice guy to an evil guy on the rampage for vengeance. When a secret wedding is planned for Mok Dan and Kang Tu in the woods on a lovely sunny day, Shunji sees his chance to get even; will there be tragic results, or will forgiveness and acceptance reign supreme? 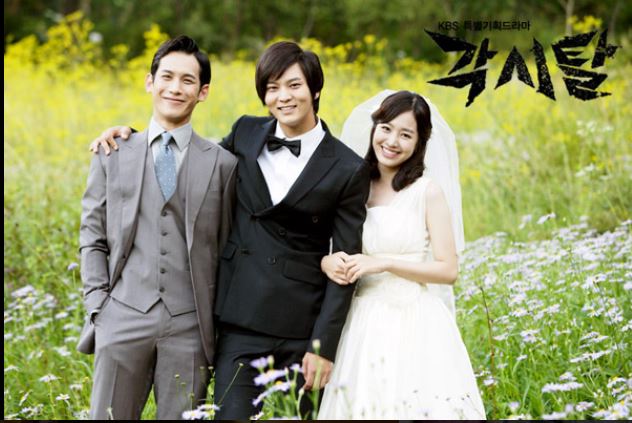 Don't miss Bridal Mask, especially if you like mysterious period dramas, or you love Joo Won. He's dynamite in this. It also boasts a memorable soundtrack, similar a bit to King 2 Hearts in flavor. I really liked it and once more ordered the music CD for my huge Korean drama music library. Here it is for your enjoyment. 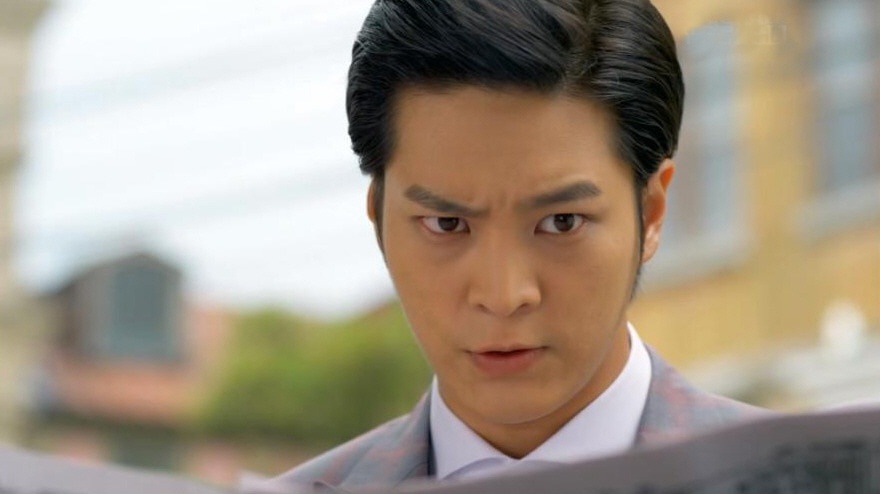 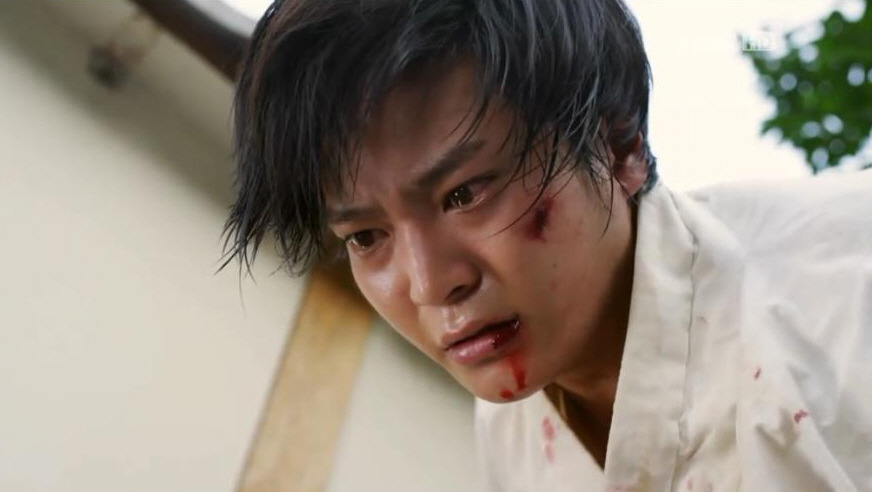 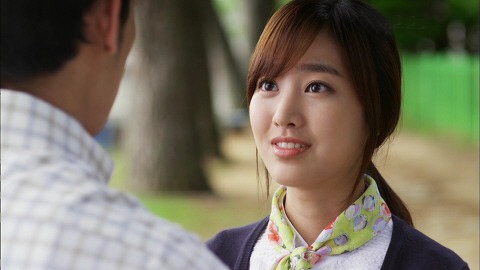 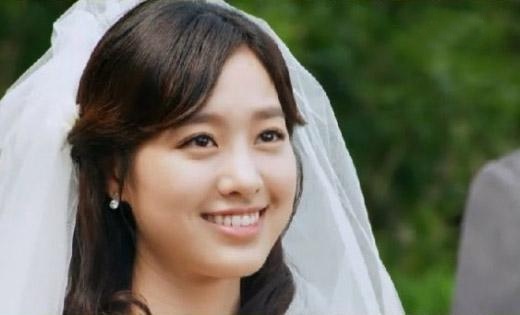 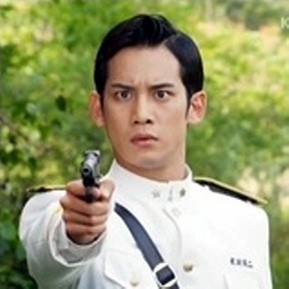 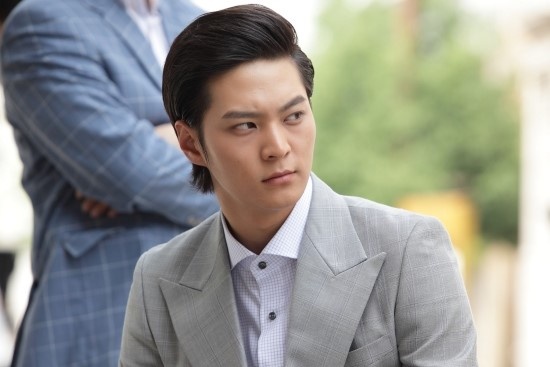