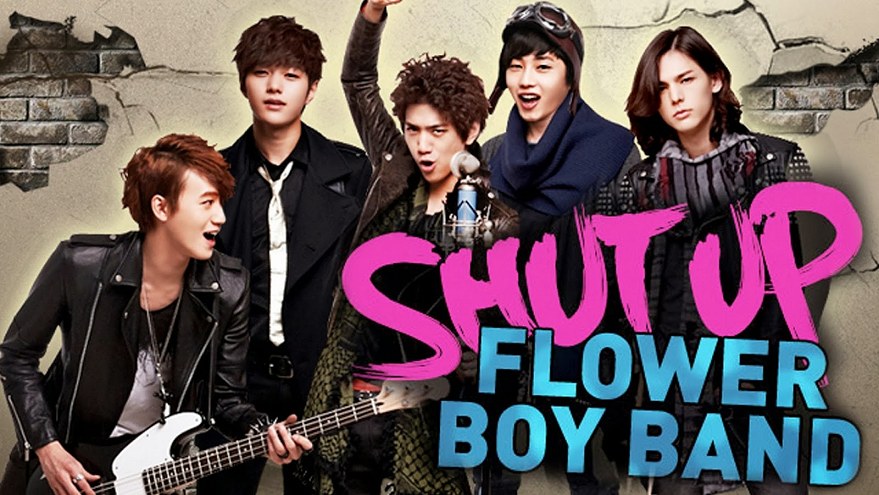 I confess, being an oldster and not very interested in the angst of rebel teenagers (I raised 5 nice kids and none were rebels), that I only began the show in the first place to watch two of the male leads who are personal favorites of mine, specifically, Joon Sung (I Need Romance 3, Hyde Jekyll and I, Discovery of Romance, Gu Family Book) and especially Min Ki Lee (I Really Really Like You and the haunting films An Ordinary Couple, Spellbound and Monster). Both of these actors have really blossomed since they made this show -- and I cannot wait for Min Ki to get out of the military and make dramas and films again. I could not take my eyes off him while watching this drama; truthfully everyone else paled in comparison. There's just something about his eyes .....

Other cast members included "L" from the idol group Infinite (Kim Myung Soo is his real name, and he also played the younger version of So Jisub's character in Master's Sun), Jung Ui Chul from Boys Over Flowers, Yoo Min Kyu from To The Beautiful You, Kim Min Suk from High School - Love On, and Lee Hyun Jae whose character plays the drums. The main female leads playing love interests -- of various sorts -- for the boys in the band are Bo Ah Jo (Missing Noir M), Kim Jung Min, and Kim Ye-rim (Monstar). Another actress, Kim In Seo, plays a CEO of HR Entertainment, the sister of one of the boys; she promises to sign the rock group Eye Candy to a performance contract at some point. Will it ever happen? To me, at least, it seems like they have a lot of growing up to do before they could be taken seriously as a legit music group.

While most of the teenage characters reform into more mature human beings by the end of the show, I felt the process just dragged out too much and lacked interest in the basic story line. Neither were the romances that compelling. Usually not all teen rebels become milquetoast in real life, but here in this story pretty much all of them do. Didn't quite seem realistic to me. However, if there was ever one specific Korean drama written to appeal to rough around the edges young teenage boys, like the kind you see getting together to play rock guitar and drums in Mom and Dad's garage on the weekends, it's this drama. Unfortunately, I've never been a teenage boy and rock music gives me a headache! ;) 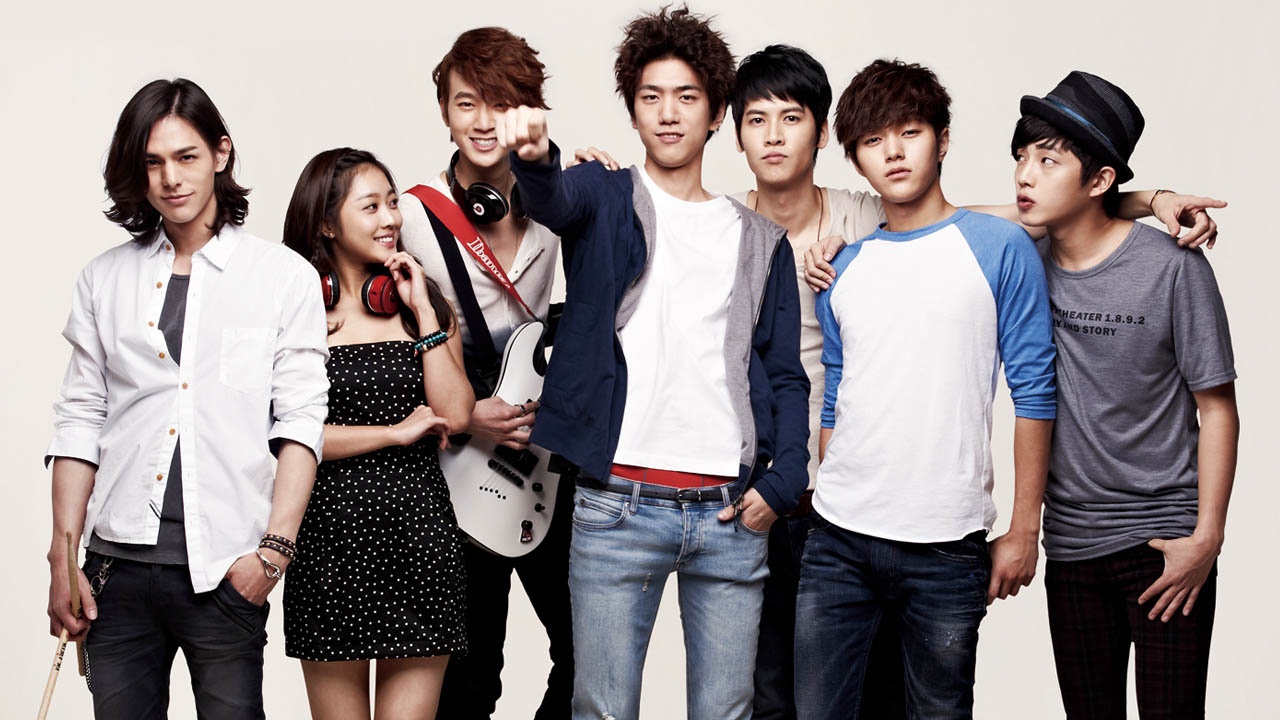 Joo Byung Hee (Lee Min Ki) is a mysterious but free spirited vocalist and guitarist of the popular underground rock group called Eye Candy. He is basically the leader of the group and everyone looks up to him; unfortunately there is big trouble ahead for him in the drama, shades of West Side Story. Joining him in the group is troubled but intelligent Kwon Ji Hyuk (Joon Sung) whose mother abandoned him at birth, tempestuous Lee Hyun Soo (L) who finds stress relief in playing his guitar and taking care of his cute younger sister, playboy Kim Ha Jin (Yoo Min Kyu) who plays the bass and boasts he joined the band only to pick up girls, quiet Jang Do Il (Lee Hyun Jae), drummer, and cherubic Seo Kyung Jong (Kim Min Suk), the group's kindly keyboardist.

When their poor, failed Dong-Nae High School is forced to close down, the boys debate whether it's even worthwhile returning to high school at all (Duh-uh! Just try getting any job without a high school diploma at least). The boys finally decide to enroll in nearby rich Jung Sang High School but with the ill intention of unseating that school's reigning boy band group called Strawberry Fields. A lot of animosity and rivalry grows between the boys of both groups, and one of their lives is even put at risk. Joon Sung's character Ji Hyuk basically takes over as leader of the group. 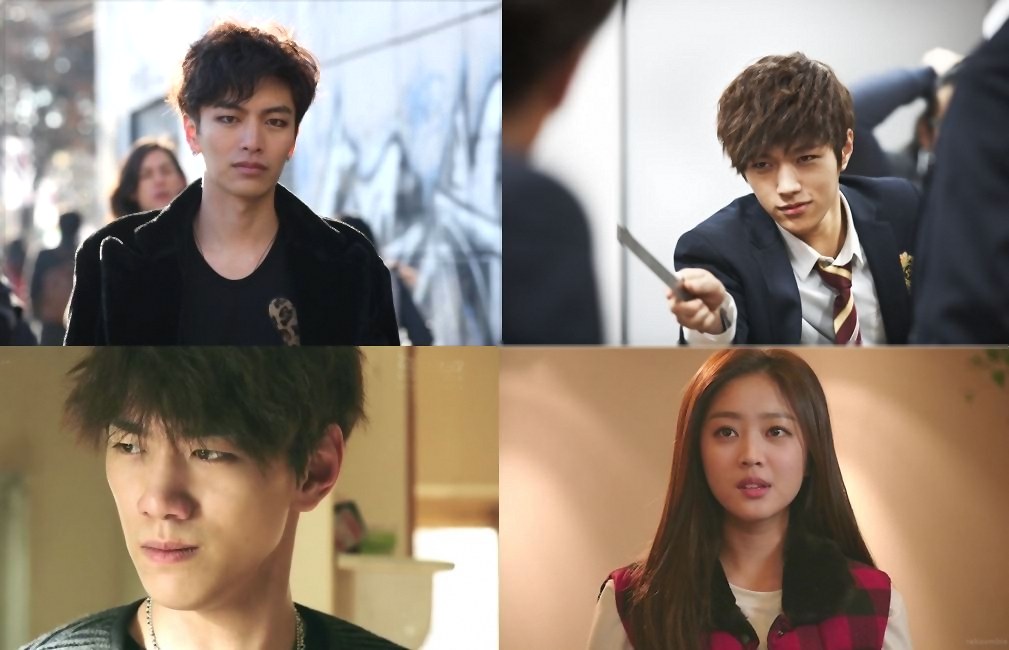 Some friendships fray in Eye Candy after a tragedy, and some are strengthened. The boys have to work twice as hard to show they can become good students, not just musicians, in order to graduate and hopefully become hired by a musical corporation that would promote their desired boy idol career nationally. Will these fresh upstarts ever grow up and find success in a more traditional way, and love, too? There are several secret crushes going on during the course of the show -- this probably attracted more female viewers to watch the show than would ordinarily watch if there were no romances at all, but still, it all felt rather forced to me. 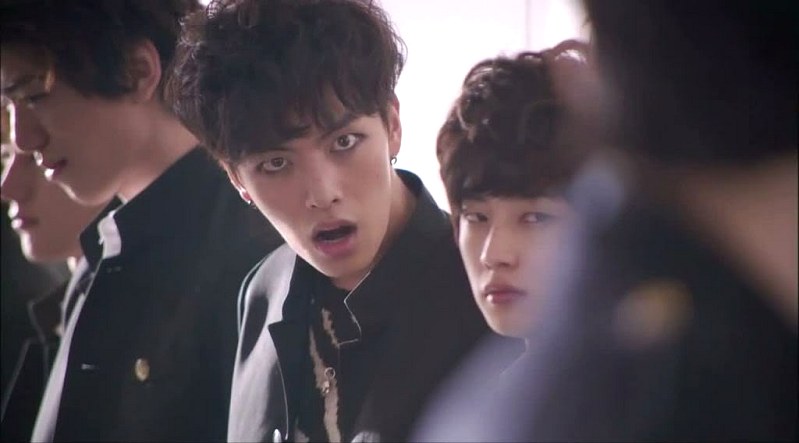 Shut Up, Flower Boy Band is no mild, status-quo Dream High; it's an atypical music-oriented drama â€“ gruff, gritty, intense at times, especially in the beginning, and highly stylized and focused on the punk sentiment in boy idol bands. There is an OST available for purchase on Amazon, if you are so inclined. Frankly the score didn't really do much for me, unlike most scores to Korean dramas which I love, but as I admitted before, I'm old -- so don't mind me too much! ;) 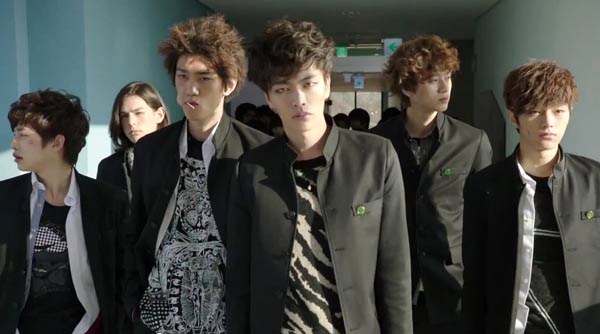