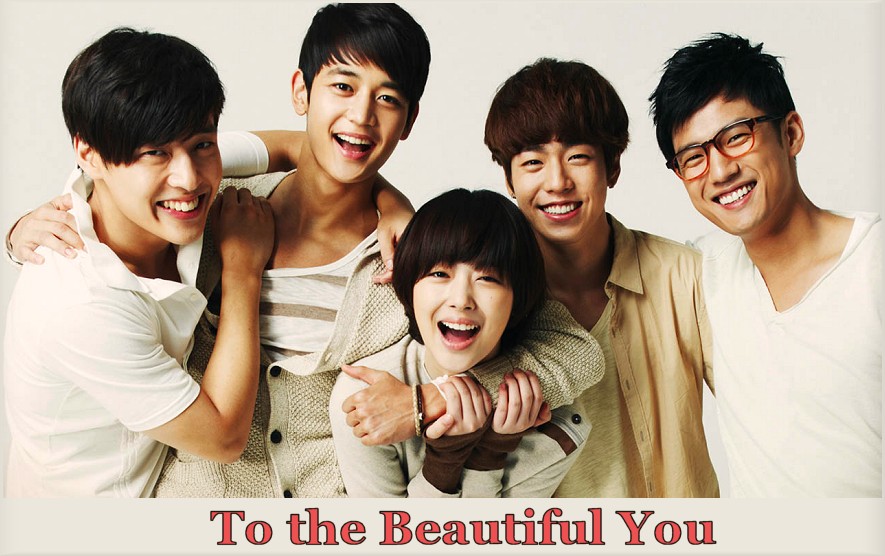 This K-drama To The Beautiful You (2012) was just so fabulously entertaining. I had no idea going in that it would be so much fun to watch (especially after I had started another one first, Creating Destiny, which I couldn't bring myself to continue with because it was so dull). The cast in this show grabbed my attention immediately and are all so personable, so adorable, and so delicious, that they should come with a warning label: "Beware! We are so sweet you could develop diabetes while watching us in this show!" If you are having a rough time in your life put this K-drama on, and I guarantee you will have a burst of warmhearted "feels" for sixteen wonderful hours! It's terrific escapist fare. This was my eightieth K-drama, and a very special one indeed for that landmark record; I suppose I must really love the "gender-bender" shows because each one I have watched I have loved: Secret Garden, Personal Taste, You Are Beautiful, Coffee Prince, The Painter Of The Wind, and now To The Beautiful You.


Based loosely on a Japanese manga called "Hana Kimi", To The Beautiful You is the Korean live action version of the popular story about a young girl who infiltrates an all-male high school posing as a boy. It was directed by Ki Sang Jeon, who directed Boys Over Flowers and it starred personable actress-singer Sulli (Update October 14th, 2019: it looks like she committed suicide at age 25, poor thing!, she was a member of the K-pop band f(x)), and the almost too handsome lead male actor Minho (a member of the popular R&B boys' band SHINee). Both are outstandingly good-looking leads and were excellent in their roles; however, I must admit I suffered major "2nd Male Leaditis" Syndrome once again, because the actor who won my heart the most in this great show was the irrepressible 2nd male lead Hyun-woo Lee (who began as a child actor in The Legend). He's so talented and so endearing, I couldn't get enough of him. In real life he is best friends with actor Ji-Bin Park (who was in The Suspicious Housekeeper, Stars Falling From The Sky, and Boys Over Flowers) and I can definitely see the connection, with both starting as child actors together and working for the same entertainment agency.

Cuteness Personified: Minho, Sulli,
and my favorite Hyun-woo Lee,
with the incredible smile


Our Story: The narrative centers around students attending a private all-male prep Korean high school that focuses on athletics, Genie Athletic High School. Attending the school is a national champion in the high jump, Tae Joon Kang (actor Minho, who underwent strenuous physical training to do his own jumps), whose mother died after a long illness when Tae Joon was a young teen and who is ostracized from his workaholic father Geun-wook Kang (Seon-woo Jaedeok) because the son blames the father for neglecting his mother, which he sees as contributing to her early death. Tae Joon suffers a bad ankle injury after his championship win and tells the press he will never try the high jump again, which devastates his many fans in Korea and around the world, especially a female fan in the US, Jae-hae Goo (Sulli), who determines to go to Korea to encourage him to change his mind. He had been a great inspiration to her as a shy teen, so much so that she had began track and field training with great success, and she wants to return the favor. She tells her older step-brother, a medical doctor named Daniel Dawson (Julien Kang, who was equally proficient at speaking both English and Korean) that she wants to go to high school in Korea. He thinks he is sending her to a girls' school but she manipulates records and signs herself up for the male school instead. She cuts her hair and buys boys' clothes, straps down her breasts, and gives herself a new name, Jay Dawson, and does a very good job fooling everybody about her true sexuality. (In real life the actress Sulli, who was known for her beautiful long hair, actually cut 60 cm off her locks for this role).

Also attending the school is a soccer player named Eun-gyeol Cha (Hyun-woo Lee) and he becomes Jae-hae's first real friend on campus, protecting her from bullies who come out of the woodwork to torment her due to her newbie transfer student status. Eun-gyeol is a positive, upbeat person and always makes her feel happy when he is in her presence.


Jae-hae cannot believe her good fortune when she is assigned as a roommate to the famous Tae Joon, whom she had come to Korea for in the first place. They hit it off badly in the beginning, with Tae Joon insisting he does not want to share a room with "him" (her), but the administration insists they have to double up. Things start to thaw a bit between them when they both realize they love the school's mascot, a beautiful white dog named Sangchoo. That Samoyed dog was just too darn beautiful; I kept saying to the TV screen, "I WANT YOU!" :) 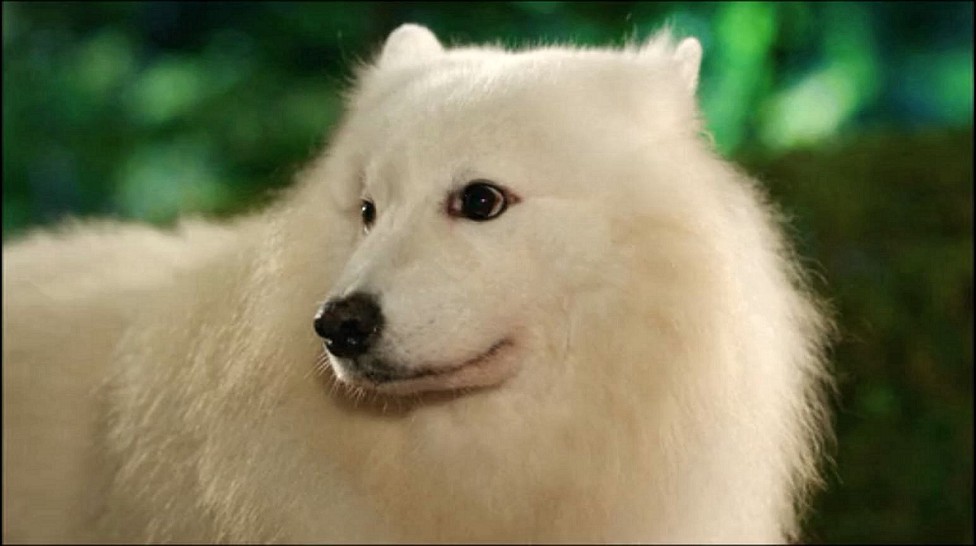 Jay (Jae-hae) keeps gently encouraging Tae Joon to excel at high jumping again, but it takes a long while before he feels encouraged to give it a new try. He is assisted by hard working coaches, teachers, and school administrators, and competes against fellow classmate Hyeon-jae Min (Ha-neul Kang) who happens to be Eun-gyeol's roommate. They are competitors but also end up good friends by the end of the show, with Tae Joon even graciously buying the much poorer Hyeon-jae a new pair of expensive high jump sneakers (that scene brought some tears to my eyes) for their big end of the year competition.

The first person to begin to suspect Jay is really a girl is the campus doctor, bespectacled but adorable Min-woo Jang (Tae Young Ki), and he decides to keep her secret once she tells him the real reason she had gone through such an elaborate ruse to gain access to Tae Joon. He wants to see all the students excelling, and he knows if the administration finds out the truth that they will expel Jae-hae, and that would leave no one to personally prod Tae Young to reconsider working toward another high jump championship. 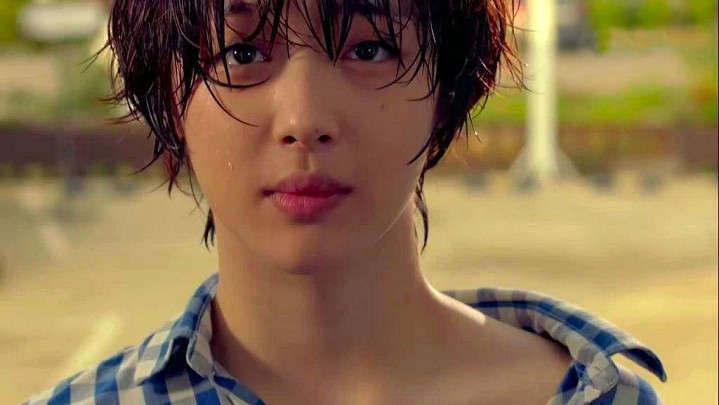 
As time goes by both Tae Joon and Eun-gyeol begin to fight physical attraction feelings toward Jae-hae, without knowing that he is really a she. It brings up all kinds of funny situations, such as when Tae Joon gets tipsy and kisses the first person he sees, which happens to be "Jay", or when Tae Joon has a nightmare and Jae-hae tries to comfort him and ends up falling asleep on the same bed, with Eun-gyeol walking in on them together in the morning while they are still sleeping together. Or a funny stage show the boys put on at the school, with the guys performing in drag -- and Jae-hae coming out as the final act looking more like a girl than any of the others ever did! She winks over at Eun-gyeol, which begins a long internal struggle for Eun-gyeol where he doubts his own sexual proclivities. He eventually even gets the courage to tell "Jay" that he is attracted to him (her!), to the shocked amazement of Jae-hae. 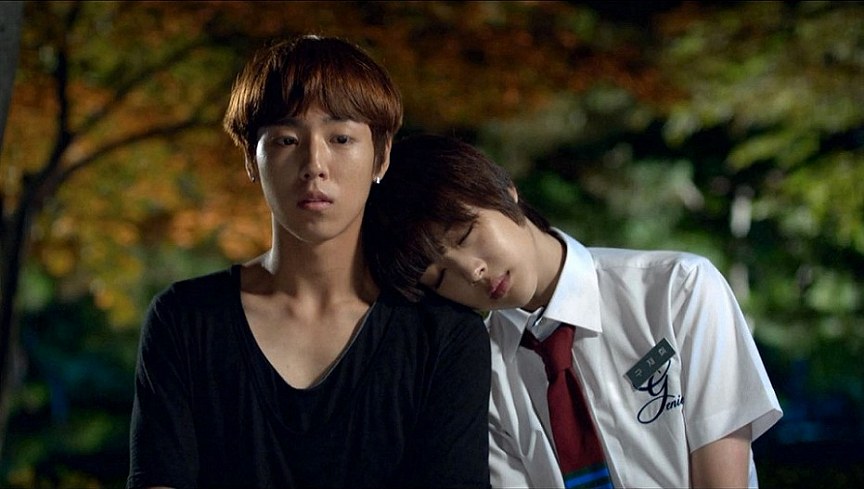 However, it's Tae Joon whom Jae-hae has been in love with the whole time. When her step-brother comes to visit her in Korea and discovers the truth about which school she is attending he insists she return to America with him, but she digs her heels in. Tae Joon happens to overhear their conversation behind a closed door and realizes that Jay the boy is really Jae-hae the girl. He decides to keep quiet about this knowledge because by this time he is beginning to care about her and doesn't want her to get into trouble. He wants her by his side, not half-way around the world in America. Eventually he gains the courage to tell her he knows the truth and that he likes her.

But what to do about the true friend Eun-gyeol, who was her first real friend at the school when no one else was? He doesn't deserve to be kept in the dark! Jae-hae struggles within herself about the right time to tell him. Then fate plays a hand when Eun-gyeol happens to walk into their bathroom and sees "Jay" disrobing to shower; he finally realizes the truth and is very hurt, unsure that he can ever forgive her for the lie. However, both boys have the good character to keep the information to themselves, rather than get Jae-hae in trouble with the administration. Jae-hae herself doesn't want the two boys getting into trouble over her account, so she decides she should just quietly leave and go back to America after all, right before Tae Joon's big high jump competition. Will Tae Joon be able to compete at this all important high jump comeback competition, if he learns Jae-hae is leaving?

Perhaps some people might think this a very slight story-line but I would beg to differ. It touches on issues that are very important to young people, and really to all people: are lies ever justifiable? can loyalties be divided? should a person give up a goal if they suddenly have to face an apparently insurmountable obstacle? what is true friendship, being sacrificial, or selfish? Is it possible to forgive a parent who has done wrong to you? can you stop loving a person just because they happen to love someone else? does an injury to the body or to the soul ever truly heal? 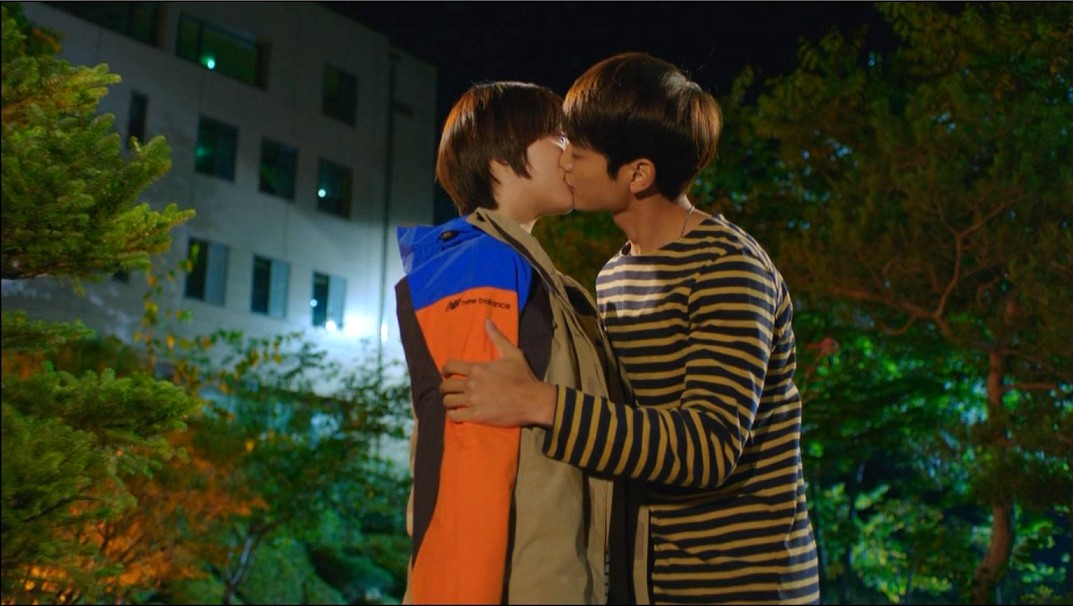 I loved the OST (soundtrack) for this K-drama as well, and the setting for the drama taking place on a real campus made the story look very authentic. The show also boasts a cameo appearance by wildly popular 2nd male lead Heirs star Kim Woo Bin, who plays an older male friend of Jae-hae's who wants a chance to develop a romantic relationship with her (he'll have to get in line, though!).

It's really not possible to hate a single character in To The Beautiful You even though sometimes you lose patience with them. They all end up with redeeming character traits which will touch your heart. You can buy the DVD set at Amazon.