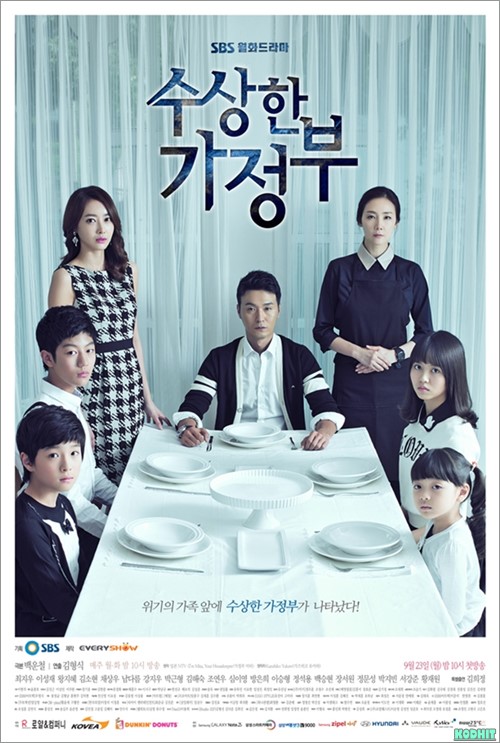 The Suspicious Housekeeper (2013) is an exceptional, unique Korean drama with a fantastic cast. Not everyone wants to watch a steady stream of "flower boy" shows or silly, predictable romantic comedies. Sometimes we want dramas with more intellectual and intriguing, suspenseful "meat" on them. The Suspicious Housekeeper fits the bill. It's so good it could almost be a Hitchcock film at times! It was based on a 2011 Japanese series called Mita, Our Housekeeper, which I also watched and enjoyed, though I thought the Korean version was a lot more sophisticated in its production values and acting styles. 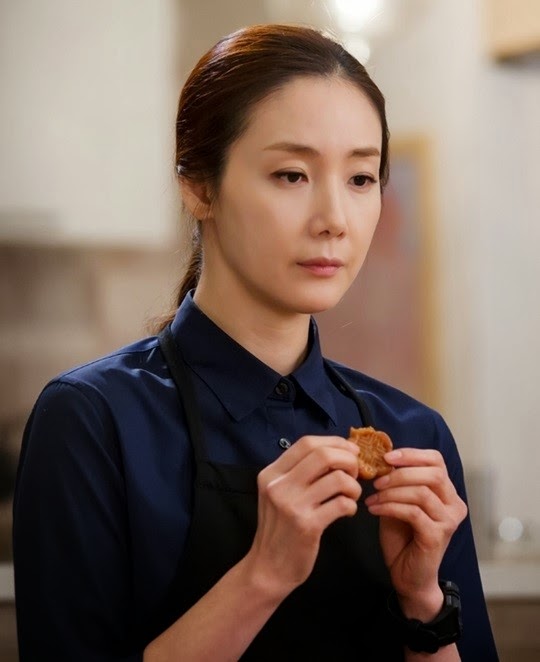 The lead actress Choi Ji Woo, of Winter Sonata fame, plays the title role and is incapable of giving a bad performance, and all the children in the cast were beyond adorable and sweet! I fell in love with them most of all, especially the incredible five year old actress, Ji Woo Kang, who played the youngest in the family, Hye Gyul. At age five I know I was barely able to read Dr. Seuss books, yet this child was reading scripts geared for adults AND delivering a completely natural performance with complex emotions. Outstanding! I often thought of Shirley Temple as I watched her perform during this twenty episode series. Since I finished this drama I've been following her career and watching other shows she's been in. She's amazing. 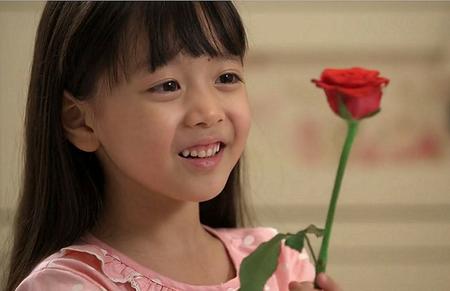 The Story: This drama does tell a largely sad story, although there are many inspirational and funny moments along the way. A husband and father, Sang Chul Eun (actor Lee Sung Jae from Jealousy Incarnate, Gu Family Book and The King's Face), loses his wife Sun Young (Kim Hee Jung) to suicide (revealed later) after she discovers he's been having an affair with a co-worker, Song Hwa Yoon (actress Ji Hye Wang of Personal Taste fame), leaving him with four emotionally devastated children to care for, two boys and two girls (actors Sang Woo Chae and Da Reum Nam, playing Doo Gyul Eun and Se Gyul Eun, respectively, and actresses So Hyun Kim (from I Hear Your Voice) and Ji Woo Kang, playing Han Gyul and Hye Gyul, respectively).


Dad had relied on his wife to run the household and raise the children while he worked, so when he is thrust into the role of primary caregiver he has a panic attack, even hiding in the bathroom in the mornings so he wouldn't run into his children getting ready for school!


He realizes soon enough that he needs to hire a professional housekeeper to keep things running smoothly at home, so he calls "The Happy Company", whose president, Director Hong (veteran character actress Hae Sook Kim, who has been in so many dramas I've lost count, including playing lead actress Choi Ji Woo's mother in Winter Sonata 11 years earlier!), sends over her most capable housekeeper, but her strangest one, Bok Nyeo Park (Choi Ji Woo), who never smiles and who doesn't want to get too involved in the children's emotional problems, instead simply fulfilling her role as chief cook and bottle washer for the day before going home at night. Her name in Korean means "unfortunate one", which is why the children laugh when they are told her name. 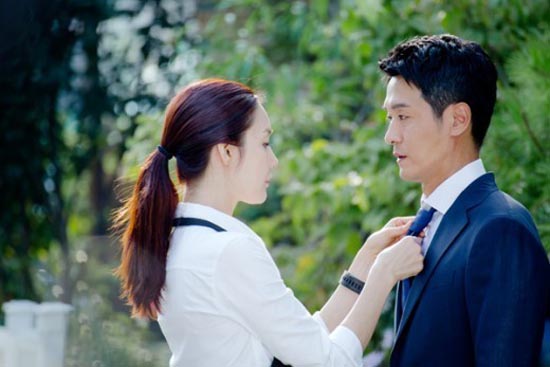 The children are not told right away that their mother's death was a suicide, only that it was an accident. (She died by drowning in a nearby lake). Very early on Bok Nyeo can figure out the truth because she finds Sun Young's last "will" written before her death (a very sad and dejected "birthday card"!), but it takes some time before the father and then the children learn what really happened, and with that knowledge they have to decide how they are going to react to their wimpy, cheating father.


At one point they decide to leave the home together and go to their testy, gruff maternal grandfather Geum Chi Woo's (actor Geun Hyung Park from Sandglass) home, where he resides with his surviving adult daughter, their funny and clumsy Aunt Na Young Woo (Yi Yung Shim). Granddad is none too pleased with how his grand-children's lives are turning out, and how their weak father is behaving, and he considers getting custody away from the father.

Will Dad ever shape up enough to take better care of his motherless brood? And what will happen with the mistress, now that she is no longer a kept woman because the wife is dead? A single career woman taking care of four children not her own, to whose mother she distinctly sinned against? Will Bok Nyeo's mysterious past ever be revealed? 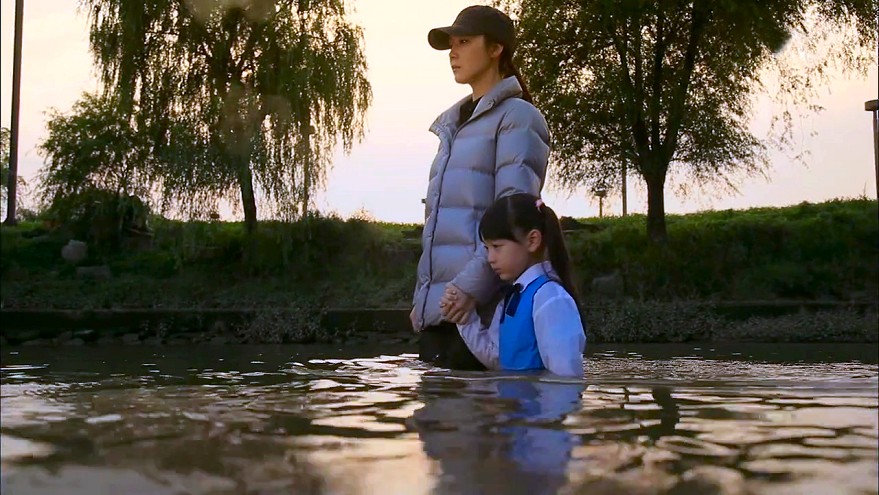 Each of the children is essentially given their own episode in this series, where their personal story is allowed to shine, and each in different ways is subtlety helped by Bok Nyeo to become more confident and self-sufficient. Doo Gyul (Chae Sang Woo, who made me laugh the most!), the oldest boy, is looking for something he alone can be good at, since he isn't the best of students, and he chooses to focus on cooking, and Bok Nyeo, an expert cook, can help him with that endeavor. 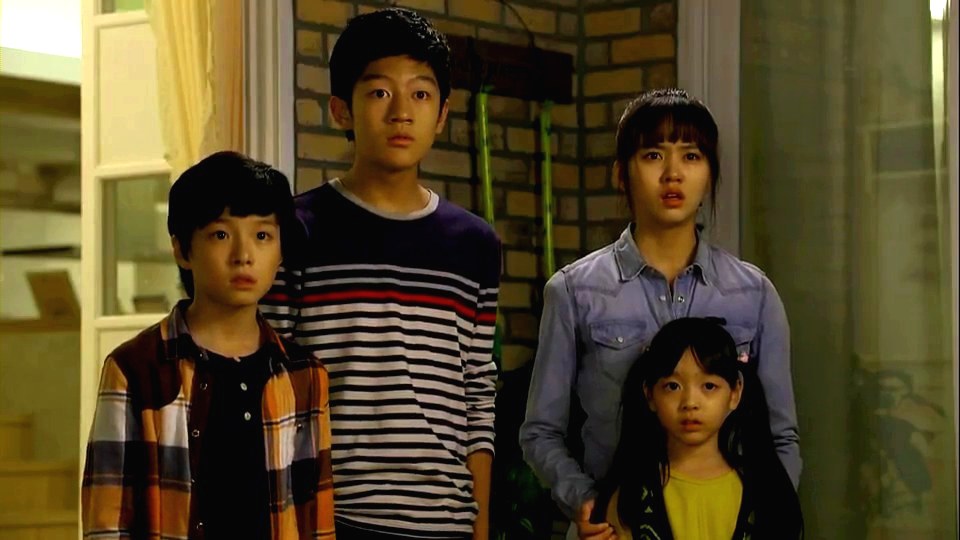 Se Gyul (Nam Da Reum) the younger boy is an exceptional student but because of his small size is bullied at school and he has to learn how to deal with the bullies effectively, and Bok Nyeo unexpectedly intervenes to help him, showing a definite willingness to go above and beyond the call of duty of any regular, normal housekeeper! 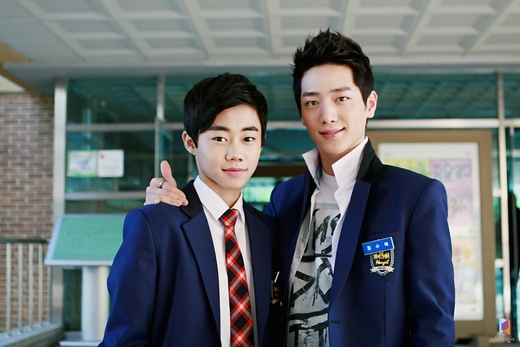 The oldest girl Han Gyul sings in a teenage band and is caught between two of the boys in the band who like her, Soo Hyuk Choi (Kang Joon Seo from Roommate and Cunning Single Lady) and Woo Jae Shin (cutie pie actor Ji Bin Park from Boys Over Flowers and Stars Falling From The Sky); when she considers quitting the band Bok Nyeo helps her to reconsider her decision.

The youngest girl Hye Gyul simply wants to be loved, and looks for a mother substitute in Bok Nyeo the housekeeper. Since Bok Nyeo states over and over she will simply obey any command given to her without question (as long as she feels capable of doing it) this causes some risky situations, especially after the children discover the truth about their mother's death. 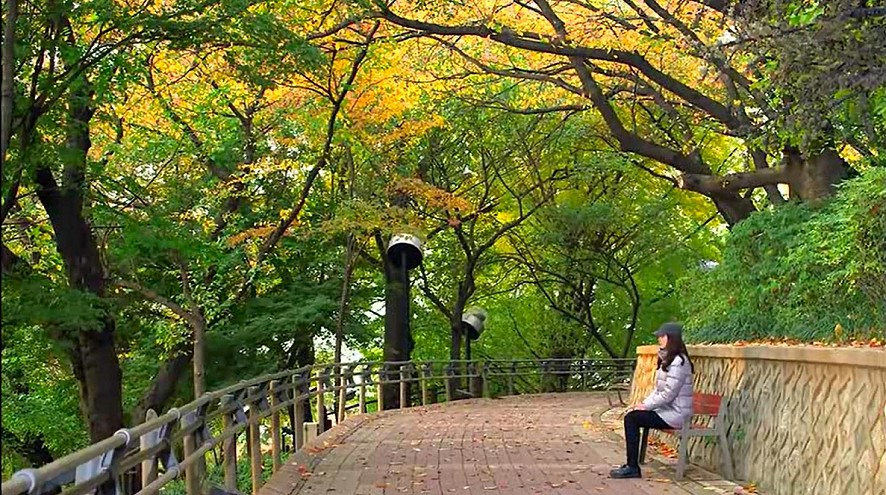 As the children slowly heal they begin to bond heavily with the emotionally cool and distant Bok Nyeo, and naturally begin to seek answers to the mystery of why she doesn't smile, and why she seems so cold yet efficient at everything she does, from basketball, to juggling, to video games, to cooking gourmet meals, to always having anything she needs in her mysterious bag, to flipping men over onto their backs, to immediately recognizing the voice of someone she knew long ago but who now has a different face!

So enters our dramatic, good-looking villain in the form of the father's new boss, Do Hyung Jang, who just happens to have a secret identity, Ji Hoon Seo (charismatic actor Jong Ho Song from Will It Snow At Christmas?), someone crucial to Bok Nyeo's past. Once the villain enters the picture the series really goes into a into roller coaster phase that will have you on the edge of your seat in fiery suspense ... literally! 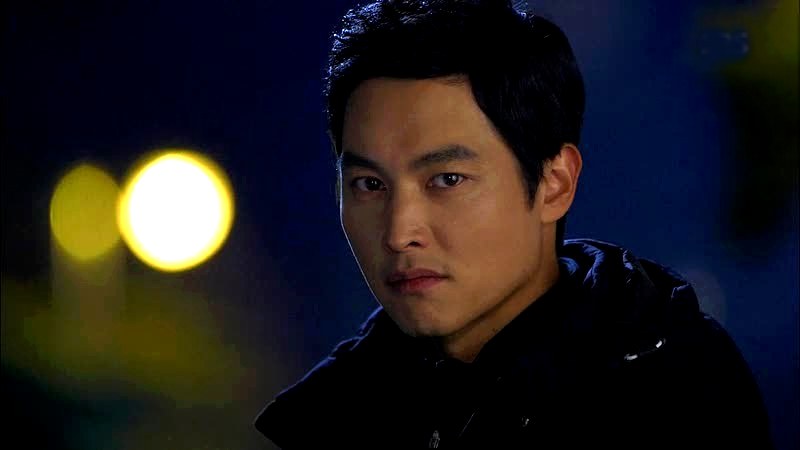 Darn it, actor Jong Ho Song is sooo good looking,
why don't they use him more in dramas?

This is a not to be missed Korean drama. All the characters undergo a tremendous amount of personal growth, which is emotionally fulfilling to the audience. The ending is extremely beautiful. When she smiles for the first time I bawled my eyes out! It was like the sun gleaming out of the clouds after the Noah's Ark rain stopped flowing.

The soundtrack - OST - is also excellent. I bought the CD on yesasia.com and always enjoy listening to it. The creepy main theme will immediately remind you of how great this Korean drama is, even a long time after you've watched it. Sometimes I'll put it on my stereo and clean my house to the music, although there is no way I'm a better housekeeper than Bok Nyeo! Enjoy the show! 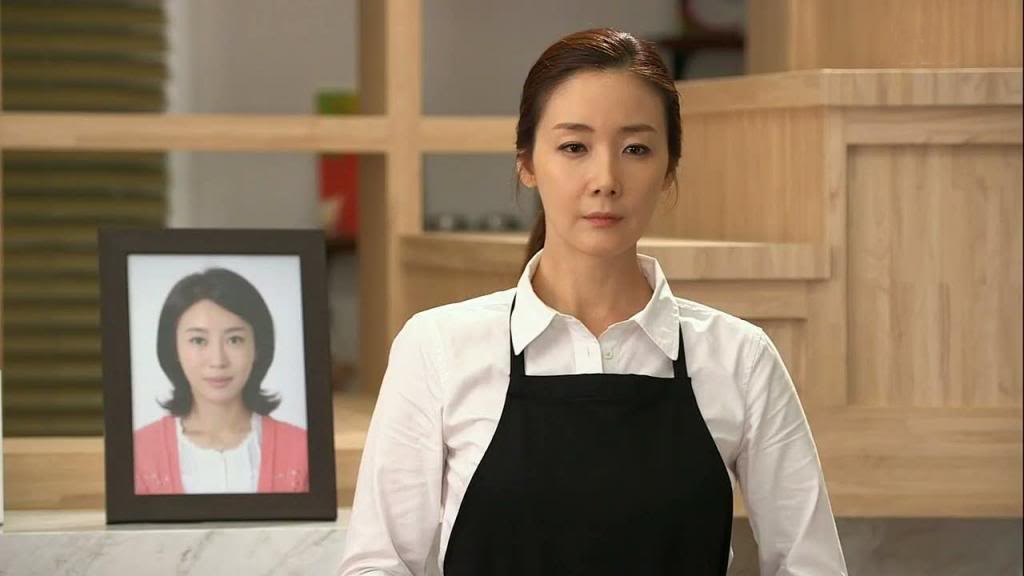 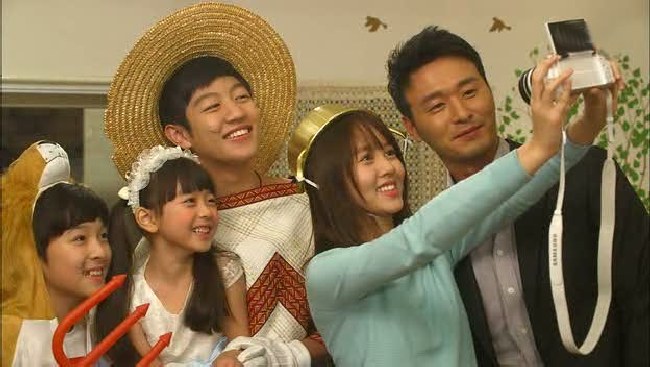 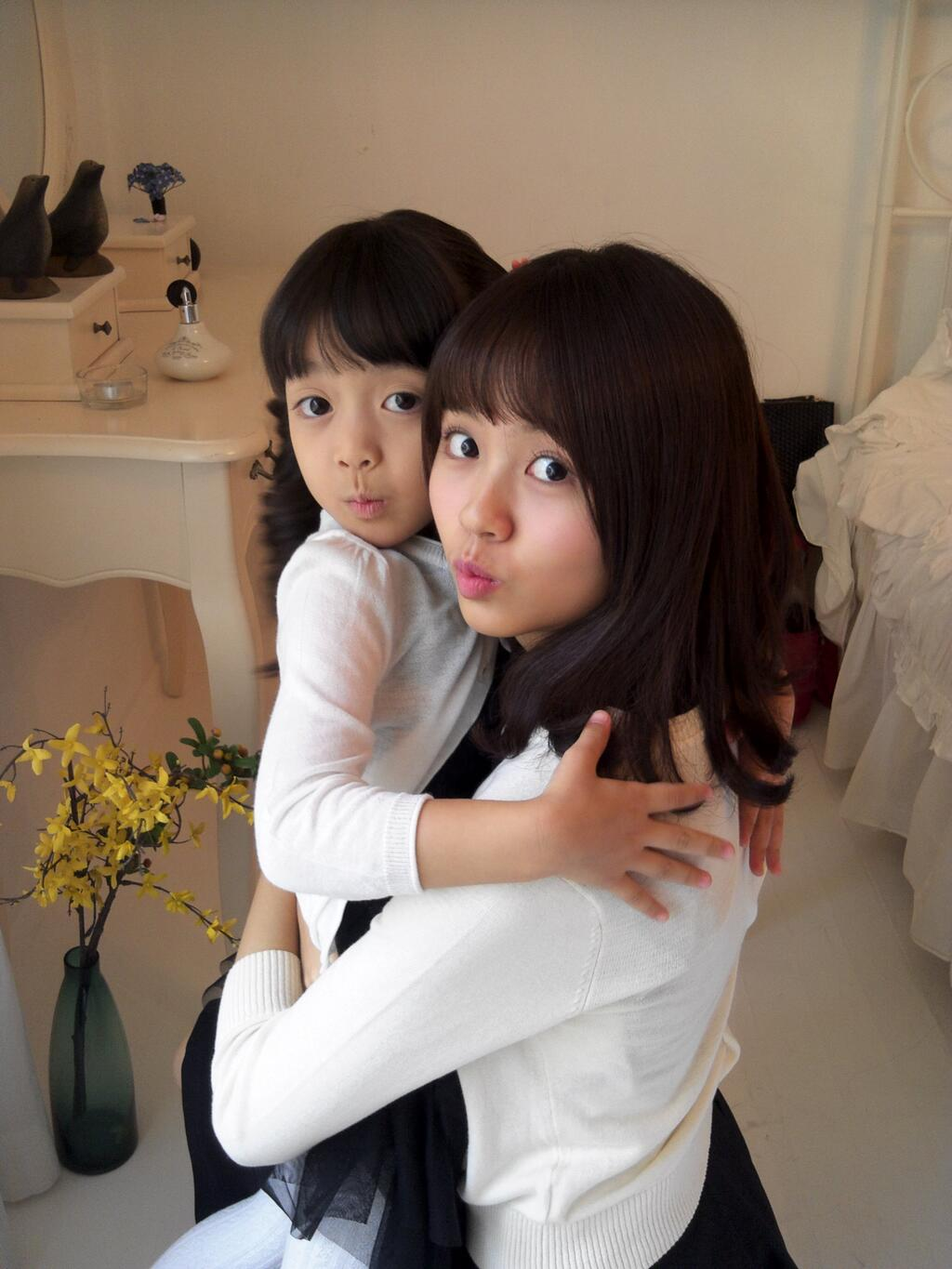 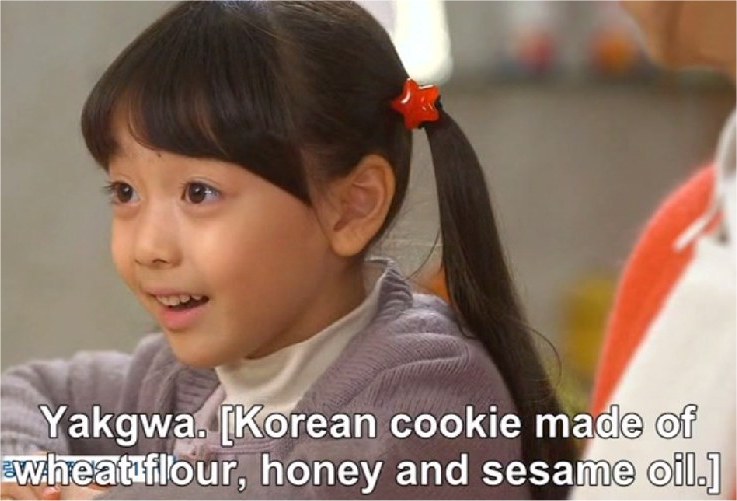 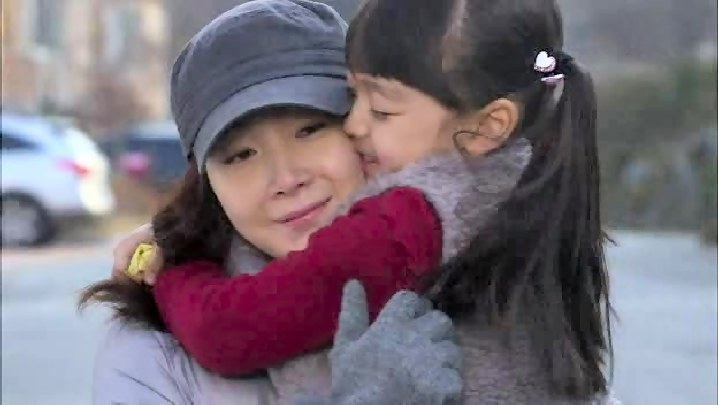 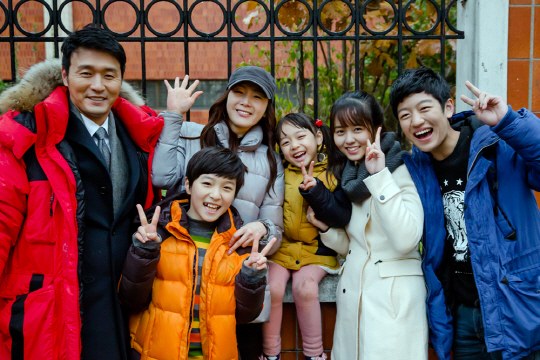 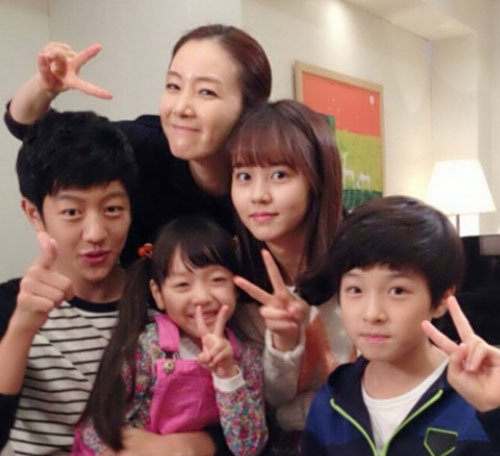 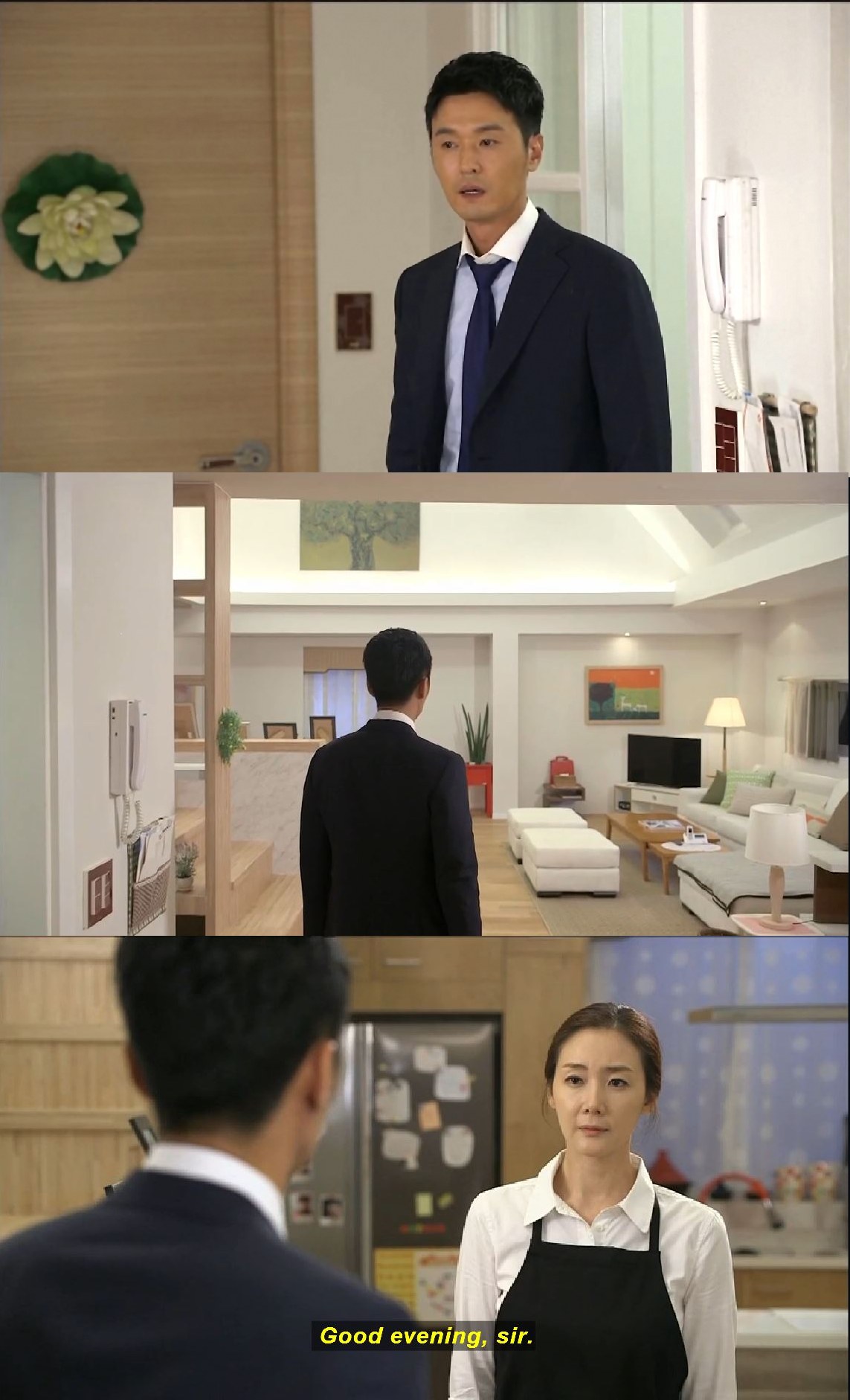