I started the legal drama Partner (2009) and literally jumped up and down and went "Yay!" when I saw who was in it, two of my favorites: actress Hyun Joo Kim (In Soon Is Pretty, Boys Over Flowers, Sparkling, film Calla) and Dong Wook Lee (Scent of a Woman, My Girl, Kang Goo's Story, Roommate). Also, who should show up but a bunch of character actors whom I loved in other projects, like Ahn Suk Hwan and Kim Mi Kyung (fondly nicknamed "Horseface" by fans), and other secondary characters who were familiar to me from many other dramas. I love when I recognize faces from other dramas, though I don't always know their names. It's fun to pick them out, "He was in this and she was in that," etc. So I just sat back with a smile on my face and settled in for a love fest between me and all the great actors and actresses in this show, who knocked it out of the ballpark and made me believe they were these characters. I pretty much marathoned this drama in only three days.

Partner is about a law firm trying to defend accused criminals or people who are being prosecuted unfairly (whereas the legal firm in the K-drama Pride and Prejudice was made up of prosecutors). Cases ran the gamut from a young man accused of deliberately murdering his step-sister out of jealousy, to an old woman who wanted to fight to keep her land from a company who wanted to confiscate it, a lawsuit between a wealthy mother-in-law and her poor divorced daughter-in-law whom she hated, and even a lawsuit against one of the partners in the law firm, Tae Jo Lee, played by Dong Wook, when he is accused of a murder he did not commit, framed and prosecuted by his own jealous brother, attorney Yeong Woo Lee (Cheol Ho Choi). Hyun Joo plays Eun Ho Kang, a novice attorney in the firm who has good instincts but not a lot of experience. In the process of working together in the same office the lead couple learn to rely on each other, trust each other, and to, of course, eventually fall in love. At first Tae Jo is distracted by fellow attorney Jeong Won Kim (Ha Nul Lee from Shark), and she certainly is beautiful, but he has no idea she is having an affair with his married brother. When he finds out that clears the way for him to move his affections away from her and toward Eun Ho instead.

One Of The BEST ACTED Scenes In K-Drama History!

With many K-dramas I can get a bit bored with shows that go to twenty episodes, but Partner seemed short to me at only sixteen episodes. I wanted at least four more episodes! Nevertheless I grade this an A because of its great cast, writing, and appropriate sentimentality. Pride and Prejudice K-drama might have been more sophisticated, but Partner has far more heart. â™¥

Hyun Joo Kim is the most natural and beautiful actress, her face is so wholesome it glows, and I can't stop staring at her whenever I see her in a show or film. Most people would probably know her from playing Lee Min Ho's older sister in Boys Over Flowers, but I have loved her in other stories where she picks unique characters to play -- this is one actress who will never be typecast! For instance, in Partner, she plays a single widowed mother of a young son and eventually brings him to live with her in the city. The writers didn't have to go there and "complicate" the plot with motherhood, but they did and it's refreshing.

Dong Wook is probably best known for Scent of a Woman, but he's been fabulous in everything else I've seen him in, plus he seems like a great guy in real life, financially taking care of his mother and ill father due to his acting successes, and kind to every co-worker I see him with. A true professional and a class act. (Not to mention drop dead gorgeous!). All the other supporting cast fleshed out their roles very well, some were rather comic, like the law firm's oddball female secretary Sun Yi (Shin Yi), who made me giggle, others a mix of comedy and seriousness, like the lead attorney Yong Su (Won Jong Lee), and others ambitious and desiring to get ahead above all other considerations, like attorney Yun Jun (Dong Wook Kim). 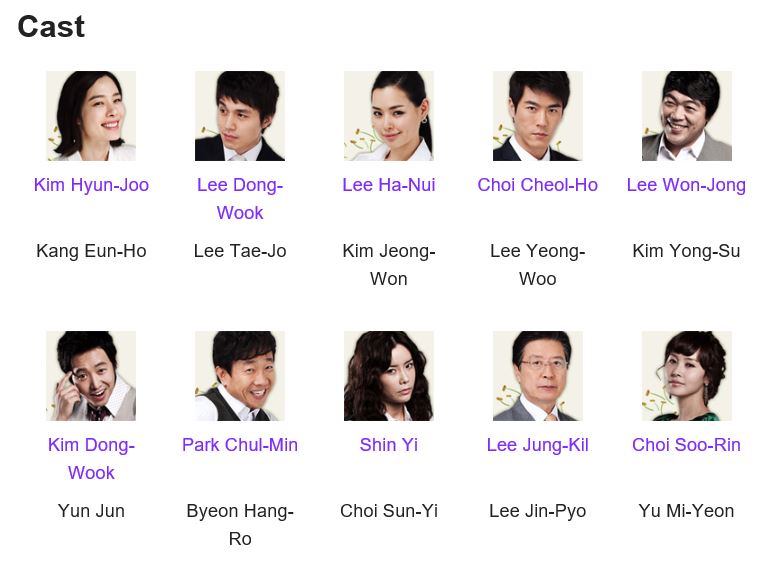 Two of my favorite moments in the show: in the beginning we see Eun Ho jobless but taking time to teach youngsters how to box and defend themselves in the ring. Her cell phone rings while she's boxing, and she is distracted, and a chubby kid knocks her out. In the following scene we see her receiving a phone call offering her a job as a new attorney with a law firm in the city. She packs up and leaves with her stuff on a truck and suddenly hears a honk. She looks out the window of the truck and sees all her boxing students following behind her on motorbikes, cheering and waving and giving her thumbs up, the chubby kid in the lead. She grins and waves. Someone in the comments on Viki made me laugh: "How come I'm crying already and this show is just beginning?" Haha! I love endearing and sentimental K-dramas. 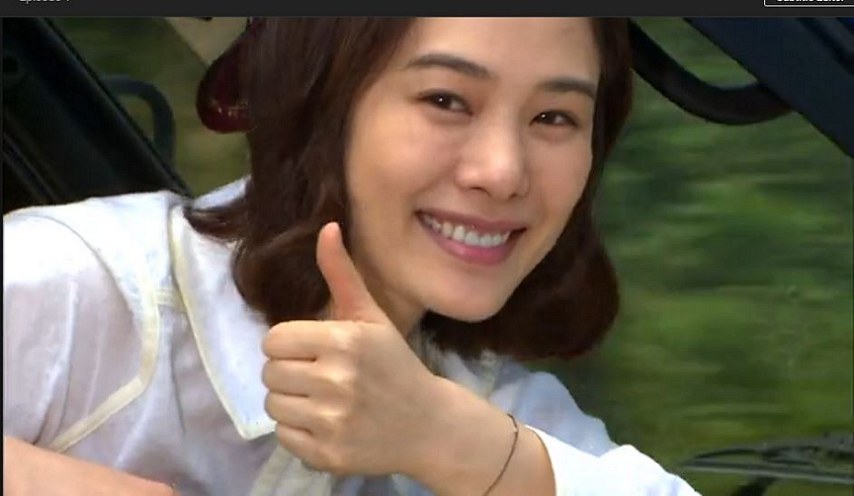 The second scene I loved the best: character actor Ahn Suk Hwan blew me away in episode three. What an INCREDIBLE actor. He gives us a scene that has to be one of the top five scenes in all K-drama history, with his character pleading on the witness stand for the life of his step-son who has been accused of the murder of his daughter. He hates him but loves him too. "I've raised him since the age of ten, we've laughed together and cried together, I don't want to see him die."

The scene lasted a good ten minutes and I was so engrossed in his performance that I didn't even realize there were hot tears streaming down my face! When it was over I said, "Omo, I'm crying!" and had to stop the drama momentarily to go get tissues! If you're ever on Viki just put on episode three of Partner and you'll see what I mean about that scene. Devastating. From My Girl to Falling In Love With Soon Jung, from Chuno to Personal Taste, from Bridal Mask to The King's Face, from Rooftop Prince to Discovery of Romance, he's always giving 1000% in every secondary role he plays. Bravo, sir! 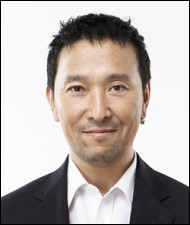 
Wouldn't it be wonderful to have him and all our favorite veteran actors in a K-drama with NO YOUNG UPSTART ACTORS in the cast??? Just the Seasoned Players. I would just eat a show like that up like there was no tomorrow! 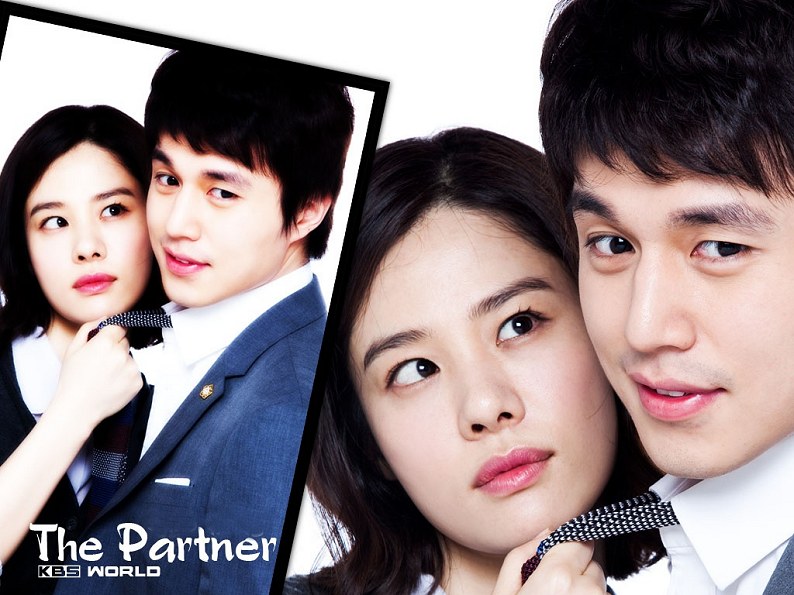 With Hyun Joo basically playing an Angel of delight, and Dong Wook playing a delicious scamp, jokester and ladies' man / playboy at first and then morphing into a more serious fellow, there is so much to enjoy in Partner. When his character turns serious he's also brilliant and gives his partner some things to think about because of his experience on the court and her lack of it. Yet he is proud when she grows in her legal skills, and ultimately becomes his defense attorney.

This is truly a delightful show and I'm sure I will be watching and enjoying it again in future. I often lost all track of time while watching it, I was that engrossed in the characters and their lives and their work. After all, a partner is not just someone you can marry, it can also be a co-worker you admire. And when both are combined? Zowie! as Osgood would often say in the classic American film Some Like It Hot. :)

~~~~~ BACK TO KOREAN DRAMA REVIEWS