Magnificently told stories like this one are exactly why I watch Korean dramas almost exclusively now. They are so well constructed by intelligent people and give you lots of surprises and romantic warm fuzzy moments along the way. Koreans aren't afraid to show sentimentality in their dramas and films, unlike modern Hollywood. Kang Goo's Story will touch your heart. It's truly unforgettable, and at only two hours total (2 episodes) it's a great choice to introduce "newbies" to the wonders of K-dramas!

It also features the BEST piggyback ride in K-drama history. Ever. If you know anything about Korean dramas and films you know that almost all of them at one point in the story will have a male character put a female character on his back and carry her to a destination; well this piggyback ride slaughters every single one of them because of the horror that the woman had just experienced before he lifted her up on his back. Unbelievably beautifully done! All to the haunting music of Roy Orbison singing A Love So Beautiful. Perfection!


The Story: (Spoilers) Kang Goo (Dong Woo Shin in a marvelous performance for a youngster!) is a teenager and this is his story in part (he is the narrator) but most of the story is about his single diabetic mother named Sook Moon (exquisite 41 year old actress Joo Mi Park), her joys, her heartaches, as seen through his eyes. She loves one man for a lifetime, though he has no idea until near the end of the two hour drama. Old cell phone text messages discovered toward the end of the show provide clues to the mother's mindset and feelings, which were occurring at the beginning and middle parts of the show, and tie up the story with poignant simplicity. 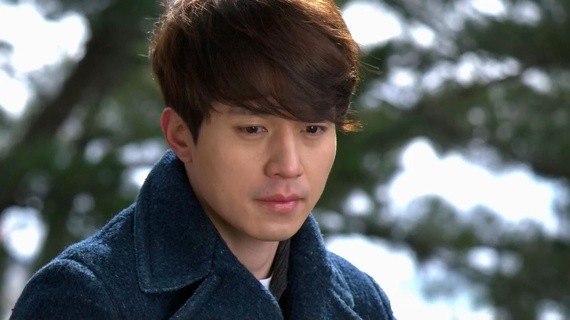 Actor Dong Wook Lee gives a performance here that rivals his exceptionally strong one in 2011's Scent Of A Woman and which I like even more than the one he gave in Goblin. His character here is Tae Kyung, a gangster whose best buddy was killed in an organizational hit, and before he had died his friend had begged Tae Kyung to look after his sick older sister and her teenage son. They live on a beautiful island and she runs a cafe. 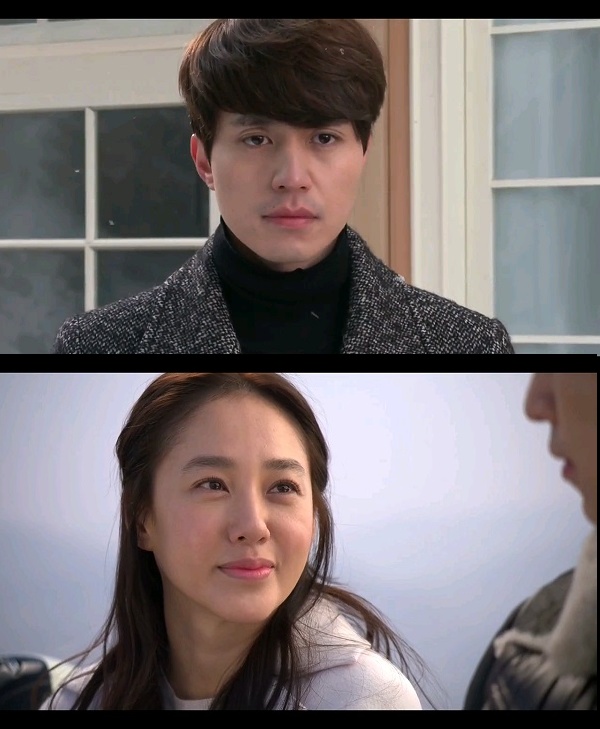 So Tae Kyung goes to size them up and is impressed by Sook Moon's quiet and reserved manner, and Kang Goo's strong protective attitude toward his mother. He starts doing nice things for them to make their lives easier and he begins to fall in love with Sook Moon.


When a rival crime organization wants to buy up the property where Sook Moon's beach-side restaurant is located he stalls the process and arranges for an alternative solution. The rival boss threatens to cut off his finger or his hand if he doesn't back off in protecting this woman. In one beautifully orchestrated scene gangsters from the rival gang line up to fight it out with Tae Kyung when suddenly Kang Goo and his high school soccer teammates descend on the bullies and scare them away! Innocent kids vs. corrupt adults, priceless! 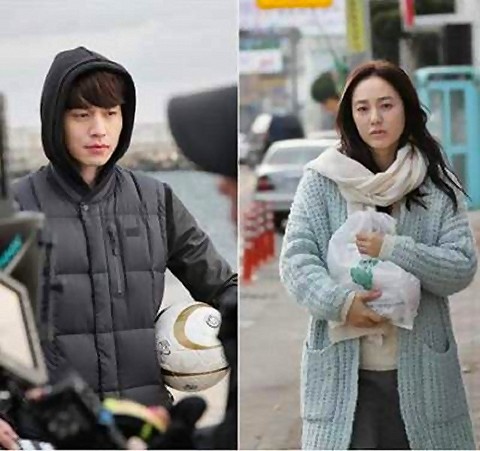 There is much symbolism about the importance of love in people's lives, and the bittersweet feelings of regret and at the same time, peace. I don't want to give away too many spoilers but please watch it. It's only two hours of your time but well worth it to watch such a profoundly beautiful love story. You will never see anything this beautiful on American television. I promise. If you want to enjoy this rarity consider joining our message board - we share. :) 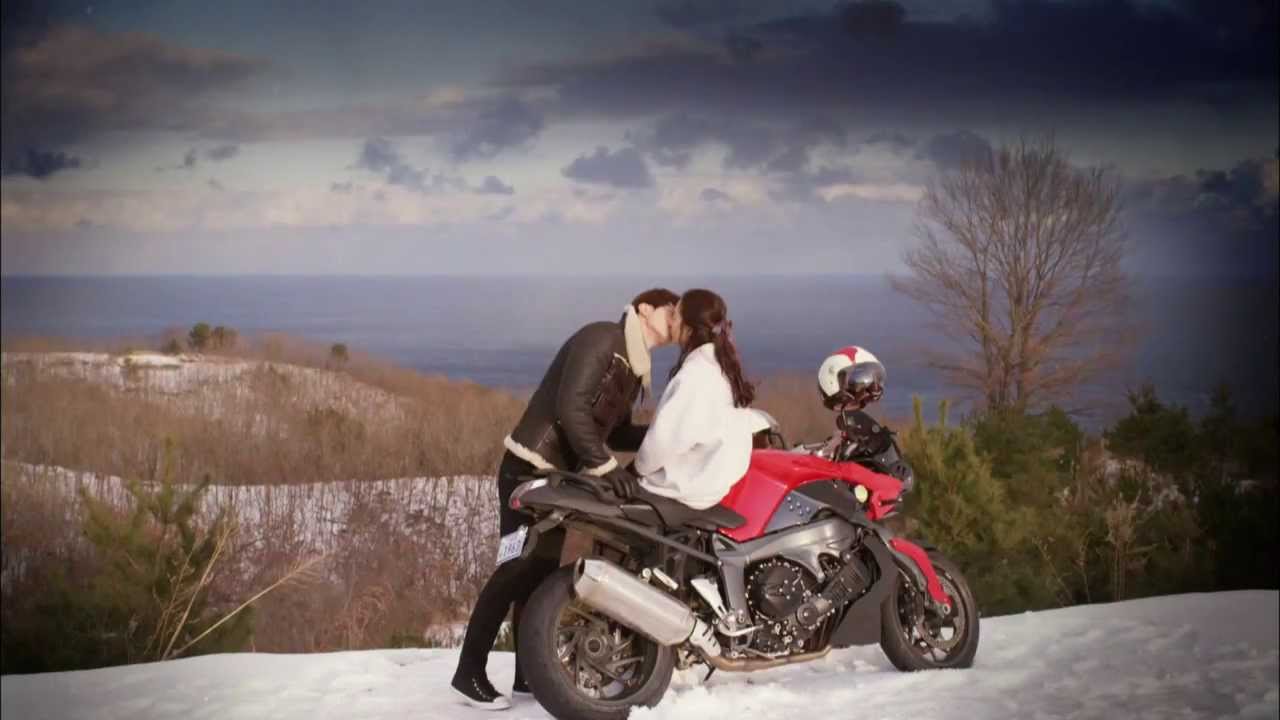 They originally filmed this to be the first 3D television show in Korean history. If you had the glasses or a 3D television you could watch in three dimensional gorgeousness! I envy those Koreans who had a chance to watch it like that. Sigh. Why doesn't America's Hollywood ever create anything this beautiful? 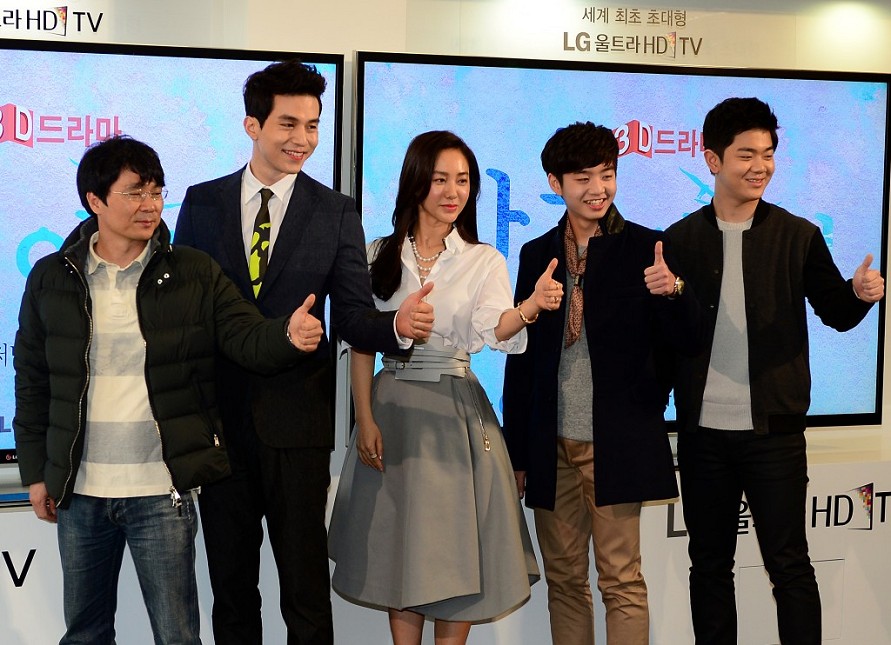