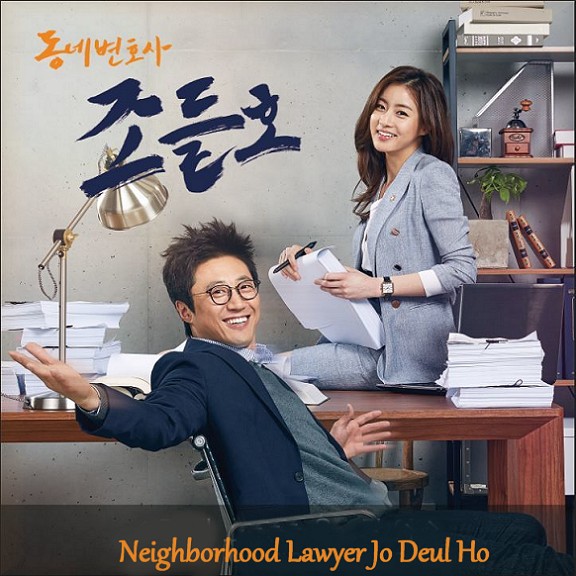 Neighborhood Lawyer Jo Deul Ho (2016) is a powerhouse legal drama which mixes a decent amount of comedic suspense at times into an overall serious story of a good man, a lawyer named Jo Deul Ho (Park Shin Yang from Painter Of The Wind and Lovers In Paris) who became a new prosecutor but who was ensnared into a corrupt fellow prosecutor's web and framed. He spends time in jail for trusting the wrong people, not for any real wrongdoing. The drama was expanded from 16 episodes to 20 episodes due to its excellent ratings.

When Jo Deul Ho comes out of jail he has basically given up on life, he lives on the street, his wife (Park Sol Mi from Winter Sonata and Beloved) also an attorney, has divorced him, he is estranged from his little daughter, he is despondent and uncaring about life anymore, until he helps another homeless guy with legal advice, and then a young man is murdered whom he knew in their orphanage when they were children together. He decides his life up to that point has been useless, because he did not take a strong enough stand for justice. He realizes he needs to make drastic changes, to face his past life, mistakes, and become a better person through helping others; he cleans himself up and becomes a public defense lawyer. They don't make a lot of money compared to the big shots in the legal field, but that doesn't stop him from trying to help the innocent. Along the way he makes new allies, including another defense attorney (played by Kang Sora from Doctor Stranger, Jeju Island Gatsby, and the masterpiece Misaeng), who has a thirst for true justice and the betterment of human beings' lives, just like he does. Will any sparks fly romantically between them?

The tale is very inspiring and I was never bored while watching. While corporate business dramas can sometimes tend to bore me, legal dramas seldom do, because they are not just about people achieving business goals and making more money, they are about seeking justice for the disenfranchised, and about putting the corrupt ones in jail instead of the innocent. 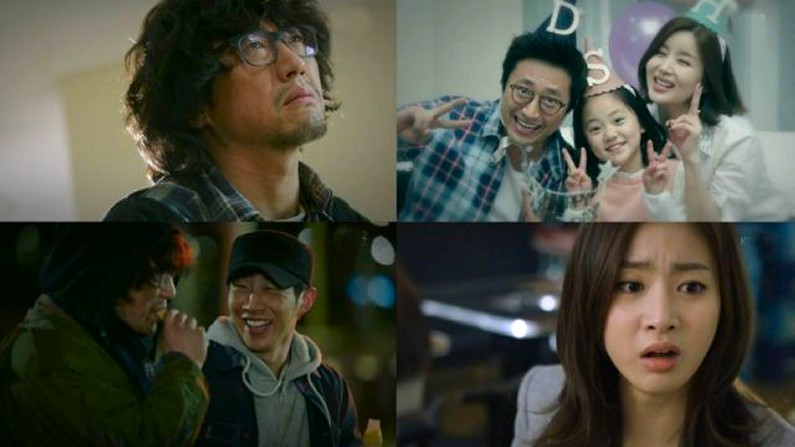 Lead actor Park Shin Yang gives yet another tour de force performance in Neighborhood Lawyer Jo Deul Ho and he's the biggest reason to watch this drama. He is a great actor, truly amazing in everything I've seen him in, film or TV drama. When he plays Kindness Personified, as he did in Painter Of The Wind, and like he does here, he has no equal in the acting profession in Korea. 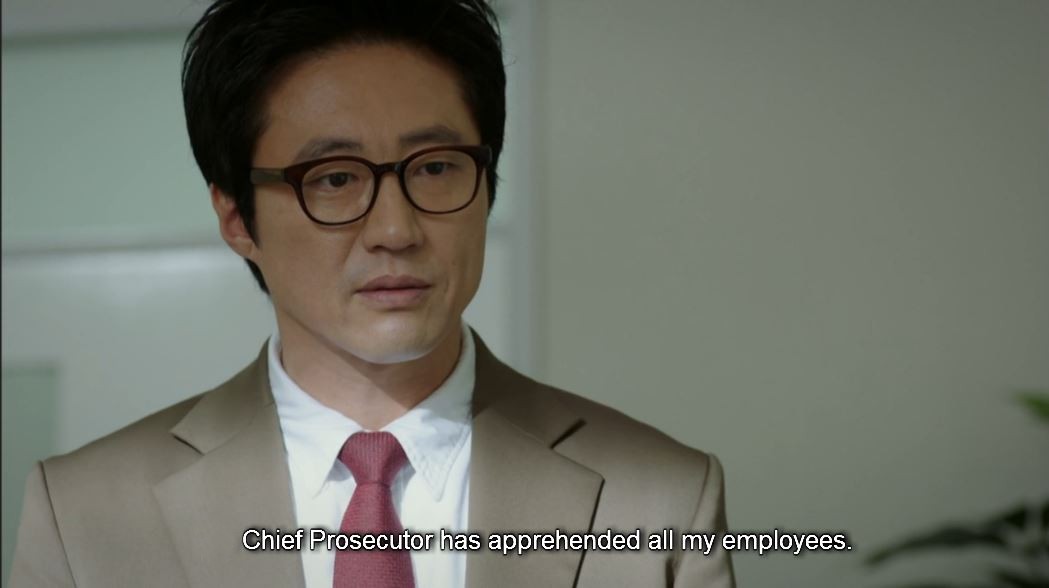 The supporting cast also includes the handsome and enigmatic actor Ryu Soo Young (Summer Scent, My Princess, Two Weeks, Rebirth: Next) who plays the lawyer son of the most corrupt lead prosecutor in the story, who in turn is played by the brilliant veteran actor Kap Soo Kim, who played the girls' father in the film classic A Tale Of Two Sisters. The son, deep down, knows his father's vices, and it's interesting to watch him deal with them, at first on a personal level and then a professional one as well. So there are several layers to this legal melodrama that all build an interesting and solid foundation. It's not just about crime and justice, but about family dynamics too.

Do the evil always prosper, or is there hope for true justice? This drama attempts to give its own spin on that eternal question. 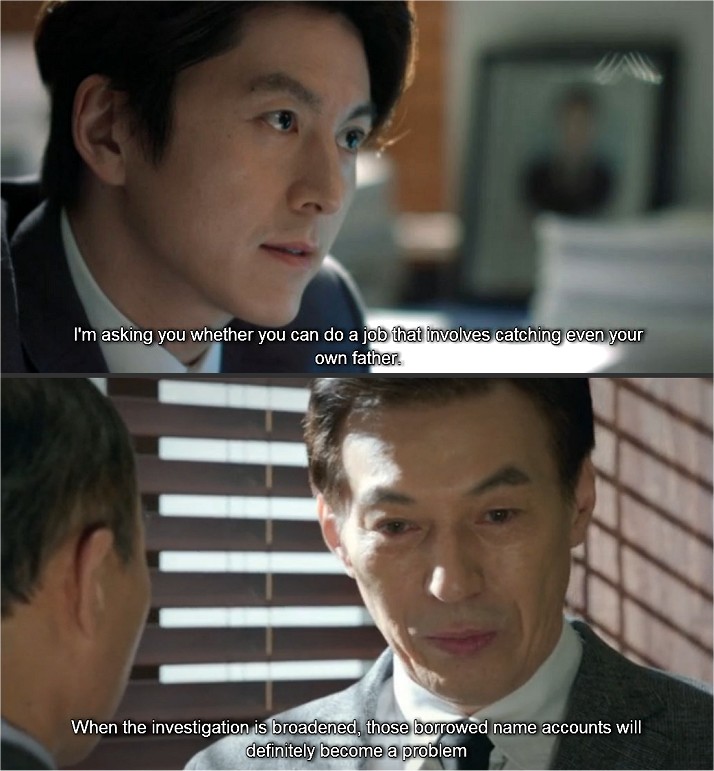 Jo Deul Ho (Park Shin Yang) grew up in an orphanage, but becomes a promising new prosecutor in a legal office where he has perhaps TOO much respect for his elders who hired him; in reality they see him as someone easy to manipulate due to his naivety. His wife Jang Hae Kyung (Park Sol Mi) is an attorney also, and the daughter of a big name law firm CEO named Jang Shin Woo (Kang Shin Il from Descendants Of The Sun and I Hear Your Voice). Jo Deul Ho and Jang Hae Kyung have one daughter together named Soo Bin (Heo Jung Eun). He loves her but he doesn't get to spend as much time with her as he'd like.

Jo Deul Ho's life is about to change drastically, after he decides to prosecute the powerful, wealthy CEO Jung (Jung Won Joong), a man with a malevolent soul, for business corruption through bribes. Jo Deul Ho also learns that his close childhood friend from the orphanage Kang Il Goo (Choi Jae Hwan) was setup as the fall guy in a fatal arson case caused by CEO Jung's own equally malevolent son (the apple doesn't fall too far from the tree).

While prosecuting CEO Jung, Jo Deul Ho is framed by those closest around him who have taken money from CEO Jung over the years, including the lead prosecutor who hired him, and Jo Deul Ho is soon charged with accepting bribes from the defendant. His career is effectively over and he is sent to jail as punishment, for a crime he was set up for but didn't knowingly commit. 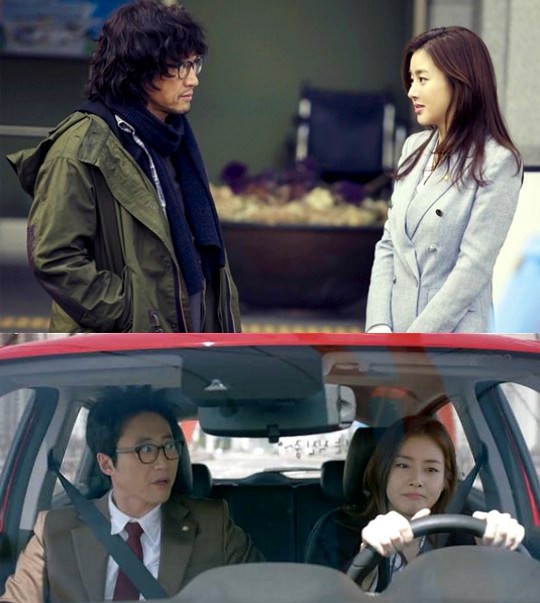 Three years pass, Jo Deul Ho is now out of jail and homeless, living on the streets. His wife divorced him in the interim and he is estranged from his young daughter Soo Bin, who missed him terribly all that time and holds a grudge against him for disappearing from her life. Then one day Jo Deul Ho happens to meet Lee Eun Zo (Kang Sora) who mistakes him for a pickpocket and she chases him down a street. They eventually learn to trust each other and become friends.

Lee Eun Zo is a rookie attorney and just so happens to work for the law firm run by Jo Deul Ho's ex-father-in-law Jang Shin Woo. Then right in front of him one night Jo Deul Ho's close childhood friend Kang Il Goo, who was previously set up as the fall guy in the arson case, is hit by a truck and dies. He suspects murder. After his friend's funeral, Jo Deul Ho learns that the police have arrested a new suspect in the fatal arson case, which seems very suspicious. When will the REAL culprit ever be caught?

Jo Deul Ho cleans himself up and begins his new career as a defense lawyer, to find the real murderer(s) and to help other people in need of low cost legal aid. He starts his own law firm with Lee Eun Zo, and a reformed loan shark named Bae Dae Soo (Park Won Sang) who has many contacts in the underworld, and witty female secretary Hwang Ae Ra (Hwang Suk Jung from She Was Pretty and Cheese In The Trap). This is one of the few times I've ever liked a loan shark type of character in a K-drama, another being the loan shark in Liar Game, who had a decent side to him. Most loan sharks in Korean dramas are as corrupt as the day is long. It's cute to see him and the secretary grow fond of each other, though both profess their relationship isn't romantic at all. (We the audience know better!). 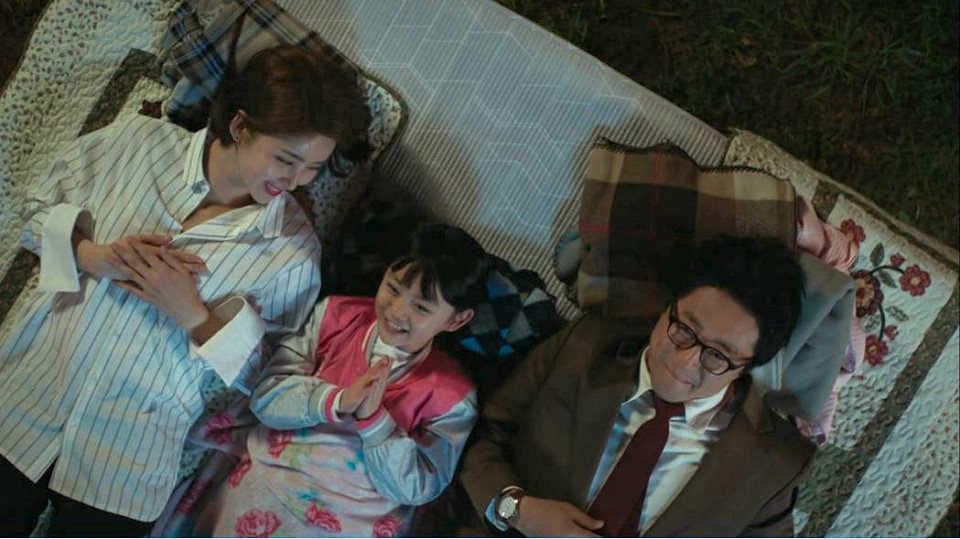 On a personal level Jo Deul Ho tries to re-contact his daughter and ex-wife, to ask for shared custody, but his ex is having none of it. Eventually, however, her resolve breaks down a bit and she agrees to supervised visitations. His daughter slowly learns to trust her daddy again, but there are still occasions where daddy has to let her down, especially when his career gets in the way of her childhood pleasures, like a birthday party. It's tough being the little daughter of two busy attorneys! Soon the ex-wife gets in legal trouble herself on a case and Jo Deul Ho gets her out of trouble, to her gratitude and the gratitude of her father. But the bad guys won't stop there with their vengeance against Jo Deul Ho: now they are going after his own law firm's workers, too!

This show is definitely different, with some cool plot twists, which is what I was looking for; for instance, (SPOILER) the second female lead played by Park Sol Mi wins the first male lead Park Shin Yang in the end, so husband and wife re-commit, and the first female lead Kang Sora looks like she might just end up with the second male lead Ryu Soo Young. Interesting to change standard K-drama protocol and still get excellent ratings! Maybe there's a lesson in that for K-drama producers? Try something a little different in the romance department? At first it was a bit of an adjustment for me, since I thought Kang Sora's character would win Park Shin Yang's character's heart through her dedication to pursuing justice, but I guess the lure of showing a family reuniting was a stronger storyline for this writer. 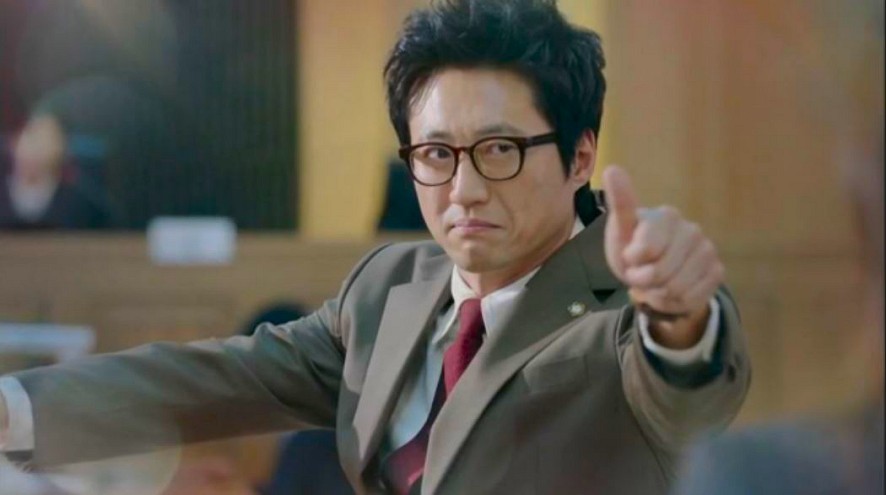 I hope to see Park Shin Yang in many more dramas in the future, although I doubt anything will ever usurp my affection for his character in 2008's Painter Of The Wind, a veritable masterpiece. If you favor legal dramas check this one out. This is a good choice, too, for middle aged and older people, who appreciate fine writing and a story based on characters more their own ages. The vast amount of K-dramas favor the teenybopper and twenties-something crowds; there are fewer dramas appealing mostly to more mature folks. This is one of them.

As of late October 2016 we hear a sequel is planned for this drama, which will be awesome! It should be broadcast sometime mid 2017.