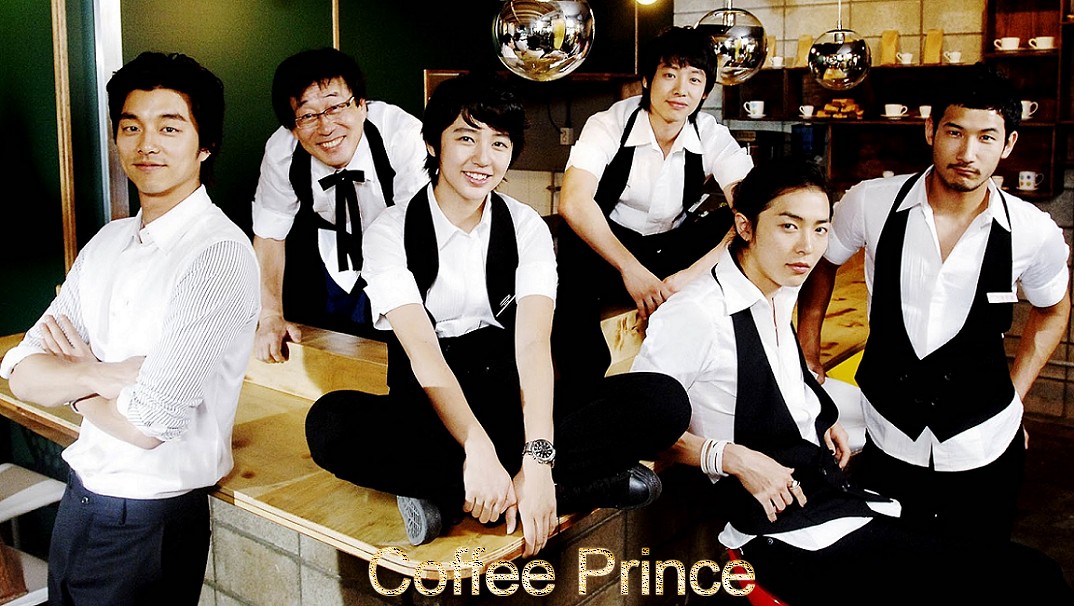 This Korean drama, romantic comedy with historical landmark rating shares, Coffee Prince aka The 1st Shop of Coffee Prince (2007), certainly knocked my socks off. It's completely addictive and I marathoned it all the way through in two days. Since then I re-watched it two more times over the years.

The biggest lure of the show is the performance of lead actress Eun Hye Yoon, who was a revelation to me. I had seen her in several other shows, and while she was excellent in them too, this performance blew my mind! She's supposed to be pretending she's a boy to get a job at a coffee shop, because the owner only hires men. All I can say is Eun Hye Yoon must have studied the mannerisms of young men for quite some time because she got them down perfectly. She even convinced me she was a boy. A masterful performance! All the mannerisms of a young boy who knows nothing about decorum were in her body language and actions: the wolfing down of food, the abrupt, jerky, klutzy movements, the lack of personal care over her skin and appearance, including slovenly clothes and lack of cleanliness -- I raised 3 teenage boys, so I know: it was all there. Combine her realistic performance with the sensuality and a-typical good looks of leading actor Gong Yoo (Goblin), who also gave a masterful performance as a happy-go-lucky young man who begins to question his sexuality when he finds himself attracted to a "boy", and you've got a dynamite, sexy story line which will keep you glued to your television screen through all 17 episodes. The supporting cast were equally fantastic, which makes Coffee Prince one of the most exciting Korean dramas I've ever had the privilege to enjoy. 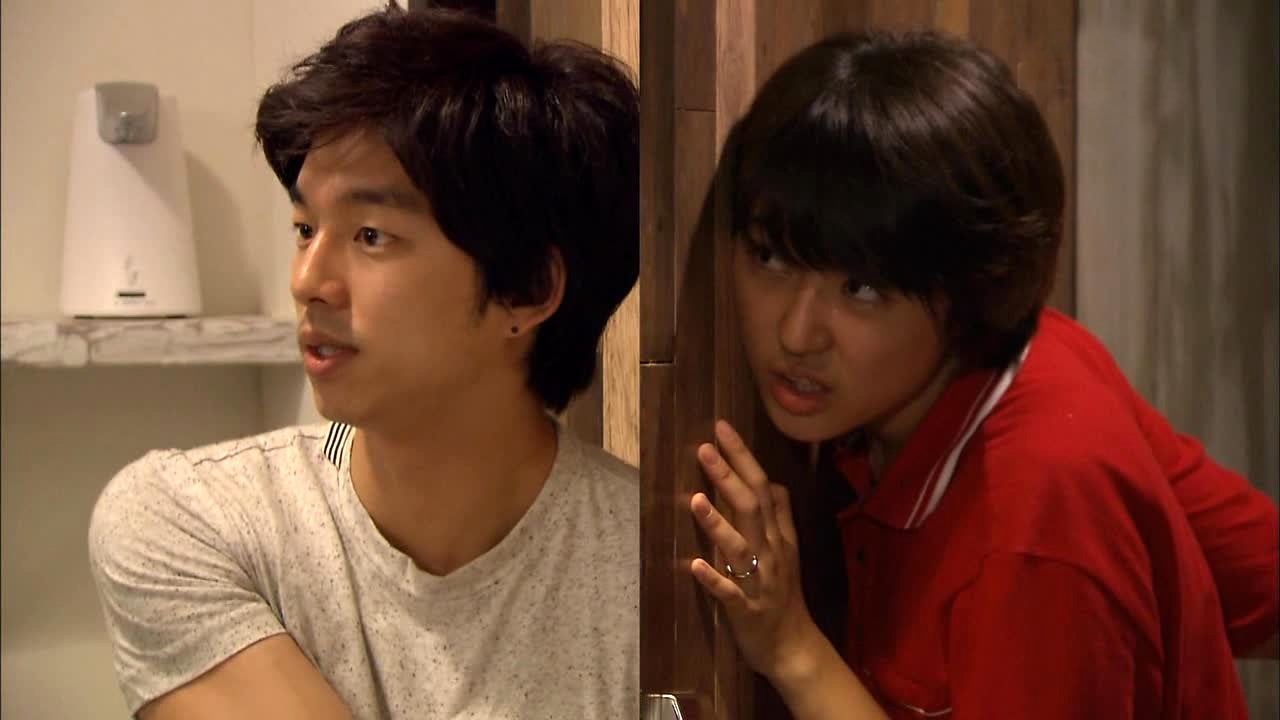 The Story: Han Kyul Choi (Gong Yoo) is the grandson of a domineering food chaebol (mogul), played by veteran actress Young Ok Kim. She is frustrated by his happy-go-lucky personality, his lack of ambition (he's never held a real job and he's in his late 20's), and his free and easy sexual lifestyle with no sense of responsibility. Han Kyul's mother (Kim Ja Ok, RIP) had not been the most attentive mother, to say the least; grandma had been more of a mother to him over the years. While Han Kyul plays around with many women, he is secretly hung up on his first love, the stunningly beautiful artist Yoo Joo Han (Jung An Chae from The Prime Minister and I and Cain and Abel). However, she was never interested in dating him, so they remain simply friends.

She in turn seems to prefer his cousin, a successful music producer named Han Sung Choi (Sun Kyun Lee from film Parasite, K-dramas My Ahjussi and Pasta), and they have an on-again, off-again physical relationship, which Han Kyul suspects is going on but never does anything to interfere with, out of respect for his cousin. 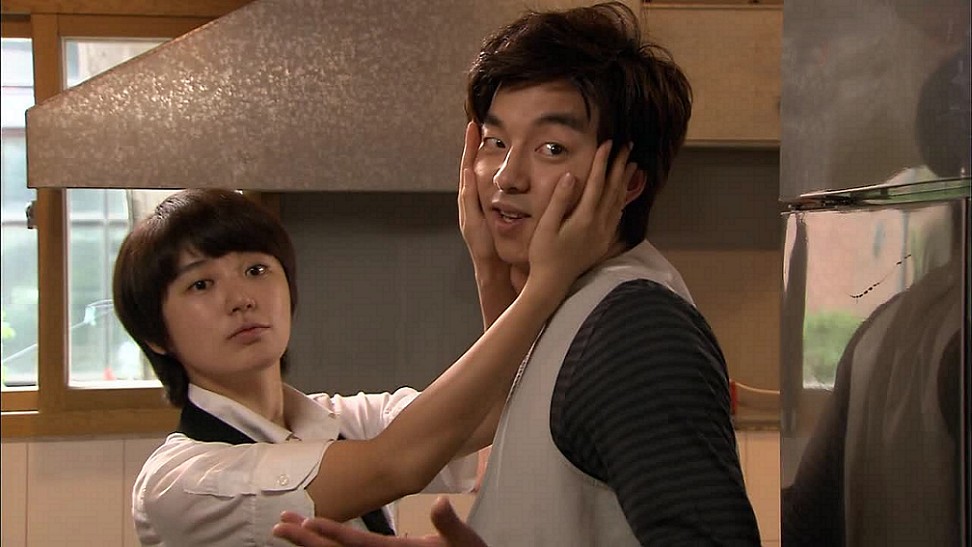 In complete contrast to the lazy good-for-nothing Han Kyul, Eun Chan Go (terrific Eun Hye Yoon) is a hard-working 24-year-old tomboy, who is often mistaken for a boy. Her father died when she was sixteen, and she has taken over as the breadwinner for her family, including her scatterbrained mother (Won Sook Park) and silly younger sister Eun Sae (Ye In Han from Dream High). Eun Chan takes up every job possible to pay the family's bills: Taekwondo teacher, waitress, food delivery, and gets around on her motor scooter, which is always breaking down.

When Han Kyul and Eun Chan meet for the first time (she is delivering food to his apartment) he thinks she is a boy, but notices that "he" seems to be flustered by his naked legs which he was drying off after taking a shower. Later on they meet again when Eun Chan stops her sister's goofy boyfriend Min Yeop Hwang (Eon Lee, deceased, RIP) from stealing his cousin's girlfriend's purse on the street. Han Kyul mistakenly thinks this delivery "boy" is in cahoots with Min Yeop to rob people and it's only later that he believes "he" was only trying to stop the theft.

A testy relationship begins to develop between Eun Chan and Han Kyul, but "he" is the first person Han Kyul thinks of when his grandmother insists he start going on multiple blind dates to find a woman to settle down with. To ruin the dates Han Kyul hires Eun Chan to pretend to be his gay lover to scare off the girls, and then a series of silly situations arise as each date becomes angry when she sees Han Kyul "kissing" a "man". The plan works in more ways than one: it gets rid of the blind dates, but it also brings Han Kyul and Eun Chan into an amusing part-friendship, part-cantankerous relationship where they begin to feel attracted to one another in earnest. He begins to admire how hard Eun Chan works, and she admires his sense of fun and adventure. They actually are perfectly compatible, a good mix for one another.

Meanwhile, Han Kyul's cousin Han Sung also attracts Eun Chan's attention and she fancies herself having a crush on him. She meets him while she is doing her deliveries and he is walking his fluffy big dog. Han Sung is kind to Eun Chan, but unlike his cousin, he knows all along that Eun Chan is really a girl.

Grandmother, frustrated over the unsuccessful blind dates, takes another tactic to get Han Kyul to become more responsible: she buys a rundown old coffee shop, later renamed "Coffee Prince," and tells him to run it, fix it up, and hire good workers to make the enterprise successful. Eun Chan encourages the insecure Han Kyul to go for it, and he in turn offers Eun Chan a job helping him set it up. This is to be her first full time job and Eun Chan is excited, and purposely refuses to divulge her true sexuality to Han Kyul, saying she has lost her ID. He shrugs it off because by this time he trusts the hard-working Eun Chan to make a success of it more than he trusts himself. 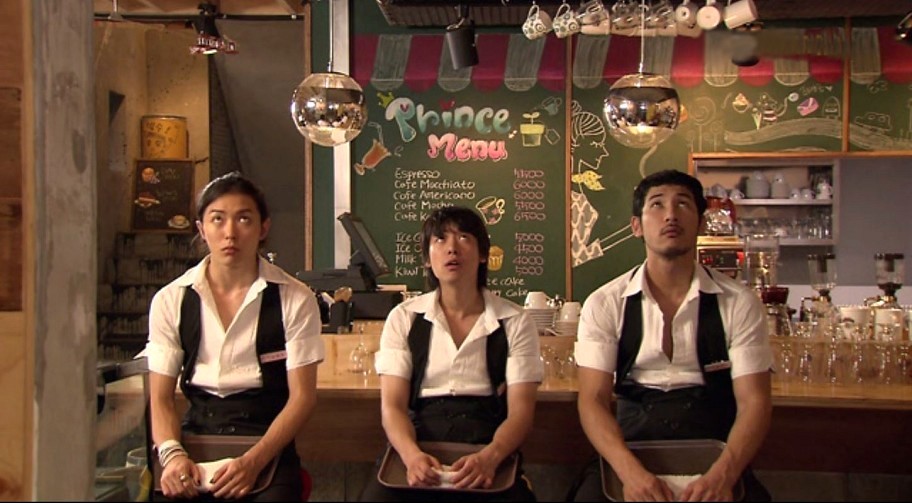 They go about hiring their first waiters, including Min Yeop (whose life Eun Chan wants to turn around for the better for her sister's sake), and Ha Rim Jin (Dong Wook Kim, Find Me In Your Memory) a fast talking dynamo who is always pretending to be a great ladies' man but who never seems to have a date. Later, they see a successful waffle maker on the street named Sun Ki No (dreamy Jae Wook Kim from Voice and Who Are You? and Bad Guy and Mary Stayed Out All Night). He is half-Japanese, half-Korean and has a witty sense of humor (the actor gets some of the best lines in the show). They hire him to make waffles for the customers to eat while drinking their coffee. 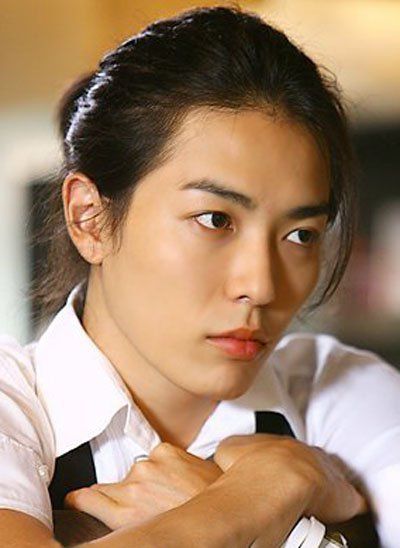 Jae Wook Kim Gets
The Best Lines In The Show!

Following up in the rear is the former barista of the old establishment, Gae Sik Hong (wonderful veteran actor Chang Wan Kim from the movie Postman To Heaven, and the K-dramas Who Are You? and My Love From Another Star), whom Han Kyul shares co-ownership with in the new coffee enterprise.

Soon everyone grows very close, almost like a new family, and only Min Yeop and Gae Sik know that Eun Chan is really female, and they are sworn to secrecy so that Eun Chan can keep her job as waiter.

Eun Chan maintains her platonic friendship with the cousin Han Sung, and he also enjoys spending carefree, laughing times with her. As Han Kyul begins to feel unsettled by his growing attraction to Eun Chan, he starts to feel an unnerving sense of jealousy that she might actually like someone else. An impulsive kiss that Han Sung gives Eun Chan causes her to run away from him and results in a temporary break-up between him and long term girlfriend Yoo Joo. Han Sung advises Eun Chan to never admit the kiss to Han Kyul, since by now he knows that Eun Chan is in love with Han Kyul.

In a memorable scene, Han Kyul throws caution to the wind, tells Eun Chan he doesn't care that "he" is a boy, and kisses her while she is trying to fix a mural's painting job at the coffee shop. With red paint all over her face, Eun Chan returns the kiss, and both of them are thrown into turmoil.

When he eventually discovers her long-held secret, Han Kyul feels hurt and betrayed. He tells her he actually misses the "boy" and likes him more than he likes her. After many tearful confrontations between them, he eventually forgives her and they begin to date in earnest. They face strong opposition from his family, due to her family's lower financial status, but when Han Kyul's grandmother actually meets Eun Chan, she is impressed by her independence and ambition. She helps pay for Eun Chan to study in Italy to become a barista, a personal goal which Eun Chan wants to achieve before she can commit in marriage to Han Kyul, to show she can be financially independent. Grandma may have a secondary goal to split the couple up, but her goal is no match for the devotion this couple truly have for one another, which is inspiring.

After two years of a long-distance relationship while Eun Chan studies in Italy and Han Kyul expands the coffee shop and even opens more successful shops, a more stylish Eun Chan suddenly returns to Korea and to a thrilled but surprised Han Kyul. The new Eun Chan is definitely a more feminine looking person, though some of the old edginess is still there as basic to her character. 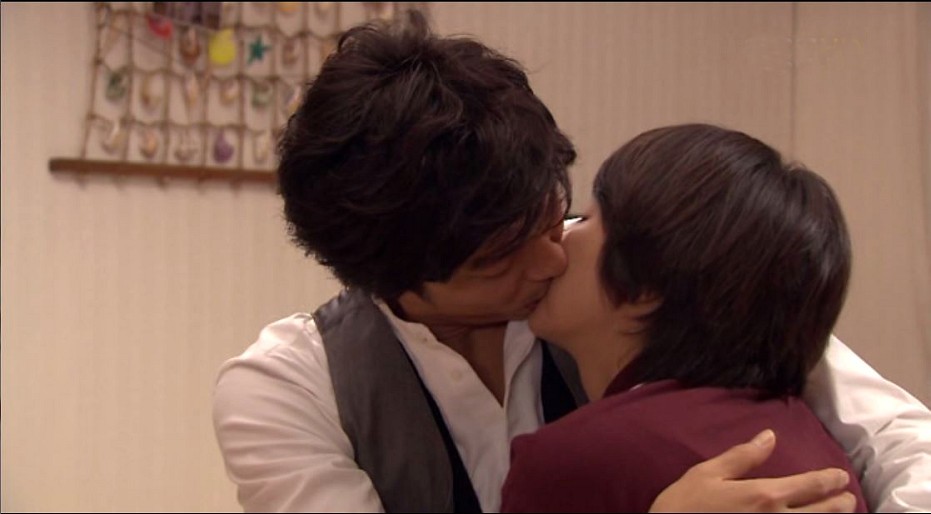 Coffee Prince is a delight and an essential Korean drama and romantic comedy to watch for the K-drama fan. It is yet another one you will probably feel like watching more than once. It's a delicious concoction of sweet and sour that you will enjoy devouring. In 2020 a documentary was made, My Dear Youth - Coffee Prince, that reunited many of the cast members after thirteen years. Don't miss that fun show if you enjoy the original drama.

Have fun watching both drama and documentary! Have a few iced coffees while you are enjoying their nice variety of flavors. 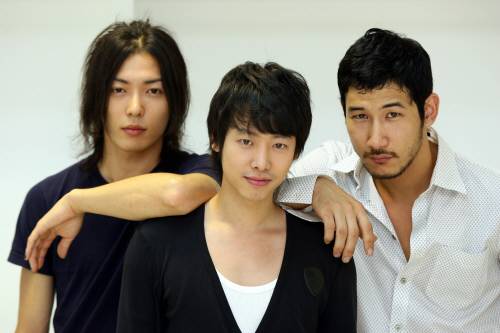 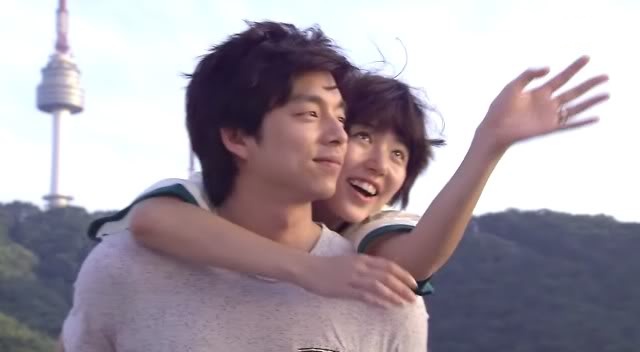 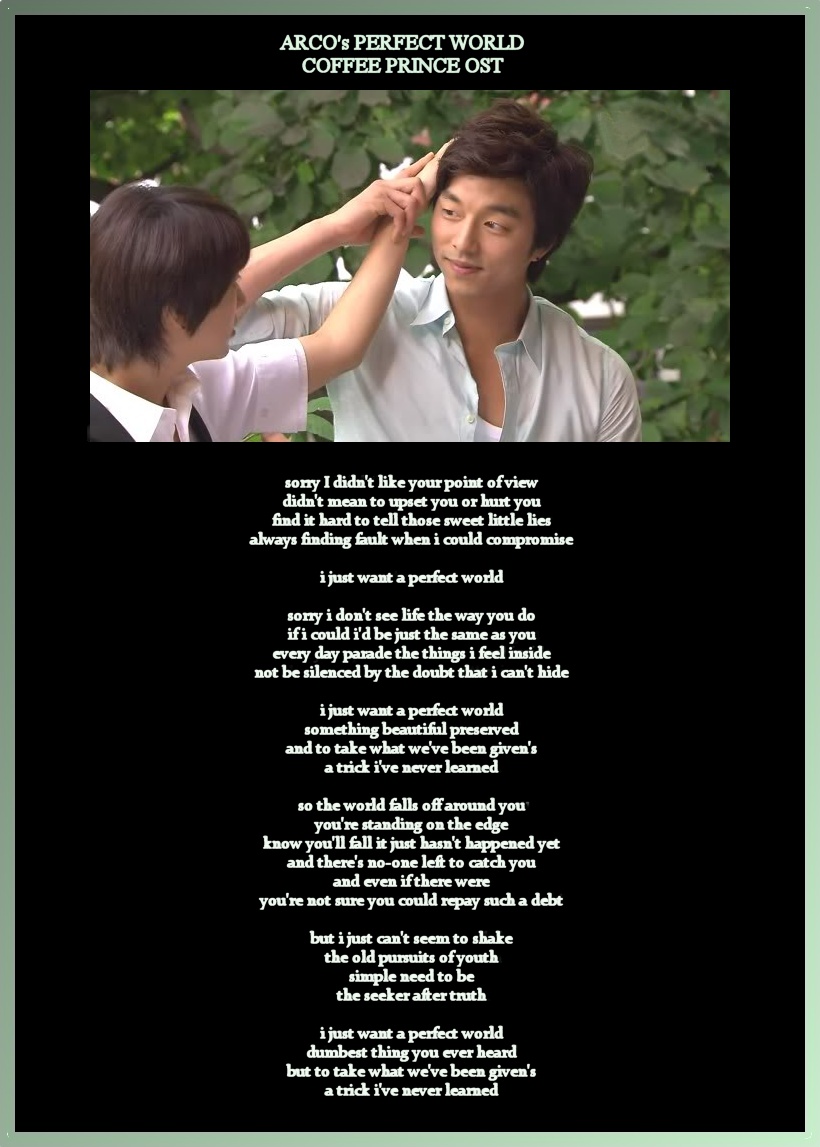