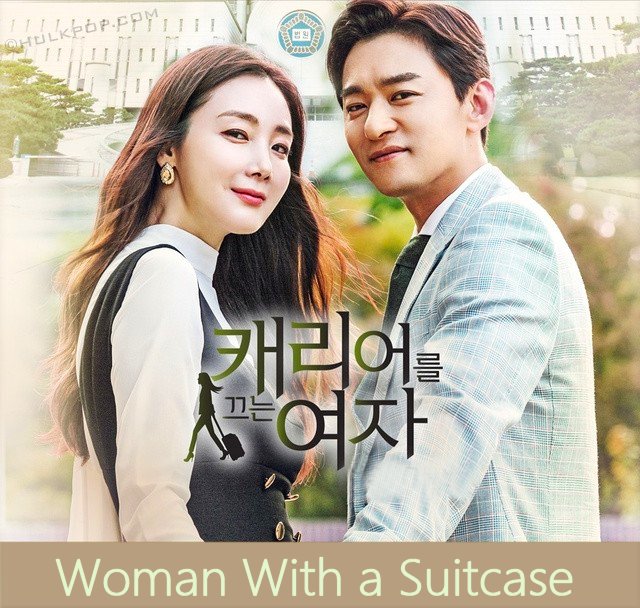 I will watch any drama or film with sublime actress Choi Ji Woo (Winter Sonata, The Suspicious Housekeeper, Twenty Again), even when the stories she agrees to do sometimes don't float my boat as much as I'd like, or hope for them to do. Such was the case with early 2017's K-drama Woman With A Suitcase, in which she delivered an intelligent performance but working with an unoriginal script with a plot structure I've seen far too often before in too many other shows. Sigh. After close to 350 K-dramas completed I am dying for some originality in the Korean stories I watch. I didn't get that here at all. The Koreans seem to be falling back on formulaic stories more and more, with the same structures and plot devices. Perhaps if you are new to K-dramas you'd think this drama the cat's meow, but I can only Best Replica Watches review from my dedicated long term fan perspective. Considering the amount of acting talent here this was a disappointment.

Her co-star was sexy Joo Jin Mo (My Love Eun Dong, popular films Russian Coffee and 200 Pound Beauty) and so I expected their chemistry together to be firecracker sharp and brilliant, and off the charts exciting, and then I couldn't believe it when what I saw looked contrived most of the time, even painfully cartoonish at times. These two highly professional and experienced, mature actors deserved far better script material than this! I hope I see it in their future shows again. Perhaps this show would have been better served by concentrating more on melodrama and less on romantic comedy. 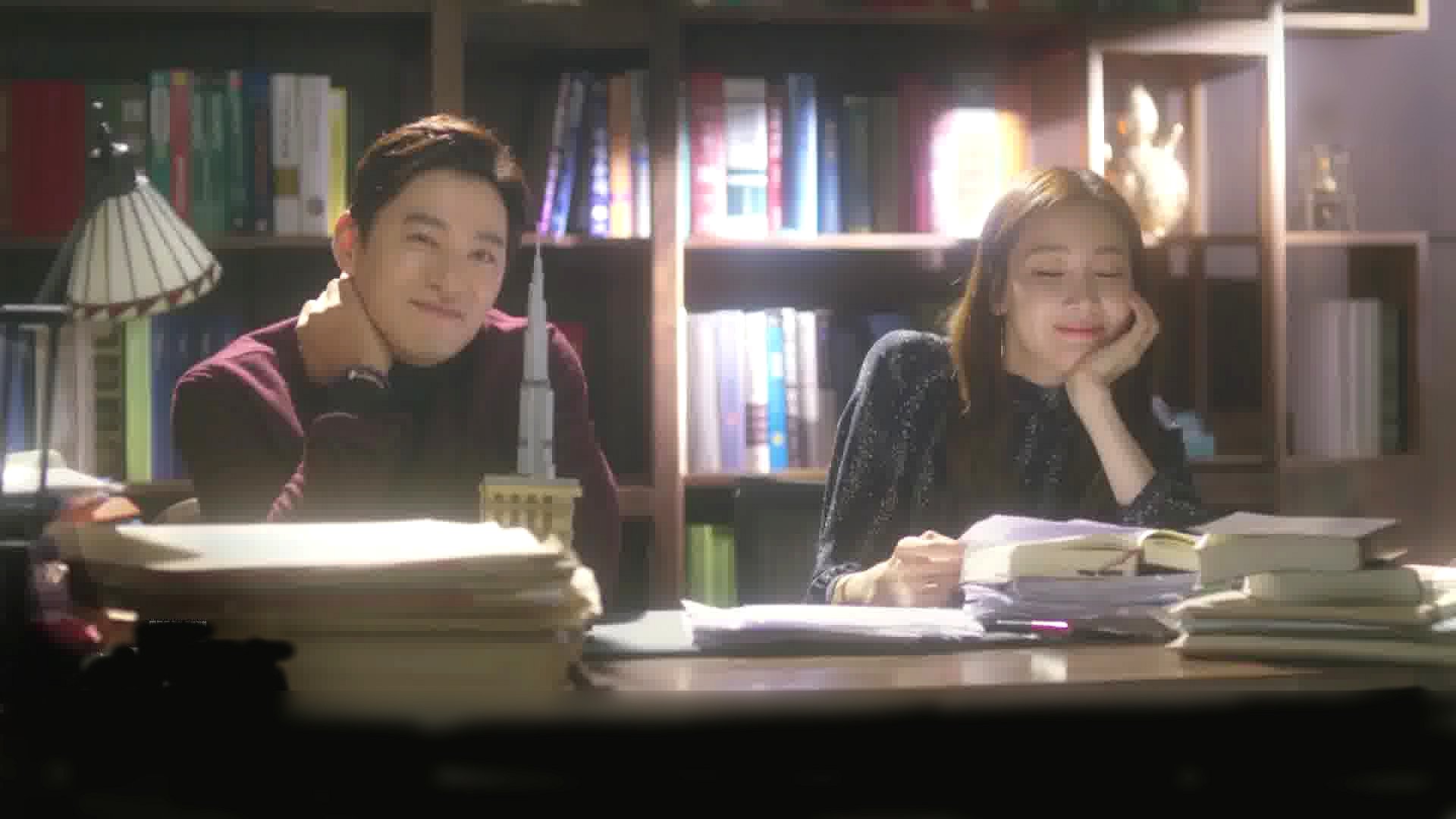 Defense attorney Park Hye Joo (Jeon Hye Bin, Healer, Taste Of Curry) may have a 100% win track record with her legal cases but ita€?s really all thanks to her multi-talented, savvy older sister, top paralegal Cha Geum Joo (Choi Ji Woo). Geum Joo had tried multiple times to pass the bar exam herself but she suffered from examination phobia so critical she'd fail the test every time. Geum Joo resigned herself to being the best paralegal in the business.

She appears in court with her sister each time and by means of subtle clues and signals guides her sister into winning each case. Together they make a fantastic team. However their success causes jealousies between other legal teams and Cha Geum Joo is set up unfairly by unscrupulous people to be sentenced to one year in prison for supposedly violating an attorney ethics law (this made no sense to me, how could she violate an attorney ethics rule when she wasn't an attorney but a paralegal? Shouldn't the sister who was the attorney have gone to jail instead?). Hye Joo, lost without her talented older sister, goes off to America to study for a more advanced degree (how many times have we seen THAT before? lol). 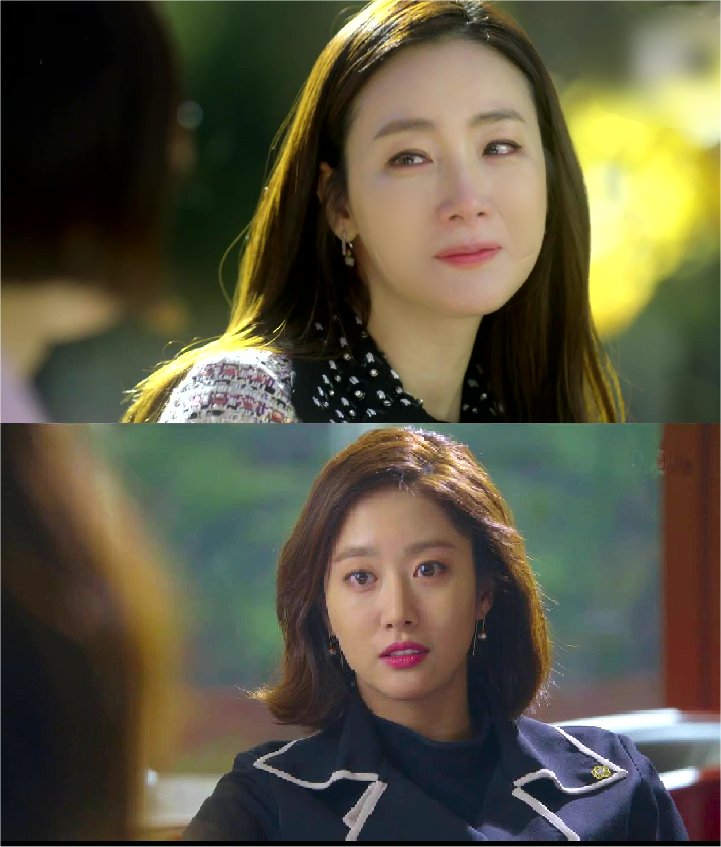 When Geum Joo is released from jail she has to start her career over from square one and ita€?s definitely an uphill battle (this story set-up was just so much like the K-drama Neighborhood Lawyer Jo Deul Ho from 2016, except with the sex of the jailed legal expert reversed, that I kept getting deja vu!). Her husband also files for divorce from her in a one-two punch.

Younger sister Hye Joo returns from America a woman hell bent on showing her sister, the world, and herself, that she doesna€?t need Geum Joo in order to make it to the top of the legal world, rather shea€?ll get there on her own no matter what it takes, even destroying her relationship with her sister.

Luckily, Geum Joo meets rookie attorney, Ma Seok Woo (Lee Joon) who is in need of a paralegal mastermind such as herself and is willing to give her a chance. Could this be her new beginning, professionally AND personally, and with a younger, attractive man to boot? (Not once in this drama did Choi Ji Woo look her real age of 42: has she found a fountain of youth elixir somewhere???). His kindness wins her respect and loyalty. 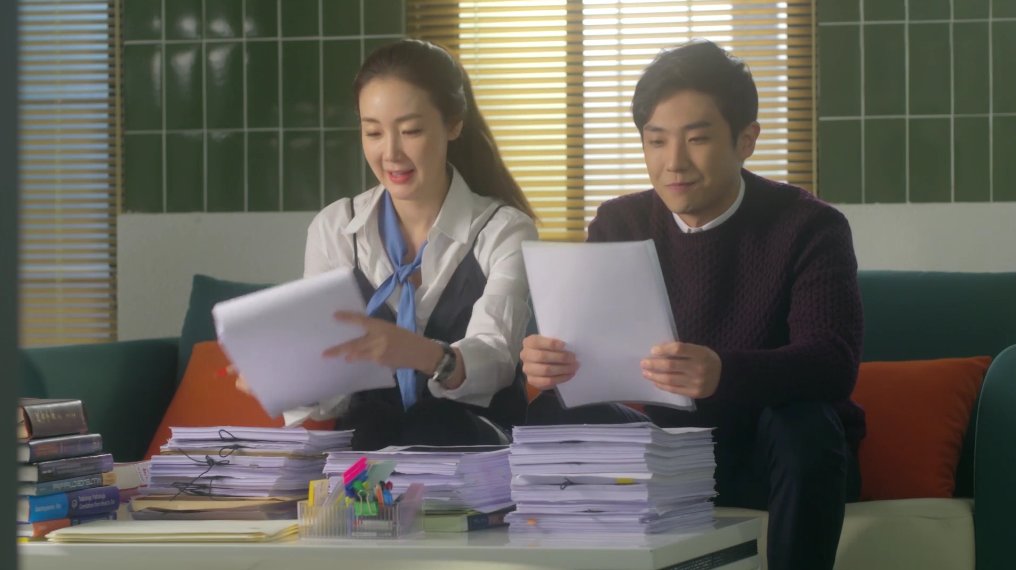 Always a story like this seems to require a love triangle and that's the direction the drama chooses to go here too. Once upon a time a great prosecutor, Ham Bok Geo (Joo Jin Mo), quit the legal profession right in the middle of questioning a witness and started a paparazzi media company called K-Fact. After going up against Cha Geum Joo in court earlier and losing to her and her sister, CEO Ham realizes Geum Joo is just the type of go getter person he wants on his new legal team representing his company. When she gets out of prison he makes her an offer she cana€?t refuse a€“ hea€?ll start a law firm just for her. She can hire any lawyer she wants to work with but, in the mean time, she has to get over her exam phobia and finally pass her bar exam. Geum Joo of course chooses the young buck Ma Seok Woo as the attorney she wants to work with, and hence we get our love triangle to spice things up between the three characters. Ma Seok is up to his neck in bills, and he really enjoys Cha Geum Joo's company, and jumps at the chance to join the new legal team.

Meanwhile, the equally determined lawyer sister Park Hye Joo knows she really needs her older sister by her side in order to be the excellent lawyer she is capable of becoming, but now she wants to make it on her own merits, even if it means she has to go about it unethically. Her end goal is fame, fortune, and status and she doesna€?t care how she gets there just as long as she arrives and wins. When the two sisters become distanced from each other through different cases and circumstances is there any hope they can reconcile by the end? 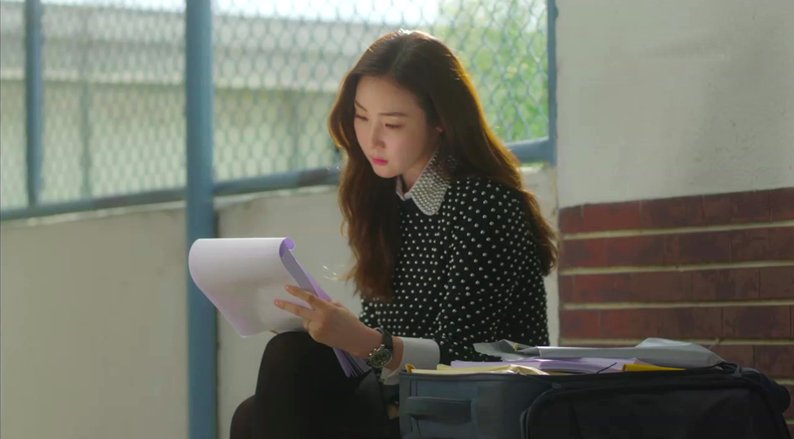 The paralegal who knows more about
the law than most attorneys

Ia€?m really sorry to say I wasna€?t thrilled with Woman With a Suitcase. Ita€?s not a bad show, I was curious enough to keep on watching, but it just wasna€?t as good a K-drama starring top performers Choi Ji Woo and Joo Jin Mo as it could have been. The love story just wasn't very believable or impressive. Ham Bok Geo falls in love with Cha Geum Joo without a single date, without holding her hand, without any real intimate bonding moments. Strange. Sadly, I found their romance fairly shallow, consisting mostly of one-sided teasing. I love teasing when ita€?s rooted in good old sexual tension, but theirs didna€?t seem to be part of that. Their main kiss scene takes place in public! Not much privacy or intimacy there. The ending is too goody-goody two shoes. I dona€?t like it when the story spends 15 episodes working the bad guys and gals up to be horrible monsters and then in the last 60 minutes all is forgiven and everyone lives happily ever after. Hey, K-drama writers, how about having your bad characters experience some realistic consequences for their evil deeds for once?

Woman With a Suitcase boasts a fairly decent soundtrack. If You Can Come, performed by 10cm is a wonderful easy listening song you cana€?t help but snap your fingers to. Kim E-Z from GGot Jam Project sings Closer and solo artist Esbee softly croons Connect in Our Time. If you want something light and easy going and you don't care about seeing the same old K-drama plot cliches in a legal drama then by all means check it out. If you love Choi Ji Woo like I do it's still worth watching, but it's simply not the best of her work in her long career, one that stretches all the way back to 1996's highly rated First Love, 21 years, for heaven's sake! I love Choi Ji Woo! Please pick something better next time. 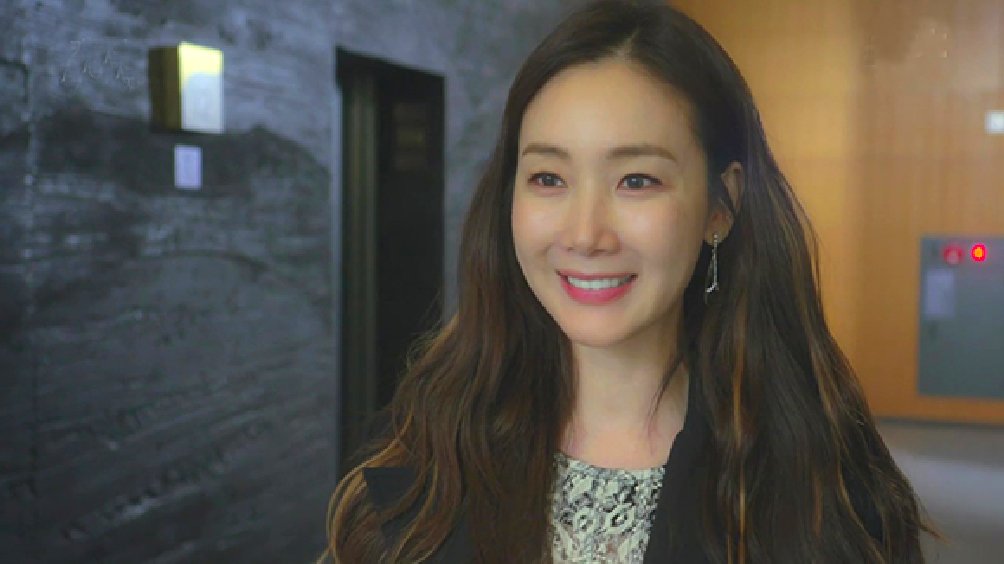 Is this 42 to you? Golly gee willickers,
the woman is AMAZING!