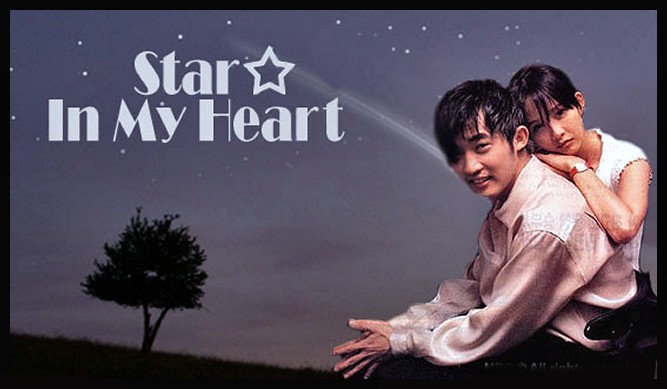 Star in My Heart was on my "must see" list because I had heard that it was one of the early ambassadors of the K-drama genre, introducing the world to this fabulous entertainment. As is true of many of the earliest dramas, Star in My Heart is a rather simple story about a young woman seeking happiness in work and love. Refreshingly, it is devoid of much melodrama, aside from complicated family relationships and the evil shenanigans of a spiteful stepmother.
What is most memorable about this drama is that you can easily relate to it. People who want a particular career must work hard for it, with nothing handed to them. Romance proceeds with misunderstandings and anxiety. Parents may not always know what is best for you. True friendship means putting aside your own self interests to help another. In addition, the two leads are extremely attractive, and both went on to tremendous success in Korean TV and film -- this was the series that really launched their careers.

The Story: The narrative revolves around three main characters and a single romance, with nary a love triangle in sight. The female protagonist, Yun-hee Lee (played by radiant Jin-sil Choi, who was once dubbed the nation's actressØ in Korea), was raised -- you guessed it -- in a countryside orphanage and eventually adopted by a friend of her father's, who brought her to live in Seoul. Although this man is fond of the girl, her adopted mother, a successful fashion designer (Won-sook Park, who has been in dozens of dramas including All In and All About Eve) dislikes her and resents her presence in the household. So does her new sister (Mi-ryung Jo), a typical spoiled rich girl. Throughout the drama, these two try to thwart Yun-hee's every move and believe she is undeserving of having any kind of success.

Yun-hee's original ambition is to be a teacher, but it is soon revealed that she has a special talent for fashion design. Through her adopted family, she meets the wealthy Kang Min-hee (Jae-wook Ahn, extremely handsome and every inch a potential rock star), who works in his family business, and Lee Joon-hee (In-pyo Cha) who is a lead designer in a fashion house.


Min-hee wants to be a singer, despite his father's extreme disapproval of a profession he considers frivolous. Joon-hee is initially the first one to notice Yun-hee - he is intrigued because she resembles his ex-girlfriend Sophia (who will later show up, enabling Jin-sil Choi to play a dual role). The two young men are friends, and contrary to the typical K-drama, they do not fight over the girl - in fact, Joon-hee supports and abets the romance that develops between Min-hee and Yun-hee. Joon-hee also enables Yun-hee to forge her design career. 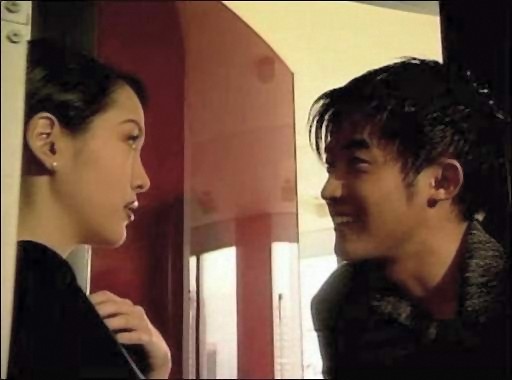 Rounding out the leads is the heroine's childhood friend Soon-ae (from the orphanage of course!) who also wants to be a singer. This role is played by perky Do-yeon Jeon, who became a very successful film and K-drama actress as well, after only a rather small role here.

Other than the adventures of these four as they strive to follow their dreams, there is not much of a story. Yes, there are family secrets and romantic obstacles, but it never ascends to anything over the top. The fashion background is fun and the action takes a detour to Milan, Italy as an additional showcase for the heroine's profession. However, the real pleasures of Star in My Heart rest with its central love story. There is a great deal of sweetness in the romance of the poor girl and the rich boy (a timeless dilemma) and you are caught up in the lives of these characters simply because they seem quite ordinary and real. 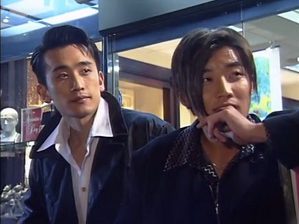 The demure but determined Yun-hee is a likeable heroine who stands on her own two feet and wants to succeed on her own merits. Although she is a CinderellaØ of sorts - harassed by her nasty adoptive mother and sister -- Yun-hee does not tolerate being disrespected and has a solid sense of self. When her adopted brother makes an unwanted move on her, she takes charge to extricate herself from the situation and faces life on her own. Meanwhile, her mother and sister resent any happiness coming her way, and try to undermine her. Min-hee's wealthy father (Ji-myung Oh) also disapproves of his son's romance and does what he can to discourage it. He thinks his son can do better, but the two young people fall in love anyway. 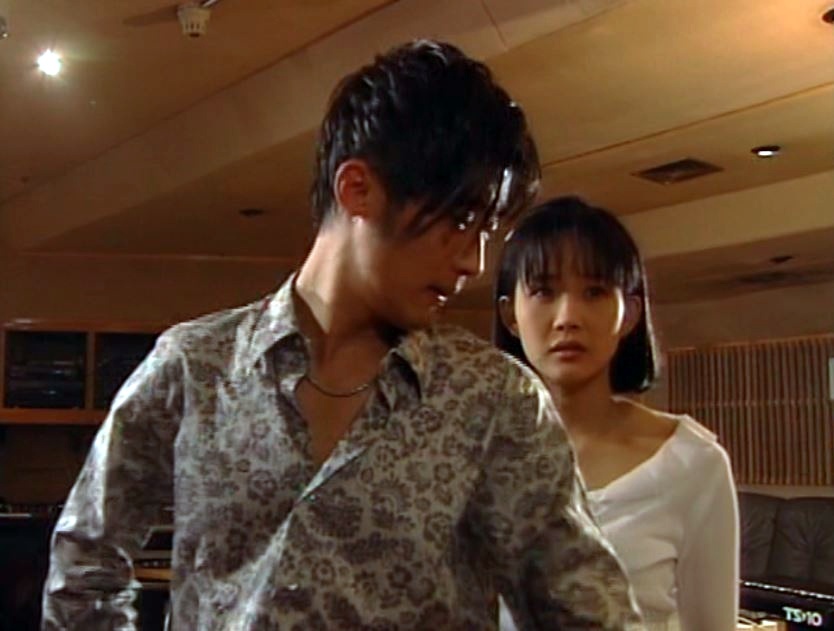 There are also interesting subplots involving the Korean-Italian fashion photographer Sophia (played by Jin Shil Choi in a distinctly sexy performance) who is Joon-hee's first love, as well as a mystery surrounding Min-hee's biological mother. These elements add layers and conflict to the two young men's personalities though the story lines are never fully explored or resolved.

The performances here are - well, endearing is probably the best word to describe them. The actress Jin-sil Choi is extremely appealing in Star in My Heart. This pretty, animated actress with a glowing smile led a troubled personal life and later tragically commit suicide. I learned about her fate after viewing the drama and that knowledge definitely adds a special poignancy to seeing her fresh and pretty in this role. Tragedy seemed to follow her even after her death, as her manager, brother and ex-husband also committed suicide shortly thereafter. It is quite incongruous to think of what befell Jin-sil Choi viewing her glowing and unspoiled performance in this role.
Jae-Wook Ahn (who recently did a cameo in the drama Faith) is both sexy and sweet, and has a fine voice performing the songs in the series. His performance here boosted his career as a music pop star in Korea, and he has since performed in musicals on stage there (including Guys and Dolls; I am assuming he was a terrific Sky Masterson). He is incredibly charming, kind of a Korean James Dean, but more gently rebellious and definitely more suave.
As I noted earlier, Star in My Heart was a drama that further established the appeal of the K-drama worldwide. Today it all might seem rather quaint in light of much more inventive and action-filled sagas, but that is part of its appeal. It offers a glimpse into some genuine star power and charisma for actors early in their respective careers, and has great music (as does nearly every drama I have ever watched - the tunes are uniformly addictive in these shows!). You might say that Star in My Heart was a precursor of later music oriented K-dramas like Boys over Flowers, Dream High, Heartstrings and You're Beautiful, focusing on the performers as well as the story.
If you're looking for light, romantic escapism and a modern fairy tale - and a drama where you won't have to do any serious crying - I highly recommend the old-fashioned charm of Star in My Heart.


Star In My Heart - Addendum Review by Jill
Grade: B+


There isn't much I can really add to friend Alison's excellent review of this classic Cinderella tale K-drama series Star In My Heart (1997) except to say that I watched it more seriously a second time after seeing the late lead actress Choi Jin Sil in the 2005 blockbuster hit My Rosy Life, and developed a new appreciation for her acting talents while going back and re-examining this earlier drama, which got even higher ratings (though both are in the top 30 K-drama ratings of all time). I also feel like going back and re-watching her very last drama made in the year before her suicide, the ominously titled The Last Scandal Of My Life.

It's nice to see Choi Jin Sil young and fresh here in the 1997 drama but even MORE amazing to watch her in My Rosy Life eight years later when she was more mature and had to play an extremely difficult role of a cheated upon wife who discovers she has terminal cancer. She was an amazing, natural actress, and if you watch her dramas you will fall in love with her and never forget her. When I think of all the excellent dramas we no doubt missed because she tragically committed suicide in 2008 I become doubly sad at the waste. 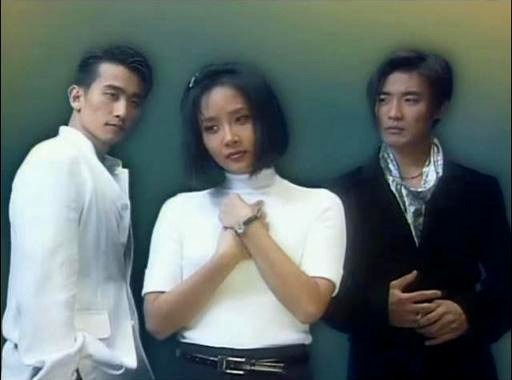 Even in the first episode of Star In My Heart you can see the typical formula that K-drama writers have used since they first started making television shows: 1) You have an evocative opening sequence with haunting music, 2) You see a wholesome heroine with a good heart (often an orphan) getting ready to make her own way in the world, 3) You see her suffer the slings and arrows of outrageous fortune which makes you sympathize with her, 4) You see her meet two very handsome fellows and begin to wonder whom she will like more, 5) You see the actress has one best female friend who always has her best interests at heart, 6) You see the lead actress able to play a dual role, 7) You see that one character or more are artistic or musical souls, or take an interest in fashion, and against all odds they make a success at the career.

Heck, all seven of these plot angles exactly fit the hit 2015 K-drama Mask, with Soo Ae! (and probably many others as well). Still I give this drama a B+ because of Choi Jin Sil. It was huge delight to watch her again. I miss her. A lot. 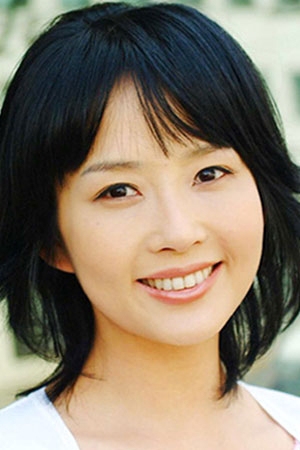 Buy Star In My Heart on Amazon