One of the most memorable American films from the year 1950 was the classic Bette Davis melodrama, All About Eve. It featured a deceptively sweet and demure young woman from a poor background named Eve, who quietly but ruthlessly attempts to usurp everything she covets from her idol, a successful but aging actress. The highly enjoyable Korean drama of the same name borrows just a little bit from its predecessor. It takes place not in the world of theater, but in that of television news-casting. Its protagonist is not named Eve (that is the name of a television program), but she is another deceptive young woman who hides her true ambitious nature under a guise of wide-eyed innocence. She too relentlessly pursues what another woman has, from her career to her boyfriend.
The Story: The two rivals in work and love are Jin Sun-mi (Chae Rim, Oh My Lady, We Are Dating Now), a cheerful, pretty, somewhat complacent young woman from a good family who lives with her widowed father, and Ho Young-mi (Kim So Yeon, IRIS, I Need Romance 3), a beautiful, impoverished orphan with a troubled past. Chae Rim's character projects an earnest, girl next-door appeal, while sultry and willowy Kim So Yeon plays the darker character Young-mi, around whom all the future intrigue revolves. She is the one to watch here as she creates a memorable anti-heroine whom you can never entirely hate. She won several awards for her role here and it made her famous for the first time. 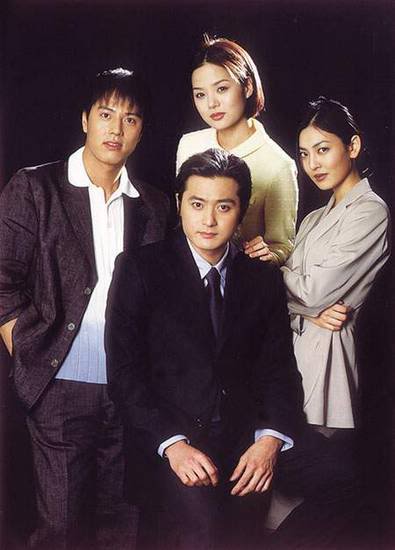 Of course, there has to be a love triangle. Sun-mi's best friend (and secret crush) is Woo-jin (Han Jae Suk), who treats her like his kid sister. She hopes that one day their relationship could be more, but it never quite reaches beyond friendship, because once Young-Mi sets her sights on Woo-jin, he only has eyes for her. Han Jae Suk is an interesting actor, with rather patrician good looks (in real life the lucky fellow is married to lovely Park Sol Mi, experienced at playing the other woman in both Winter Sonata and All In), and an awkward  intensity. However, it is difficult for him not to fade into the woodwork when the two actresses -- especially Kim So Yeon -- are on the screen. Likewise, the relationship between Woo-in and Young-Mi clearly paints her as the dominant personality able to wrap him around her little finger. Sun-Mi accepts the relationship at first, but then she begins to see that her rival is taking advantage of her good friend. Still, nothing will drive Woo-in away from Young-Mi until she herself kicks him to the curb.

Young-mi has her reasons for being tenacious of life.ť Raised by an alcoholic father and without a mother, she was orphaned when the father dies in an accident working for Sun-mi's father's construction company. She struggles to pay off debts and make ends meet. Mr. Jin feels responsible for what happened, so he helps Young-Mi financially while Sun-Mi befriends her. Both girls aspire to be newscasters, and attend the same school. Not unlike Bette Davis' character in the American All About Eve, Sun-mi doesn't realize for quite a while how false Young-mi's friendship is and how secretly the other girl is trying to undermine her. First Young-mi wins the heart of Woo-Jin, then she focuses her attention on trying to get Sun-Mi's job at the television station where both of them work. Young-Mi resents Sun-Mi because she has led a more privileged life. The sad thing is, like most bitter people, she mostly makes her own misfortune. 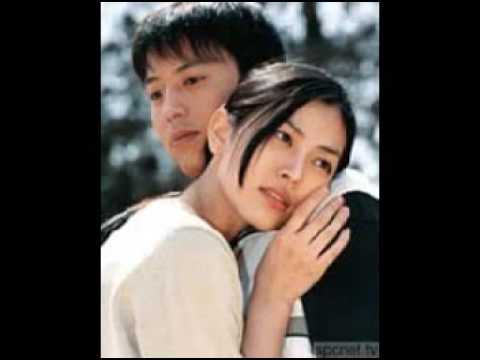 Sun-Mi remains a friend and confidante to Woo-Jin, and is well on the path to permanent romantic heartbreak as she sees he is committed to Young-Mi.  However, fate (or perhaps Cupid) brings another man front and center in her life.  While visiting London, she had met wealthy playboyť Hyung-Chul, played by Jang Dong Gun (A Gentleman's Dignity), as handsome and debonair in this role as a Korean Cary Grant. She likes him, and he falls hard for her (though he does not really declare himself since he knows her heart belongs to another). 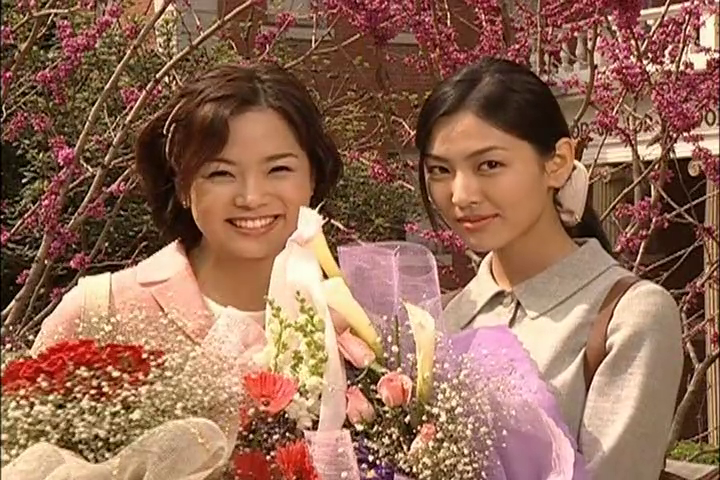 Sun-Mi starts working at a Korean TV station, and surprise! Hyung-Chul turns out to be one of its top executives. Ambitious Young-Mi is working there too, and figures that Hyung-Chul is a better steppingstone to her career as well as a better catch than Woo-In. She rejects the devoted Woo --- something from which he never recovers and begins practicing her wiles on the other man. (Fortunately, he is having none of that as he is savvy and worldly enough to see through her quickly). Young-Mi and Sun-Mi continue to compete for TV airtime, with Sun-Mi basically playing fair while Young-Mi uses every trick in the book to weasel her way to the top. The behind-the-scenes perspective is quite interesting, and you keep waiting to see what Young-Mi will do next to attain success. 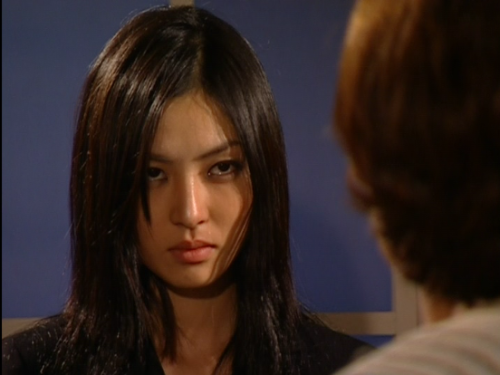 For me what makes this drama which is a little quaint and earnest -- have impact is the performance of Kim So Yeon. Her beauty, talent, and versatility are perfectly showcased in the role of Young-Mi, which was a real breakout role for her. She is a two-faced, conniving, grasping liar but she is also someone who has overcome a lot of adversity that she certainly did not deserve. What's more, she does not deceive herself; she has regret for some of her actions, but is incapable of stopping. She knows she should be punished for her behavior, yet that does not prevent her from doing whatever it takes to get her way. Young-Mi is a damaged person, and damaged people can be dangerous. On the other hand, it is a lot easier to be sunny, confident, and generous when you have had all the advantages and the warmth of a loving parent, like Sun-Mi. I always felt some compassion for Young-Mi, which I think was mostly due to Kim So Yeon's performance. Even with all of her devious and occasionally despicable actions, I never gave up hope that she would redeem herself.

In contrast, Chae Rim is just a sweetheart - she is enormously likeable as an actress, and as a character. She projects that she is a good girl with a good heart. Her appeal is more cute and perky and her lightness of spirit stands in dramatic contrast to Kim So Yeon's intensity. Chae Rim's Sun-Mi deserves to get her prince and she does in the person of Jang Dong Gun, who is Charming with a capital C. His character has his own unhappy childhood memories and he is clearly captivated early on by Sun-Mi's simple radiance. He courts her in a straightforward, determined fashion, never coming on too strong, but always being in the right place at the right time. 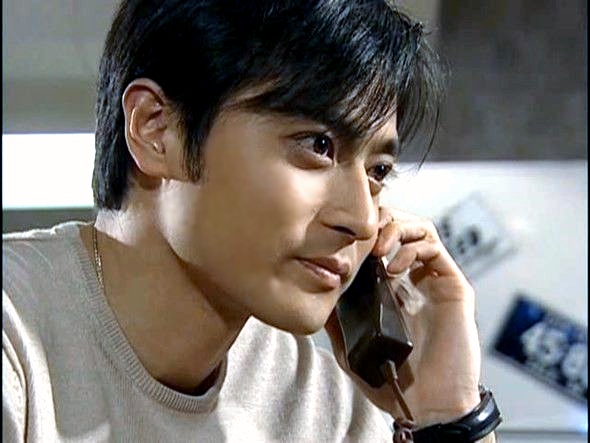 Finally, actor Han Jae Suk portrays the drama's truly tragic character. His Woo-Jin starts out as a happy, openhearted (if somewhat oblivious) young man and winds up a broken shell who makes the ultimate sacrifice for the woman he loves. It is actually painful to witness his decline. I had previously seen Han Jae Suk in a very different role in Glass Slipper, where he played a self-made man of power and confidence. In All About Eve, he is boyish, vulnerable, and a little pathetic. However, in the end, his actions touch your heart.
Although the relationships and personal rivalries drive most of the action, All About Eve is truly a workplace melodrama. It highlights two equally powerful kinds of love: one for another person, and the other for the work you do. On occasion, the behind the scenes atmosphere seems a bit phony, but it is still provides insight as to how reporters come up with and track down stories. In addition, there is the compelling contrast between someone trying to make it on her own merits and someone else determined to use every possible manipulation to eliminate the competition. Anyone who has ever dealt with office politics can identify with some of the situations depicted here.
If you are in the mood for an old-fashioned, backstabbing melodrama, you will not be disappointed by All About Eve.