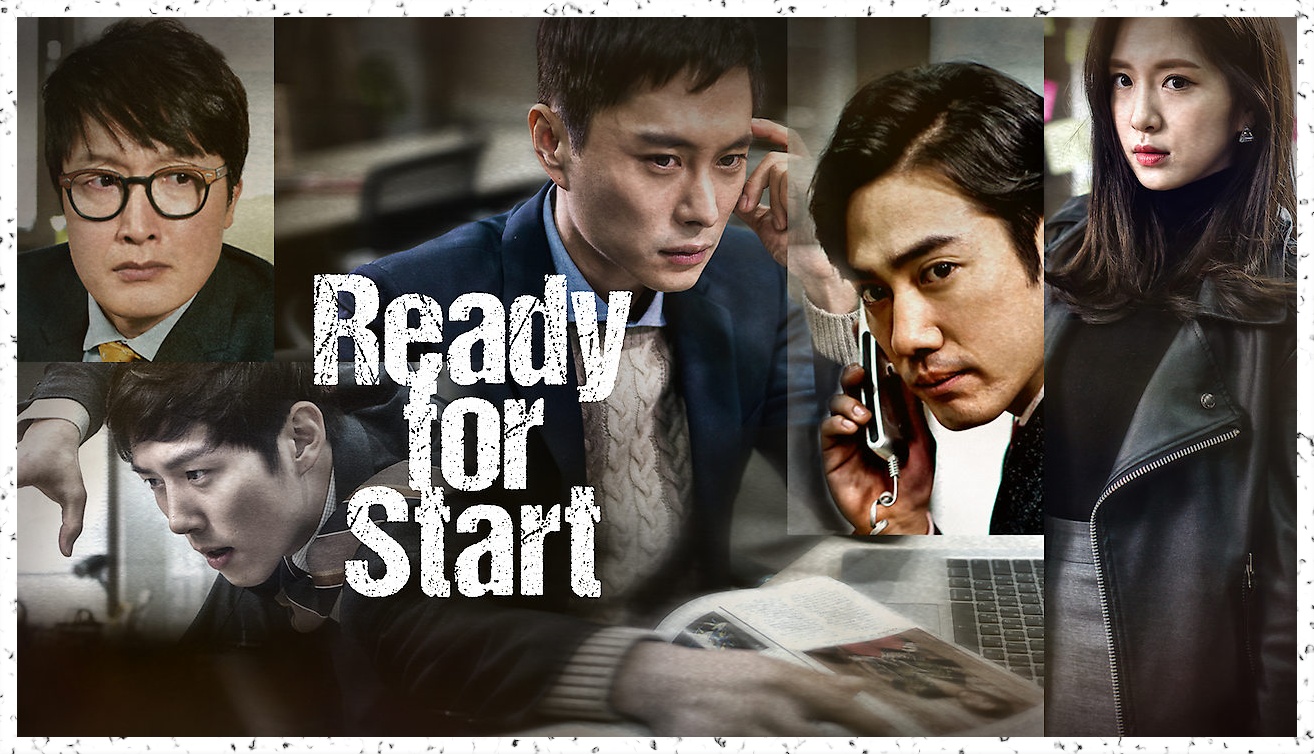 You need a wacky sense of humor for this macabre web drama, folks, created from a web toon. If you take life too seriously, like all these characters do in the beginning of this story, you will probably not warm to Ready For Start (2016), a black satirical comedy about men (and one woman) in the advertising workplace world, who dream of doing each other in at the beginning of the tale, but who by the end are working sacrificially to help each other for one common goal: their company's success.

I watched this one mainly for inexplicably often under-appreciated actor Baek Sung Hyun (Stairway To Heaven, White Christmas, Voice), but grew to like and laugh at all of the other actors' funny acting and physical stunts as well. 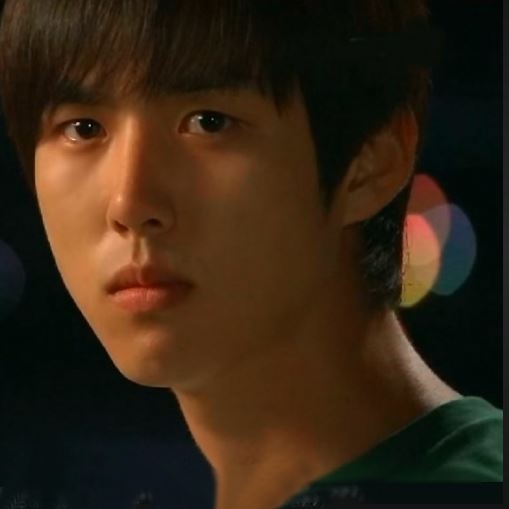 Have you ever REALLY disliked a co-worker at first but then slowly started to understand them and warm to them? Then you will totally understand where these characters are coming from emotionally. Even if you don't warm to the first totally bizarre episode, stick with it and you'll see some great changes and softening in the characters. At only 12 episodes of 7min each this web drama will fly by and can be watched in one evening after work. 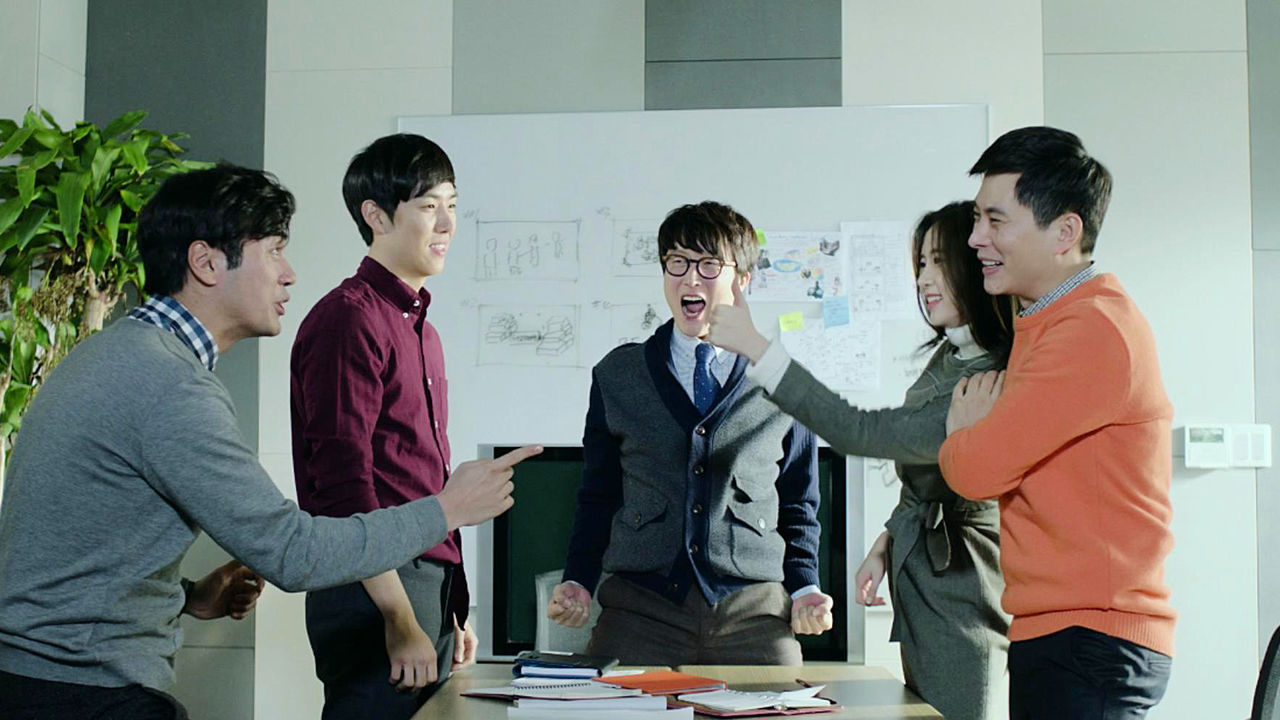 Kim Byeong Cheol (Baek Sung Hyun) has been looking for a good paying job after college for quite some time, and the stress of it is playing with his mind. Desperate to beat out other applicants for the job at JilPoong Advertising Agency he shows up hours early for his interview, which is noticed by the company's CEO Jil Poong Tae (veteran actor Nam Myung Ryul who wears a lady's wig, lol!) and he is hired on the spot for his dogged dedication. 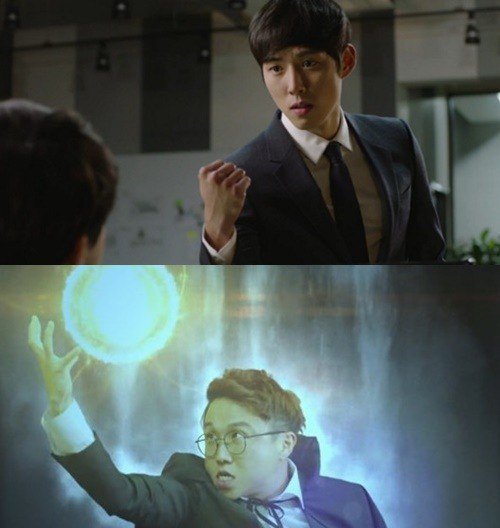 However, once working in the advertising office with his fellow workers he is seen as quite the dunce by them, and they conspire to play tricks on him. Instead of causing him to quit, Byeong Cheol becomes even more determined to succeed, to the point where the others seem jealous of him and even dream about throwing him out the office's window! Then things start to change for him when he actually brings in new business to the firm, after helping an older man survive, who happened to be an advertising exec too, who looked to be committing suicide by jumping off a bridge. Byeong Cheol jumps in the water to save him, and the man is grateful to him. Probably one of the best scenes is this man bemoaning the cut throat life of Korea's competitive workplaces. "Don't fall victim to it," he tells Byeong Cheol, "it eats away at our humanity." (I suspect this was the main theme of this short web drama). 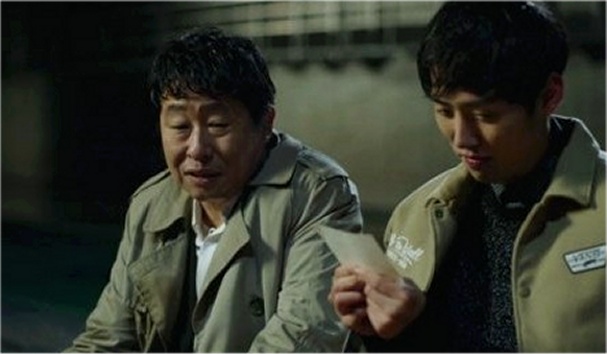 The leader in the office is middle age Jo Hyeon Cheol (Choi Byung Mo) who works very hard, almost to the point that his time away from home is potentially ruining his marriage. One morning his wife reminds him that it's a special day and that he should come home early, but he barks at her "Do you think I leave to go to a party?" and slams the door in her face. Only later when he gets to the office does he realize he had circled the day on the calendar in red as their wedding anniversary. He then feels guilty and wants to leave early to apologize to his wife, who is at home crying, but a new project comes in that would give the firm big money so he can't get home at a reasonable hour; at that point faithful Byeong Cheol tells him to leave anyway and that he will take care of the project himself. Finally the ice starts to melt between these two employees and others in the office notice it too, including the half-crazy voyeur Park Pal Man (Baek Seung Hoon), Song Ji Seom (Lee Ki Chan), and the one female on staff Deputy Lee (Lee Hyang Suk). 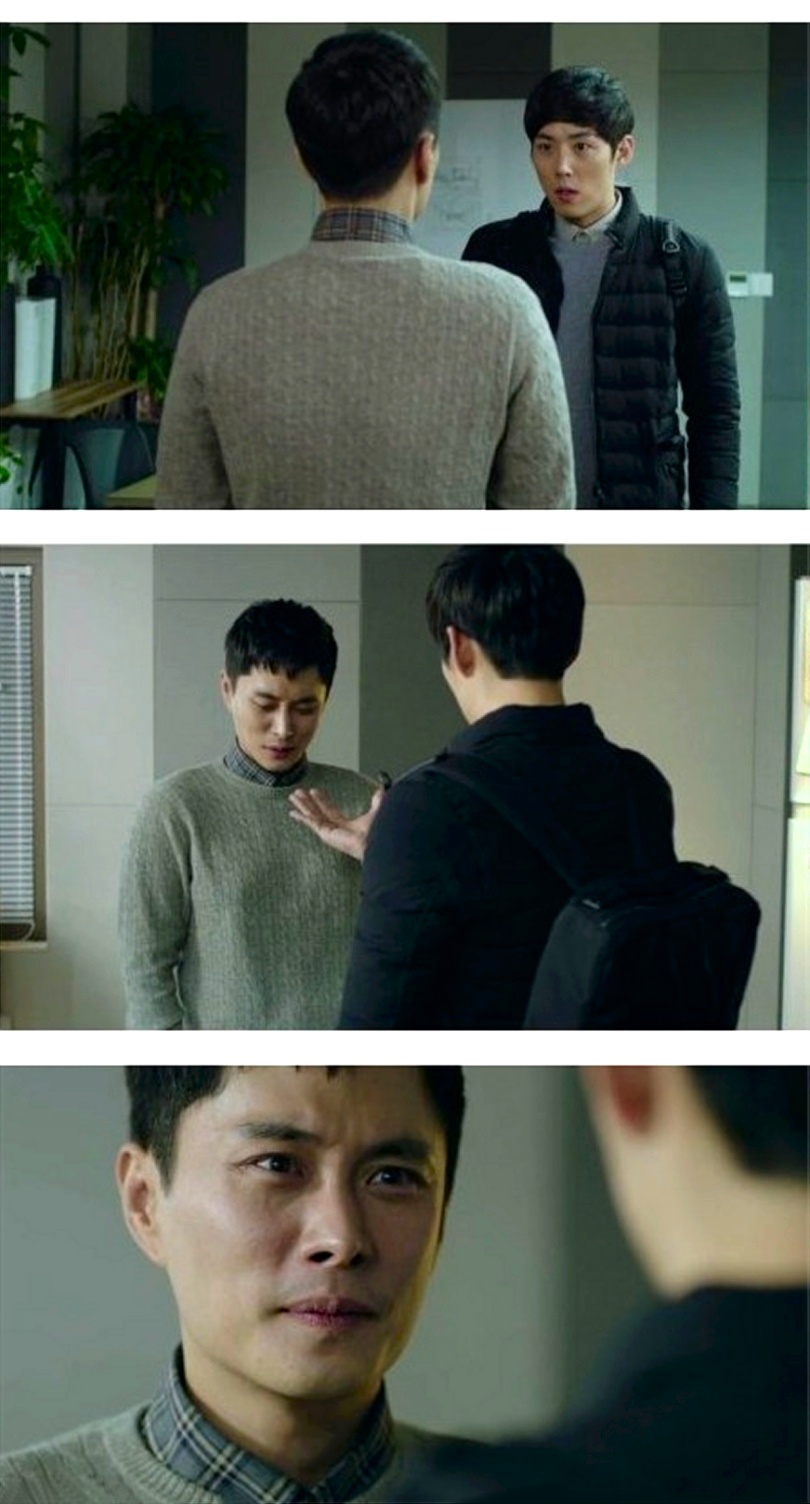 The wacky fantasies of the characters imagining how they would harm or kill each other if they could at the beginning of this drama are completely gone by the end. That makes the audience feel warm inside. Check this short drama out if you like black comedies, especially about people who work in an office setting. It certainly is not anything like masterpiece Misaeng, with a similar theme but done much better, but it might still give you some laughs or warm "feels". Enjoy.