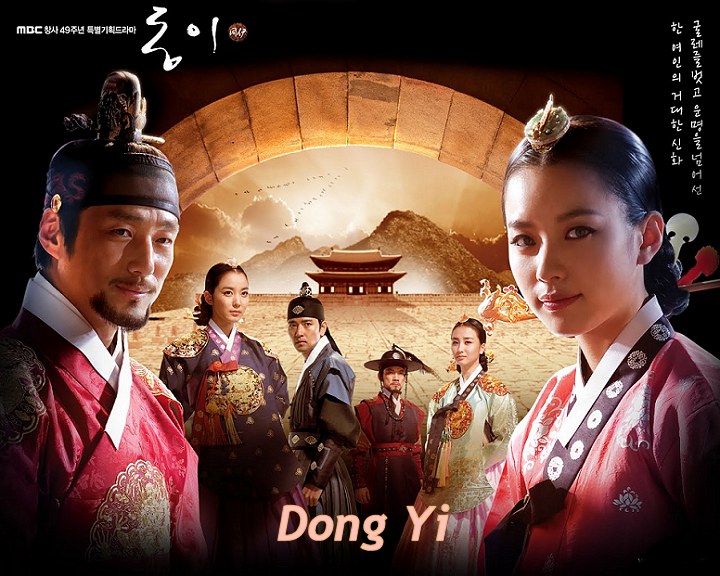 I think Dong Yi is the most romantic sageuk (historical drama) that I've watched, and with the best cast. Set during the reign of King Sukjong in the Joseon dynasty (who lived from 1661 to 1720), the series is loosely based on a real-life historical concubine of the King named Dong Yi, later called Choi Suk Bin, played by delightful actress Han Hyo Joo (Spring Waltz, Shining Inheritance, W films Postman To Heaven, The Beauty Inside, Always, Love 119, Cold Eyes, Golden Slumber, Masquerade). The Suk Bin is a title not a real name so it indicates that she rose within the court to become a cherished person to the King.

The Story: Dong Yi becomes an orphan when her father and brother are killed (she is first played as a child by the excellent actress Kim Yoo Jung from The Moon Embracing The Sun and May Queen) and then she becomes a lowly water maid in the palace, but later she catches the romantic attention of the King, played robustly by distinguished actor Ji Jin Hee (Love Letter, Snow Lotus, Late Night Restaurant). He at first poses as a court judge so that she doesn't know he's the King, and then as the story goes on he becomes impressed with her for her intelligence and compassion and her kind, fun loving personality. He enjoys her treating him as a non-Royal because of not knowing his real identity at first. This probably didn't happen in real life, but mistaken identities are a common plot twist in many Korean historical dramas. (Edit: in modern based K-dramas, too! - Jill). 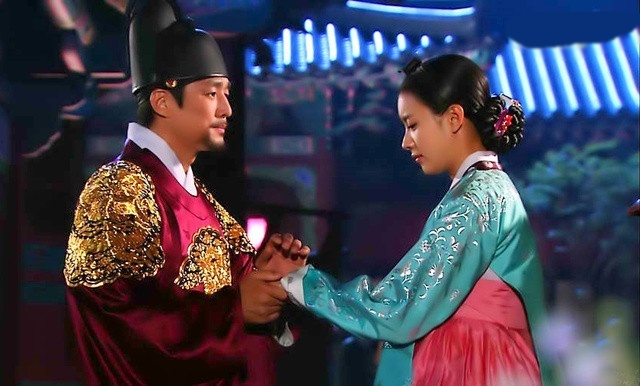 While in the court Dong Yi, later Choi Suk Bin, makes both friends and enemies and eventually secures her place in history by giving the King his second son, who under her caring tutelage later becomes the 21st King of Joseon, King Yeongjo, the father of Crown Prince Sado and grandfather of Yi San. The earlier 2007-8 Korean drama Yi San is a good followup to watch after Dong Yi so that you can gain an understanding of this royal family line, their conflicts and achievements. You have to be a fan of very long Korean dramas since that one is even longer than Dong Yi's 60 episodes, it comes in at 77 episodes! That's why I suggest starting with Dong Yi first. The Koreans love their Royal saga dramas and they usually receive formidable ratings, so it's in the stations' best financial interests to keep these stories running for as long as possible. 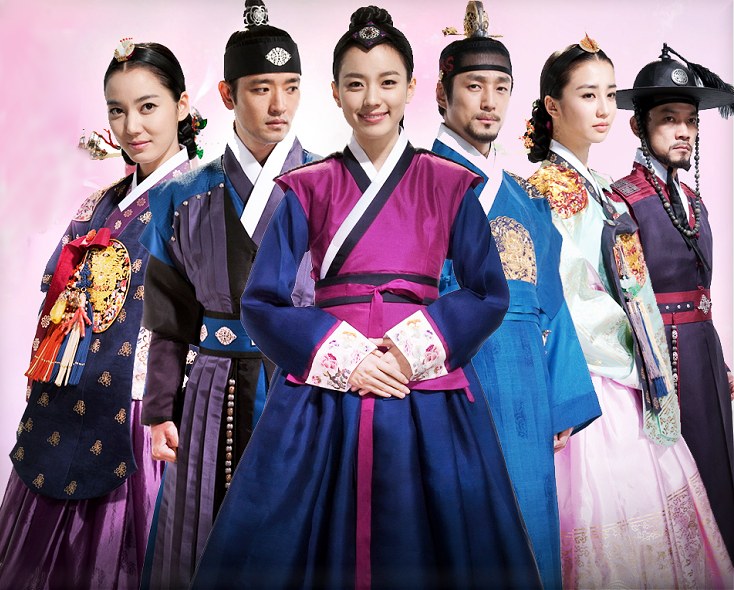 Dong Yi also gains the favor and trust of Queen Inhyeon (Park Ha Sun from Two Weeks) because of her fervent prayers for her health, and becomes her trusted confidante, and then she meets Jang Hui Bin (Lee So Yeon), a concubine who is first her ally but later a bitter enemy. (A version of Jang Hui Bin's story can be seen in the 2013 sageuk Jang Ok Jung, Living In Love with Kim Tae Hee). Dong Yi is also musical and her talents attract attention in the court. Later the Queen sadly dies and there is a scramble for power in the court. 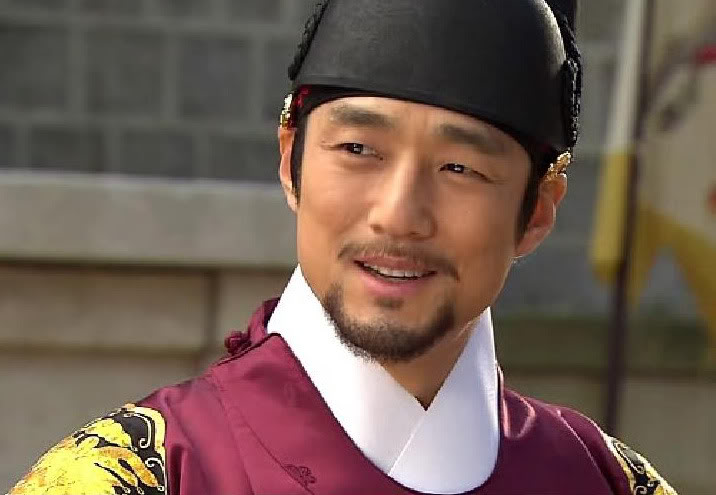 In her quest to survive in court and bring justice to lowborn commoners like herself, Dong Yi made other allies such as her devoted protector Cha Chun Soo, played by Bae Soo Bin (49 Days), whom she considers an older brother despite their not being blood-related (and he falls for her, of course), and she also meets and spars with the police chief Seo Young Gi, played by actor Jung Jin Young (Angel Eyes, Love Rain), and then she befriends the court ladies Jung (Kim Hye Sun) and Bong (Kim So Yi). After the birth of Prince Yeongjo the once lowly water maid Dong Yi graduates to become Suk Bin, a title rank higher than just a concubine. 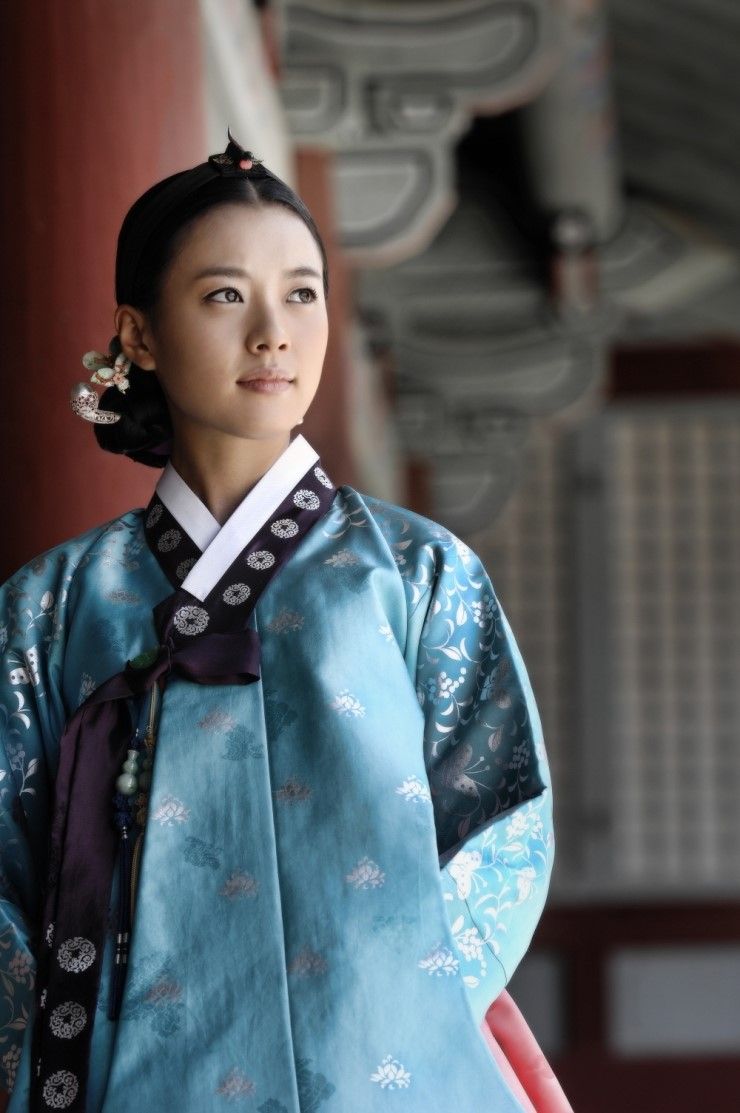 Probably the best part of the drama beside the great romance was the love Dong Yi had for her son Prince Yeongyo (Lee Yong Suk). He means everything to her. She wisely maneuvers through the deadly serious, treacherous political infighting in the royal court, in order to survive and protect her son. She raises her son into a well-balanced and educated person though strict discipline, and she is rewarded by seeing him become King. Although some people have said the ending to Dong Yi was disappointing I liked it and in any case I believe that with any Korean drama it is the journey to the conclusion that is most important and not necessarily the last few minutes of the last episode. 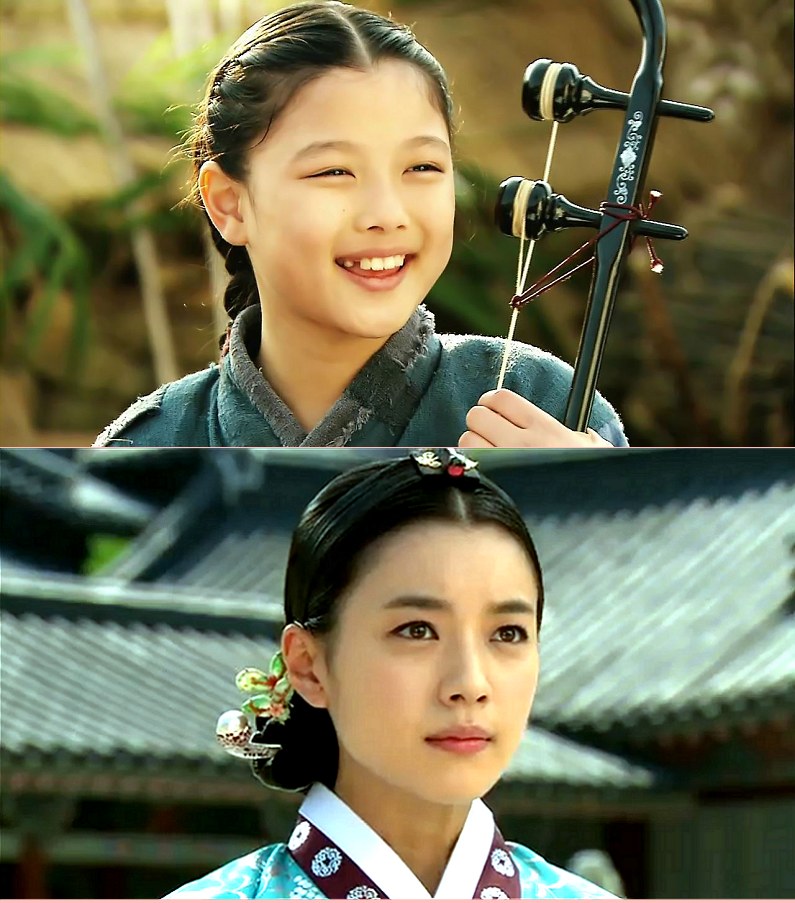 
Dong Yi is.directed by Lee Byung Hoon who also directed Jewel In The Palace (2003) and Yi San (2007). The series swept all the major awards that year, including the Grand Prize, the Daesang, during the 2010 MBC Drama Awards show. 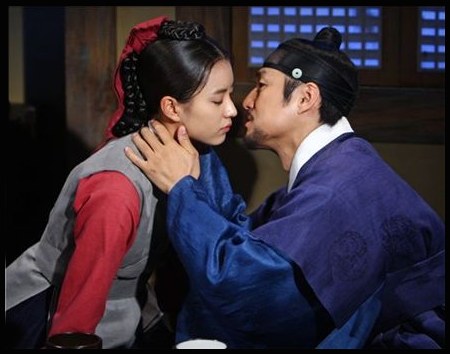 Dong Yi is a Korean drama that is one of the very best historical stories prepared for the small screen. The actors and actresses do outstanding jobs, from the older character actors to the youngest children. The high quality music and cinematography of this drama impresses too. If you like learning about Korea's royal families in an entertaining and romantic way then please put Dong Yi on your waiting queue. If you pace yourself well you will find it's worth your time. You can buy a DVD set at Amazon at THIS LINK. 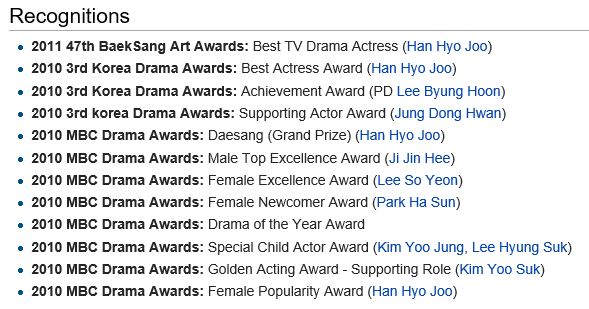