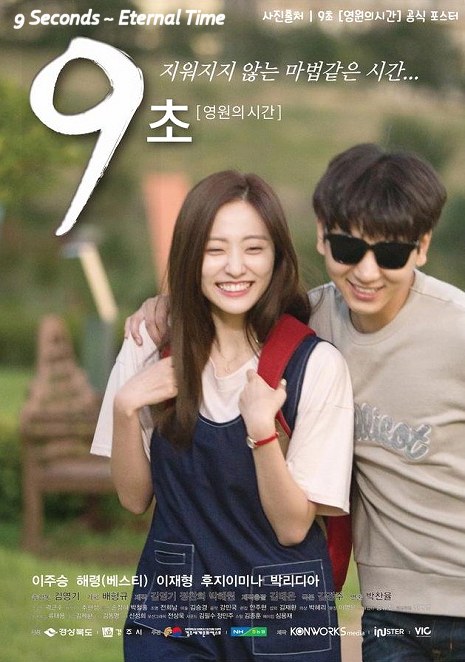 This short drama with seven episodes of about 16 to 25 minutes each, 9 Seconds - Eternal Time (2015) reminded me a little bit of another short romantic drama called Mimi (2014) in tone, but the cinematography was even more beautiful in this show. I like when the Korean drama producers go out on location shoots and away from Seoul to capture the beauty of the countryside of Korea; this one was filmed in the late summertime and everything glowed and glistened in nature. I would love to know which province they filmed it in but I couldn't discover any information about it online.

9 Seconds is a simple fantasy romance, with big moments of sadness toward the end, yet still leaving open a light of hope at the end of the tunnel for our loving young couple to be re-united. It featured two actors whom I had already seen in other shows, 27 year old actor (who looks 18!) Lee Joo Seung from Pinocchio, Producer, and The Time That I Loved You: 7000 Days and pretty actress Na Hae Ryeong from High School - Love On. Hae Ryeong's character in High School - Love On was not very sympathetic, but here in this drama her character is very likable, which I was happy to see.

Joo Seung gave a fantastic performance in this drama, he is really maturing as an actor with each new project I see him in. Just wait when he gets in his thirties, he'll be able to play guys in their twenties, with his adorable baby face. He is an actor who can cry at the drop of a hat. The camera doesn't have to cut away first so the actor can put saline drops in his eyes before the camera comes back on him (that's always obvious to me) .... no, he really CAN cry on cue, seamlessly, to me one of the biggest attributes of a solid actor and not one just going through the motions. 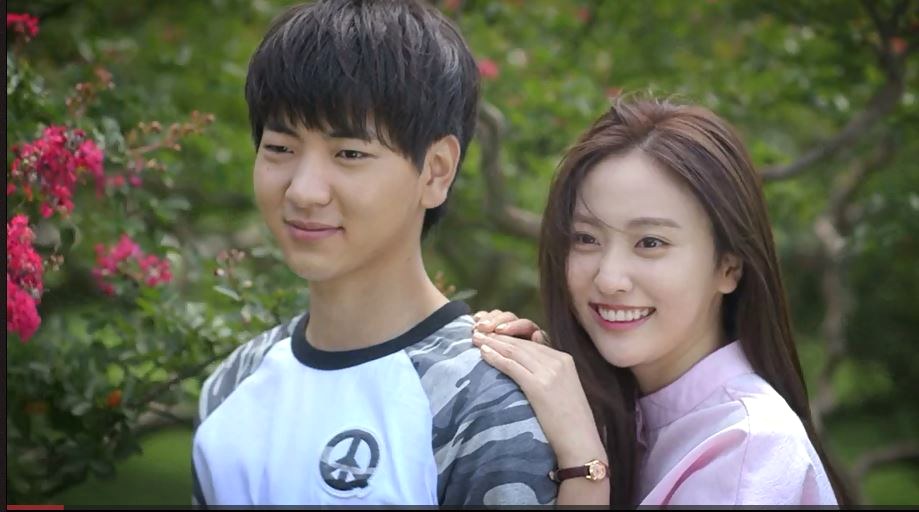 The Story: Upon a chance meeting at a neighborhood store, Yoo Sora (Na Hae Ryeong) and Kang Yoochan (Lee Joo Seung) exchange a few words and separate when Sora leaves after telling the merchant that a group of boys were shoplifting cigarettes while his back was turned. The clerk runs after them but doesn't grab the boys and Sora becomes their next victim as she walks home with her package: they gang up on her and tell her she is going to pay for informing on them.

Suddenly Yoochan arrives and fights them off, grabs Sora's hand, and they run away from the bullies. It turns out that they actually live across the street from one another. Sora is new to the area after her mother moves to the country from Seoul for a new job. Yoochan is an orphan who lives with his devoted single uncle, Seok Yeon (Lee Jae Hyung) who has a crush on Sora's high school teacher Mina (Mina Fujii). It's very cute how they all start to become close at the same time, the younger couple and the older couple.

Sora and Yoochan, now a couple whom even the bullies can't break up, visit a camera store together as part of his interest in photography. They look at some antique cameras and pick up one that they discover by accident can halt time for 9 seconds! They buy it and carefully consider what to do with it. "If the film inside runs out will it still continue to stop time in its tracks for 9 seconds when we take a picture?" They decide to be prudent and only use it at special times. They spend a lot of time riding bikes together and exploring the great outdoors and some fun museums. 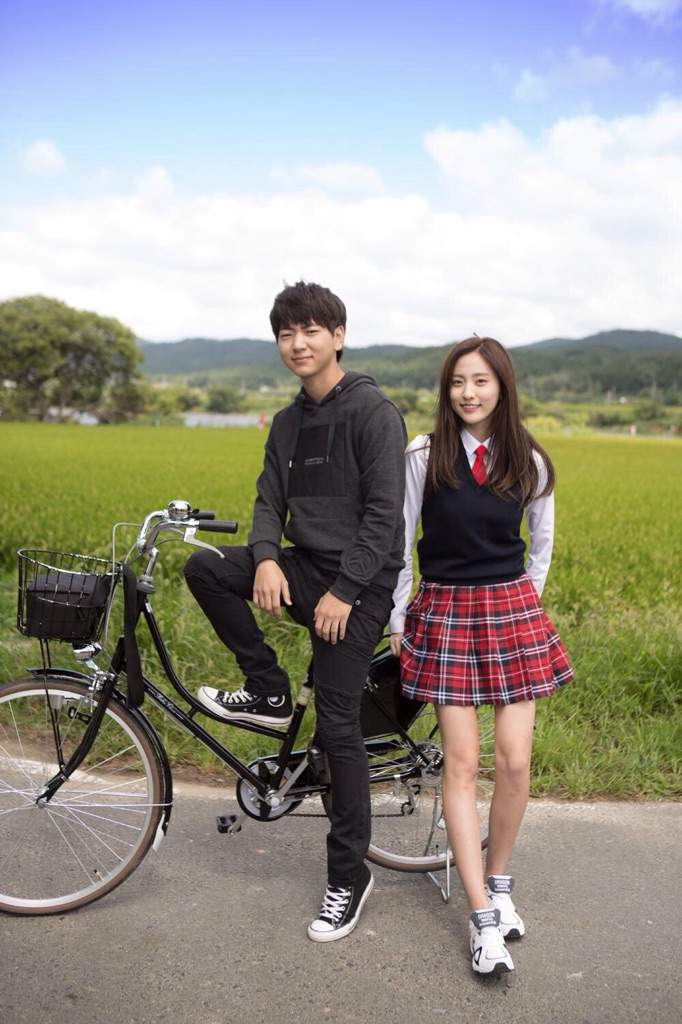 Eventually Yoochan gets up the courage to tell Sora he is going blind and that's why he almost always wears sunglasses -- the light hurts his eyes. She becomes even more devoted to him as time goes by and when he reaches a moment where everything goes black for him Sora is the first person he calls. Meanwhile Sora's nasty mother doesn't want her daughter to hang out with such a loser, gosh, he can't even go to a "regular school" she complains, causing bad feelings between Sora and her mom. Now Sora is even more committed to Yoochan, especially when her mother slaps him across the face! (I was furious at that moment and screamed at my TV at that woman, for anyone who hurts a disabled person is nothing but a pile of sheet in my eyes!). Yoochan takes off by himself for two days after the slapping incident and for a brief time he can see again, dimly, and then he starts to lose his eyesight permanently; the doctor warns the uncle he may have two weeks left of sight, at most.

Yet another potential tragedy appears on the horizon but will the magic camera have one last chance to delay that moment, or to stop it from happening at all? Or will this mark the end of a picture-perfect young romance between two sensitive and devoted people?

Some of these short dramas pack more emotional punch than many of the longer ones that I watch! 9 Seconds is such a show and I highly recommend it. Enjoy this tender beauty.

BACK TO K-DRAMA REVIEWS 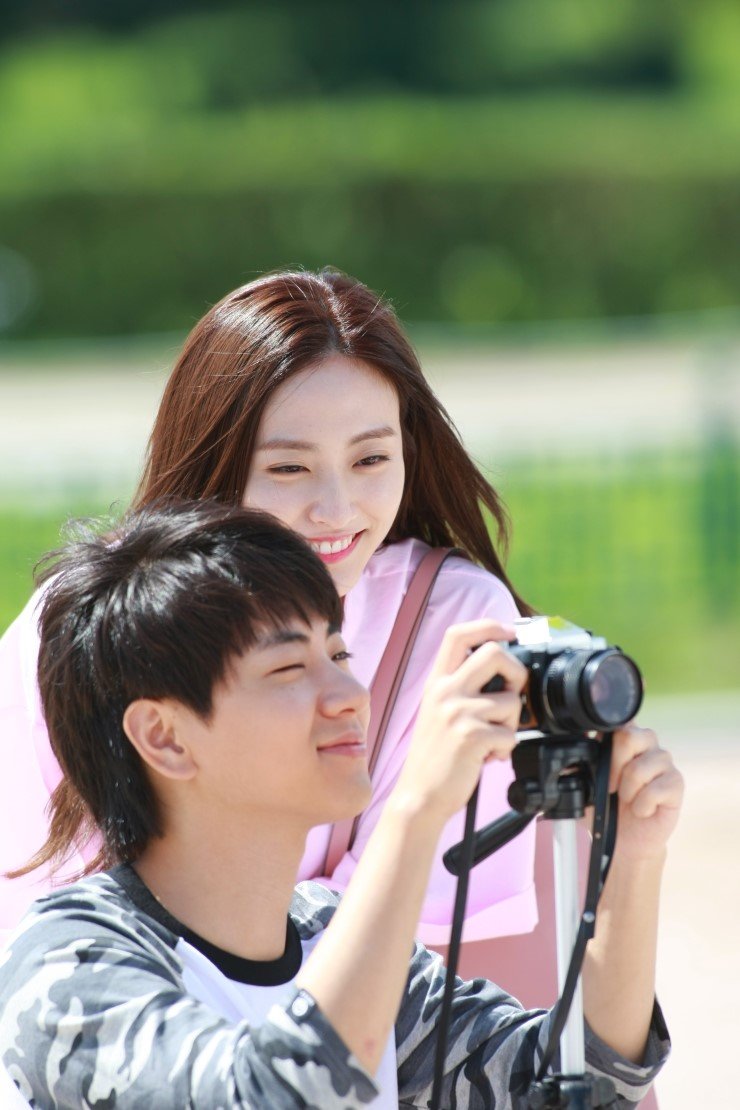 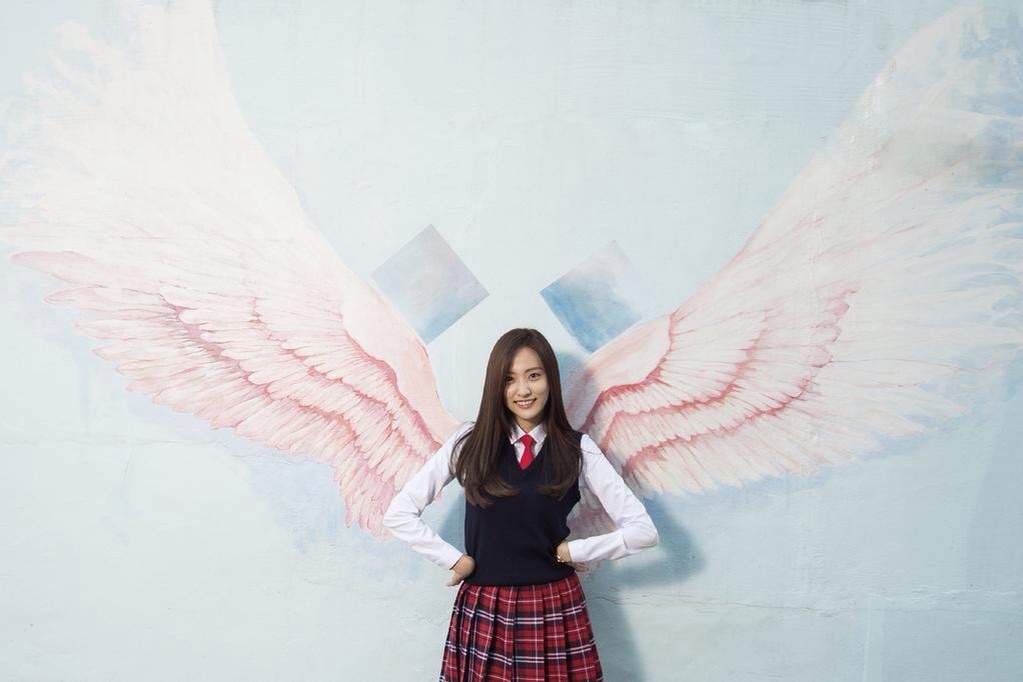 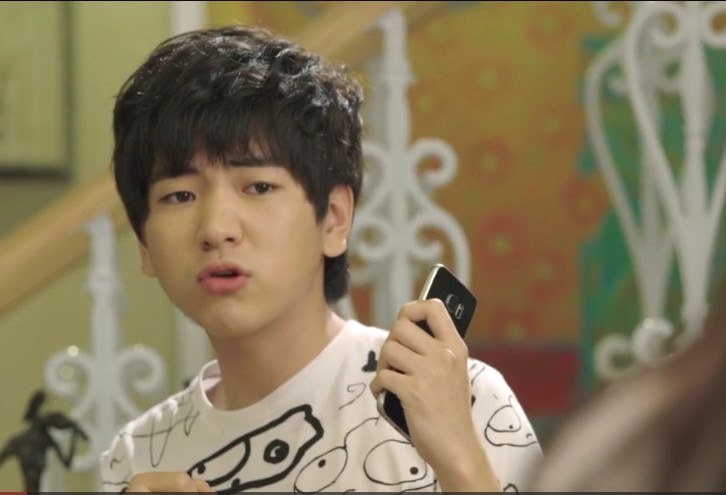 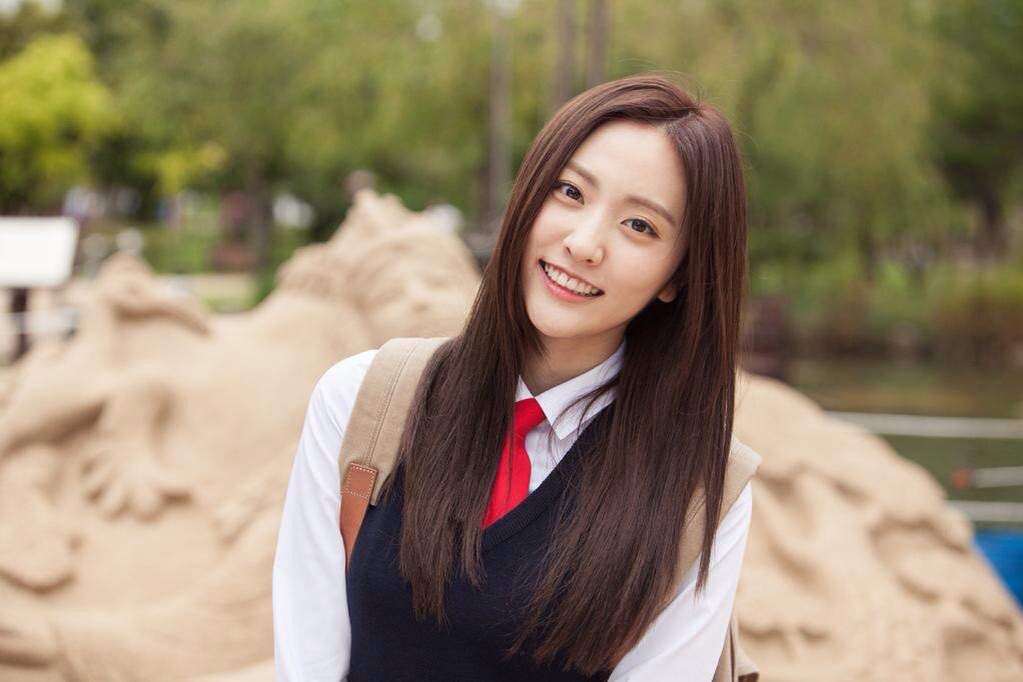 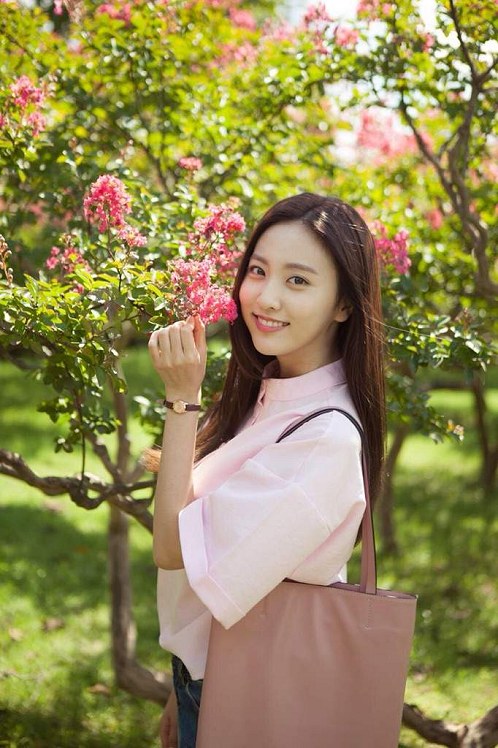 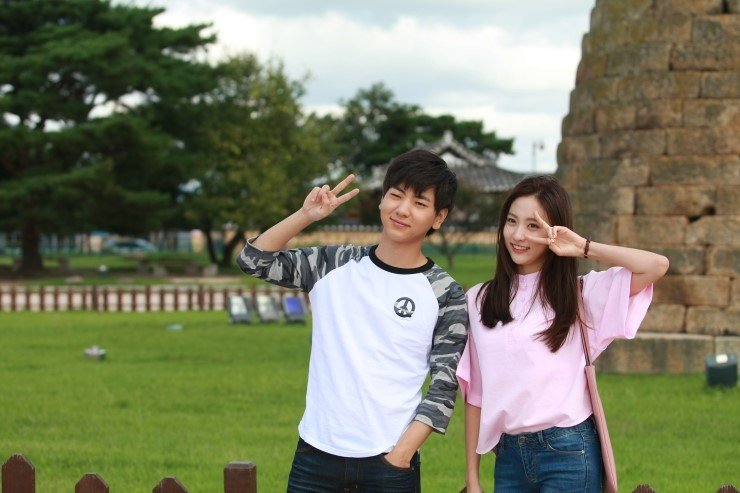