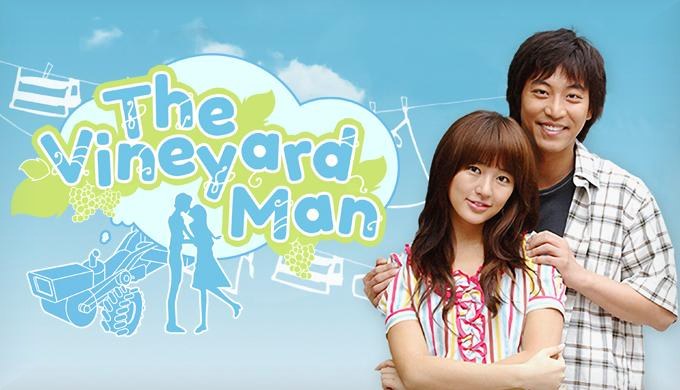 What a total GEM this show The Vineyard Man turned out to be! I can't believe it sat on my K-drama Queue for over two years before I took the plunge to watch this amazing, beautiful, funny, sad, romantic Korean drama. It's a classic, a new top favorite of mine, and it's a shame it has fallen under the radar unfairly, while other shows with far less substance are promoted on the K-drama web sites instead. Compared to many K-dramas being made today, this 2006 show has depth, genuine humor, excellent story writing, and believable, touching characters to root for: salt of the earth type farmers and other country people who are easy to love and sympathize with. If it wasn't for the daily hard work of farmers for us, we'd all simply starve to death. Food doesn't magically appear in your grocery stores, someone has to work hard to produce it, with great skill and patience, then sell if to grocery stores, malls, restaurants, and food stands. 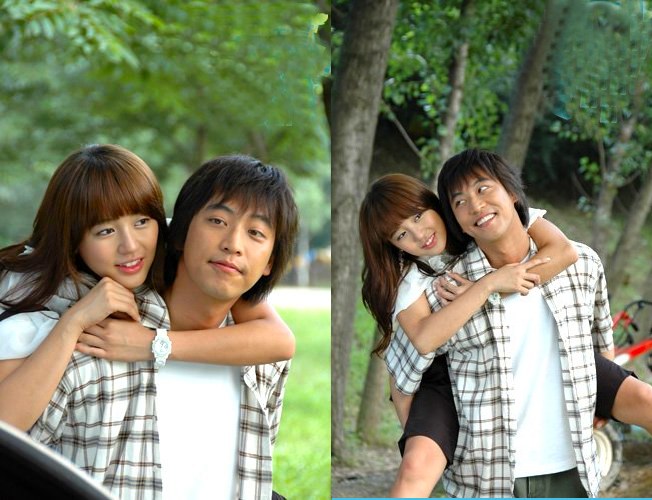 One of the biggest assets of this drama is the sublime countryside cinematography. I was constantly taking screen captures of beautiful vistas. In that way it reminded me of the beauty of Spring Waltz, which came out the same year, 2006; in fact The Vineyard Man was the second show after Spring Waltz on the KBS Monday - Tuesday lineup. They could very well have used the same talented cameraman. Also the music was fantastic, much of it cheery and upbeat (it made me want to get up and dance!), and some of it is hauntingly beautiful.

Some Funny Scenes Near The Beginning :)


The female star, Yoon Eun Hee, most famous for the K-drama classic Coffee Prince, gives a very fine performance here as a girl who goes to her grandfather's vineyard to work his fields, with the promise by her grandfather that she will inherit the land -- worth a lot of money since developers want to grab it to build a resort on -- if she works on it for one year. Her co-star Oh Man Suk (Wild Romance) is the vineyard manager who is put in charge of teaching this silly city girl all about cultivating the land. He's got his work cut out for him. What a fantastic performance by this young man. Not traditionally handsome, but someone who exudes earthy attractiveness, he starts off as rather a goofball type but becomes more serious and sensitive as the show progresses. Both Yoon Eun Hee and Oh Man Suk won several drama awards for their roles in The Vineyard Man. Well deserved! It's already been a day since I finished this show as I write this, and I already miss the characters like crazy! That's when you know you've been touched deeply by a story -- when you have trouble saying goodbye to the characters. 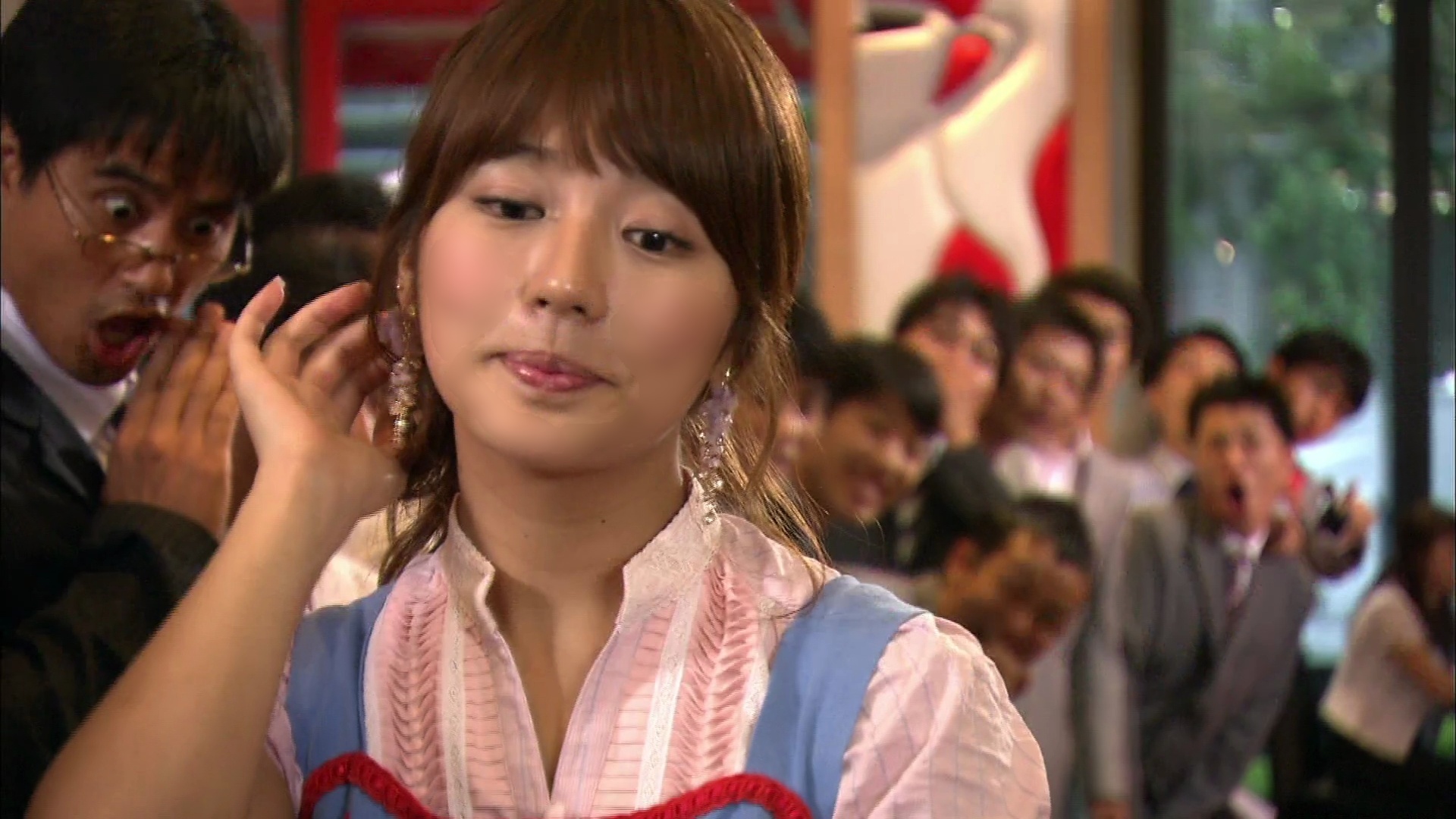 The rest of the supporting cast are fantastic too, including the love rival for Eun Hee's affections, Kim Ji Suk (Personal Taste, Chuno), veteran actor Lee Soon Jae (The King's Face and a hundred other dramas!) playing the girl's grandfather, and one of my top favorites, Kim Chang Wan (who played Do Min Joon's adopted father in My Love From Another Star), who here plays the girl's loving father. He always adds a gentle charm to every role he plays. Sometimes I will watch a drama simply because I see his name in the cast list! The actress who played the mother of the girl, Bang Eun Hee (The Suspicious Housekeeper), did a good job of being filled with avarice at first, wanting to have her daughter grab that land from grandpa, no matter how uncomfortable it makes her daily life, to becoming a mother truly caring for her daughter's future happiness as the show goes on.


The drama revolves around the life of Lee Ji Hyun (Yoon Eun Hye), a young city girl in her twenties who wants to achieve success in the fashion design business, despite great odds due to her humble beginnings and lack of education. She designs a beautiful skirt and blouse set which attracts a lot of attention when she goes nightclubbing after work with her best friend Eun Young Moon (Ok Ji Young, who played Su Jeong Im's funny oldest sister in I'm Sorry, I Love You).

As she finished last minute touch ups on the set for an upcoming fashion show, she falls asleep by the dress due to exhaustion; her shifty female boss walks in, and falls in love with the gown. She secretly pays ruffians to accost her own assistant in the street, to get the dress from her; Ji Hyun hurries into a men's public bathroom to escape their clutches, and the men follow, strip the gown off her, leaving her in just a slip. The thieves run away with the dress set and In walks a man, a stranger (Oh Man Suk), to use the toilet. She grabs him from behind and tries to take off his shirt, so she can cover herself up! He thinks she's nuts and struggles to get away. She's screaming, they struggle, he falls on top of her, and in run the cops at that exact moment. They arrest HIM for attempted rape, when HE was the one who was trying to keep his clothes on. LOL. 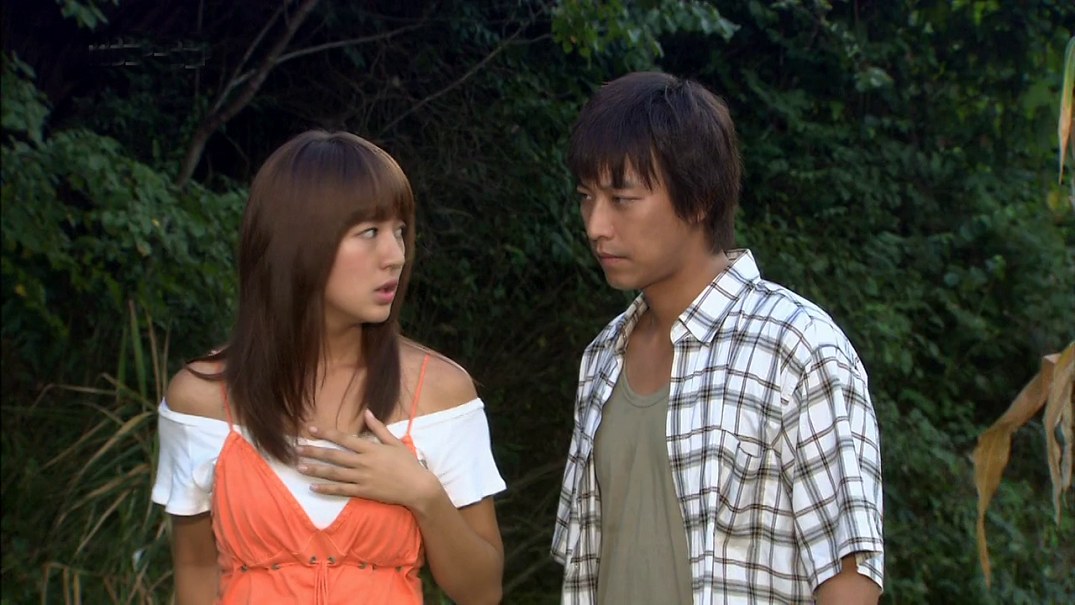 In a very funny scene at the police station, the cops try to get the real story of what happened from both parties, and go from taking the handcuffs off the young man, and placing them on Ji Hyun instead! Eventually both are released but the young man's shipment of fruit on his truck has gone bad due to all his hours wasted in the police station.

Ji Hyun reluctantly takes up a tempting offer from her grandfather (Lee Soon Jae). She has to work one year in his vineyard in order to inherit the land. Her mother Young Ran (Bang Eun Hee) discovers the cost to buy the land on the open market would be millions of won and she pushes Ji Hyun to accept the offer, with the goal of selling it after the year is up, even though they know grandpa would be outraged at the duplicity. 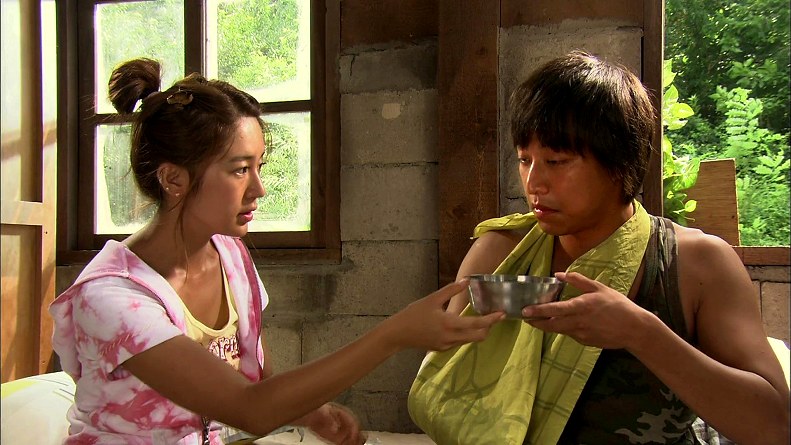 Once Ji Hyun arrives at the vineyard, she is shocked to discover the vineyard manager is the same man she accosted in the bathroom in Seoul. She learns his name, Jang Taek Gi, and has to start adjusting to his abrupt way of addressing her, and his impatience in dealing with this silly city girl who doesn't know the first thing about growing and harvesting grapes! They butt heads a lot in the beginning of their relationship. She looks for relief from all the stress of dealing with him, from the other lady vine workers who laugh at her, and the brutally primitive lifestyle grandpa lives (the bathroom is a hole in the ground in a shed and there is no shower!). 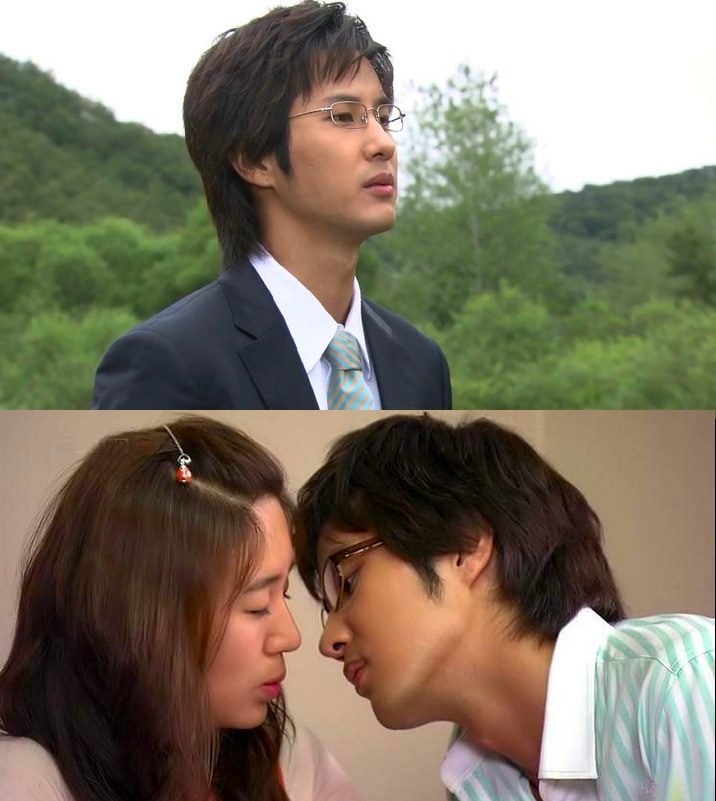 Second Male Leads are hard to resist when
they are rich, handsome, nice medical doctors!

Ji Hyun finds rare relief in a doctor who arrives in town whom she used to have a crush on during her high school days. His name is Kim Kyung Min (Kim Ji Suk). He comes from money and treats her to nice dinners and a visit to his friend's house which is a vacant mansion with every luxury available. Ji Hyun fancies herself in love with Kyung Min, and her parents are thrilled she is dating a doctor, but more and more she finds herself feeling closer to Taek Gi, who seems to be treating her with more kindness day by day. He even builds her a dresser with a mirror, and a brand new bathroom with an actual toilet! (Is that love, or what?).

She even finds herself caring more about the vineyard and turning out a fine harvest. She discovers to her shock that Taek Gi actually has a graduate degree in agriculture. There are so many gorgeous scenes filmed in this vineyard; my favorite one is a stunning one at night, when Taek Gi and Ji Hyun sit at night and stare at the stars, have a little wine together, and watch the fireflies come out and blend in with the heavenly vista. When I saw this scene I decided right then and there that this show deserved my highest grade of A+. 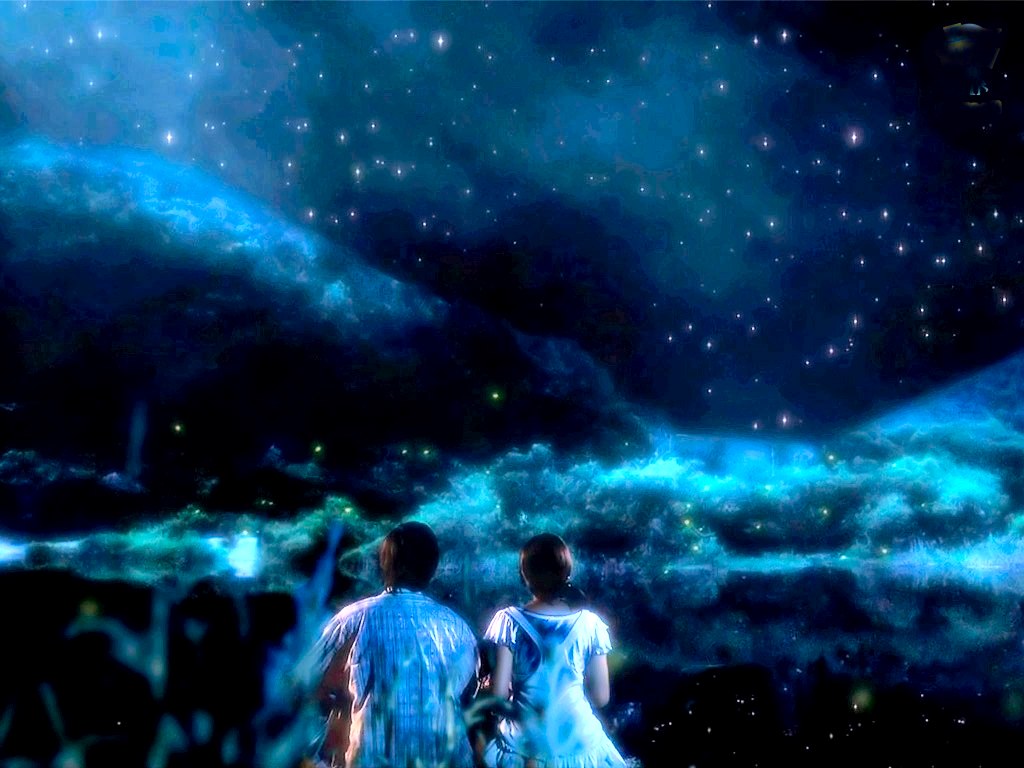 Amid many conflicts, such as thieves trying to steal their grapes, a bug infestation that threatens to ruin the entire town's crops, and other love interests trying to come between Ji Hyun and Taek Gi, they finally learn to care for each other. Ji Hyun starts depending on him and becomes jealous when others try to flirt with him. Taek Gi tries to tell Ji Hyun he has fallen in love with her but he's awkward about it, with that pesky good looking doctor always showing up and finally proposing marriage to her. What can he do to win her heart completely? Most women would jump at the chance to marry a doctor, not a farmer.

This lovely, simple, heartfelt story portrays how the beauty of the land and the kindness of the common folks can interweave with one another to create an amazing utopia of peace and harmony and love in one show. I was completely transfixed by this drama and could barely tear myself away from it.

Beauty can be found in everything and everyone, when one looks beyond the surface and takes one's blinders off about what is really important in life. I will no doubt watch The Vineyard Man again, it's so far beyond the majority of the K-dramas being produced today. Do not forget tucking in some classics into your K-drama queue, or what you will miss out on is immeasurable. Especially this one: it's poetry on screen. Do not miss this unfairly forgotten gem for the world! 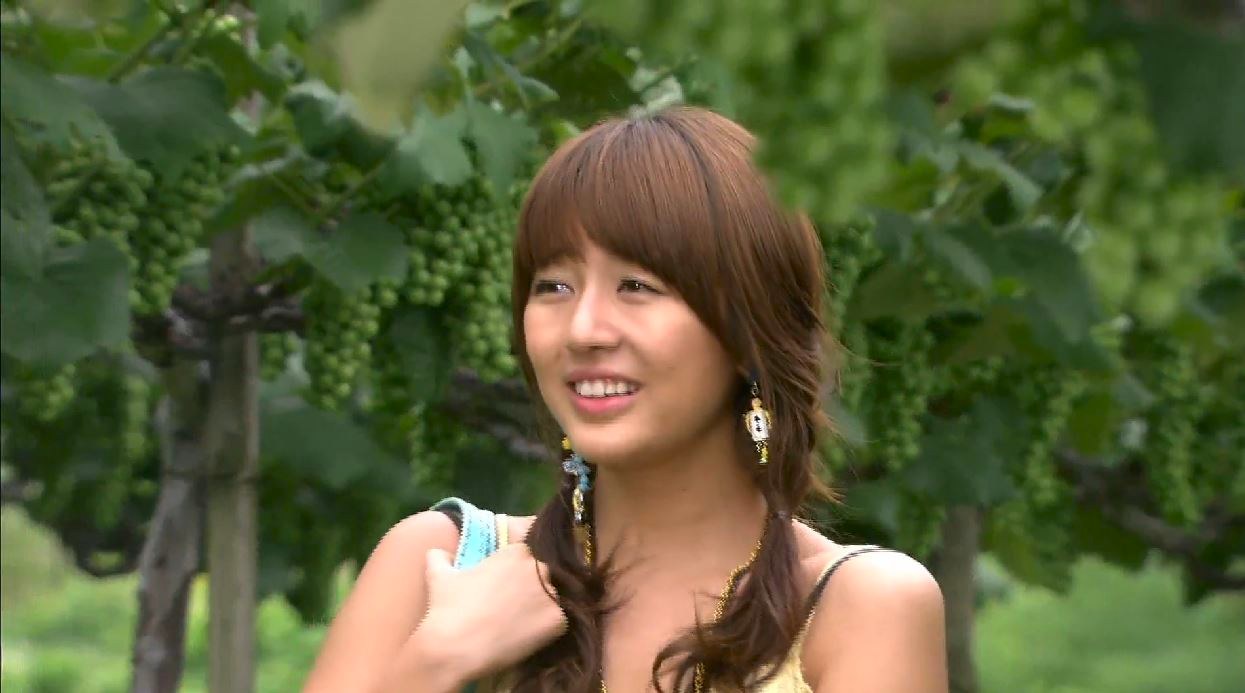 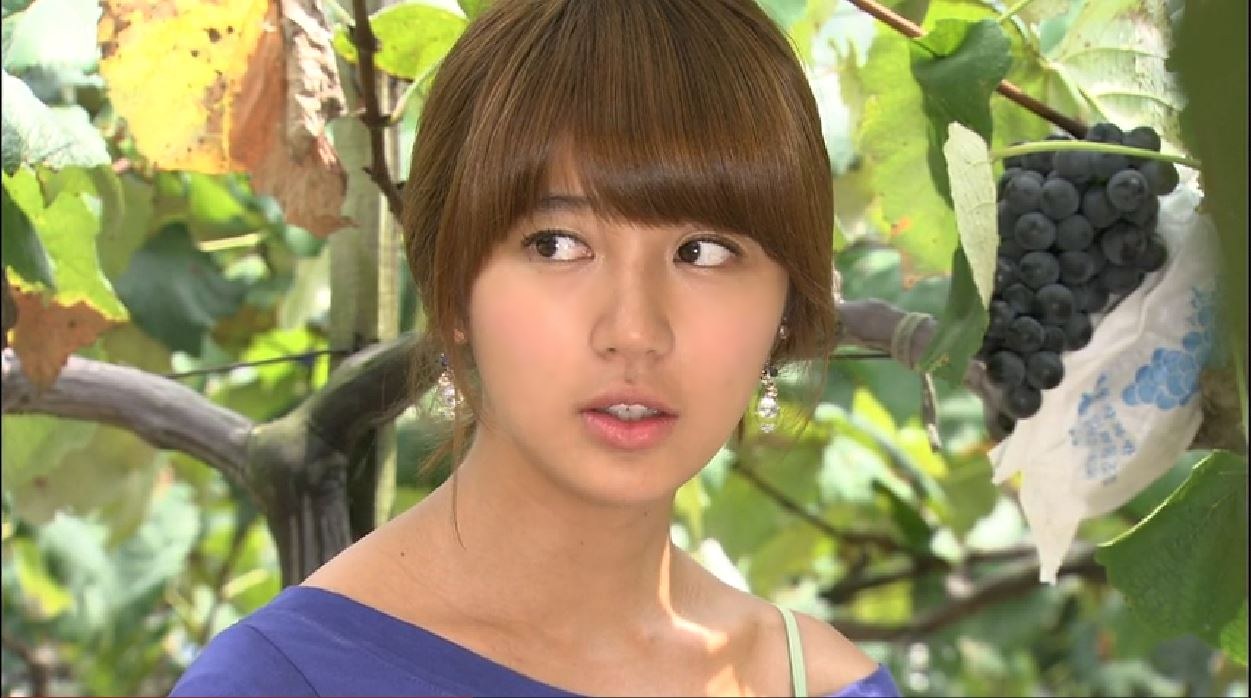 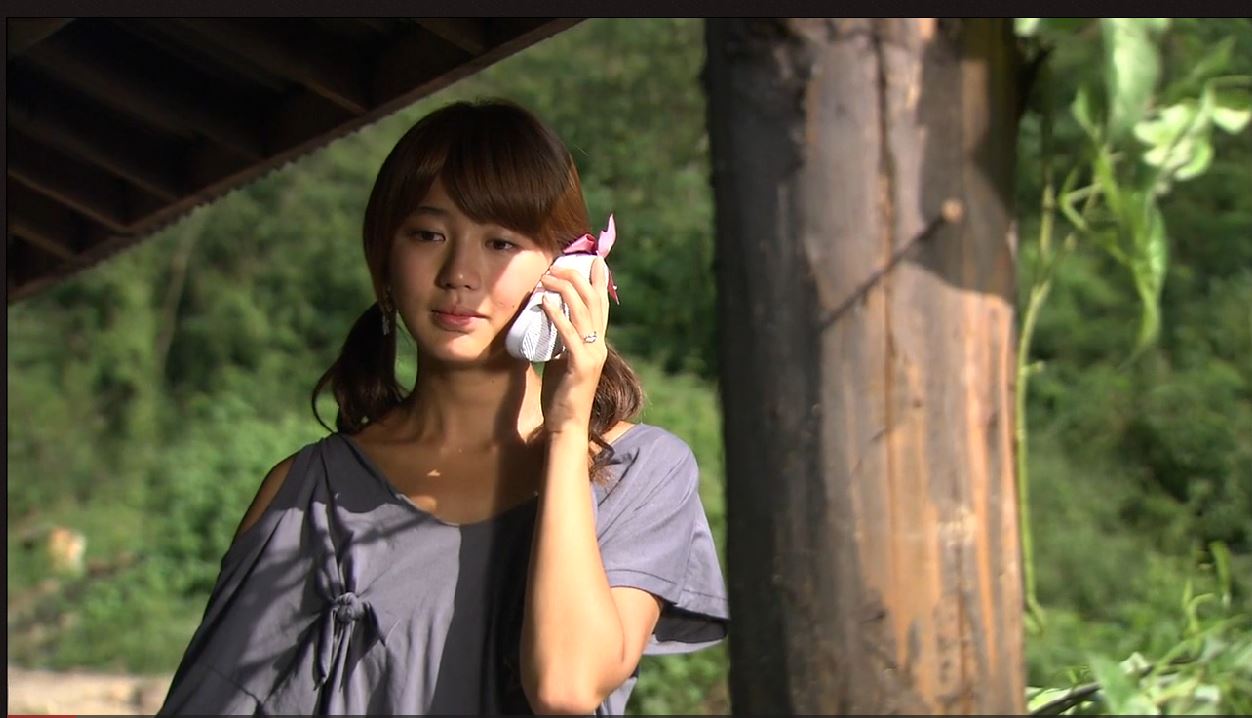 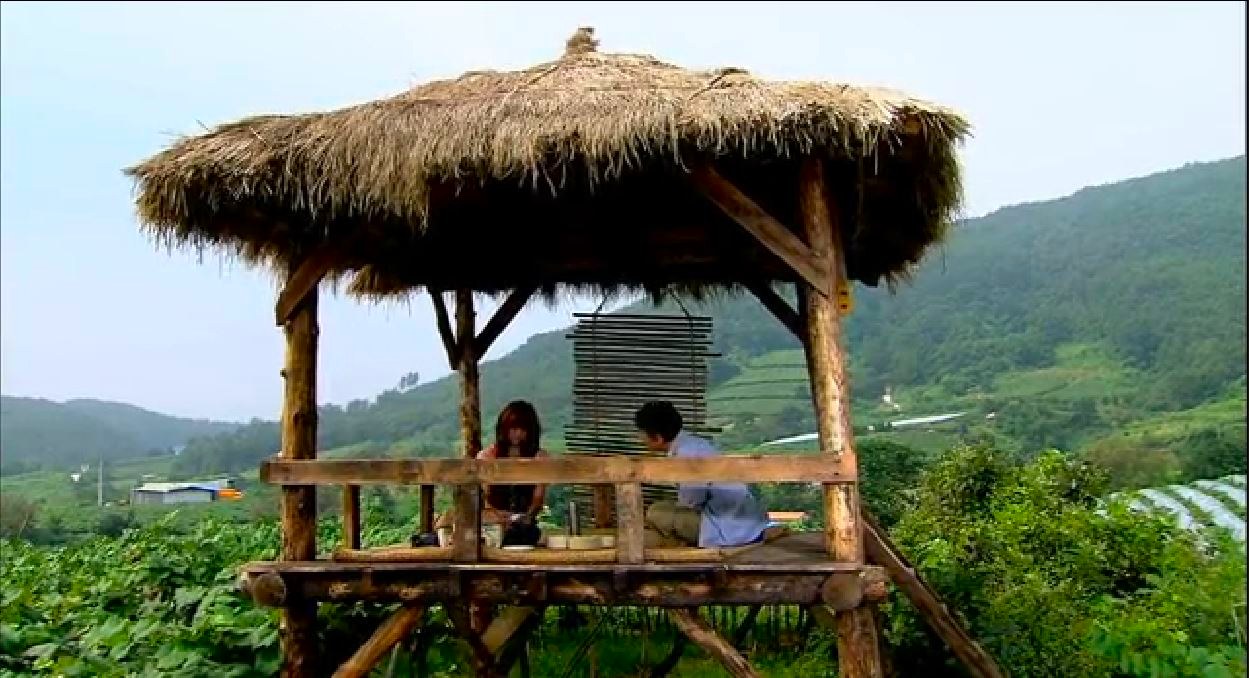 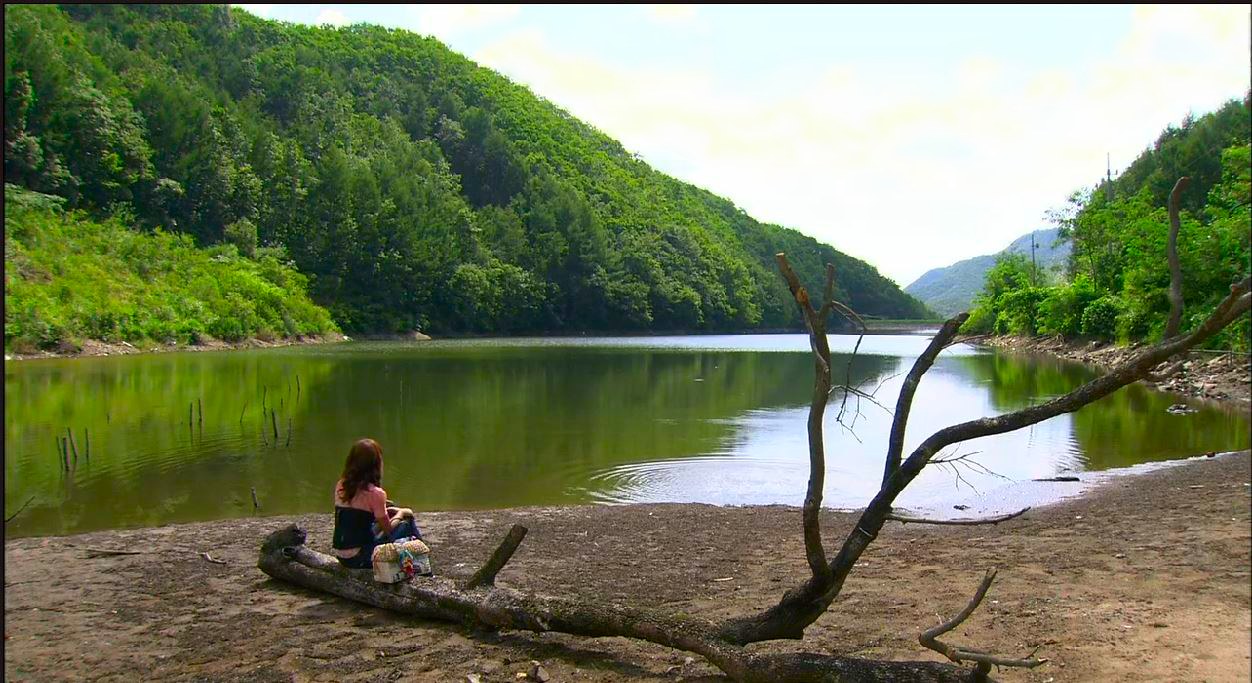 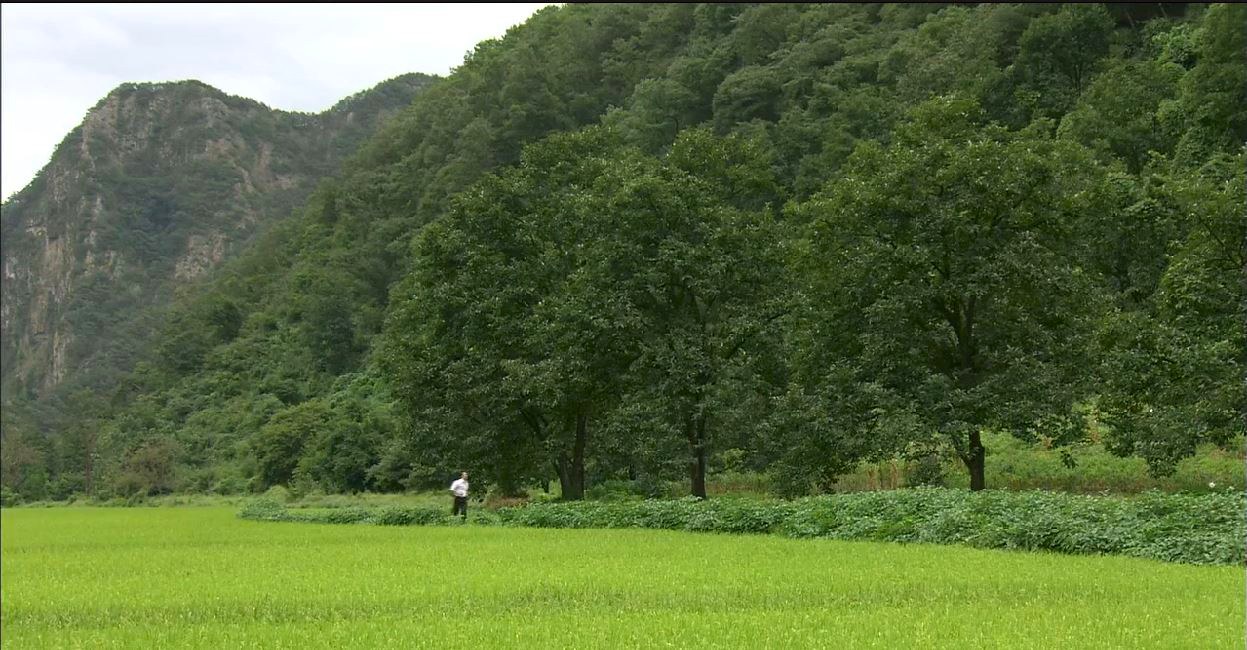 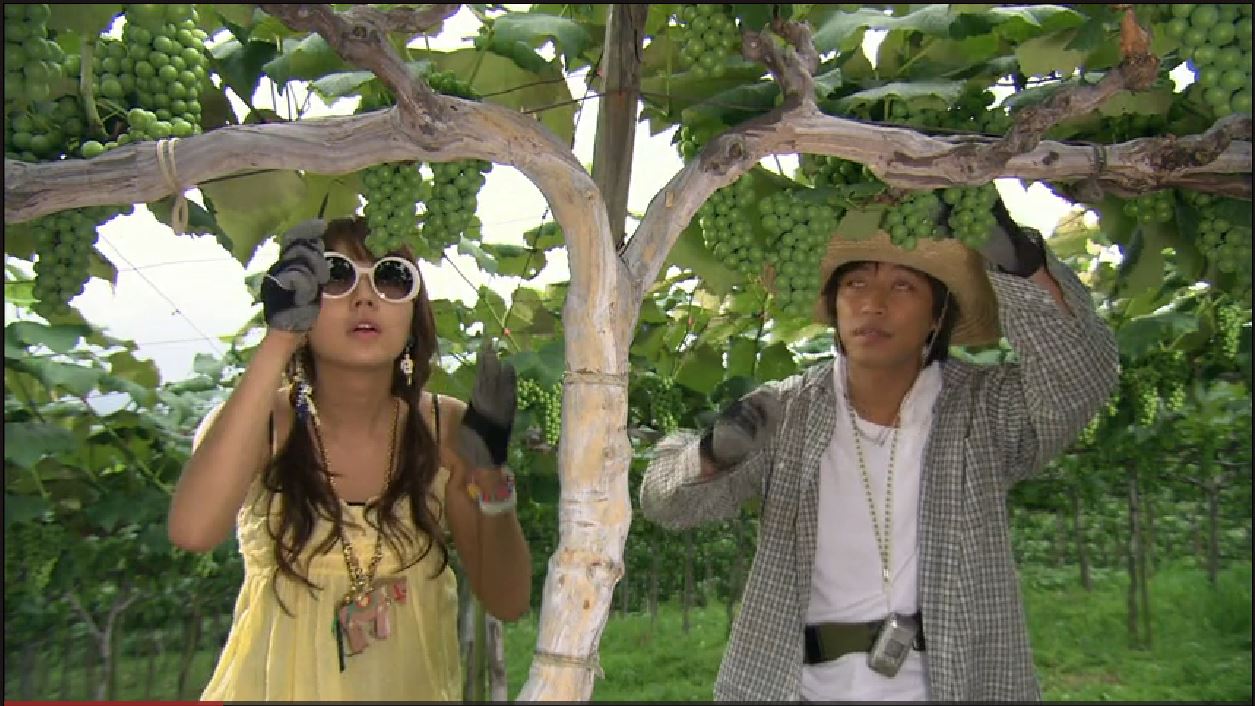 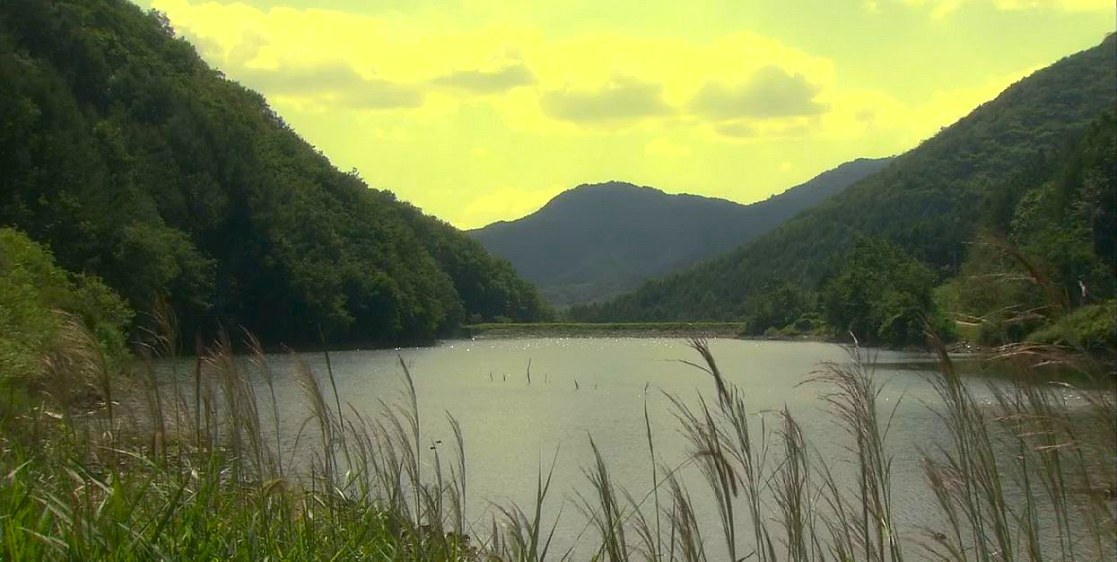 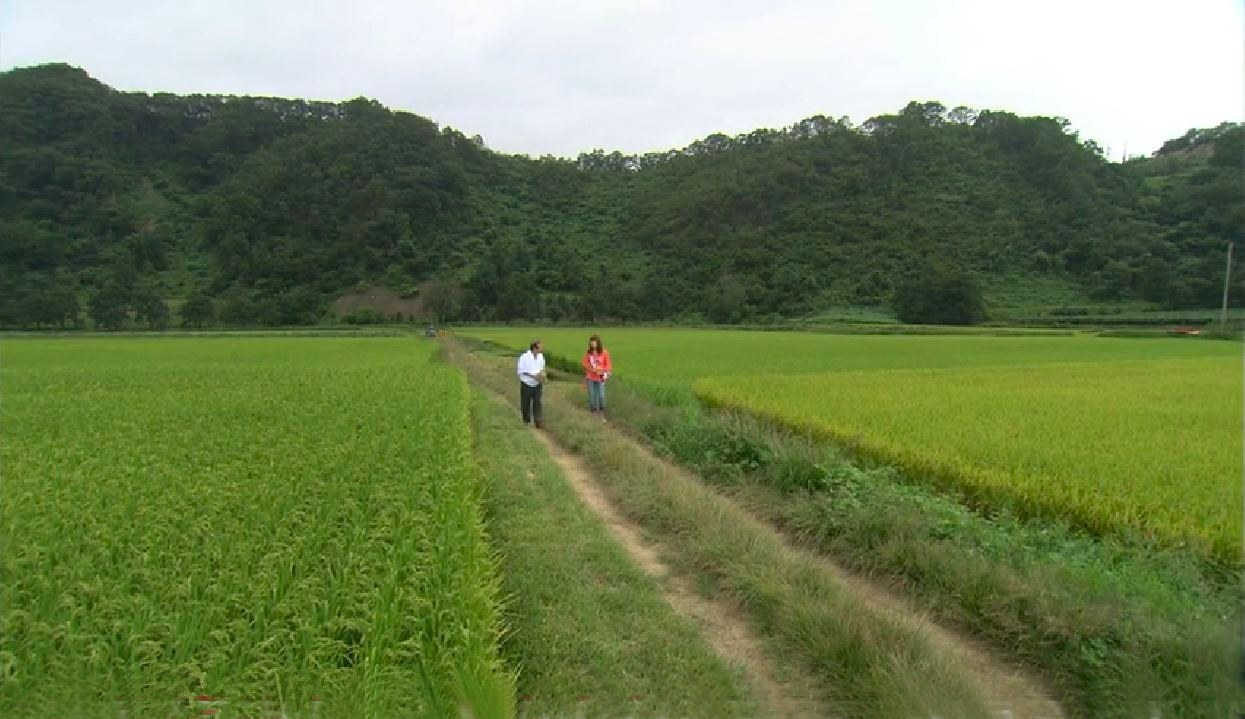 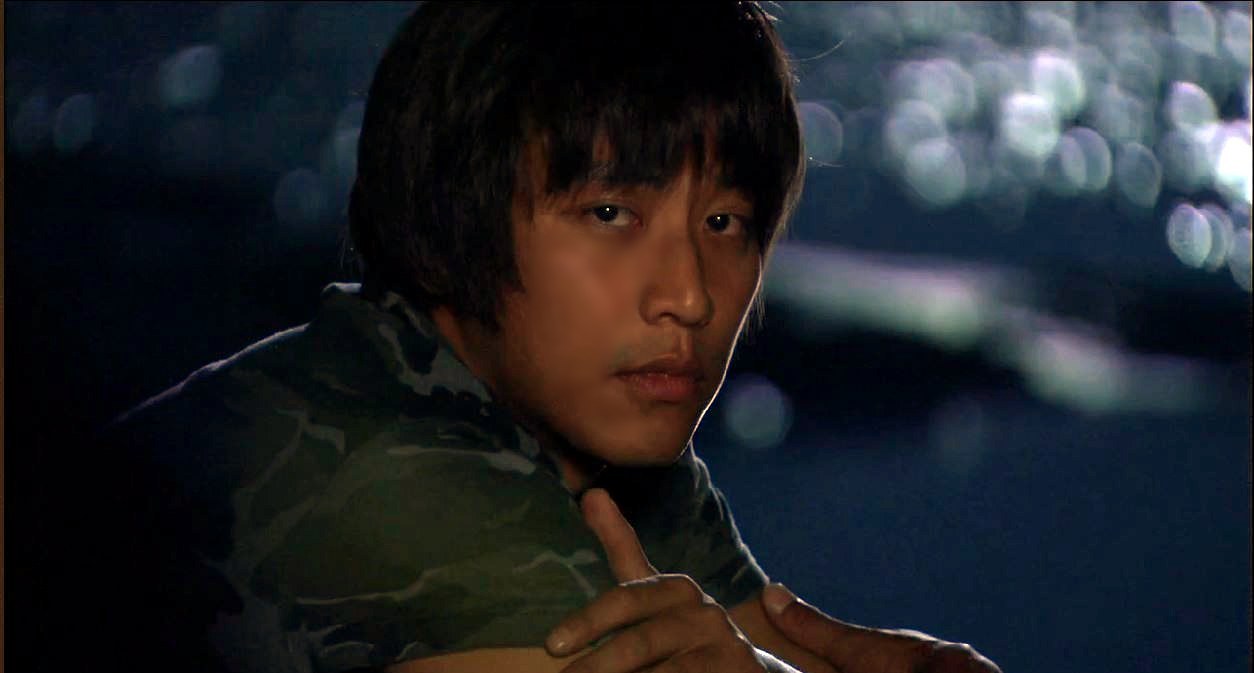 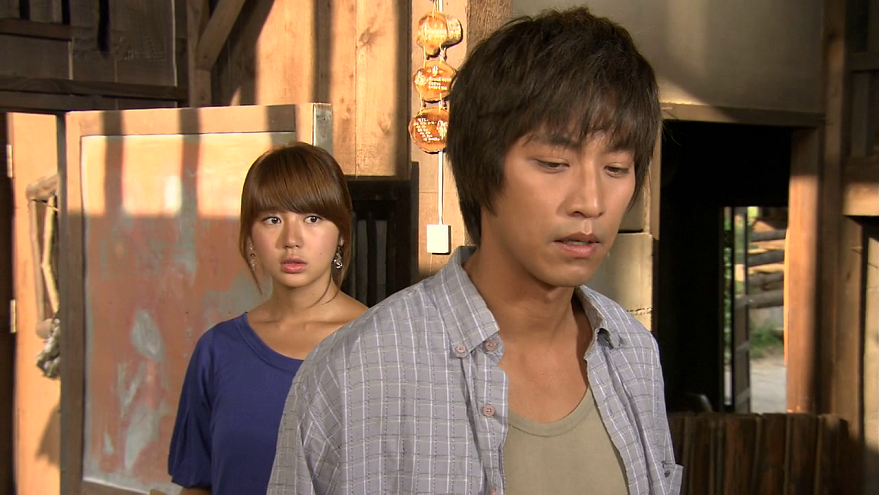 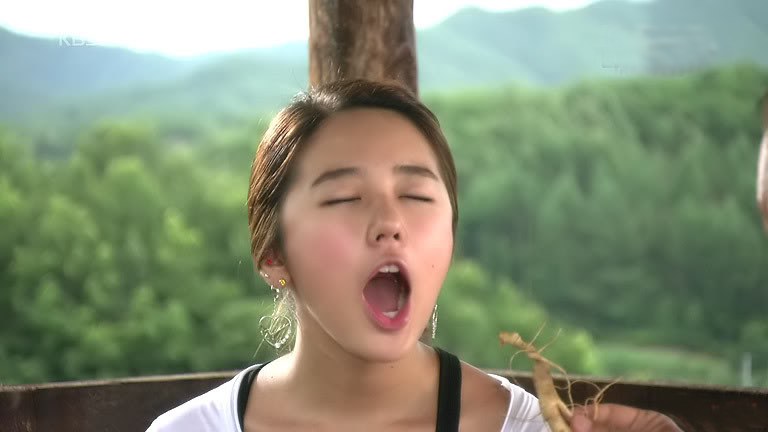 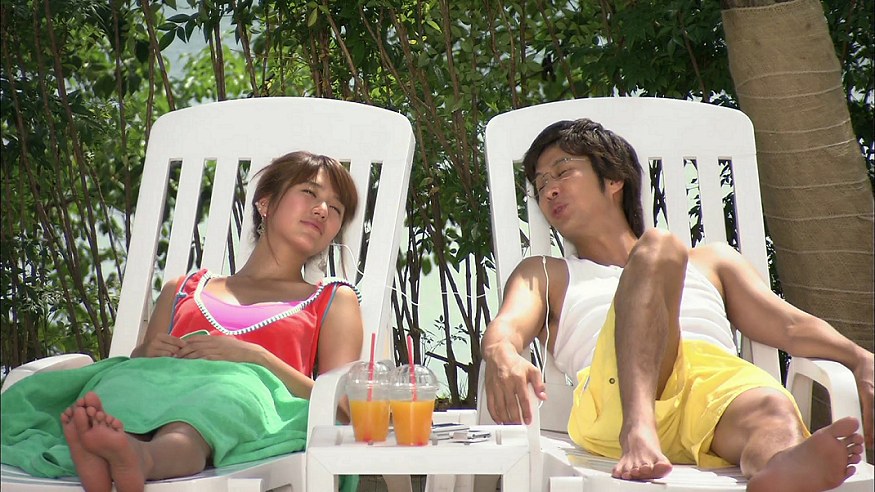 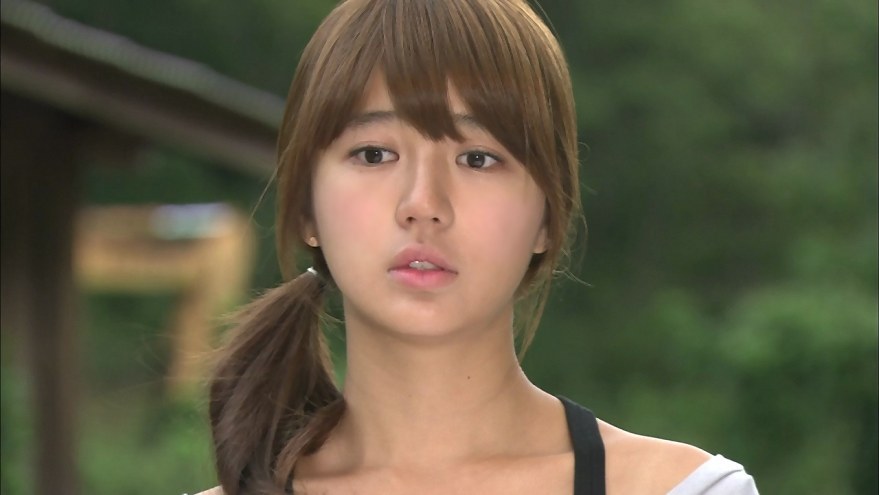 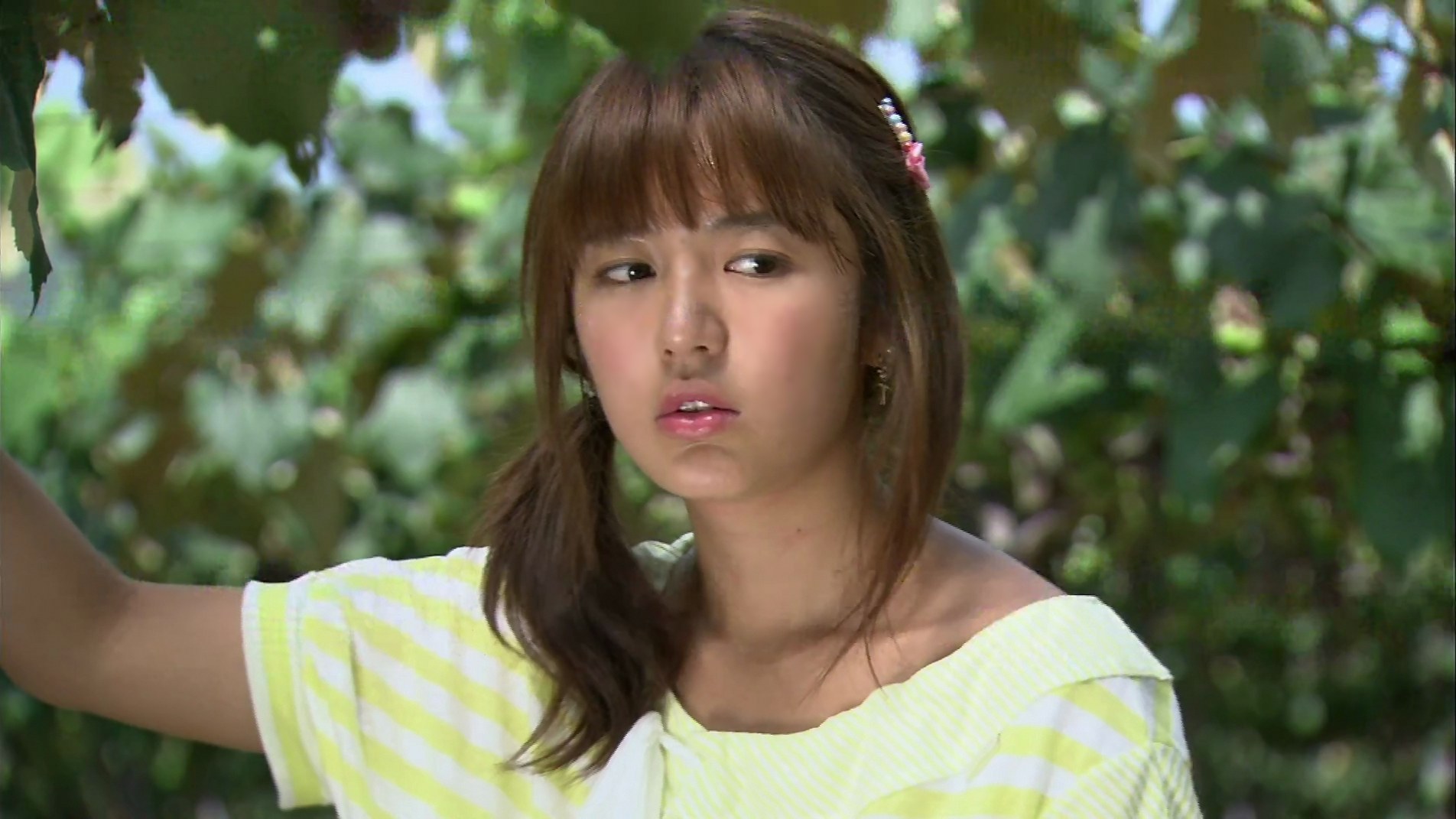 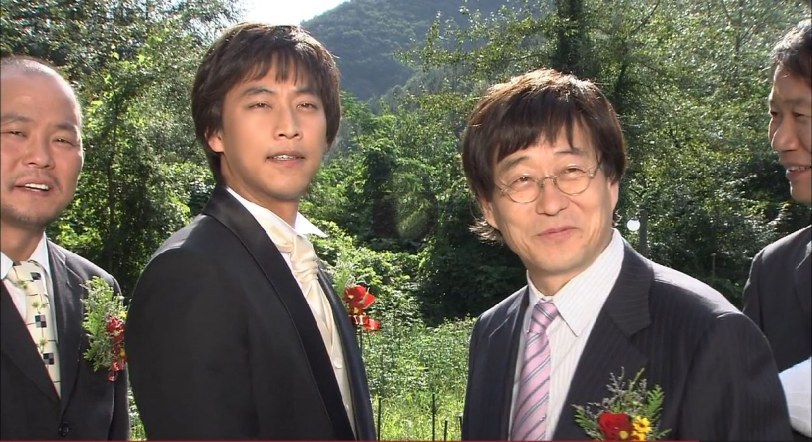 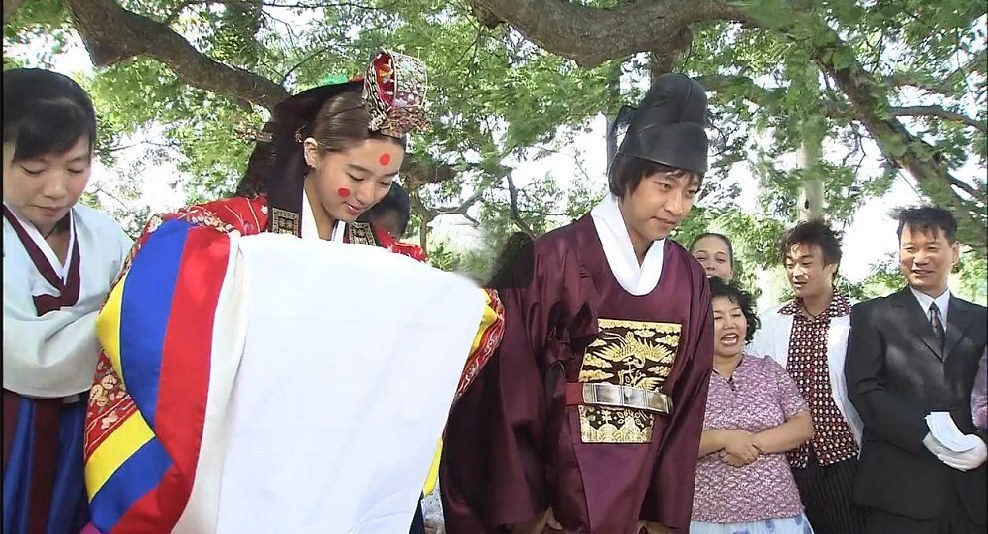