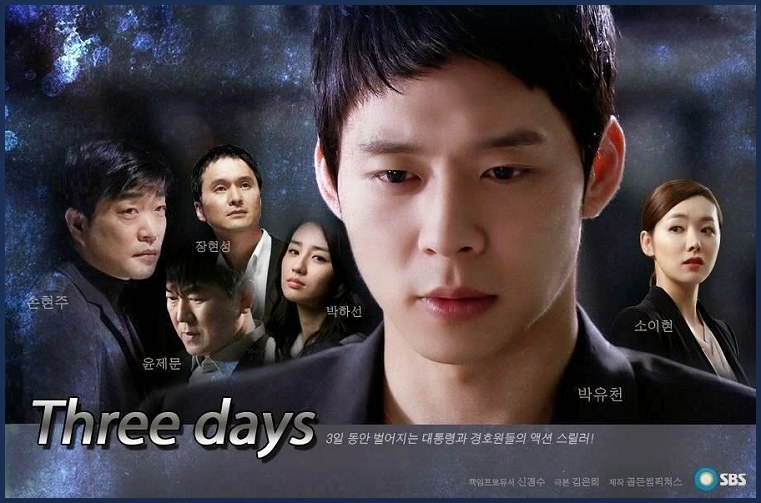 I polished off the outstanding Korean action thriller Three Days (2014) in three days and completed it on September 11th, 2015, which I suppose is a bit ironic -- I really didn't plan it that way, it just happened. Since the drama is about an attack on the government of South Korea and its populace, and specifically an attempt on a President's life, it turned out to be a quite appropriate choice to watch over this time period of a 9/11 anniversary: the way I look at it the terrorist attacks of 9/11 in America were not just an attack on our country, but on the entire world, for people of all races and nationalities died on that day. The economic tsunami after the tragic event was felt worldwide and still maintains repercussions since that day, on the world's economy and national defenses.

This particular show taught me many things about terrorist attempts which can unravel a nation and make it highly unstable and at risk for destruction. Any mode of public transportation can be used, or any place where a large group of people may gather can be prime targets. This show taught me how hard the Secret Service men and women train to protect the President, even willing to give up their own lives to protect his one life. And most importantly it educated me on a very real possibility of political enemies using a type of bomb called an EMP (electromagnetic pulse) explosion which can wipe out a nation's electric grid, potentially paralyzing a nation. Immediately all cell phones would stop working, electric lights would go out, appliances wouldn't work, banks would have no way to give you your money if their computers went down, electric gates wouldn't open, and even airplanes and cars would stop functioning, resulting in immediate deaths of thousands of people in crashes. It's not just a doomsday scenario via Hollywood type imaginations, for instance the CIA is well aware of the possibility and which countries possess the technology. Search Yahoo and YouTube for "EMP Bomb" as your keywords and be amazed at what you'll find. I was amazed that I had to learn about this possibility from a Korean television drama, and not from my own government! Today it's not like it used to be in America: in earlier days the populace was trained in basic civil defense practices. Today we are completely and woefully unprepared for this catastrophic event, which many say could lead us back to the 1800's in our standard of living, not to mention killing millions of citizens. The script for this show was well researched and planned over four years. It's not a piece of fluff like you see in standard Korean romantic comedies. It's intense and totally gripping. 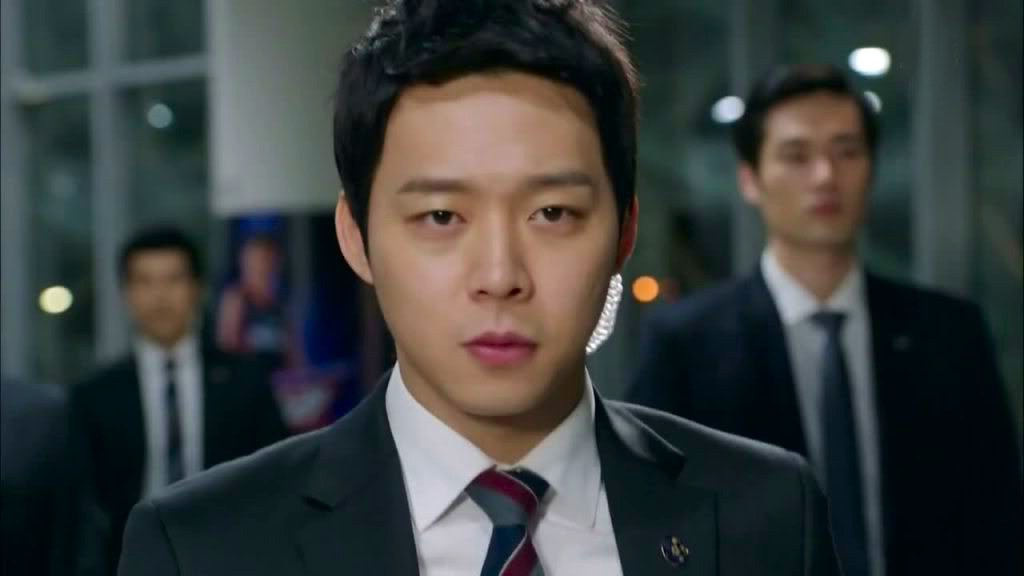 The number 3 in Three Days represents the three days of vacation the current President of South Korea plans to enjoy but which are disrupted by an attempt upon his life by snipers (I had to laugh at how many K-drama "fact" or "trivia" web sites don't even know what the 3 stands for in the title, they all get it wrong, they all copy each others' wrong information, and the truth is so simple! The drama begins on a March 3rd and ends up around March 15th. That's certainly more than 3 days! Do these people even watch these terrific dramas before they create web pages for them? What a waste. Anyway, you can always find the truth here, folks; if you want an in-depth, trustworthy scenario to read before you invest time in a program you can't do any better than the honest reviews on this web site!).

The drama boasts a top of the line ensemble cast, led by actor Yoochun "Mickey" Park, a wonderful, hard working actor who grew up in America and then returned to South Korea to pursue his performing goals, in both music and film and television series. He is probably best known for the charming fantasy romance Rooftop Prince and the unforgettable, brooding, and deeply emotional melodrama I Miss You. He plays a character here named Tae-Kyung Han, who is totally dedicated to his Secret Service job of protecting the South Korean President, named Dong-Whi Lee (played beautifully by actor Hyun-Joo Son), while at the same time trying to track down his own father's killers (who happen to be from the same group -- dubbed "Falcon" -- who want to kill the President of South Korea). Tae-Kyung's father had tried to protect confidential papers which could have shed some negative light on the President's past. But as with most political secrets they do not remain secrets for very long! One of the highlights of this show is seeing the character of the President ennobled by his heavy responsibilities as Chief Executive of the nation. Prior to his Presidency he had only been out for numero uno, himself, but once in office his character changes and grows and is humbled. I loved it. 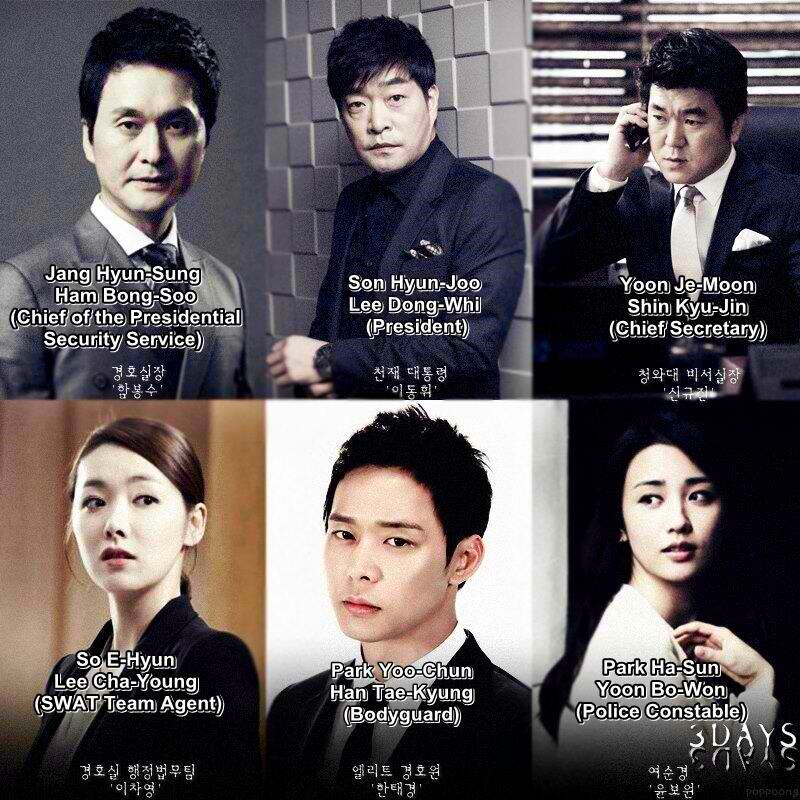 Tae-Kyung's boss, Chief of the Presidential Security Service Bong-Soo Ham (a fantastic performance by dynamic actor Hyun-Sung Jang), is Tae-Kyung's mentor, and in flashbacks we see the young recruit practically worshiping every word the Security Chief says ... to his own possible detriment later! Tae-Kyung trains hard to become an agent and is well regarded by everyone as the story begins. However, people who live in glass houses are usually severely tested somewhere along the way and this is what happens to Tae-Kyung, when sudden dramatic events cause him to begin to question the loyalty of those around him, including the beautiful SWAT Agent Cha-Young Lee (intelligent actress E-Hyun So from Who Are You?) and the Chief Secretary to the President Kyu-Jin Shin (rather creepy actor Je-Moon Yoon who played the psychopathic villain in King 2 Hearts). Who will really be loyal to the President, and who will reveal his or her true colors when they try to destroy him?

Personally I suspected who would be loyal and who would be a turn-coat early on, and kept watching to see if I would be proven correct. There was one main character I was most concerned about, however: the Chief Director of Presidential Bodyguards, Sang-Hee Kim (character actor Gil King Ahn from Queen Seondeok). He was so likeable and I kept asking my daughters, "Do you think he will betray the President? I don't." You'll have to watch and find out for yourself. 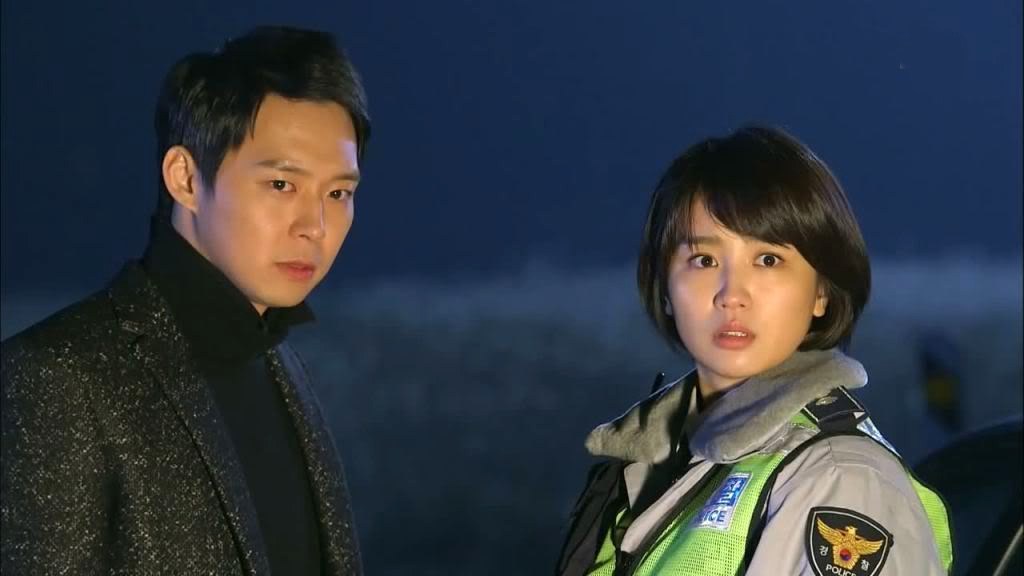 
The first person to come upon the dying father of Tae-Kyung in his wrecked vehicle is a country police constable named Bo Won Yoon (Ha Sun Park from Two Weeks and Temptation). She ends up being a priceless help to Tae-Kyung in countless ways, and she's even the first one to lay eyes upon the EMP bomb, though of course she has no idea what it is. After the president disappears they endure many dangers together in trying to find him and rescue him and restore him to the Blue House (the executive mansion of South Korea). I really love this actress. She's feisty and she has a very pretty smile that lights up her entire face. She was the only reason I could tolerate Temptation, since she was the most sympathetic character in that dire drama. 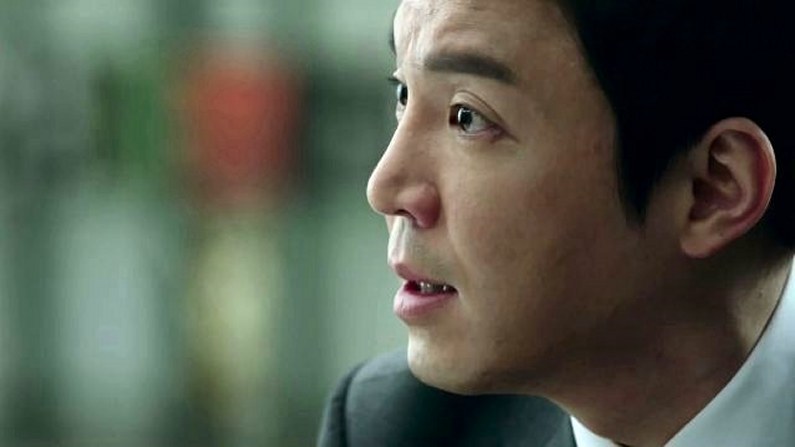 Our main shady villain behind the scenes, billionaire weapons financier Do-Jin Kim (played malevolently well by versatile actor Won-Young Choi from A Hundred Year Legacy, Love In Memory, Heirs, The Night Watchman's Journal, Twenty Again) always seems to be one step ahead of the President's Security team, and he knows secrets about the President's earlier life which might result in his impeachment if revealed. Like a puppet master he controls many people through blackmail and political threats. He's clearly insane - but strangely fun to watch at the same time! It was so stressful to watch his character here that I ended up taking higher doses of my blood pressure medicine because I was that rattled by him! ;) 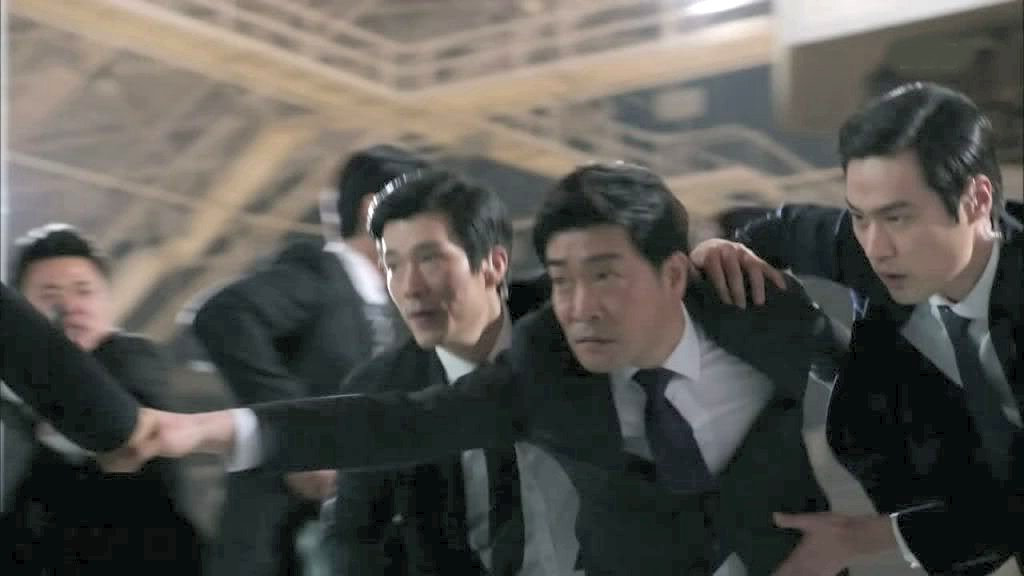 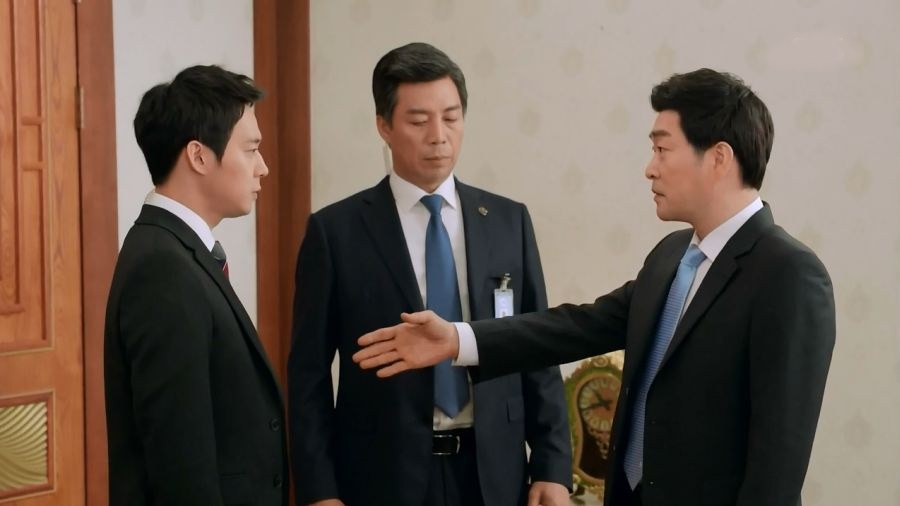 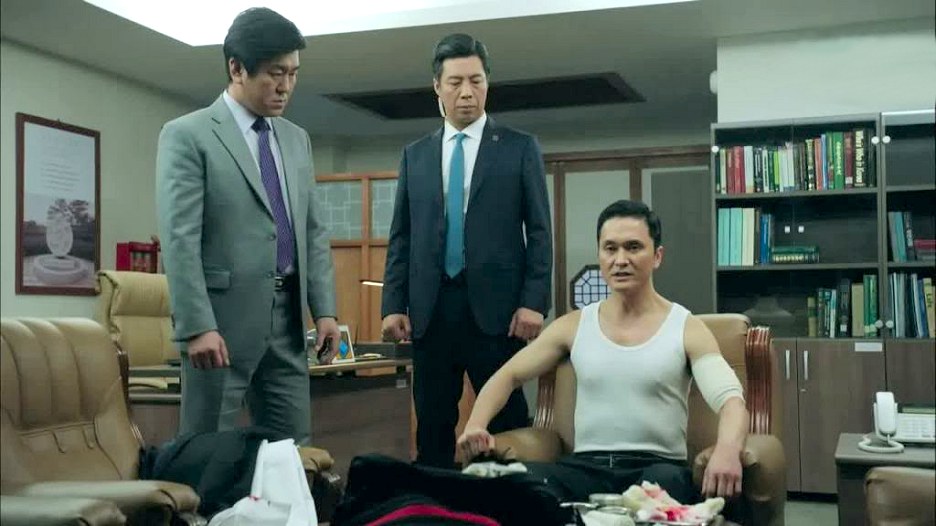 I enjoyed all these actors' performances!


Three Days is almost non-stop action. If you're a K-drama fan wife with a husband who is reluctant to try K-dramas because he thinks they're all silly romances then ask him to sit with you and just watch the first episode of Three Days. I promise you he will be hooked. I found it almost impossible to shut the TV off, even for sleep. It was that fascinating. My two daughters watched with me and that almost never happens, it's usually one or the other who will watch with me, not both together. They were fascinated by the Secret Service job requirements, the many car, truck, bus and train attack scenes, the EMP bombs, the bad guys' machinations and motives (which included two bad guy American assassins who were obviously played by Australian actors!), how the money corrupted lives and endangered people, who Tae-Kyung would feel closest to between the two female lead characters by the end of the show, and all the technology involved in protecting the President.

Three Days Love Song:
It's You, by Eun Ji (A Pink)


I saw a few lapses of logic, for instance why wouldn't the President's usual vacation home not have backup generators in case of blackouts of regular electricity sources? Even if not caused by an EMP bomb any loss of electricity at a place where a President is staying could have disastrous effects if someone were planning a terrorist attack, but no one prepared for that eventuality here? Hard to believe. Probably something overlooked by the hard working female writer Eun Hee Kim. Also I would dearly love to see Korean drama producers hire real Americans instead of Australians to represent our country. Their accents are always off; perhaps they can't hear the differences. I'm sure the reason is it's cheaper to fly Aussie actors to Korea than it is to fly them from across the world from America, but still, if they want 100% authenticity they should strive for realism as much as possible. 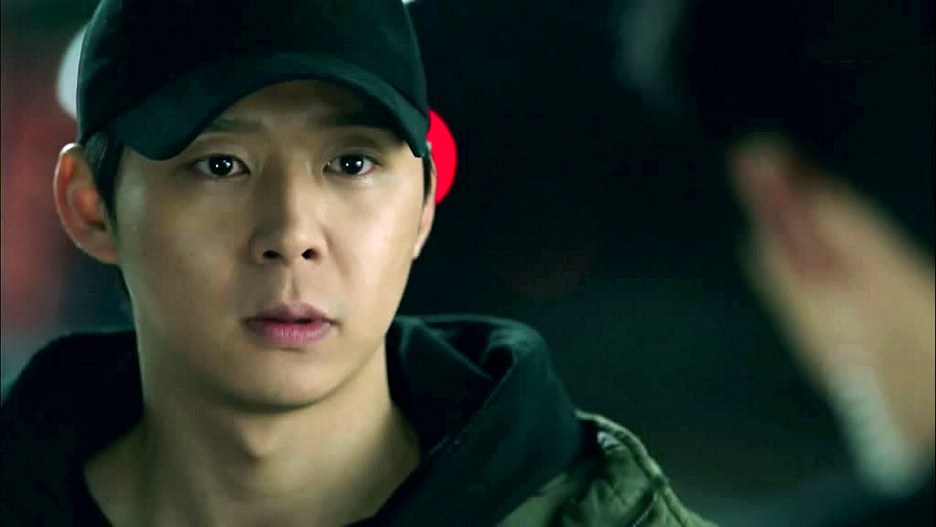 
I was mostly impressed with actor Yoochun. I know he has asthma in real life, and he didn't have any body doubles for Three Days. He began preparations for his fight scenes in this show six months prior to the shooting schedule so they are powerful to watch. In every one of his fight scenes I worried about his health. I guess I'm just a mother hen when it comes to my favorite Korean actors. Now he's off to do his two year military stint, and I'm going to miss him. I am sure I will be re-watching this drama again someday, just to see another one of his brilliant performances once again. 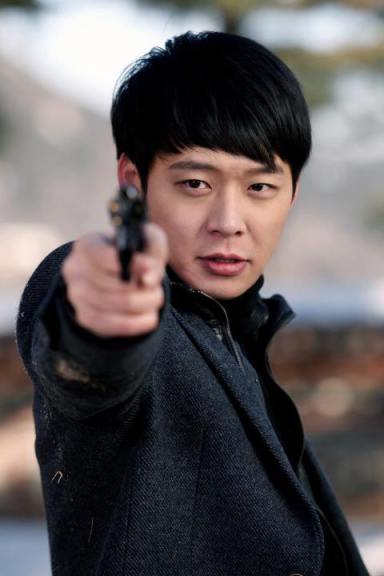 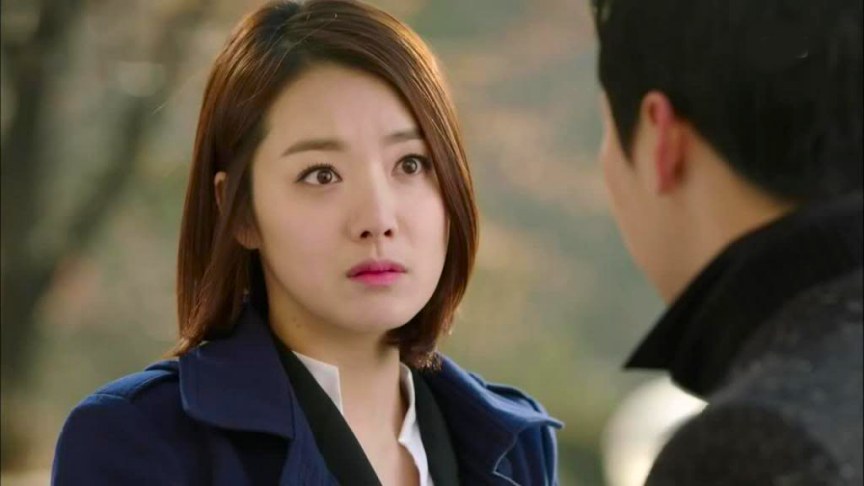 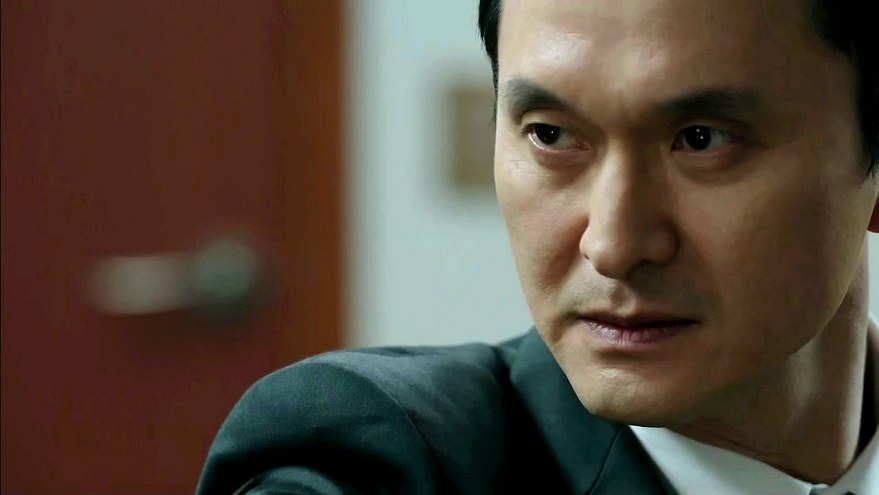 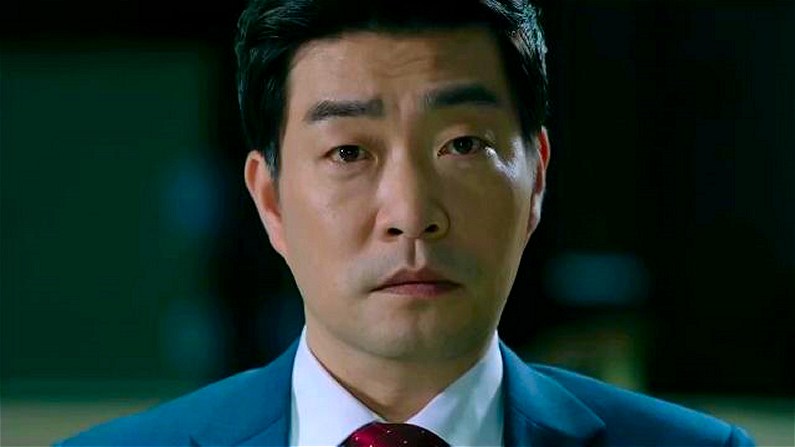 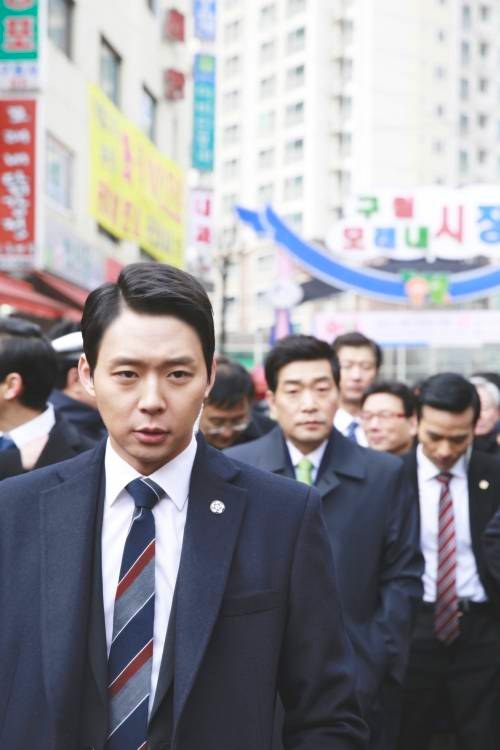 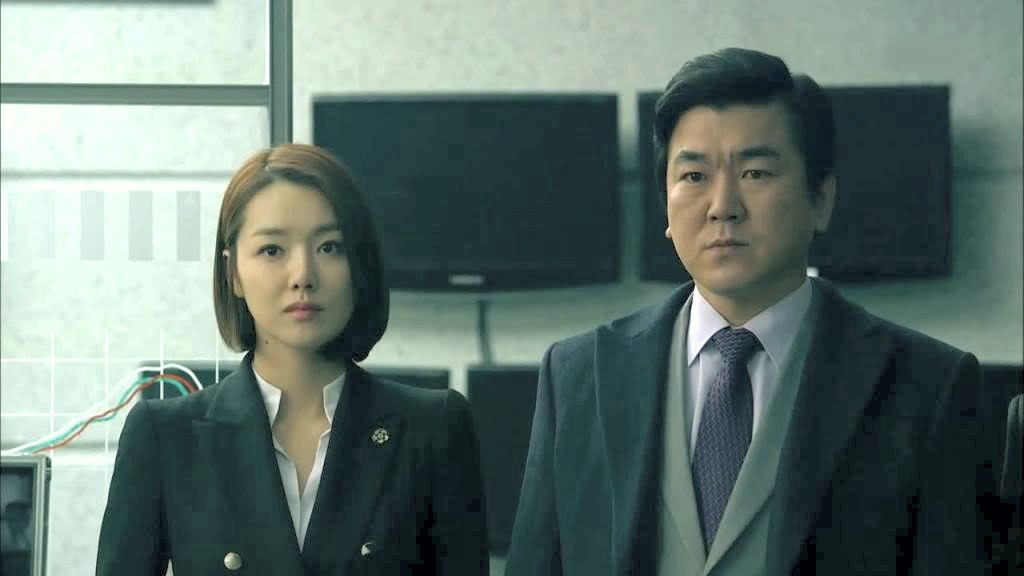 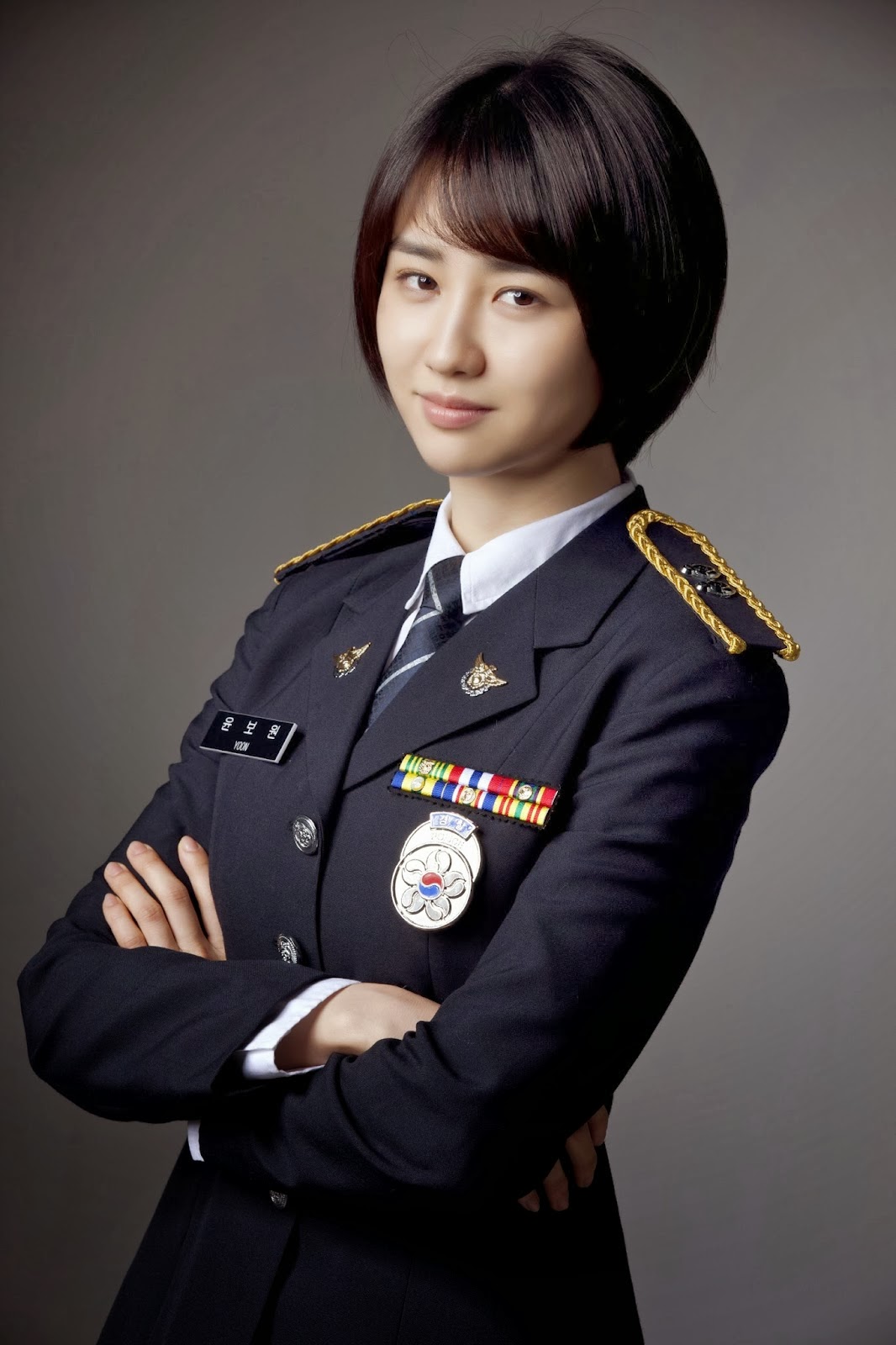 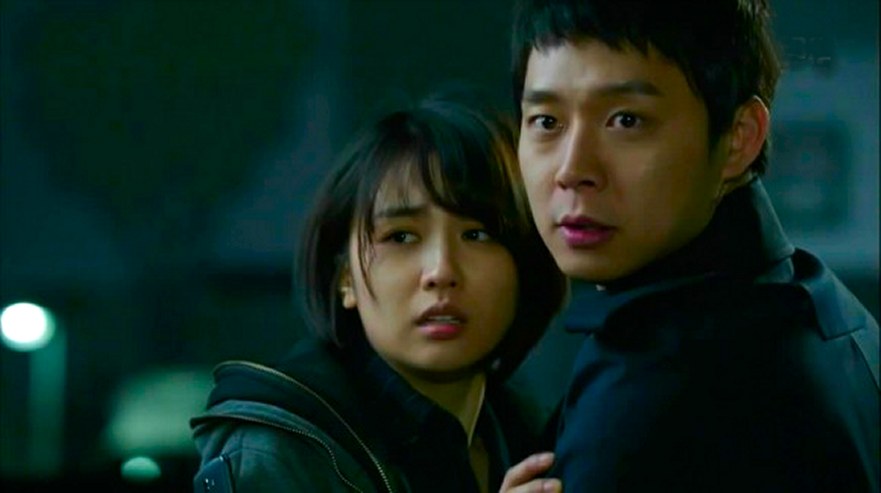