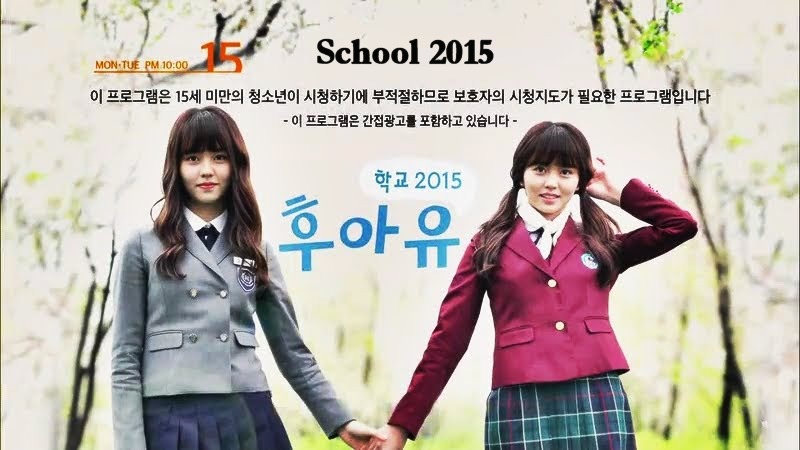 I've been watching teen actress Kim So Yeon growing up for a decade now, in all kinds of roles, from the time when she had a tiny part as a dimpled cherub in 2007's Que Sera, Sera and in 2010's ratings' blockbuster Baker King Kim Tak Gu up through later more complex roles in The Suspicious Housekeeper, I Hear Your Voice, Nightmare Teacher, Goblin, While You Were Sleeping and Ruler: Master Of The Mask as well as the movie The Last Princess, playing a young Ye Jin Son (she fit well, both are stunning women).

So honestly, even though I was not in the mood for another teen drama, I decided to watch School 2015 just because she was in it. This drama was another in a long series of "School" dramas, beginning in the year 1999, and featuring up and coming teen actors who went on to become more famous grown up actors.

Are You Getting Parent Trap Deja Vu?
2 Separate Films Are Spliced Together

Youthful, fresh, sometimes witty, and with just the right amount of serious teenage angst weaved into the story, School 2015, is an engaging viewing experience, mainly because of Miss Kim's wonderful presence, charms, and perfect acting skills. On top of the typical teen problems the show addresses, such as bullying, it layers in a missing-twin-swapped-lives arc that amps up the dramatic tension. Add on an unusual love triangle which keeps you glued to the story and you'll probably not be bored, even if you are an older viewer fan like I am.

Some have complained about an ending here that seems to lose steam but to me that's just an artistic way of summing up the entire drama. Chuno, my top favorite K-drama of all time, ended with a similar artistic ending that confused many people in the West, as well as did That Winter, The Wind Blows. Too many people wrongly thought the lead couple died but it was not the case. They wanted Du Re Mi and Maestro to walk off into the sunset together hand in hand in Beethoven Virus, instead of the much more realistic ending the writers gave it, knowing the character of Maestro was basically a confirmed bachelor and loner, no matter how much he cared about a woman. 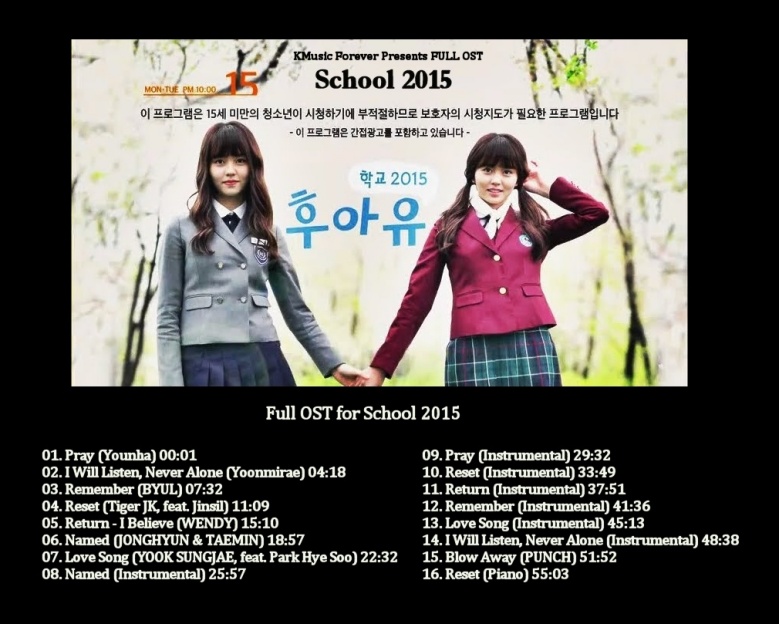 American viewers are just not used to poetical endings that leave some questions unanswered. They want everything to end with a big kiss scene, swelling happy music, and a pretty pink bow tied around the entire production. They always seem to want what Audrey Hepburn described in Love In The Afternoon (1957): people stowing away on a zeppelin with everyone singing like mad! When K-dramas want to end a show a bit more seriously some fans freak. It's too bad. I don't want cookie cutter, I prefer originality. 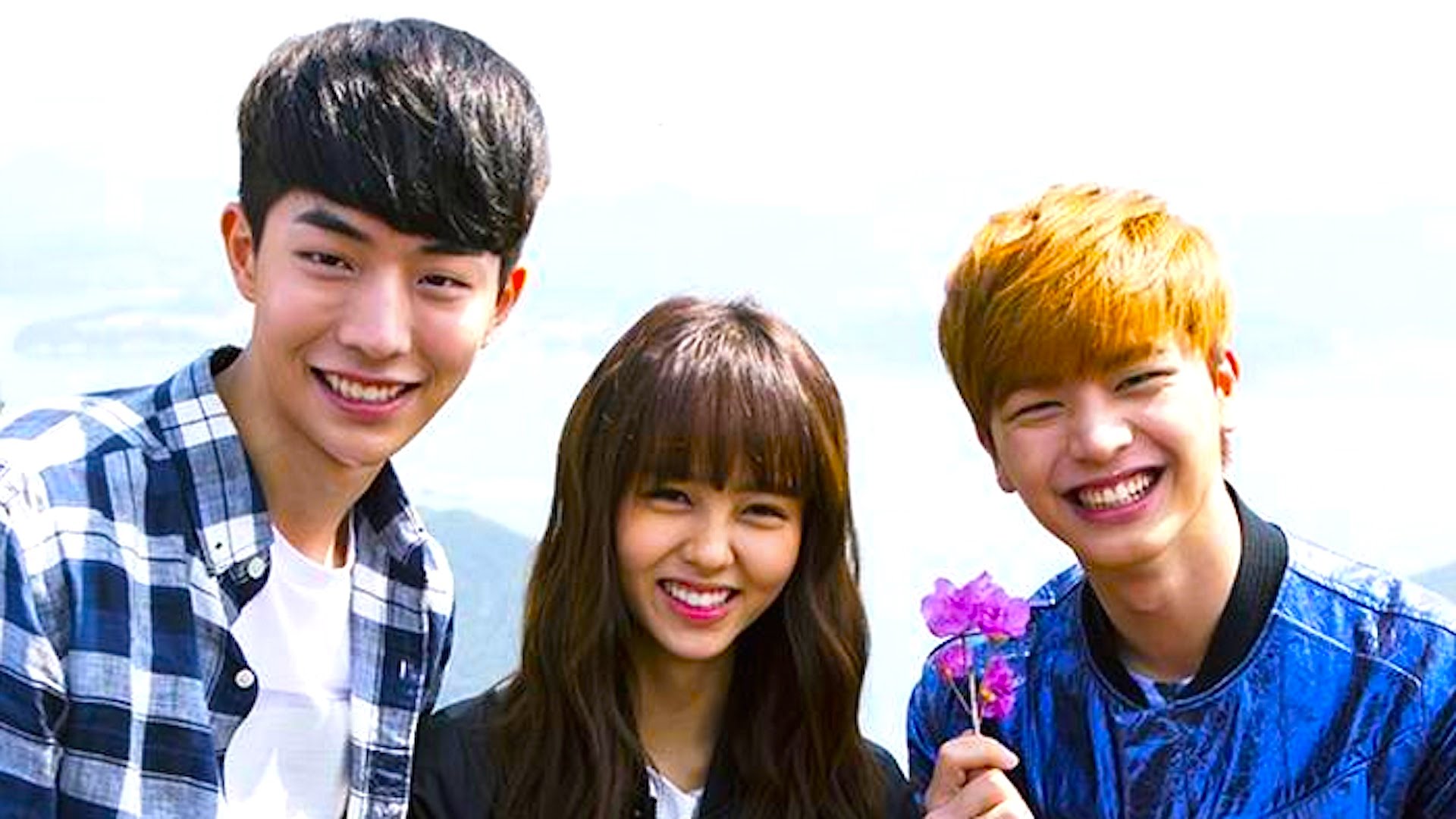 Teens Go Eun Byul and Lee Eun Bi (both played by Kim So Hyun) are identical twins, separated after family troubles -- one was adopted out at the age of five to another family, and the other essentially orphaned. Eun Bi lives at the Love House, an orphanage in Tongyeong, South Gyeongsang Province, where the younger residents look up to her as a mother figure. However, she hides the fact that she is bullied at school by a gang of mean girls led by Kang So Young (Jo Soo Hyang), while teachers turn a blind eye.

On the other hand, Eun Byul is studying at Sekang High School, the most prestigious private high school in Seoul's Gangnam District. Eun Byul is attracted to a handsome boy named Han Yi An (Nam Joo Hyuk), the school's star swimmer.

Only Eun Byul is aware of the other sister's existence. Unlike the usually cheerful Eun Bi, Eun Byul is prickly, quiet, and secretive.

One day, on a school field trip to Tongyeong, Eun Byul mysteriously disappears. At the same time, Eun Bi, trying so hard to be upbeat and positive in life, is set up by the mean girls who want to get rid of her, and she is unjustly expelled from her school. Feeling hopeless, she jumps off a bridge in a suicide attempt, but it doesn't work.

Ten days later, the injured amnesiac Eun Bi reappears, is mistaken for her disappeared twin, Eun Byul, and her adoptive mother takes her home to Seoul, where she starts living as Eun Byul. However, her memory eventually returns, but will she inform everyone of her real identity? She has a cushy life now and no longer seen as an orphan. 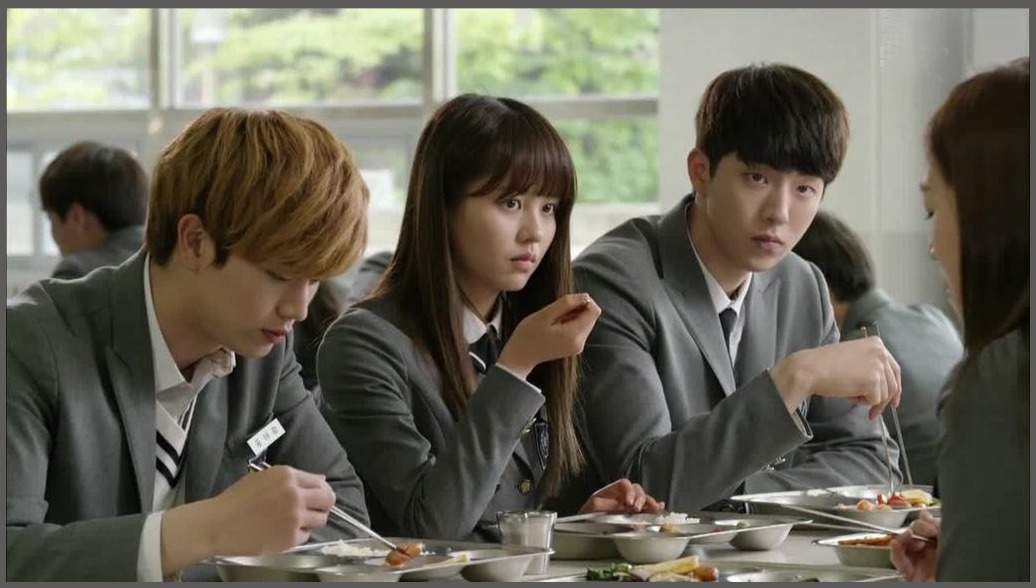 Eun Bi faces many challenges, as troublemaker Kang So Young transfers to Sekang High School (of course!), and tries to reveal her real identity, as well as using her Dad's high position to make Eun Bi transfer from this school now, too.

Luckily, blonde haired (for a time) character Gong Tae Kwang (Yook Sung Jae), Eun Bi's classmate and a strong personality in his own right, protects her whenever So Young tries to bully her. Eun Bi also stands up to So Young this time, ruining her secret plans to have her transferred to another school. Eun Bi finally tells Tae Kwang her real identity, and Tae Kwang becomes the only person Eun Bi fully trusts. He eventually begins to develop feelings for her, and she for him. (Which I was glad to see, they went well together).

But what about the real Eun Byul? Will we ever have both twin sisters finally reunite, and become a real family together, or not? 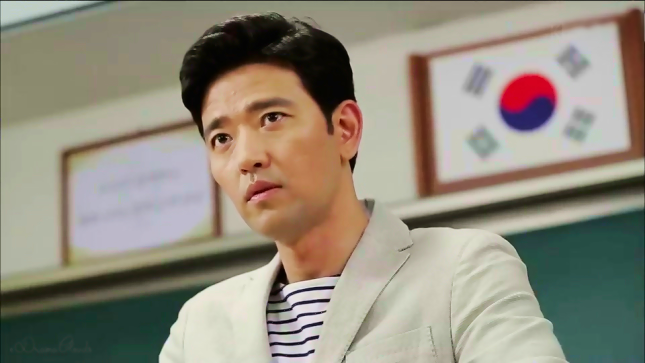 I won't reveal the ending but I am not one of those who was disappointed in it. Watch the show and make up your own mind. This is one of Kim So Hyun's best performances -- it's difficult to play a dual role in one show but she carries herself masterfully through it all. What a girl! I love her. Oh, I should also add that those K-drama fans who love Bae Soo Bin (49 Days) get to see him again: he plays a teacher cameo in the last episode 16. Mmm mmm mmm, it was so good to see him. 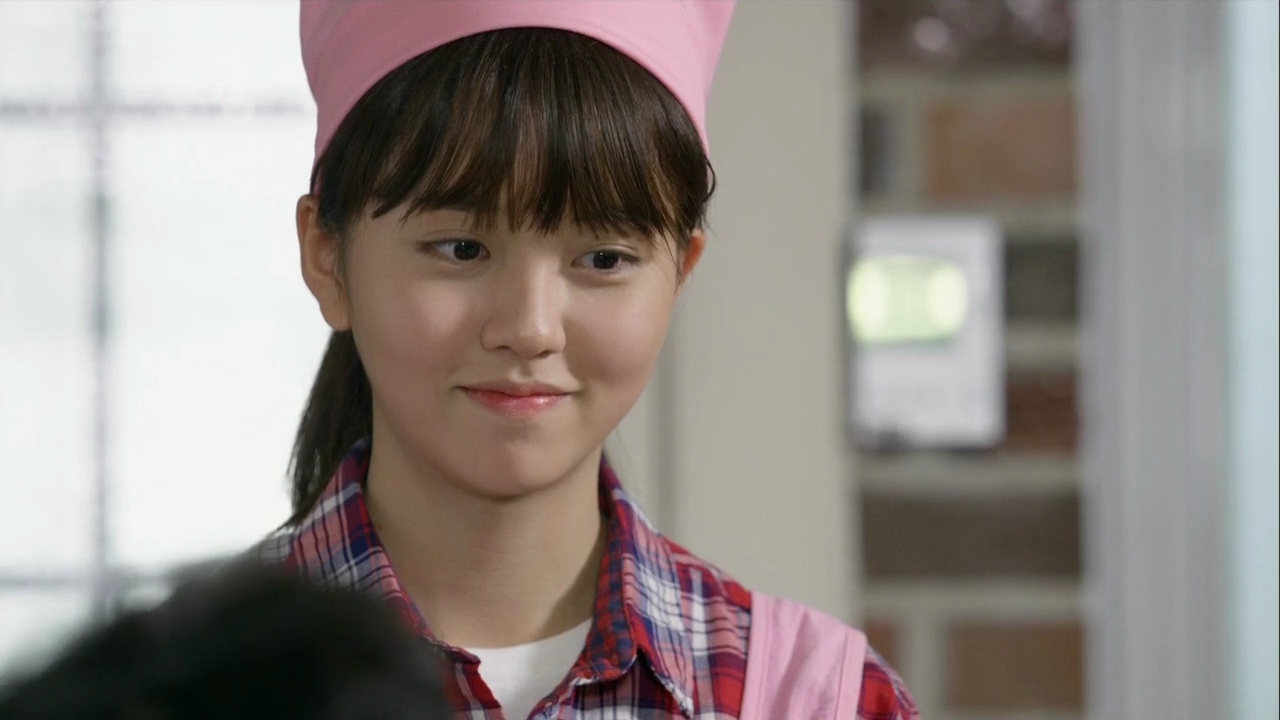 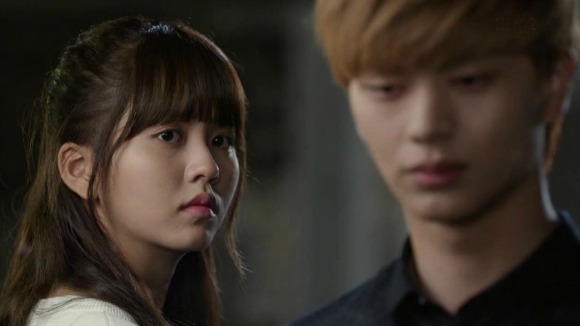 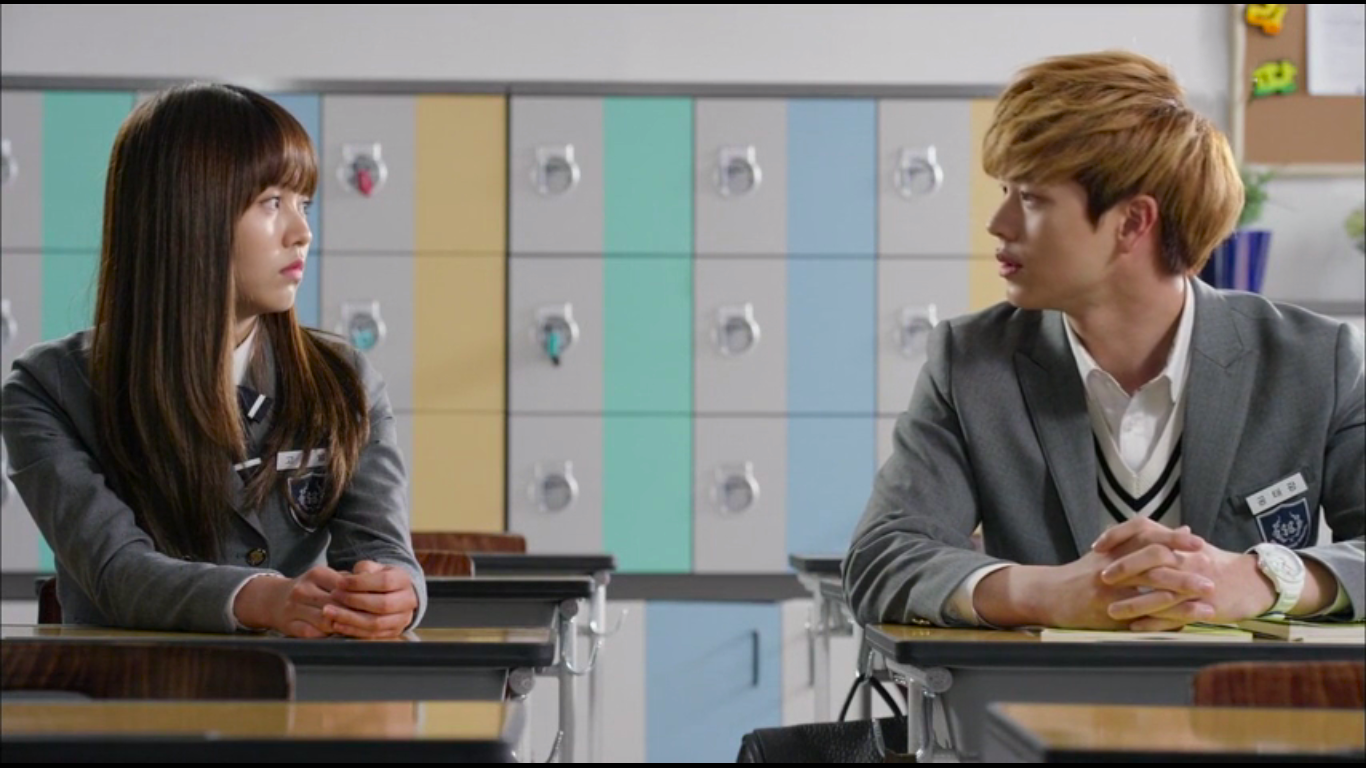 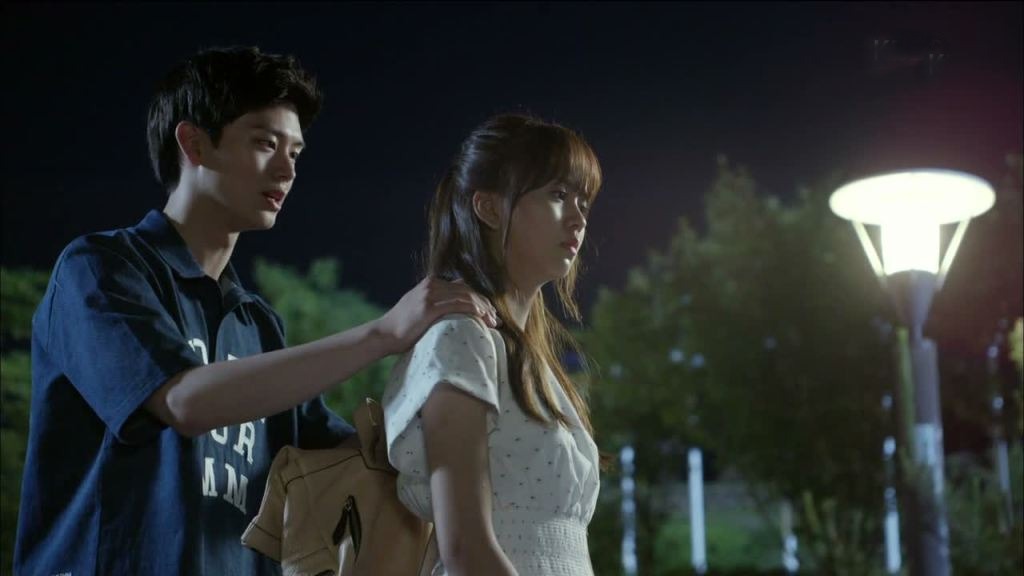 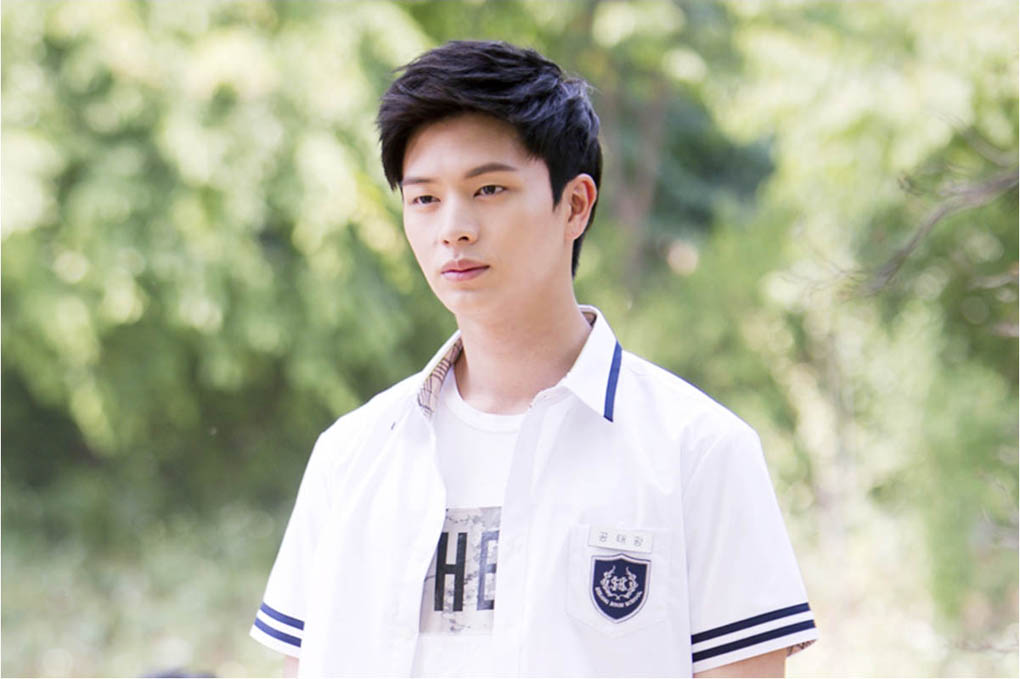 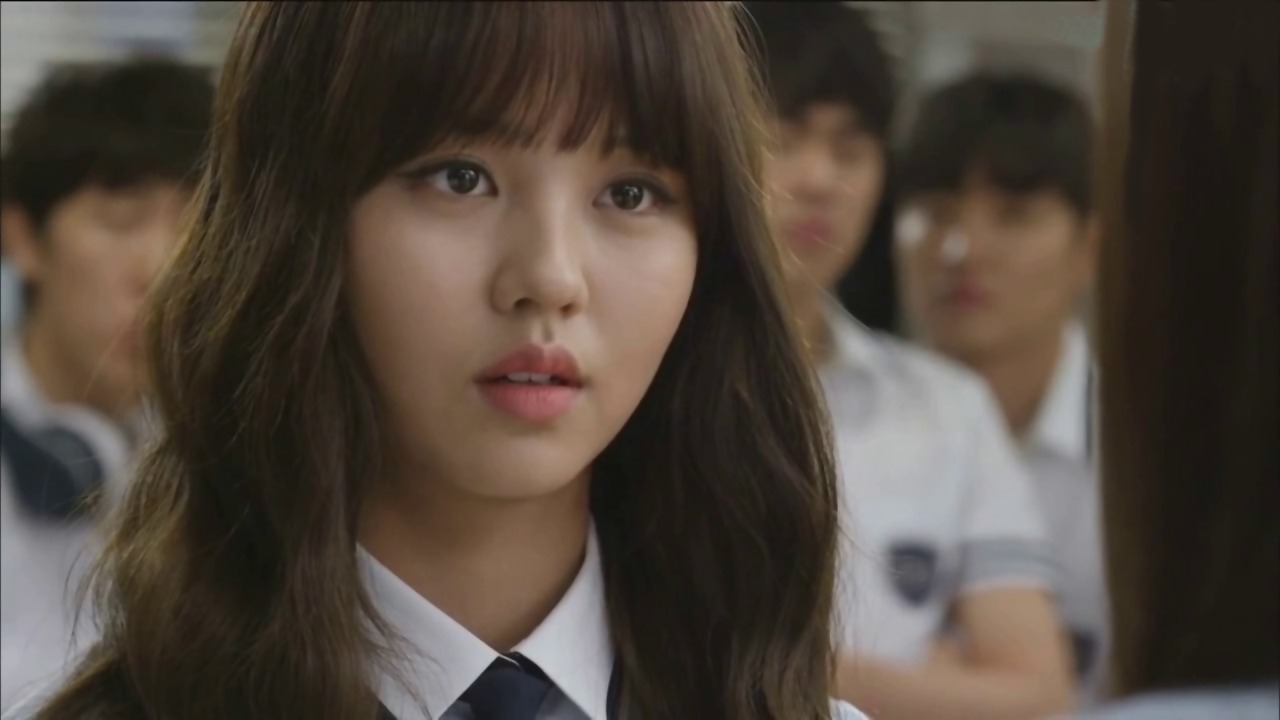