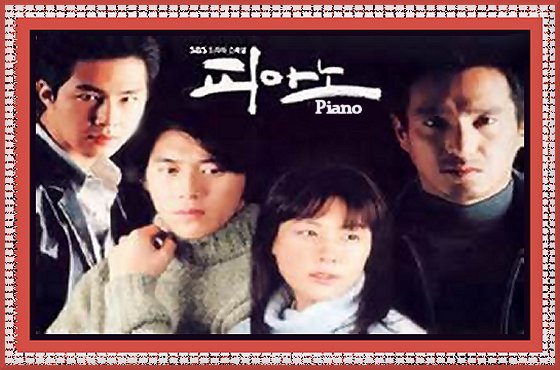 Quite simply, I watched Piano (2001) for its stars, Jo In Sung (That Winter The Wind Blows, It's Okay That's Love, Shoot For The Star) in his second drama, when he was only twenty years old, mature actor Jo Jae Hyun (Snowman, Syndrome), young Kim Ha Neul (A Gentleman's Dignity, film Ditto), and Go Soo (Empire Of Gold, Will It Snow At Christmas?, films The Royal Tailor, Love 119), all of whom I have loved in other K-dramas and K-films like the ones mentioned. Despite its age I was curious to see how they all would look and fare in this classic. In a word? FANTASTIC! 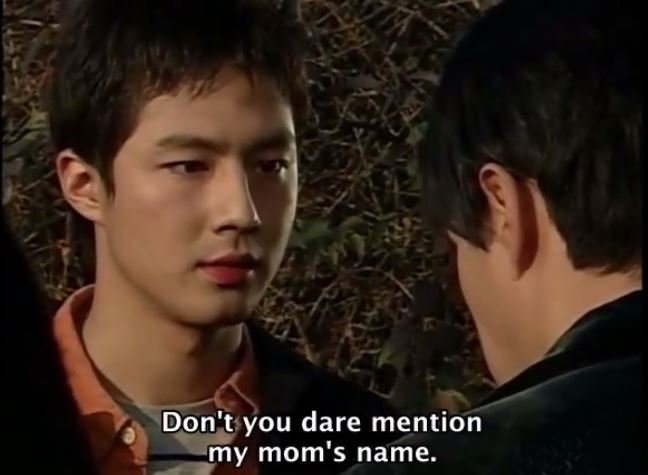 Then there was a huge surprise: a fabulous boy actor named Kim Young Chan playing Jo In Sung's child in the story, who stole EVERY scene he was in from the grownups, playing a mentally handicapped child so profoundly brilliantly that I was in total awe of him and moved to tears many times; my jaw would often drop down in amazement while watching him. All the acting was superb, but this young boy stole the show. I was reminded how the young girl actress Seo Shin Ae in Thank You often did similar scene stealing when she was in scenes with the grownup actors and actresses: your eyes just naturally gravitated to her over anyone else! Was it American comedian WC Fields who said to never act opposite children and animals, that they'll always upstage you? Well, there must be something to that because I've often noticed that phenomena myself.

Get a load of this kid in the video! Incredible Acting! Can't believe he would be in his twenties now. How time flies! Maybe once he's done with college he'll come back to acting. I hope so, he's a natural talent, and that doesn't die out with age.

The story of Piano was Melodrama Deluxe, hardly any let up at all in the angst of the story. There is Christian forgiveness and redemption eventually but even that is delivered in bittersweet tones. If you desire to watch a happy, lighthearted show, THIS IS NOT IT! However, if you want a gritty and realistic one, or if you are a Christian who likes to watch a rare depiction of how the Bible can turn a person from a life of crime to one of humble servitude, put it on your queue. I've seen over 560 K-dramas as of this writing, and have never seen another one with this powerful a testimony. Thank God for Korean television where Christianity is not seen as an aberration, as opposed to modern day Hellyweird, which paints everything BUT Christianity as something beautiful!

Eok Kwan Han (Jo Jae Hyun) is a petty gangster in the city of Busan. When there is a fall out with his gang, Eok Kwan is exiled from the group, leaving the nasty head of the gang, Dok Sa (Lee Jae Young) in charge. An old lover contacts Eok Kwan to meet her in Seoul, but when he arrives to the planned location of their meeting he only finds a ten year old boy sitting there, claiming to be his son. His name is Jae Soo (Kim Hak Joon). At first Eok Kwan, hard up for funds since being kicked out of the gang, seeks to abandon Jae Soo, but at the last minute he finds he doesn't have the heart to do it and he takes the boy back to Busan with him and starts to raise him. He finally does something right and the path of his life is changed permanently. 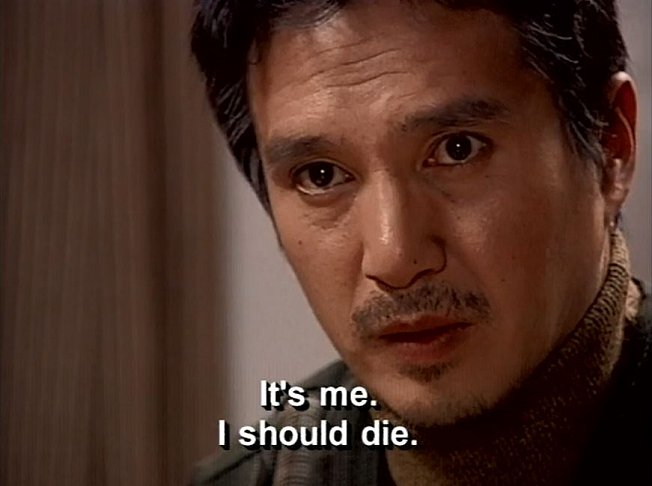 This is the happiest time of Eok Kwan's life: he finds he enjoys family life and tries various odd jobs to support his new family. His wife upgrades an old building for her piano teaching institute. Unfortunately, his step-children secretly resent his influence on their mother's life, and when, tragically, there is a boating accident which claims the life of his wife, the children try to run away from him. They don't want him to be their Daddy anymore. They blame him for their mother's death, even though the accident wasn't his fault. Hye Rim's last request of Eok Kwan before she died was to please take care of all the children and keep them together as a family. Determined to honor his beloved wife's last request he raises all the children as best he can. It's not easy, and he gets his first grey hairs.

Years pass and all three kids are now young adults. Eok Kwan has no idea that his biological son Jae Soo (now Go Soo) and his step-daughter Soo Ah (now Kim Ha Neul), not related by blood of course, have secretly fallen in love, and that his step-son Kyung Ho (now Jo In Sung) tends to be on the wild side while not at home. They keep a lot from Daddy! Jae Soo wants to be a doctor, and Soo Ah works in a record-CD store. Kyung Ho, not too bright, slowly finishes school with poor grades and can't wait to be free and to do what he wants. 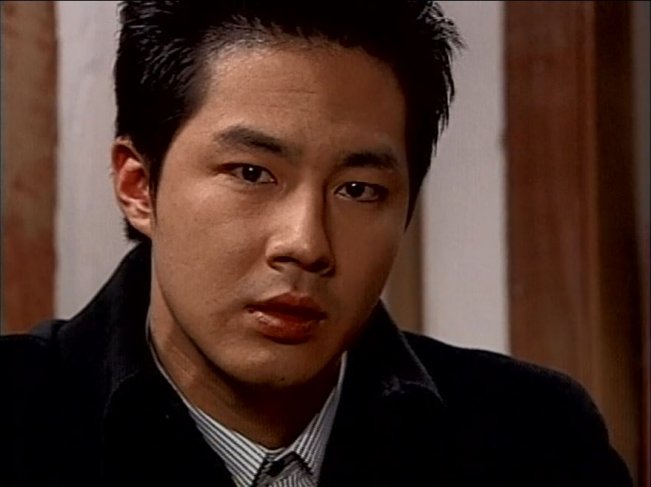 Troubled Kyung Ho, deep down, does have the potential to be good, but his step-father has spoiled him with too much love. When a creep attempts to rape his pretty sister Soo Ah, Kyung Ho kills him. Jae Soo, ever the chivalrous one, takes the rap for his step-brother, since he has lived such a clean life and would receive a much shorter sentence than troubled Kyung Ho. Kyung Ho flees to Seoul, upsetting his father, and gets involved with gang activities and fast women. 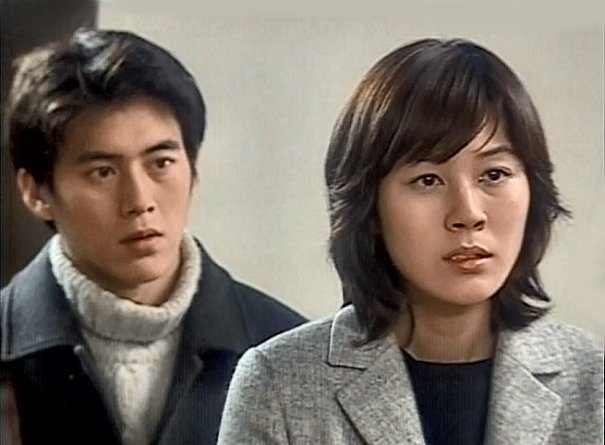 More time passes and Kyung Ho returns to Busan, Jae Soo gets out of jail and works hard to become a doctor, and Soo Ah continues to be a working girl. The step-siblings still love each other but suppress their feelings so as not to upset Daddy. An older man likes Soo Ah, but while she is kind to him, she makes it clear she isn't interested in him. Kyung Ho falls right back into old patterns, even getting sucked up into the same gang his step-father had worked for all those years ago, headed by the evil Dok Sa. Will he have any hope to escape this criminal underworld and lead a clean life?

In all this time Eok Kwan has become a Christian after someone hands him a Bible and he starts to read it. He opens a bakery and runs his own business, and he has new friends and neighbors who are Christians. Then history repeats itself and the troubled Kyung Ho is told he has his own ten year old biological and illegitimate son named Jae Min (Kim Young Chan); he resents at first having to take him under his wing, but slowly he starts to care for and love his child, especially since it's obvious the child has some form of mental slowness, perhaps autism or Asperger's. However he is a cheerful child despite his affliction and everyone loves him.

Adorable Kim Young Chan as Jae Min
practically made the show for me!

Eok Kwan is proud to have a grandson and often takes care of him when Kyung Ho reverts to his wild side again and again. Will the child be able to change Kyung Ho permanently to get away from the gangsters and finally live a clean life? The more Kyung Ho loves his boy the more likely it seems to be going to happen -- but no one has really wanted to accept the vicious evil nature of gang leader Dok Sa and his ambition to destroy Eok Kwan and all his family out of revenge, even going as far as kidnapping little Jae Min.

As Soo Ah and Jae Soo grow older they
become more stable, whereas Kyung Ho
sadly continues to spiral out of control

To me the main theme of this drama was to HONOR THY PARENTS. The kids / adults in this story had a lot of trouble doing that -- instead of thanking a man who loved them all desperately and sacrificially they blamed him for all kinds of problems that were not his fault. 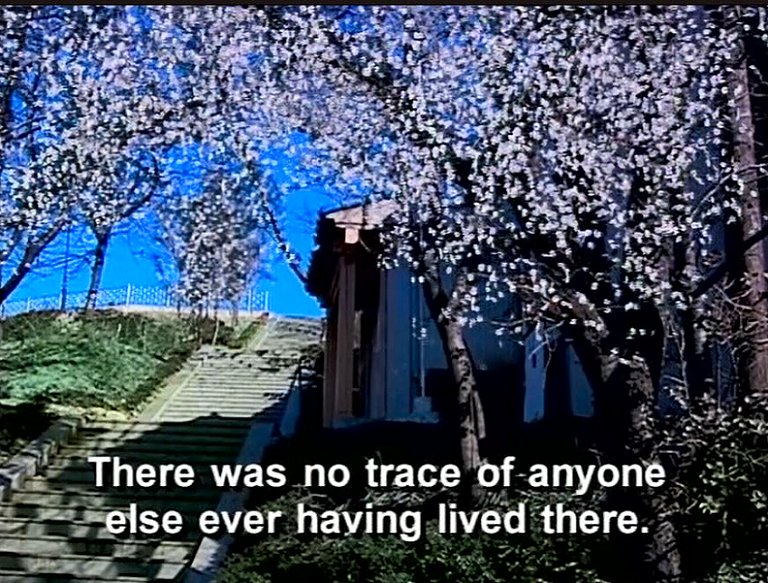 This same spot was featured
in a scene in Goblin (2016)

Piano is a very old-fashioned type of Korean drama and it was so popular it reached over 40% ratings in Korea when it aired (but yet, today, practically no one watches it anymore -- it's too "old", they say. Bah humbug! Bet they never watch classic b/w movies either! These stories are never old, they are TIMELESS).

Even though Piano was dark in tone, most of the time, if you like a straight melodrama, in general, then you won't find a classic as melodramatic as THIS baby, so go to it! Enjoy! :)