Perhaps Love
사랑한다면 이들처럼 aka If In Love, Like Them
(2008) MNet and SBS 4 Episodes
Romance, Grade: B+ 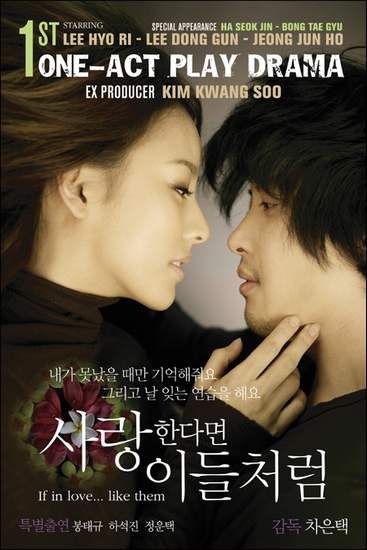 Perhaps Love (2008) is a movingly bittersweet Korean drama that was only 4 episodes long, so it won't take up much of your time, yet it still will entertain you and make you feel close to the characters. I suspect it was created as a sympathetic acting vehicle for the popular singer Lee Hyo Ri, and she does give a nice performance here as a young lady who finds love in an unexpected place (a hospital!). Her male co-star, Lee Dong Gun, is also a singer and Hallyu star actor with a lot more acting experience (Stained Glass, Friends, Ruler Of Your Own World, Super Daddy 10, Lovers In Paris) and they are both joined with fellow cast member, enigmatic actor Joon Ho Jung (who was so chilling a year later as Byung Hun Lee's rival in IRIS), as the young lady's shady business manager. This drama holds a special place in my heart because when I first watched it nine years ago I screamed with laughter during a certain train scene and my kids heard me enjoying something and came running. "We want to do that, too!" they laughed, and so I checked the train station, we went down to it and did the same thing the two main characters do in episode 2 of this drama. It was strangely cathartic and a funny memory for our family. It was also amazing to learn that Lee Dong Gun saved Lee Hyo Ri's life at one point filming this drama: they were filming a rooftop scene and her leg fell under a section of a sudden roof collapse which sent her hurtling backwards. Lee Dong Gun grabbed her to him, preventing her from falling through the sudden crack. What a great guy! No wonder why she trusted him for the bungee jumping scene in episode 4!!!

This drama was rather hard to find and had some weird broken English title on an obscure website but now it's on YouTube if you'd like to watch it here, below. Enjoy. To read the review scroll down below the Video Playlist. All four episodes are here in the Playlist, one after the other.


The Story: Na Lee (Hyo Ri Lee) plays a professional singer (of course!) who has hidden her true identity by wearing various disguises while performing, but she is about to reveal her face for the first time on a nationwide broadcast when she suddenly faints in the lady's room, allowing another singer to take her place on stage. When that woman's face is revealed during the performance everyone assumes that it's Na Lee. This other woman becomes a hit instead! 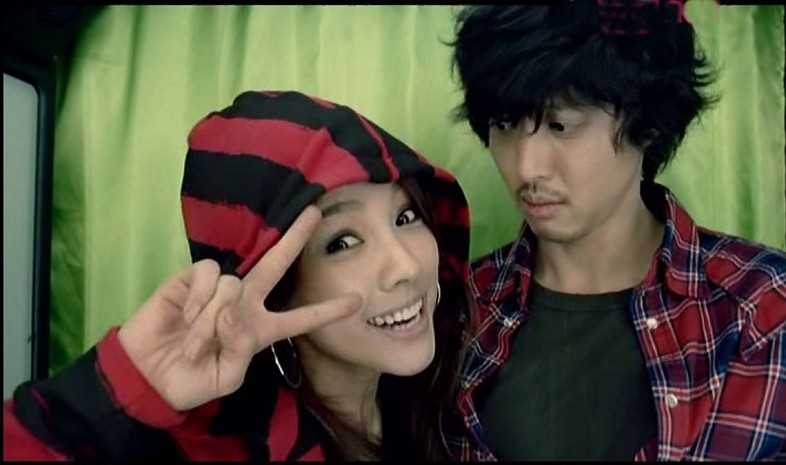 Na Lee is rushed to the local hospital and is eventually discovered to suffer from leukemia. While she is being wheeled into the emergency room a male patient named Tae Jung (Dong Gun Lee), victim of a building collapse, is wheeled in unconscious at the same time and their hands touch briefly as their gurneys are moved within close proximity to one another. Tae Jung is a loan shark who was holding onto a briefcase loaded with money when the department store he was in suddenly began collapsing. It took rescuers a week to find him alive under all the rubble - the briefcase filled with money is missing! - and he becomes a media sensation when he is discovered. While in the hospital recovering from his wounds, his doctor informs Tae Jung that he has been diagnosed with an inoperable cancerous brain tumor, and he has only a short time to live. The news devastates him, but after he begs the doctor to try and save him and receives an answer that it is not possible, he stoically comes to terms with his fate and determines to live out the rest of his life fully and beautifully, away from the loan shark lifestyle that had corrupted him.


Ironically, Na Lee's and Tae Jung's hospital rooms are right next to one another. As both Na Lee and Tae Jung try to recover they happen to meet on the rooftop of the hospital and begin chatting and getting to know one another; it's pretty obvious he is attracted to her immediately but she takes a while to warm to him (he seems too forward to her at first, which puts her on her guard). When both are released from the hospital they begin to spend a lot of time together doing fun things, and relaxing together during road trips. In one amazing sequence they actually go bungee jumping together (with Rod Stewart's great version of It's A Heartache playing in the background). Yikes! I think my jaw dropped to the floor during that scene, it scared the life out of me because there was no warning that they were going to do it (but it also gave me goosebumps because it was so beautiful). 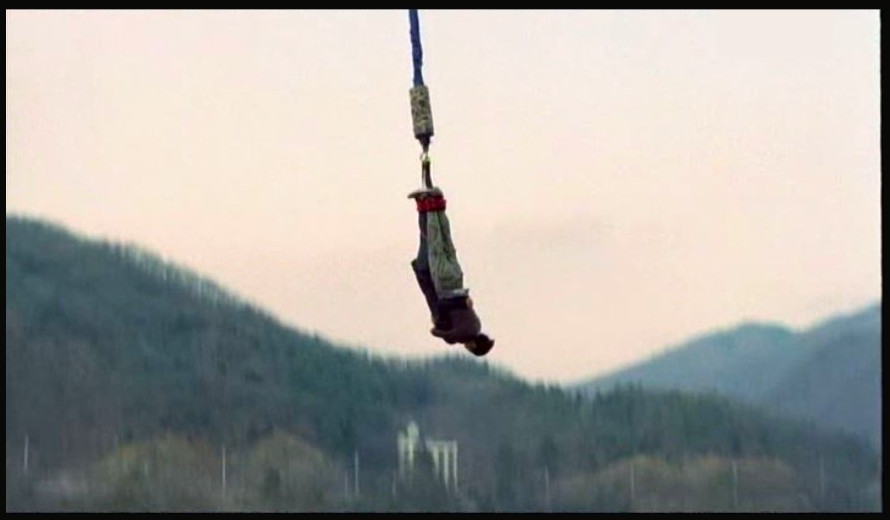 Problems and people from their past do tragically intervene on their new-found happiness (for instance, Tae Jung's boss wants that money back that went missing in the building collapse, and Na Lee's manager becomes jealous of her new relationship with Tae Jung). Will both of them die, or only one, or will both survive? No matter what the ultimate outcome is we never doubt, however, that this couple truly love one another, and it's heartwarming to see them create their own little emotional love nest together, knowing their time together is short.

I never expected going in to it that this 4 episode, rather simple K-drama would be the best show I ever saw, but I still enjoyed it very much. Some of the nicest scenes are of Lee Hyo Ri and Lee Dong Gun singing songs in English. If you like these actors definitely don't miss it.

Where's our handsome fellow? I know he's under there somewhere!


My ONLY real criticism of this show has nothing to do with the story line or its production values, but rather with how actor Lee Dong Gun's appearance comes across as an unkempt, disheveled, scruffy, and rather klutzy character. This actor is physically gorgeous to look at, he's smooth, he's sophisticated in real life, and I think the producers did a great disservice to him by making him look like he never bathed, got a haircut or shaved during this show. I kept blinking at the screen, trying to find that handsome man that I knew was there underneath the ragged appearance! Other comments I've read from people who have watched this show say the same thing. If someone is that good-looking, please don't hide it! The audience will feel deprived, and you don't want that when putting on a show! :)