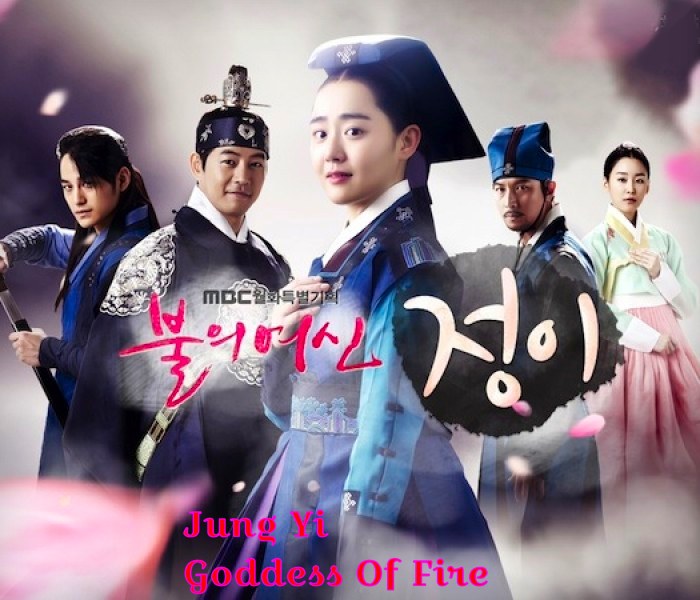 A smooth-flowing MBC romantic historical drama from 2013, Jung Yi Goddess Of Fire possesses many merits, including gorgeous set designs and beautiful costumes, a haunting soundtrack, lovely cinematography, and a perfect cast -- each of them brought a lot of passion and sincerity to their roles, and amazingly enough I watched its 32 episodes in just a few days without once becoming bored. This is only the second K-drama series I have watched that went over 30 episodes.

The story is loosely based on a real woman's life story, a 16th century historical figure named Pa Sun Baek, renowned as the first female potter and porcelain artist appointed by royalty in the Joseon Dynasty. Her beautifully glazed creations were much prized, especially by the often invading Japanese, a situation which in real life caused her eventually to be kidnapped and taken to Japan where she was put to work for the Emperors. The Japanese eventually even created a shrine in her name, she was that respected. I'm not sure why they renamed her Jung Yi for this drama -- perhaps modern storytellers thought the name Jung Yi sounded prettier than Pa Sun. Whatever the reason, our lead actress is the main reason to watch this entertaining sageuk: Korea's "Little Sister", Geun Young Moon, from the classic 2003 film A Tale Of Two Sisters. She presents a woman both emotional and ambitious, romantic yet capable of shrewd wisdom in dealing with the men in authority of her day.

Legend has it that her mother was a potter and that Jung Yi was born in a kiln. In our story her conception is due to a rape by the hardhearted head of the royal potters named Gang Chun Lee (actor Jun Kwang Ryul from I Miss You) who lusts after the woman,.and when Jung Yi is born her mother dies and another man, a good and gentle potter named Eul Dam Yoo (Lee Jong Won from Master's Sun) raises her. She grows up thinking this kind man is her real father and not for several years does she learn the horrible truth of her birth. Jung Yi is surrounded by love and support growing up (in childhood she is played by pretty Jin Ji Hee of The Moon Embracing The Sun), and also the devoted affection of a surrogate brother who grows up along with her and becomes her friend and bodyguard to protect her from harm. 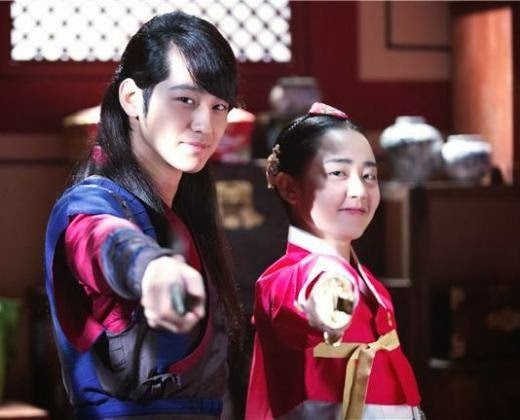 The "brother", called Tae Do, is played by incredibly handsome actor Kim Bum of Boys Over Flowers, Padam Padam, and That Winter The WInd Blows. The romantic chemistry between Geun Young Moon and Kim Bum was palatable on the screen and overflowed into real life: the two announced a romantic relationship off screen, and after the show was completed they went on a trip to Europe together. They eventually announced an amicable break up in 2014, but we are still left with this beautiful story where their affection for one another is very clear to see. It was nice to see a male character devoted to one woman in a chaste and chivalrous manner. He reminded me of a Knight of the Round Table in King Arthur's day. Then to top it off we see yet another chaste and respectful love relationship starting to grow between Prince Gwanghae (actor Lee Sang Yoon from Angel Eyes), heir to the throne, and the spirited Jung Yi, who meet in childhood in an amusing way, falling into an animal trap underground, and they quickly begin to feel attracted to one another. Years after their rescue their paths cross again -- even though there is no historical proof that in real life the two people, future King and renowned ceramic royal artist, ever met. However, we can dream, can't we? ;) 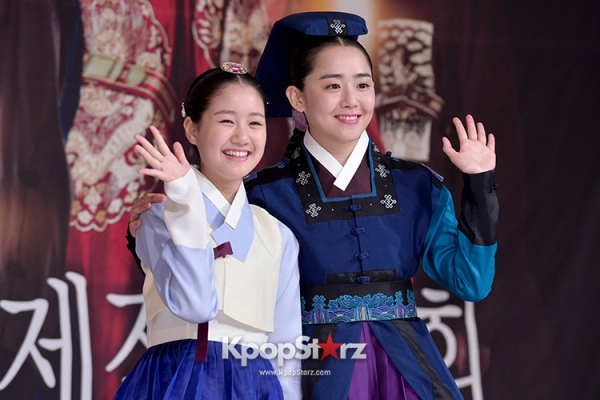 Another amazing production aspect of this marvelous drama is how much the younger actors and actresses resembled their older actor and actress counterparts. Korea truly seems to have an uncanny knack for nailing these match ups perfectly. The younger thespians have their story phased out at the end of episode five and the story then transitions into the characters' adulthood phase, but their impact never really goes away, and throughout the drama we are reminded of them occasionally in potent and stirring flashback scenes. I was especially struck by how much the younger actor playing Gwanghae as a lad (Noh Young Hak) resembled the adult actor Lee Sang Yoon. Even their expressions and personal mannerisms matched! Sometimes I literally couldn't tell them apart (Korea should design a drama featuring these two actors playing brothers!).


The story is pure melodrama, with many intriguing surprises in store for the viewer. I loved the fact that both Prince Gwanghae and swordsman Tae Do are never jealous of one another in regard to their feelings for Jung Yi. They never compete for her. Their mutual primary concern is for her safety and they grieve when she grieves. How completely different this is from so many other Korean dramas. The father who raised Jung Yi lovingly and who taught her pottery skills is murdered and she begins to suspect the murderer is the two faced Gang Chun, chief royal potter who was once his rival, so she deliberately applies herself to her goal of becoming Joseon's first royal female ceramic artist at the royal pottery workshop compound called Bunwon. Although she first makes her way in by pretending she is a boy that facade is soon uncovered by Gwanghae in a dramatic way -- she falls in a lake, he jumps in to rescue her, and sees that "he" has breasts! Once she recovers from almost drowning he waits patiently for her confession, it doesn't come, so he deliberately chides her for not being honest. She begs him to allow her to stay at the royal workshop to learn her craft, and he agrees. Although she is passionate about learning pottery design she is also passionate to exact revenge against Gang Chun for her father's death, and she needs to be in close proximity to him in order to fulfill her goals. She still has not learned that Gang Chun is actually her biological father.


She is eventually honored by King Seung-jo (Jeong Bo-seok) for her brilliant artistry, enabling her to get closer to her adoptive father's killer Gang Chun in her quest to destroy him and bring him down from his lofty position. Gang Chun has a legitimate son named Yuk Doo (Park Gun Hyung) who is the only person he truly cares about in the world, and he is livid when his own son's talents are ignored in favor of Jung Yi's. Neither the son nor Jung Yi know they are half-siblings until closer to the end of the story. Their competitiveness is fierce and at one point almost results in Yuk Doo's execution.

In addition to the betrayals by her biological father, Jung Yi is grieved to suffer the loss of her once devoted childhood friend Hwa-ryung Shim (Hyun Jin Seo) who has long loved and desired Tae Do, only to become jealous when she sees Tae Do favor Jung Yi time and time again. Hwa-ryung changes and becomes hard and selfish; she works for a woman owned company producing glaze and tries to ingratiate herself with the concubine of King Seung-jo named In Bin (Go Eun Han), in order to win professional favor and power. She goes so far as to pretend to Yuk Doo that she cares for him but it's a lie; what she really wants to do is to get rid of her former childhood friend so that Tae Do's heart can be hers. What a little fool she is! Tae Do makes it clear to her every chance he gets that he has no interest in her. 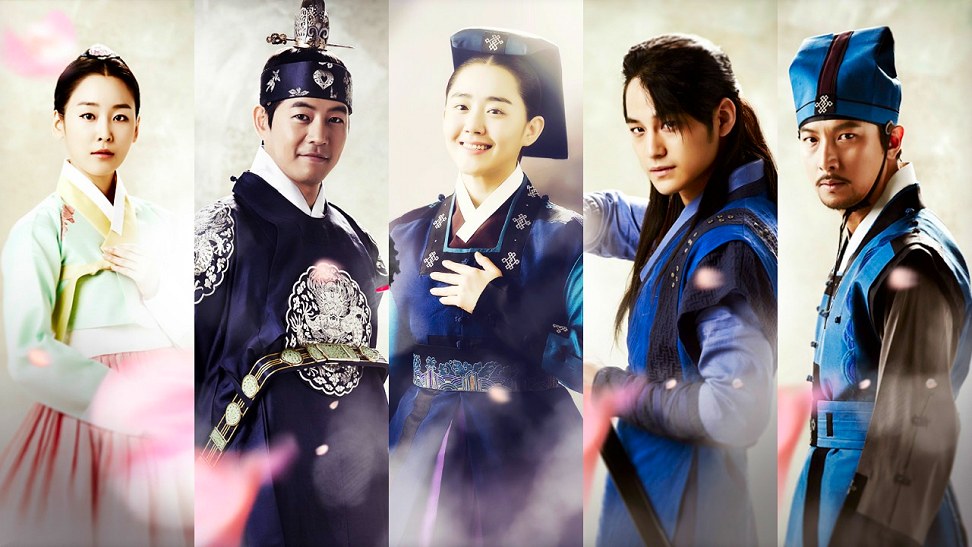 When the Japanese invade Joseon, the King and family flee to safety, brave Prince Gwanghae joins the military and wins important battles, his older alcoholic brother Prince Imhae (deliciously played by popular actor Lee Kwang Soo from It's Okay, That's Love) finds refuge in a secluded spot to protect his useless hide, and all the potters at the workshop are held captive by the Japanese. The Japanese have received orders to kidnap the female royal ceramicist Jung Yi, but she still has unfinished business with her biological "family" and so she eludes the Japs, leading to some of the most interesting scenes in the drama.

Gosh, did I yearn to poke that evil Gang Chun where the sun doesn't shine! He was even willing to sacrifice Jung Yi and bargain to protect his own son instead of his daughter on several occasions. I have to admit though that the actor does a completely wicked job in fleshing this nasty character out. Let's see, he's a murderer, a rapist, a traitor to the King while aiming to destroy his own daughter, and at one point even making her go blind! What a great guy! What a great "dad"! I should properly recognize this actor's brilliant contribution to this sageuk. I should also give a nod to veteran actor Byun Hee-bong who did a great turn as Jung Yi's adoptive grandfather Sa Seung Moon. This actor is a salt of the earth type who frequently shows up in my favorite dramas and always impresses me with his varied performances. 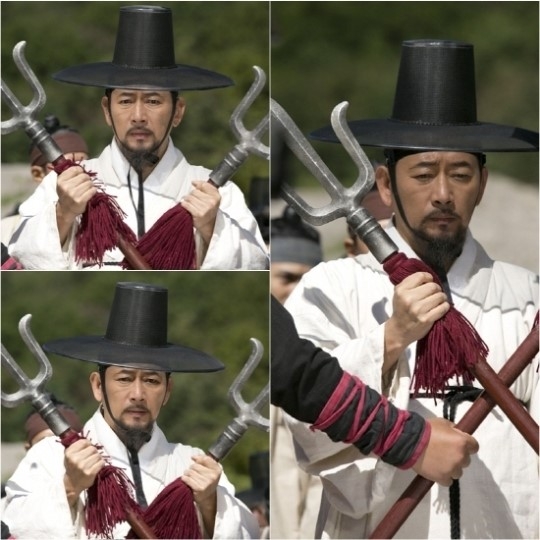 Several months prior to watching Jung Yi Goddess Of Fire I had watched the K-drama The King's Face, which covered some of the same royal characters around the same time period as depicted in Jung Yi. Sometimes I kept flashing back to The King's Face while watching some of the same events taking place historically, like the war with the Japanese. It might be interesting for you to watch both of these shows back to back or concurrently. They simply added a pottery focus to this one, instead of a peasant revolt theme as in The King's Face. I enjoyed both shows a lot and can recommend them highly.
~~~~~
RETURN TO KOREAN DRAMA REVIEWS 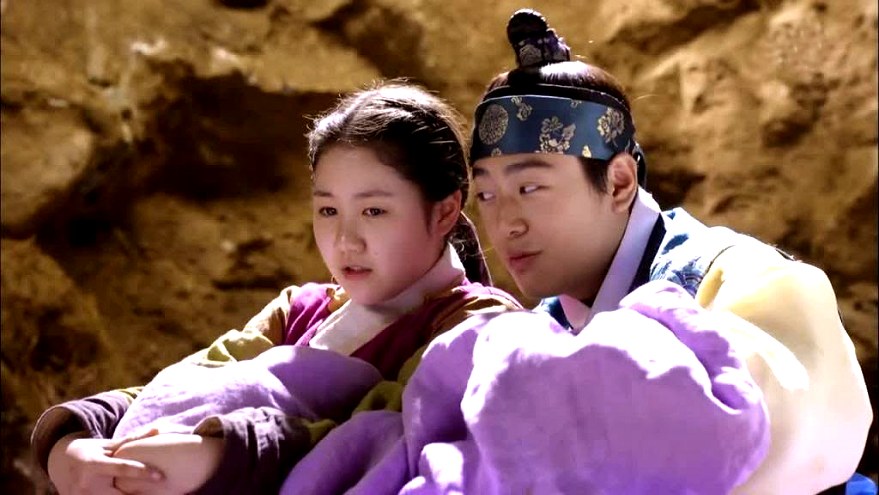 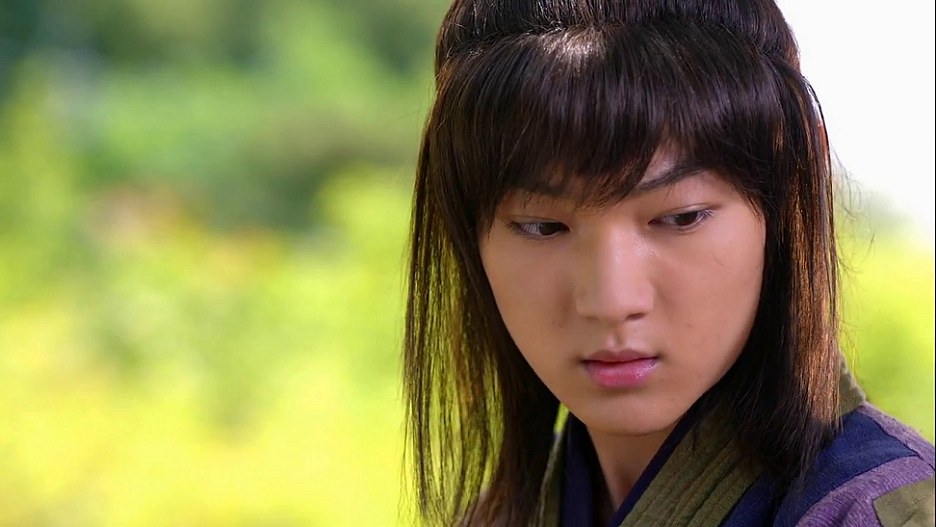 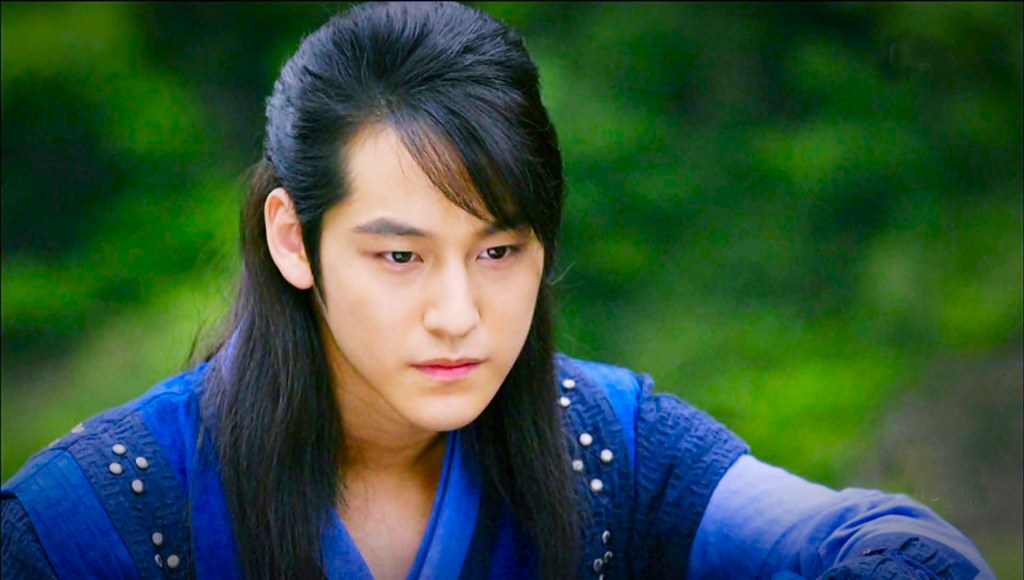 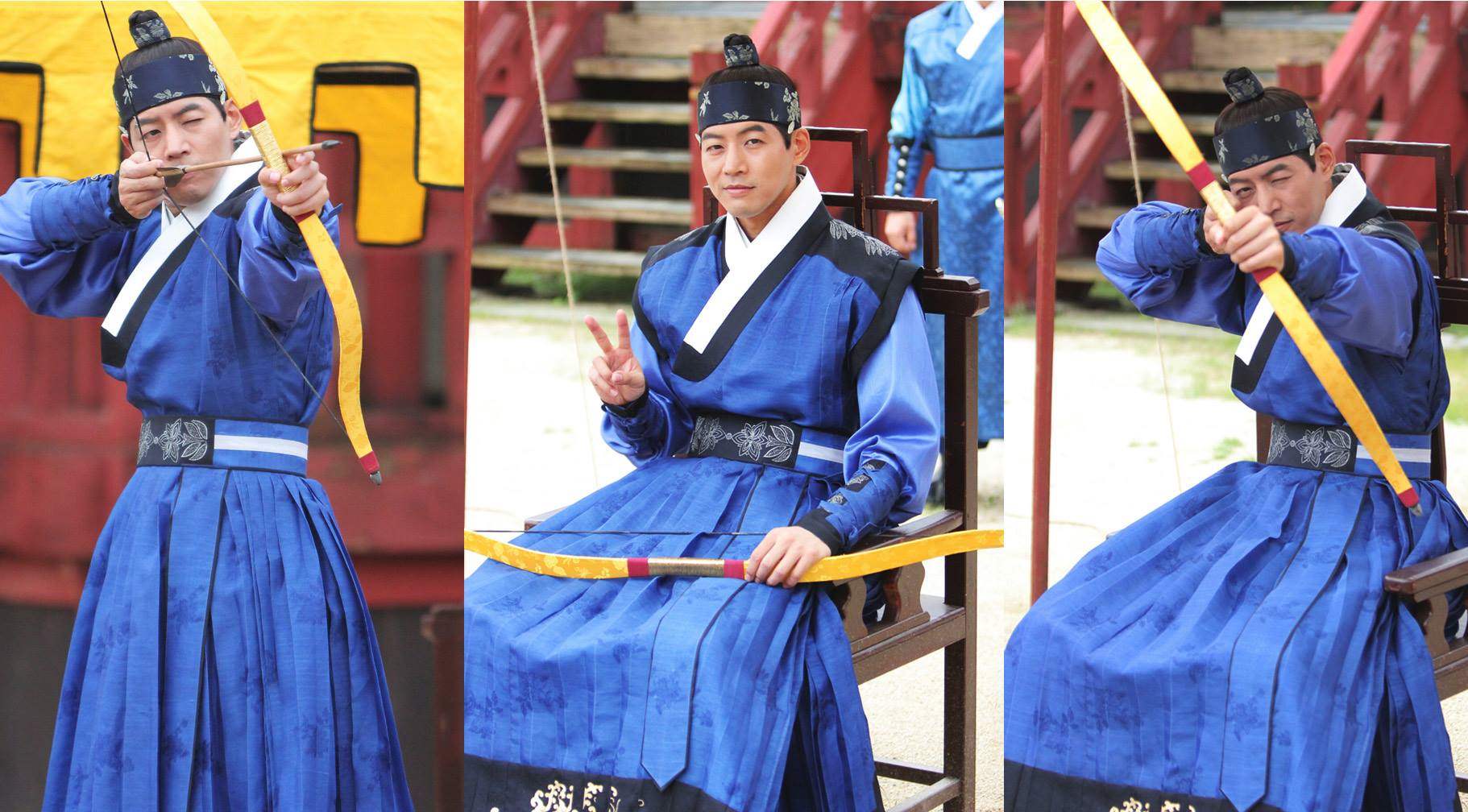 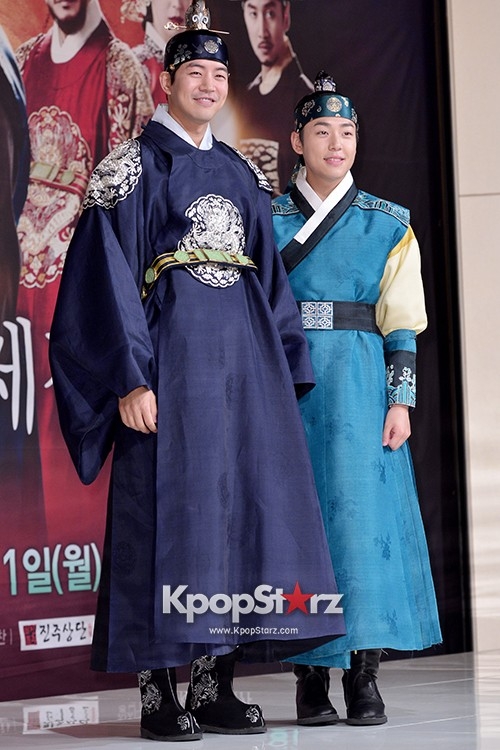 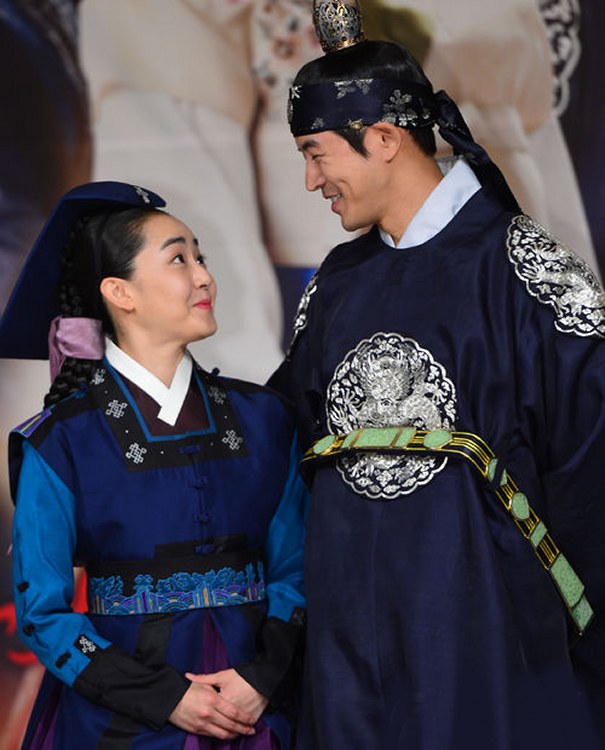 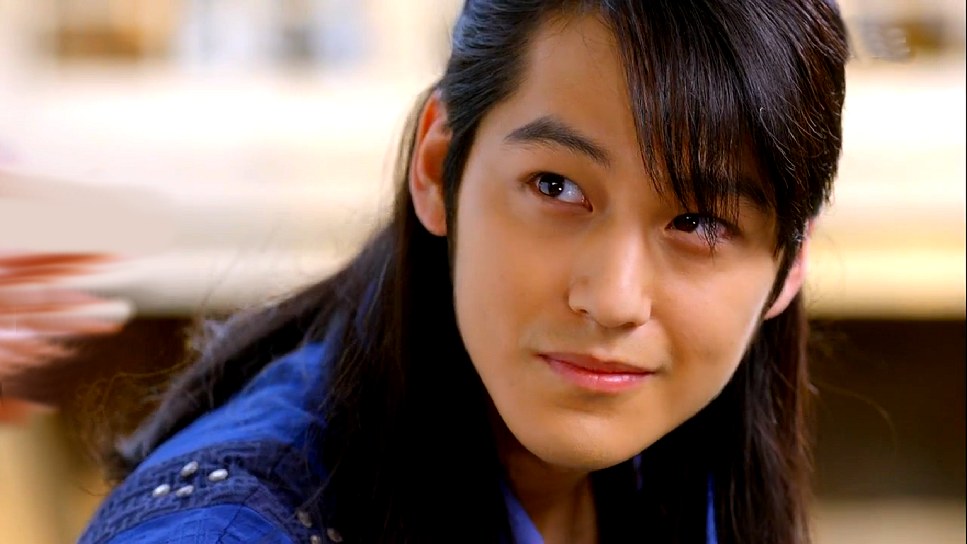 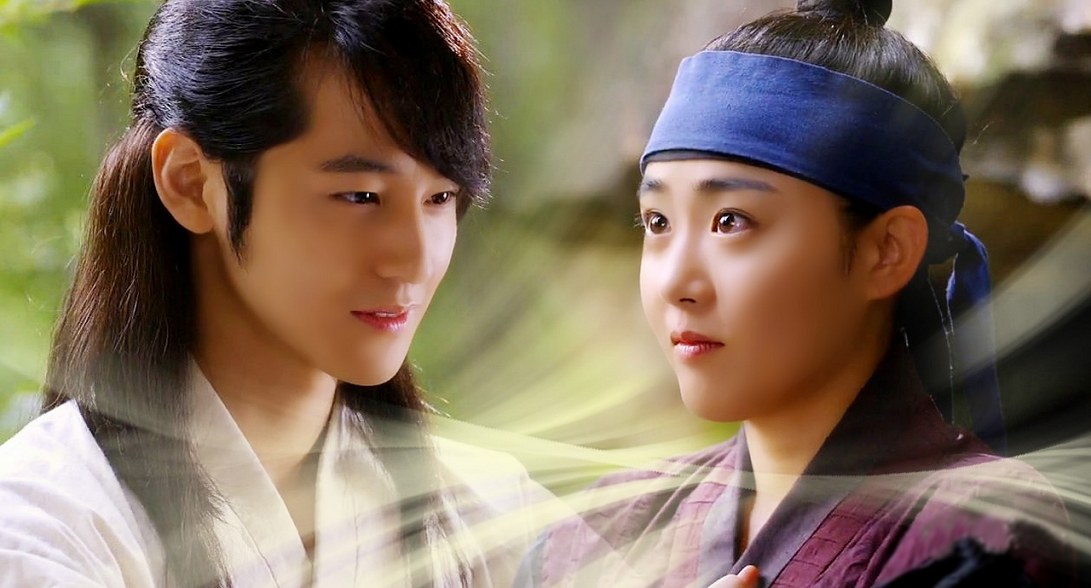 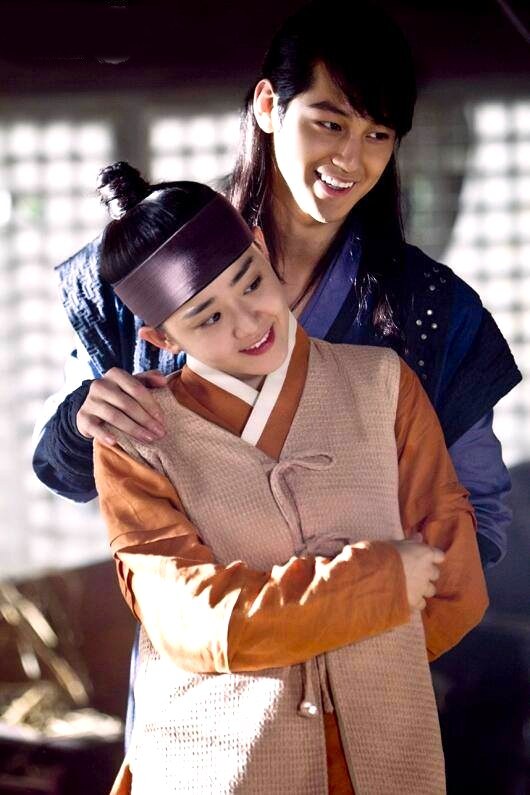 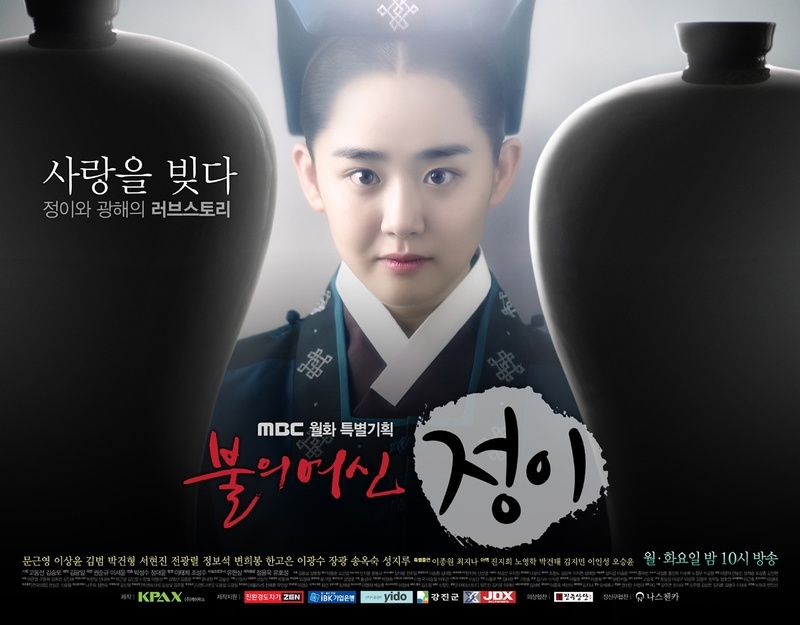