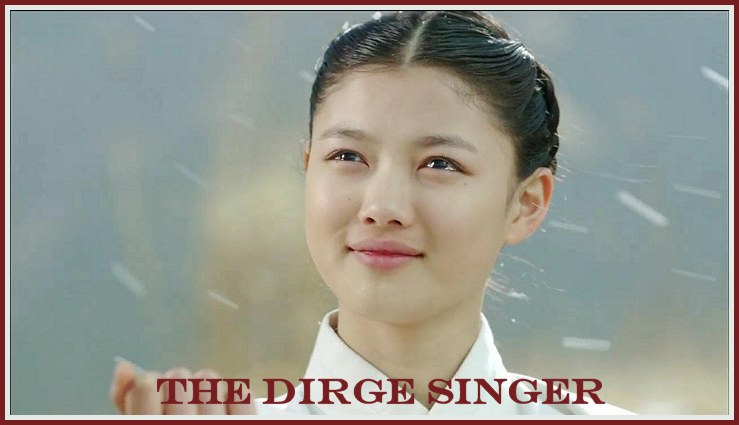 The story is about a spoiled young teen girl named Yun Shim (Kim Yoo Jung) whose mother Nam Dan Geum (Hwang Mi Sun) is at the lowest totem pole of the class system; she's a dirge singer, hired to accompany funeral wagons and cry dramatically as they are taken to burial.

Our young Yun Shim wants nothing to do with that career, she only wants to smile and be happy. She runs away from home, not knowing her mother is dying of throat cancer. She tries to become a gisaeng, or female entertainer, because she thinks it will be a happier employment, but little does she understand what the duties might be after the public entertaining for the evening is over.

She meets a half-noble young man Yoon Soo (Suh Joon Young from Super Daddy 10 and To The Beautiful You) -- he was the product of an out of wedlock birth, the father a Lord, the mother a gisaeng named Do Hwa (Im Ji Eun from The King's Face and Painter Of The Wind). His brother is dying but he overhears that even when his brother dies he will be cast off and the leading noble family will adopt a son instead! How mean to deprive him of his birthright, it wasn't his fault his father bedded a gisaeng. 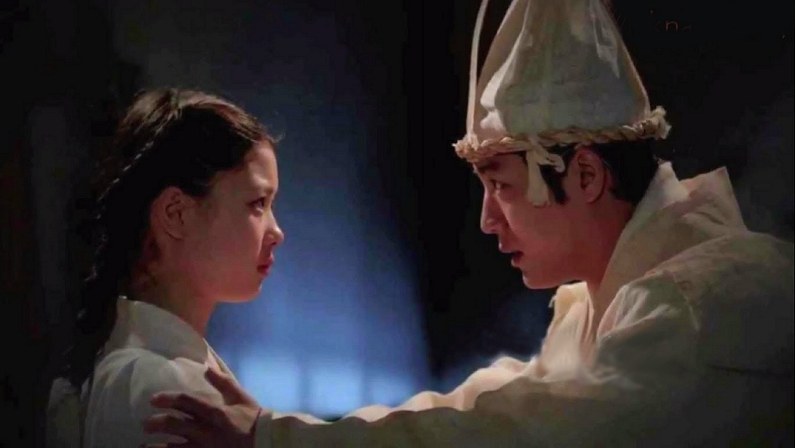 Under these difficult circumstances Yoon Soo has to decide if he will walk behind his half-brother's casket or not. Yum Shin convinces him to do so, and eventually she hears her mother can't be the dirge singer because of sickness, so she will be ordered to do the job instead. At first she refuses and is basically jailed for her disobedience.

Hours later she finally breaks down and tells all present that SOMEBODY should cry legitimately for this poor young man who had died of cancer, and so she decides to finally cry for him because no one has real tears for him. "Aigoo! Aigoo!" (Woe is me!).

The end scenes are especially lovely, featuring beautiful photography, and of course we are given another great performance by Kim Yoo Jung to admire, similar to her excellent ones in The Moon Embracing The Sun, Moonlight Drawn By Clouds, and May Queen. I never thought I'd see the day where I would like a teenage actress more than Kim So Hyun, but in 2016 it finally happened.

You can enjoy the entire drama here in this YouTube embed. Consider hitting the expand button to go full screen. Enjoy!