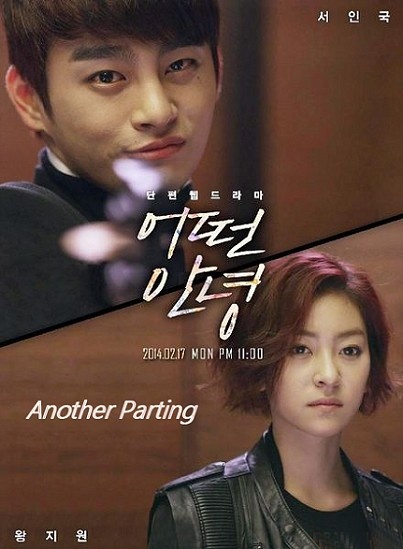 Another Parting: what an intriguing, spiffy science fiction based short web K-drama, hauntingly filmed, and with some lovely touches of humor throughout the story. It's short, but I was completely engulfed in the story all the way through. There were mysterious touches I had to think about and ponder over: I like that! I get so bored with predictable dramas. The music was also beautiful, a mixture of jazz and more romantic orchestral fare and a pretty vocal song.

When you watch lead actor Seo In Guk's progression as an actor throughout his career it's really amazing. From Love Rain to Master's Sun to Another Parting to Hello Monster to The King's Face his performances just get more intuitive and deeper each time.

The Story: Seo In Guk plays an alien from another planet named Ahn Young Mo whose job it is to discover why human beings cry. The aliens on the planet he comes from have no feelings, no emotions. He enters the body of a man in a coma and in his hospital gown he leaves the building under that man's identity and goes walking down the city street ... sideways! (Hilarious!). Apparently that's the way aliens on his planet walk. :) 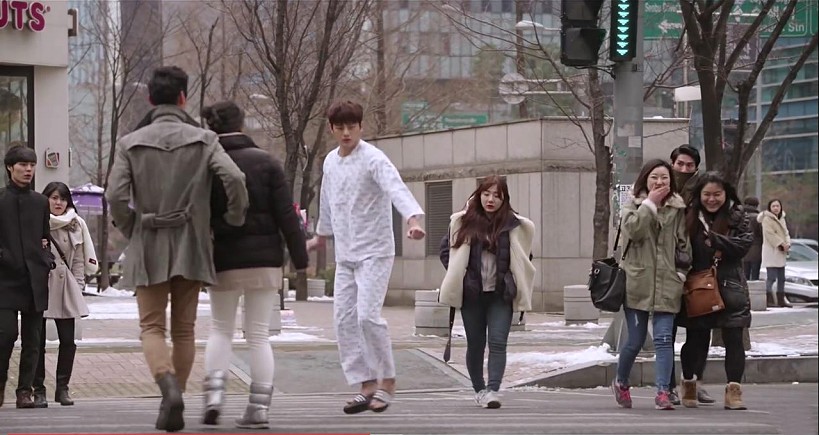 Later he meets a taxi driver (played by the same actress Lee Yong Nyeo, who played the Medium in Master's Sun) who tells him that human beings walk straight ahead, not sideways, so he forcibly makes his legs move one in front of the other. (Hilarious again!). It's strongly suggested that the taxi driver is a female alien from the same planet and she has guided other aliens in other human bodies around the city searching for humans who cry, but none have been able to discover the reasons for tears. 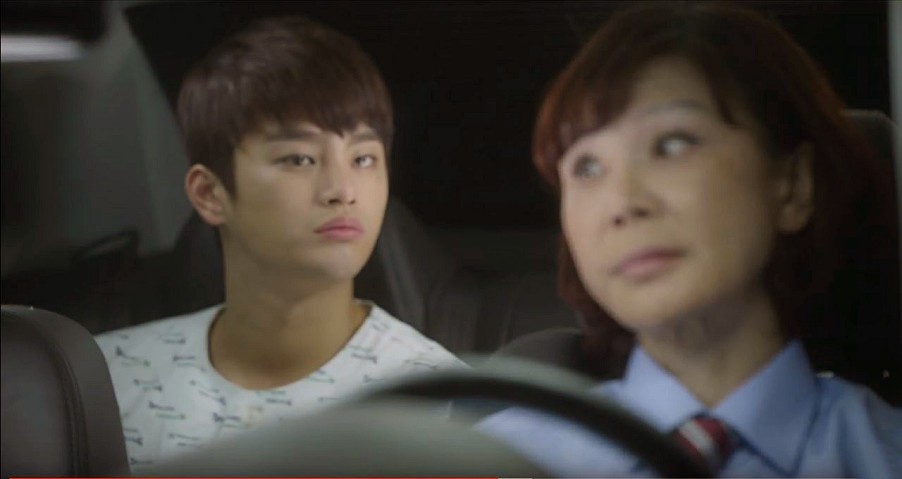 The taxi driver gives him regular clothes (that somehow make him look like a Roman Catholic priest!), and he starts walking the city streets wondering where he can find a human being crying, to ask why they do so -- he just doesn't understand. 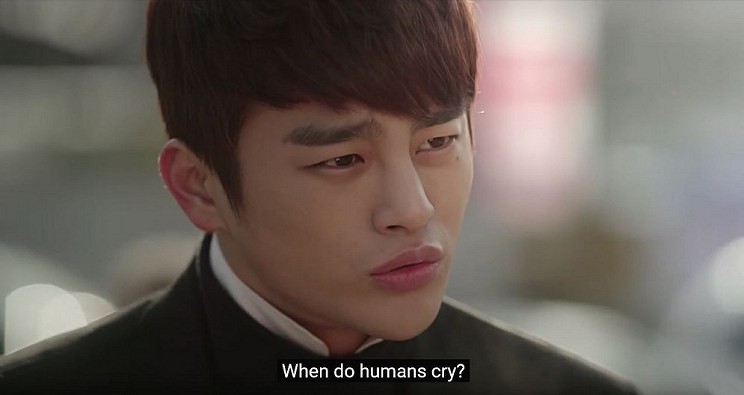 Eventually he meets a woman named Seo Ha Na (Wang Ji Won from I Need Romance 3) standing on top of a bridge about to commit suicide because her boyfriend dumped her. He talks to her telepathically and she understands him. He asks her what she would really like to do instead of commit suicide and she replies, "Kill the bastard." He says he will do it for her! 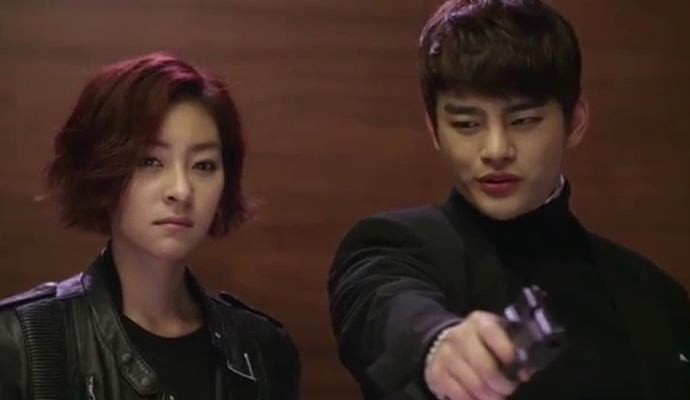 He gets a gun and they both walk into a nightclub lounge area where the old boyfriend and her former best friend are celebrating their engagement, and he points it at the couple. "Should I kill her too?" Seo in Guk's alien character asks, and she answers in the affirmative, "Kill her." The people cower in fear, with the man pleading for his life, saying he made a mistake and shouldn't have cheated on her (which goes over REALLY well with the fiance, LOL).

However the alien points the gun to the ceiling and shoots at that instead. "Let's get out of here," he says to the woman who wants them dead, and they grab hands and run. He throws the gun away. The people at the party call the police. 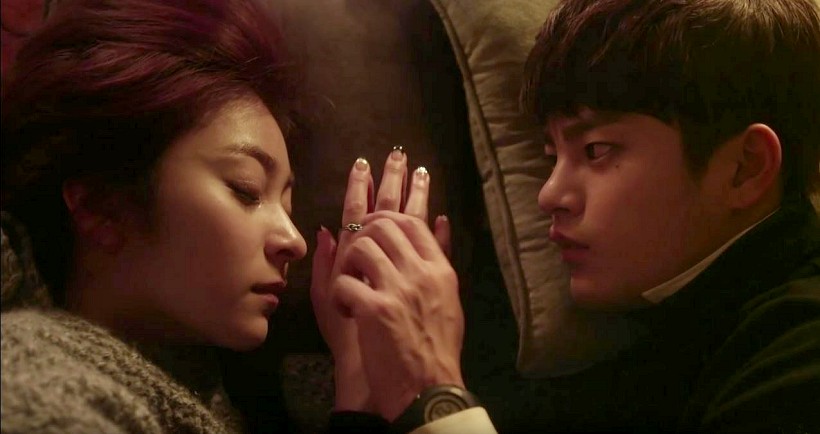 CCTV footage captures the event and now the cops are on their track; they ID the man as someone who left the hospital after coming out of a coma. The alien has already decided that looking at this young woman fills him with pleasure, his first real emotion. She also seems drawn to him as well. Before he left on his mission he had been given a pill that could put him back into the past before he took human shape. Will he take it or will this strange couple declare their love for each other, and will they be able to stay together if they do?

Or will the police win in the end, and get him for attempted murder? Will they find out he's an alien? What does the future -- or the past -- hold in store for them? What about the real man who was in the coma in the hospital? What will happen to him?

I loved this short drama: it's only 5 episodes of about 10 minutes long each so it will take you under an hour to watch it. It's been combined into less than one hour total drama here on this page, so enjoy!