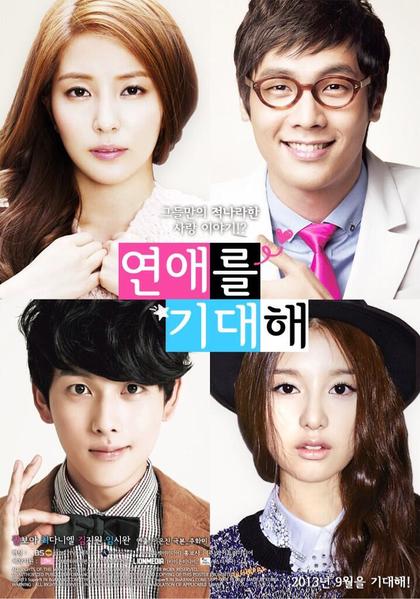 This one surprised me. I thought it would be just another young people dating story, but the truths underneath the outward romantic comedy moments in the beginning of the drama underscored much deeper truths about human nature, and exposed the deceptions we tell ourselves and others while dating. The obsessive nature of thwarted and superficial "love" is explored lightly in the beginning, but as the story progresses the characters become more aware of their true natures and emotions, leading to honesty and personal growth by the end. The characters tell themselves they just want to date, not fall in love, with the result that all those superficial reasons for dating collapse at the end because they are based on everything but true love, which is always sacrificial in nature, not selfish. I always tell women friends if the men they are dating, living with, or married to, would not walk through fire to rescue them, at the risk to their own lives, then they really don't love them at all. True love is defined as this, that a man would lay down his life for his friend ... how much MORE should that apply to his woman?

Waiting for Love also known as Hope For Dating, aired on KBS in 2013 and starred cute Im Siwan from Misaeng, popular actress Kim Ji Won from Heirs, One Sunny Day, and Descendants of the Sun, Daniel Choi (Worlds' Within) and pretty singer Kwon BoA, who was making her K-drama acting debut in a leading part in this show; she was quite funny and deeply interesting in her role here; she should be making more dramas! She has natural talent.

The Story: How can you not like a short K-drama which begins with a jilted young woman with an attitude named Joo Yeon Ae (BoA) walking into a posh restaurant wearing a rain slicker that says "Stop Making Sense" on the back, and carrying a bucket of water filled with stinky octopus parts, who approaches the slime-ball who had jilted her, and throws the bucket of fishy water and octopus legs into his face? I howled with laughter and I was hooked in less than five minutes (nice touch with the Jaws music playing in the background for this opening scene!). 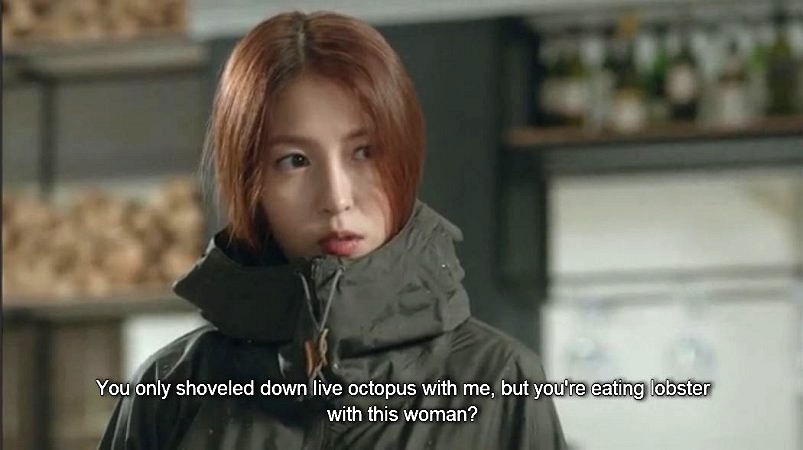 The video somebody took of the octopus incident goes viral: cut to a college dating class (DATING CLASS???) which is attended by many classmates in a big lecture hall, including Yeon Ae and two young men who will make a big change in her life shortly: Cha Gi Dae (Choi Daniel), an unemployed medical student, and Jung Jin Gook (Im Siwan) a dental student living with his rich parents.

Teaching the class is a relationship instructor named Philip (Oh Jung Se) and he shows the infamous clip on the projector of the "Octopus Girl" pelting her ex-boyfriend with octopus legs, and dousing him with water. No one knows that Yeon Ae is that girl in the video, although she almost slips up by having an emotional outburst defending "Octopus Girl" during the class. Philip counters that the way "Octopus Girl" behaved in public just signals to people that she meant nothing more than a ONS - One Night Stand - to her ex. Neither Gi Dae or Jin Gook see Yeon Ae's face in the class because there are so many students, but they are soon both going to fall in love with her!

Philip the teacher ends the class telling them that if they want personal dating advice they have only to text him and he will help them when he can. Once the class breaks up Philip, knowing Gi Dae's financial plight and his unhappiness with his current girlfriend Choi Sae Rom (Kim Ji Won), forcibly switches cell phones with him before Gi Dae can stop him. "Now everyone will be texting you and not me, it will help you to help others", he laughs and drives away.

Almost immediately Gi Dae is bothered with constant text rings from students asking for his dating advice! But there is only one he seems motivated to answer: Yeon Ae (Octopus Girl!). She confesses to him via text that she is Octopus Girl and can he offer her advice on how to date without becoming emotionally involved with the other person? She never wants to have another public outburst like that one again and she thinks staying cool, calm, and collected is the best way to have a successful dating experience.

Of course she thinks she is texting the teacher Philip, and has no idea it is another man who was in the class with her. (Btw, the trivia K-drama sites get this wrong in their descriptions, Gi Dae is not an experienced dating counselor - one wonders who writes these "official reviews" from KBS World and such, they are often so wrong it's laughable!). 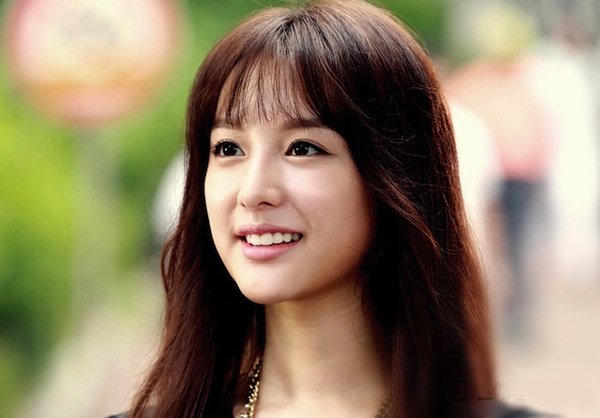 Kim Ji Won gives a good performance
as a character who thinks she loves Gi Dae,
but she really thinks of him more as a trophy

Through texting Gi Dae actually helps Yeon Ae by pointing out dating details from the male perspective. He helps her to find her next boyfriend - to look for someone nice and normal - not the heels. She ends up tentatively dating Jin Gook but soon her past behavior of obsessiveness threatens that relationship too; she stalks him and mistrusts his every move. Then she sees him eating a meal with her best friend and her imagination goes wild again. As she moves to confront him for his "deceit" Gi Dae slows her down through texting: "You don't know he's cheating. Find out the details first. Play it cool." 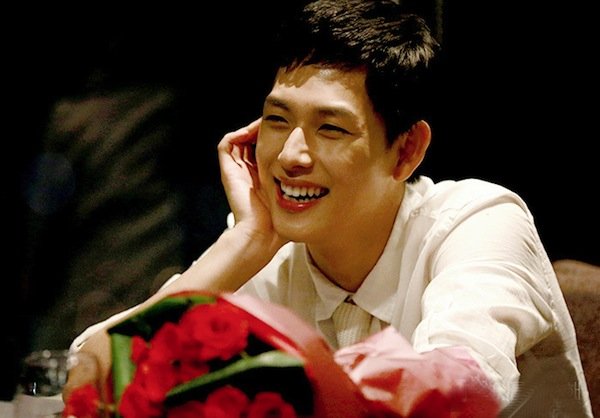 Siwan, such a baby face doll!
He looked so young here.

She ends up walking up to the table to confront them but does so magnanimously. It turns out that Jin Gook was just trying to find out information on Yeon Ae, that he is crazy about her after all. Later, in a nice scene in a children's playground they confess that they like each other. In any other show that might be the end of a one episode special, but there is one more episode to go! Gi Dae is now emotionally involved with Yeon Ae, looks forward to her texts every day, even instead of talking to his girlfriend, and their continued texting brings her closer emotionally to him, too. 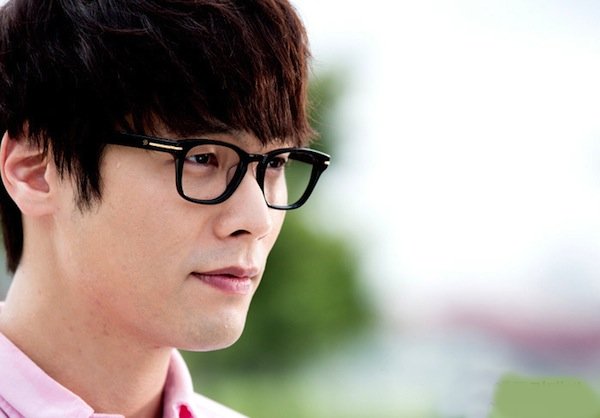 Daniel Choi with his glasses reminded me
of a mix of Yoochun, Bae Yong Joon, and
singer - actor Sung Si Kyung - very handsome!

Both couples end up at the same seaside hotel for a weekend on a brief vacation. Soon Gi Dae and Yeon Ae realize that they are both at the same resort with their partners. "Let's meet!" he suggests, "in twenty minutes at the lighthouse!" Both plan to make excuses to get away from their significant others -- uh oh! Problems Ahead! Each eventually reaches a lighthouse, but it turns out there are TWO lighthouses, and they both go to different ones. They spend hours waiting for each other and both develop colds. There goes any romantic weekend they had planned with their supposed sweethearts. Angry, they both break off texting each other for some time, and each couple seems to be heading toward possible marriage, but both Gi Dae and Yeon Ae realize deep down that they still miss each other ... and they've never met! (Although for months both of them were actually frequenting the same stew restaurant, often at the same time, and not knowing it). 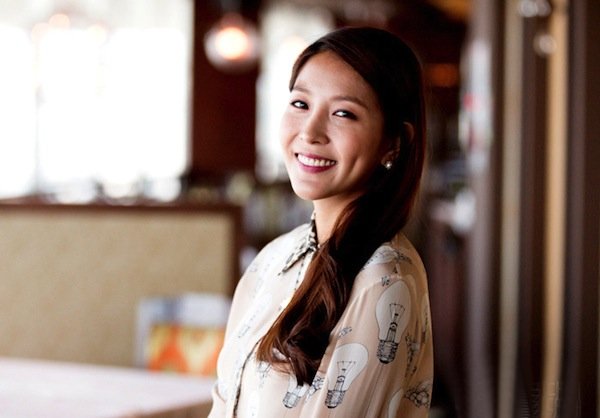 Look at those dimples: BoA is beautiful!
She needs to be acting more.

Episode two resolves a lot of the romantic entanglements from episode one, and teaches all the characters some hard truths about themselves and life that they wouldn't (or couldn't) recognize earlier. There is a surprise ending -- you'll need to watch the end credits to see that surprise. (Asians often do that in their movies and television dramas).

I actually ended up liking this drama much better than other longer K-dramas that are more well known. Really, try some short K-dramas sometime, most are extremely enjoyable. I also liked the music score on this show; one song is by Sung Si Kyung (above) called Two People, and I really love it. It's so quietly beautiful. The video shows Si Kyung singing the song as identical "twins", but both images are him, digitally merged. How cool is that?

You can watch both episodes of this drama for free on YouTube. Enjoy! 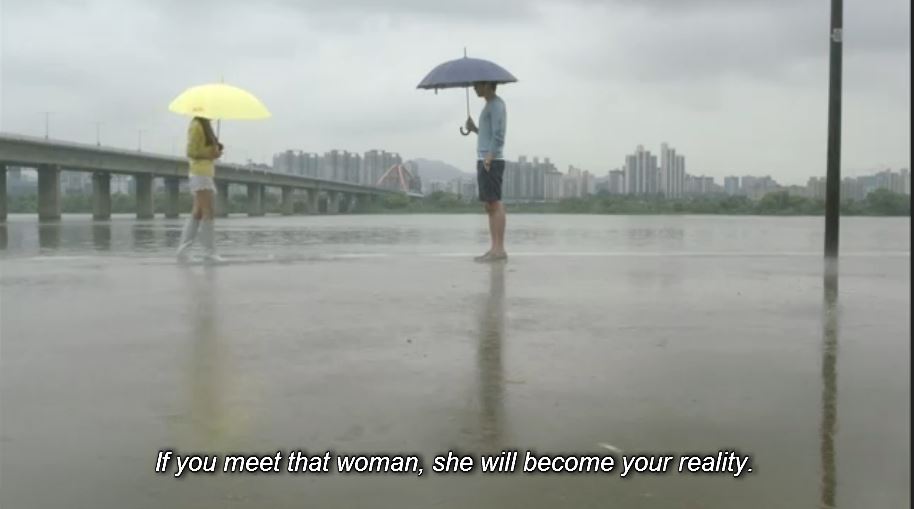