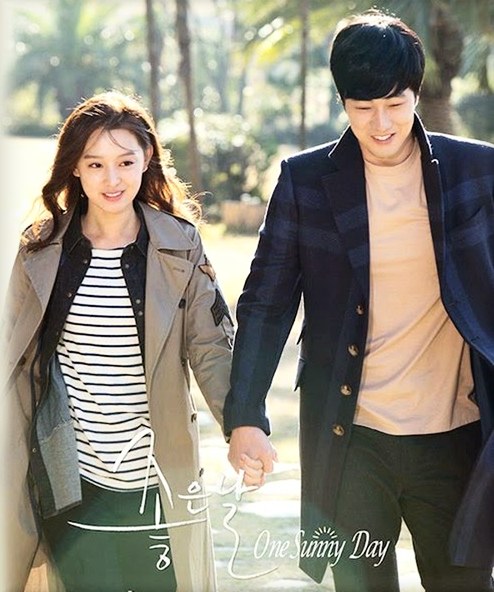 It was like finding water while being lost in the desert to watch my favorite Korean actor So Jisub -- who had gotten me started on K-dramas in the first place with the classic 2004 I'm Sorry, I Love You -- acting again after two years since his last big hit, Master's Sun. One Sunny Day (2015) is a short web drama sponsored mostly by Line - a cell phone communications app that is very popular in Asia. I was worried that that would mean I would constantly see the actors talking on cell phones instead of each other in person, but thankfully that was not the case.

The short drama was filmed on gorgeous Jeju Island in Spring 2015 (no doubt the same time he made a cameo appearance in Jeju Island Gatsby) and co-starred Kim Ji Won (who played Rachel in Heirs) and she was a very nice and pleasant leading lady for him. Because I know that in real life So Jisub is an admitted introvert, someone who likes to spend Christmas all alone drinking wine, I felt while watching this drama that I got closest to his real personality, quiet, thoughtful, intelligent, pensive, and just an all around good, decent, gentlemanly guy who doesn't like to hurt people. Because the overall theme of this drama was losing someone you loved, and adjusting and healing so that a new love may touch the heart, I felt So Jisub must have brought a lot of his own emotions to bear in his performance. He's been in show business since the mid-1990's and if you research him going that far back you really start to understand the true man.


The Story: After his girlfriend (Im Joo Eun) leaves him for another man, Ji Ho (So Ji Sub), an entertainment event planner, winds up on Jeju Island to clear his head after his boss Young Ho (Lee Jong Hyuk of A Gentleman's Dignity and Green Rose) insists he needs a vacation to heal his broken heart (he's also there to scout future locations for concerts but that's not the main objective for his being there).

While standing on line at the airport a little boy starts playing around with him and hitting his fanny. He laughs and wiggles the little boy and the kid starts crying for Mom. The Mom gives Ji Ho dirty looks and our leading lady (Kim Ji Won) happens to be on the same line and sees what has happened. She deliberately bumps into the mother, definitely considered extremely rude in Korea! However, from this one brief moment we can tell what kind of a girl she is, filled with humor and a sense of justice. She saw the man ahead of her in the line was innocent of hurting the boy and she couldn't just stand there and not do anything in response. 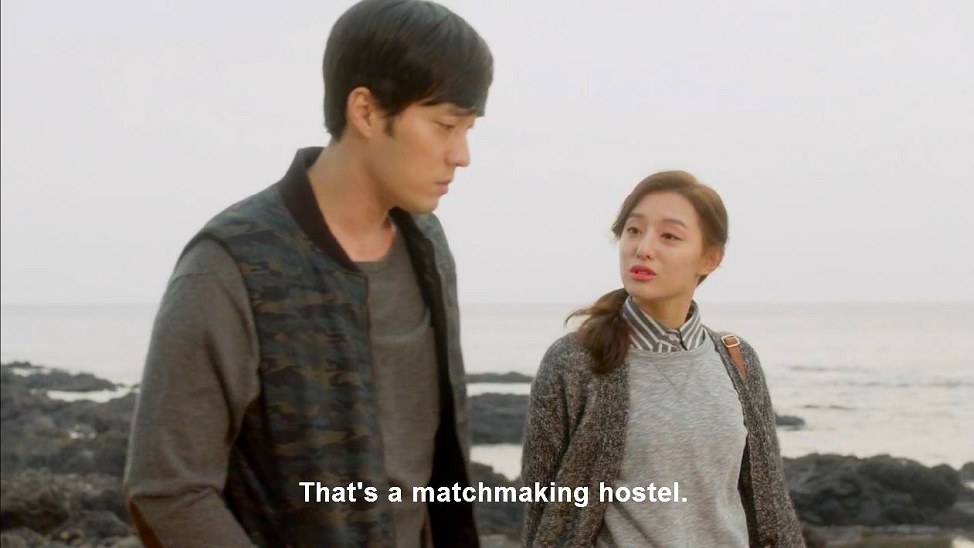 After arriving on Jeju, a comic taxi cab driver suggests Ji Ho stay at a certain hostel for single people, but little does he know it is known more for being a hook up place. Everyone there tends to get smashed and sleep together in bunk beds afterward -- definitely not the hurting Ji Ho's style of accommodation! He ends up sleeping in the same bunk with the hostel's cat! ( envied that cat!) ;)

The next day he tries to find a better place to stay but discovers his bags have been stolen and along with them his money. The only thing he has on him is a 500 won piece (about 50 cents) and his cell phone. He reports his stolen things to the police and discovers the beautiful lady who had defended him at the airport the day before, who is an author visiting Jeju for a business meeting, and she has also had her things stolen including her cell phone. They end up helping each other out -- he allows her to use his cell phone until she can manage to buy a temporary one, and she in turn will feed him until his boss can wire transfer him some money. 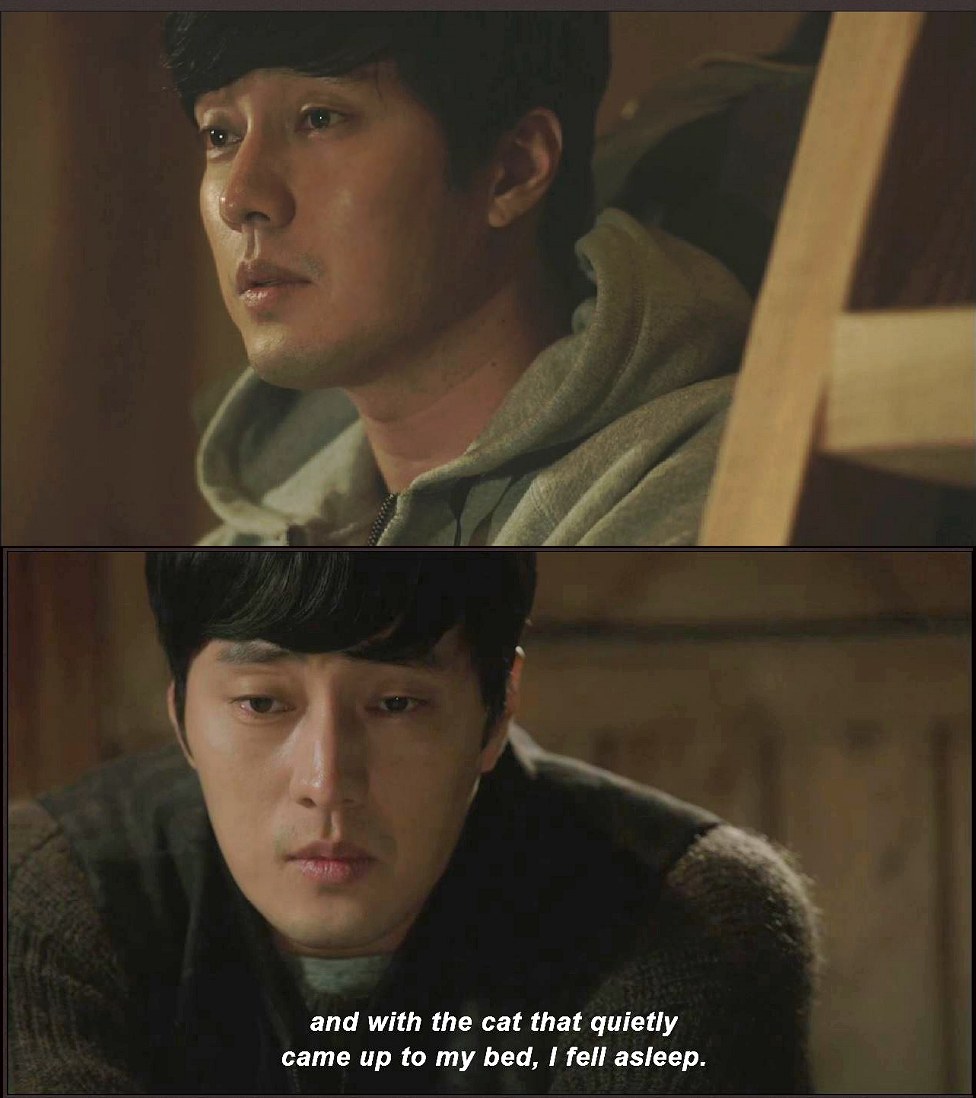 The beautiful thoughtful face of So Jisub,
my favorite Korean actor

Ji Ho and the Girl (she is never given a name - what is this, Rebecca?) decide to stay at the same new motel for convenience but of course in separate rooms; the kindly elderly lady understands both their situations and says she will wait for her money. She's a doll. She acts like they are her own children. The place is right by the beach so our couple can walk the shore together and get to know one another. The lady author is certainly the brighter, peppier one, since Ji Ho is getting over a broken heart. They also end up hitting some tourist attractions and eventually renting a motorcycle for two, and we the audience get to see a lot of lovely vistas during the course of this 150 minute drama, like Jeju's most famous lighthouse high up on a cliff.

Whenever the Koreans film on Jeju Island, it's almost as if the place is an extra character in the show. I was particularly struck by a gorgeous scene in a forest, and So Jisub's character wisely sits on a bench and drinks it all in -- which is EXACTLY what I would have done! We're kindred spirits, I thought to myself, as I drank in all those stunning trees with my eyes. A couple walk by and complain they are bored - it reminded me of the kids I traveled with to Greece when I was 16 years old and when we went to the Acropolis some of them were actually complaining, "Why are we here, to look at a bunch of ROCKS?" Oi vey! Nothing awes some people! 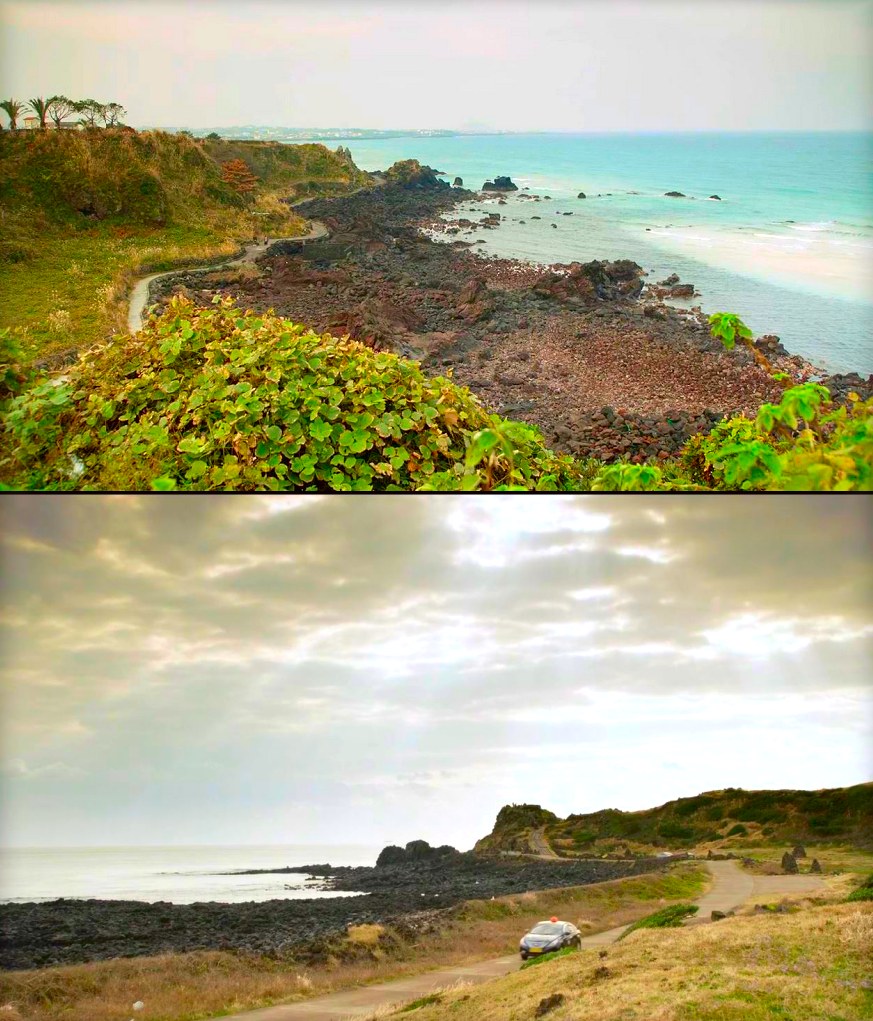 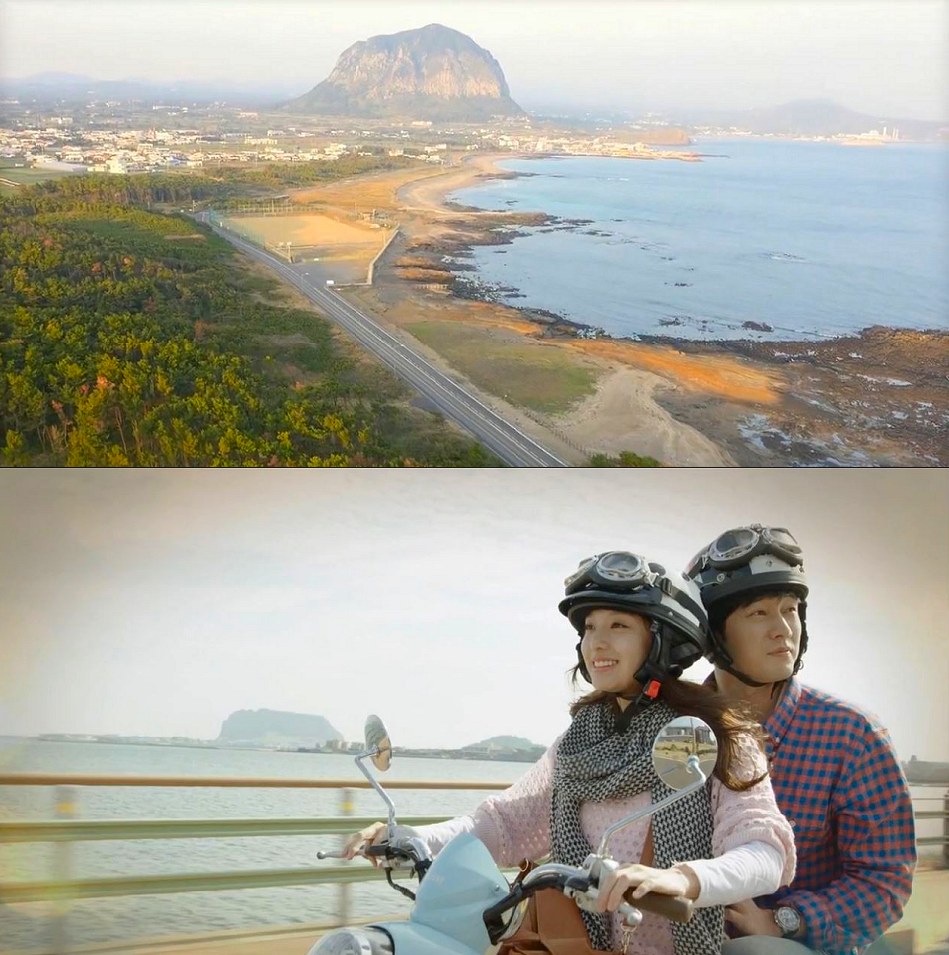 The couple share some funny moments and as the days go by and their fortunes are restored it is soon time for the Girl to depart first and head back for Seoul. It's clear she is in love with Ji Ho at this point, and he feels very close to her. Will they ever meet again? Will either of them be brave enough to admit their feelings or will they just go on their separate ways and find other people to love eventually? You'll have to tune in to find out! It is a very unassuming and quietly contemplative short drama and I enjoyed it very much. So Jisub's performance was not flamboyant at all, and he was just a dream to watch in this sweetly romantic show. 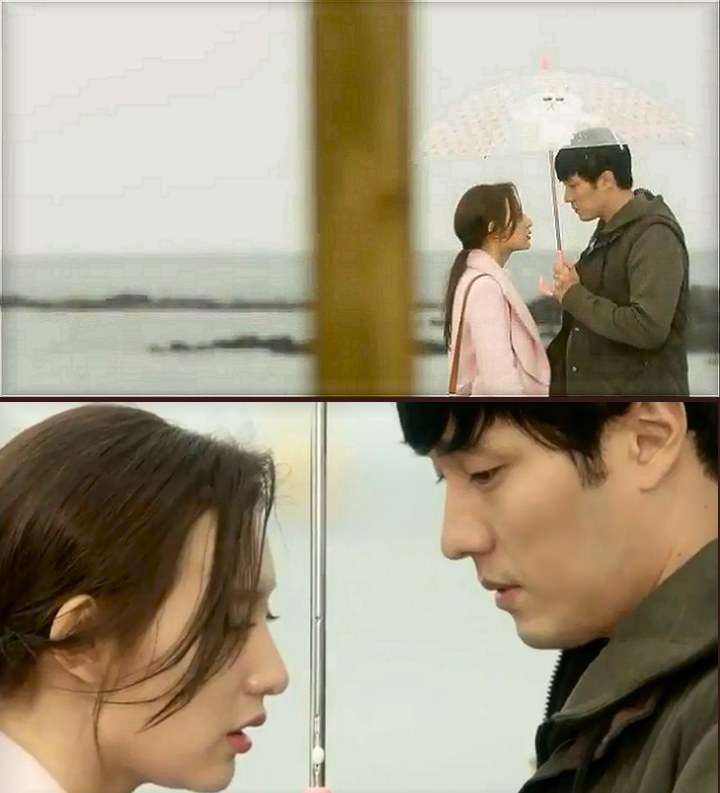 If you're a So Jisub fan or you like a sweet romance, or even if you just want to feel like taking a great tour of Jeju Island without spending a fortune or leaving your comfy den chair, then this short K-drama is perfect for you. You can unwind after a hard day of work and enjoy the kind of romance they rarely ever make anymore: one showing two good people taking their first steps to one another. Enjoy!