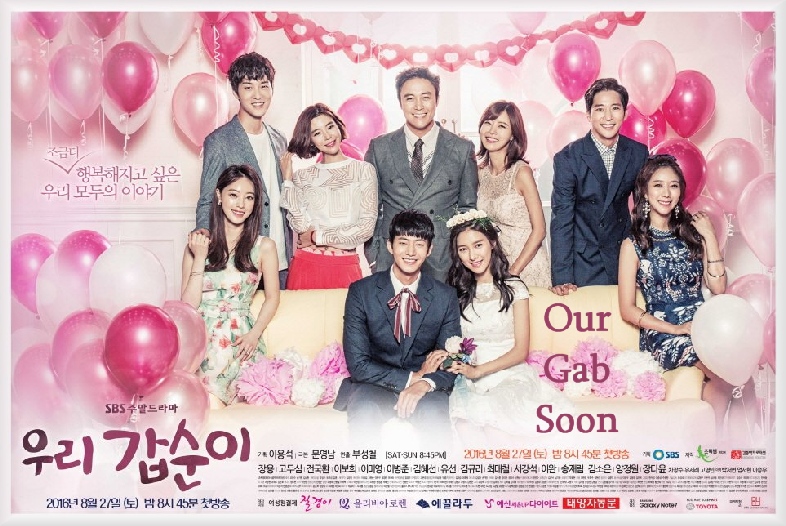 Absolutely by far the loooooooongest Korean drama I have ever watched, at 61 whopping episodes (longest I ever watched before this was 35 episodes and that was pushing it for me), Our Gab Soon (2016-17) would have received an A grade from me instead of B+ if they had cut this series down to a more reasonable level; even 30 episodes would have been enough to tell the full story with more cohesive writing because there was a lot of drawn out repetition in it. Within the first 10 episodes I could already size up all the characters' strengths and weaknesses, and where they were no doubt heading in their individual lives. Most of my predictions were absolutely spot on, but I prefer to be surprised.

I decided to take the plunge anyway for two reasons: 1) I was in the hospital for five days for health issues and out of my mind with boredom, and 2) I had loved several of the actors in other dramas, especially Lee Wan (brother of Kim Tae Hee) from Tree Of Heaven, Stairway To Heaven, and Swallow The Sun, and I hadn't seen him in anything since he got out of the military, so I was anxious to watch him again in something (anything!); plus there was the delight of seeing pretty actress Kim So Eun again, from Liar Game and Boys Over Flowers, and actress Kim Gyu Ri who had tickled my funny bone (though sometimes I wanted to strangle her too!) in The King's Face; none of their performances disappointed me here in Our Gab Soon, either. This was a big extended family saga and that can really keep an audience's attention IF they see the characters growing and improving over the course of the drama, and for the most part you do see that here, although the growth spurts could sometimes be painful ... the characters would take 3 steps forward and then 2 steps backward before advancing again. 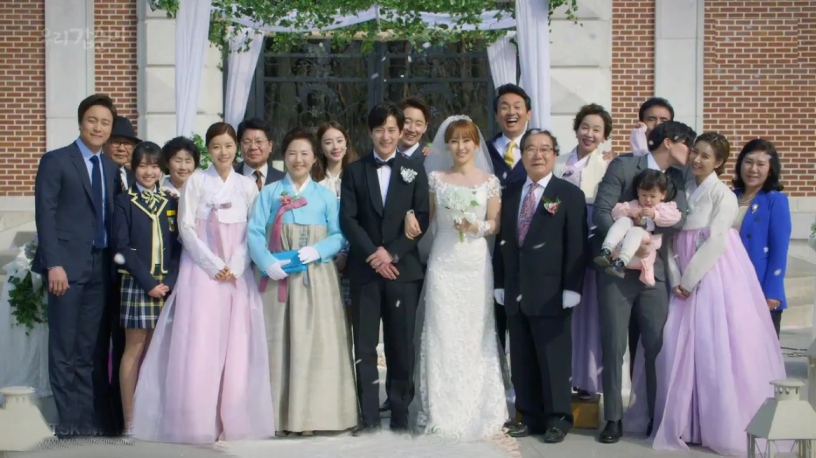 Heo Gap Dol (Song Jae Rim, Goodbye Mr. Black) is an unemployed college graduate who has been trying to pass the civil service exam for years, supposedly studying a lot but really shirking off quite a bit. His longtime girlfriend Shin Gap Soon (Kim So Eun) lives with her parents but patiently supports him by working at several part-time menial jobs in the hope of him finally passing the exam and proposing to her. She had originally wanted to be a teacher but with real-time practice at it in college she had decided education wasn't going to be her cup of tea after all. Okay, this seems like something that's really going to work out, don't you think? ;) 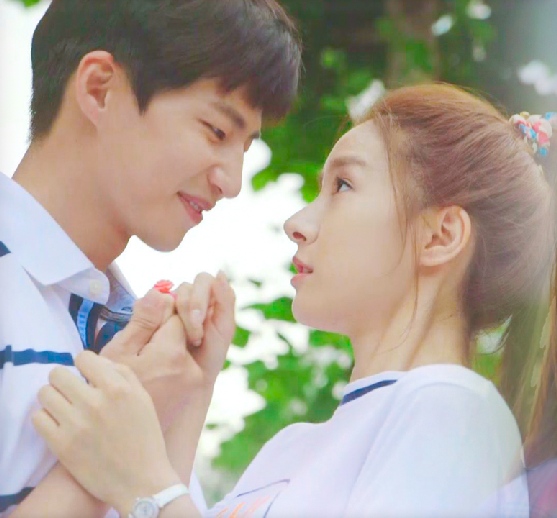 Gap Soon's mother In Nae Sim (Ko Doo Shim from Dear My Friends) often loses patience with her and tells her she should break up with Gap Dol since he's a loser in her eyes. Later on she regrets her position on that one when, after half the series is over, Gap Dol finally passes the exam and is hired in a civil service position with a decent starting salary.

Only Gap Soon in the interim has become less interested in him (at least on the surface) because she has started her own business and even though it's menial work she is ambitious to succeed at it and then be able to hire her own workers to do the menial work while she is in a managerial position eventually. She also, for awhile, has another suitor who is a rich chaebol's son, and she toys with the idea of making things permanent with him instead of Gap Dol. Gap Dol also has a woman at work who likes him, too, though his heart has always been with Gap Soon and he wants to get back with her desperately now that he's a financial success. 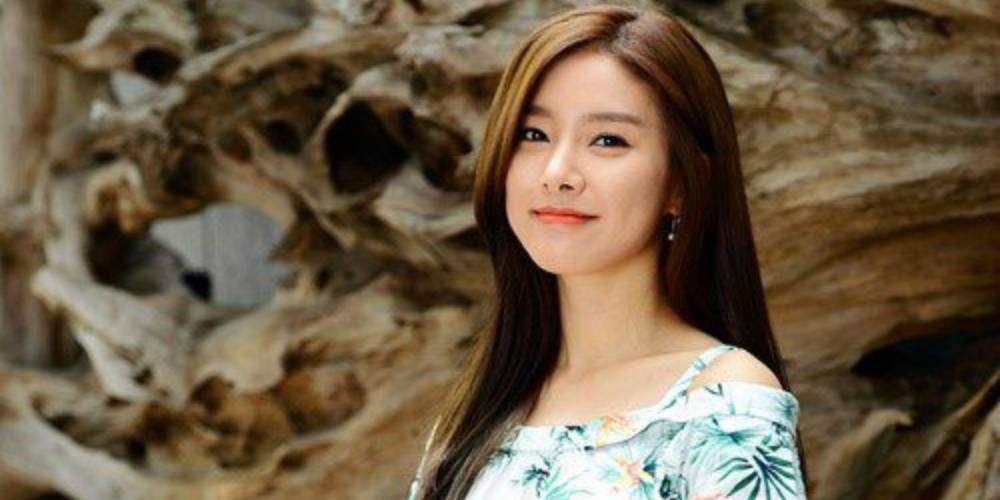 Kim So Eun as the titular character Gap Soon


Gap Soon's retired father Shin Joong Nyeun (Jang Yong) doesn't seem to push his daughter in any specific direction, and I wasn't quite sure of why in the beginning: I could tell he loved his daughter but I think he was basically unhappy himself with his own marriage to her mother and distracted by that unhappiness to care too much for his children's lives. As time went on I became more and more annoyed and exasperated with him.

Gap Soon's brother Shin Se Gye (Lee Wan), a medical doctor, suffers from the same avoidance syndrome from their father, and hence has ended up being the moral and financial strength of his extended family because they didn't find it in their father. Dad never seems to give his son advice that might help him one way or the other, even when he ends up with an arranged marriage to a woman named Yeo Gong Joo (Jang Da Yoon) whom he isn't sure he loves, just because that marriage would help solidify his career at the hospital he works at. A truly involved, caring father would say something like, "Why don't you date her longer to see if she's a good match for you, son?" but nothing like that wise advice comes from his lips. 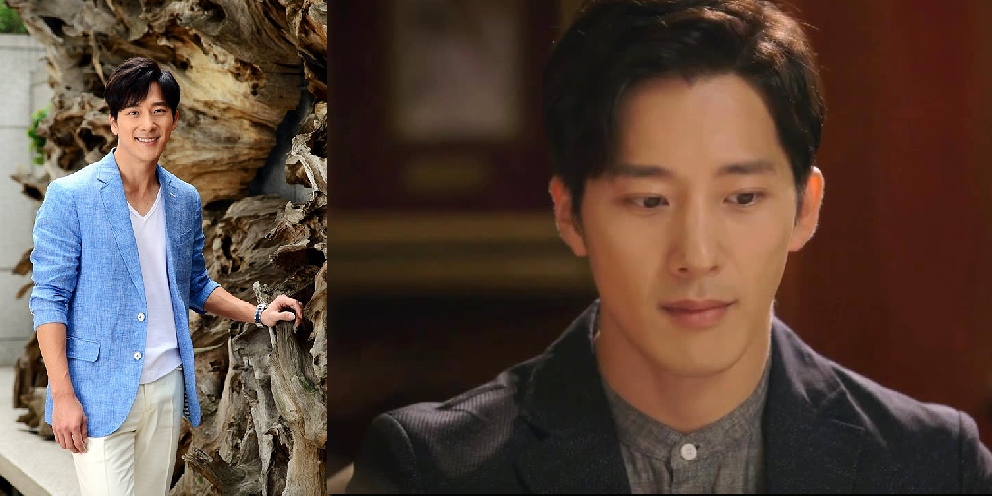 
So many times I wanted to shake that Dad! A solid, decent father can still help his children once they are adults! He had foolishly squandered a lot of his retirement money and feels badly about himself ... hey, Dad! How about finally growing up when you're in your 60's, for heaven's sake! He spends his days toying around with garbage neighbors throw out, collecting what he wants out of the stuff and bringing it into their home, then blames his wife when she loses patience with it (and him) and throws the junk out! He decides to run away from home. (What is he, 5?). To be sure his wife was sometimes annoying but wouldn't you be if you had to live with such a loser? He says, "There's no joy in life", and completely forgets that his children are good people who could give him joy when all else fails. Selfish!

Dad's vacillation also negatively affects his older daughter's life, Gap Soon's older sister Shin Jae Soon (Yoo Sun in a LUMINOUS performance, boy did she win a new fan in me!), who has married a divorced man named Jo Geum Sik (Choi Dae Chul) and has to put up with his interfering ex-wife who wants back into his life, named Heo Da Hae (Kim Gyu Ri), who just happens to be Gap Dol's older sister. Talk about your extended family! 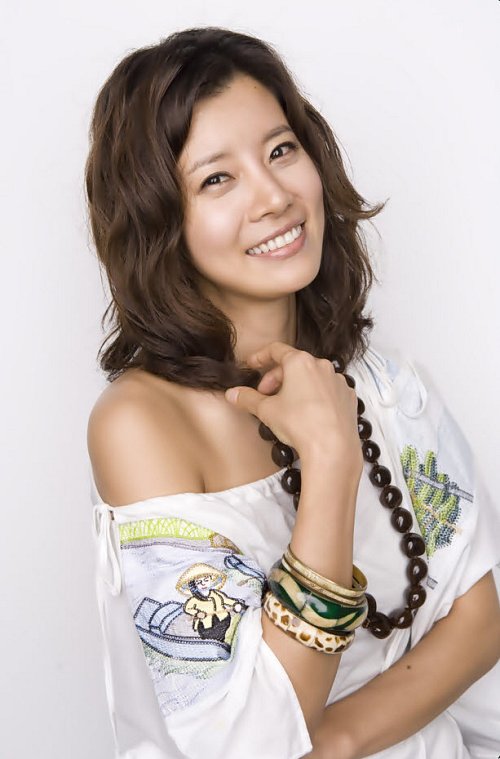 The ex-wife depends on the alimony and child support from her ex-husband to keep going in life economically and she never feels it is enough, making him feel guilty about it, to the point where it negatively affects his new marriage with Jae Soon. The ex will call him and ask him to meet her and he'll go sneaking off, not telling his wife where he is going, or why. Red Flag Time! Will the ex-wife ever get her act together and leave him alone? Will she ever realize she's young and strong enough to make it on her own, and that she shouldn't interfere with the relationship her two daughters have with their father's new wife, especially since the woman is the primary caregiver for them since the ex-wife lost custody of the children? 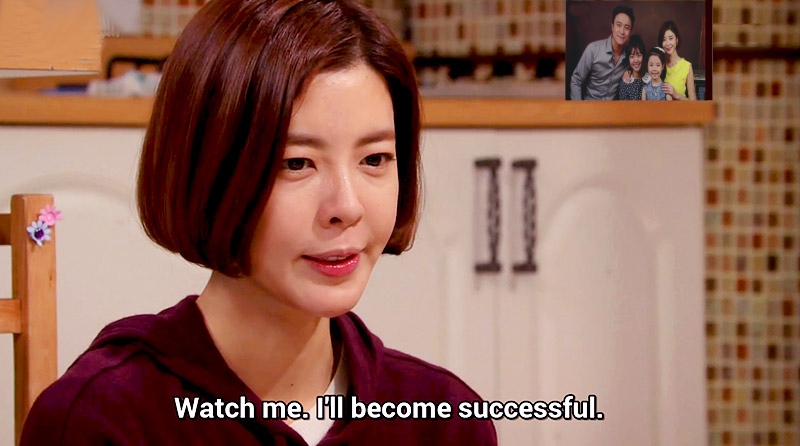 Kim Gyu Ri as the meddling ex
Her character did have some nice
growth but it sure takes a long time!


His two young daughters from that former marriage constantly give their new step-mother a hard time, even when she bends over backwards to make their lives smooth and easy. Their allegiance will always be with their mother ... or will it?

Then for even more entertainment there's Gap Dol's often amusing mother Nam Gi Ja (Lee Bo Hee) who decides to fall in love against her will with an ailing, handicapped old man she takes care of as her profession, a man named Yeo Bong (Jeon Guk Hwan) who just happens to be Se Gye's rich father-in-law. Is he falling in love with her, too? It's just one big happy extended family in this drama, isn't it? 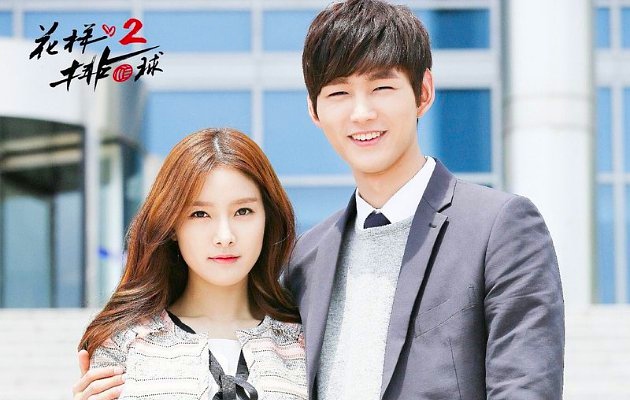 If you like family dramas and don't mind the long length then give Our Gab Soon a try. The drama seems topical to today's fluid modern society; it examines positively and negatively various kinds of relationship units between the characters: a "normal" marriage, a divorced couple, a re-marriage, a common-law marriage, marriage between the elderly, and co-habitation without marriage. All the characters' ups and downs drove me crazy sometimes, and made me awfully glad I am single! Who needs the headaches of complicated relationships, especially when you get older? 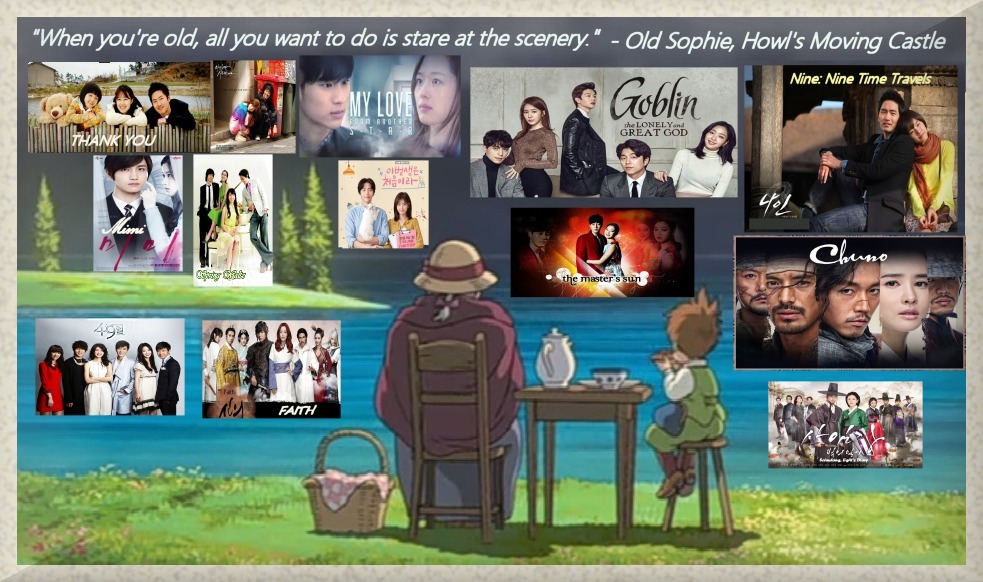 This drama often made me think of Old Sophie's words in Miyazaki's classic animated tale Howl's Moving Castle (2004): "When you're old, all you want to do is stare at the scenery." There's great truth in that. Even if your chosen scenery happens to be wonderful, creative Korean dramas. ;) 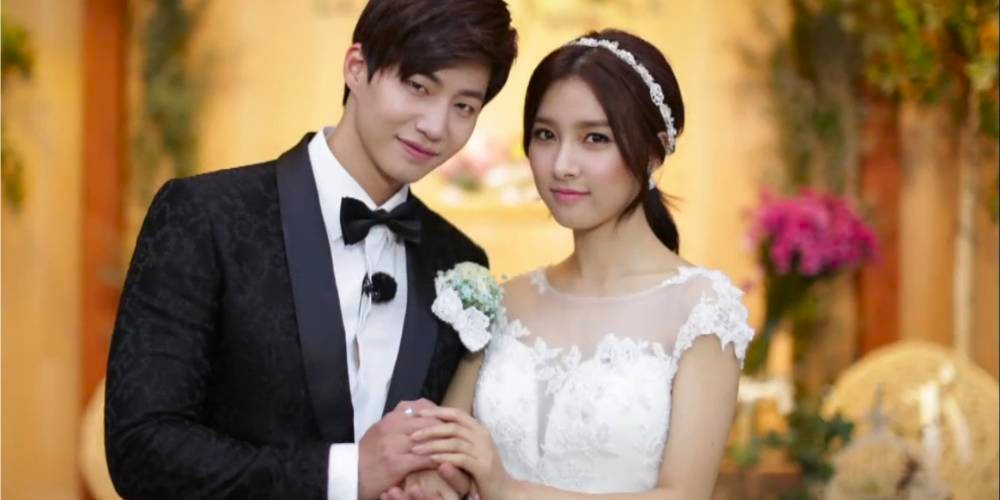