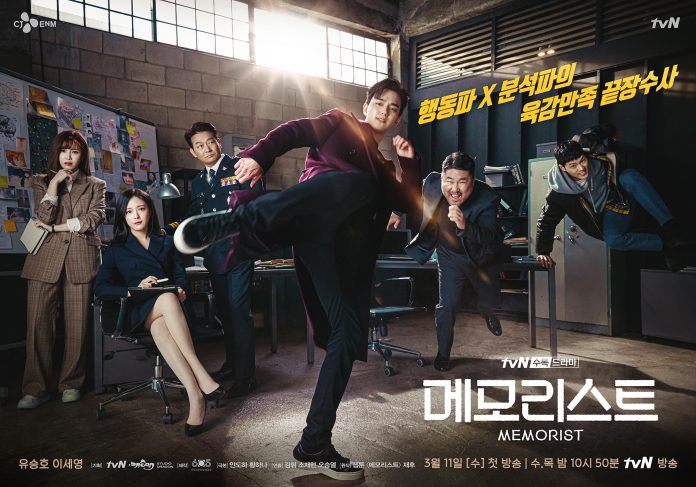 Based on a popular webtoon of the same title written by Jae Hoo, with a derivative live-action screenplay by Ahn Do Ha and Hwang Ha Na, Memorist (2020) starred an actor I've watched grow up on screen for the past fifteen years, from child star to adult, Seung Ho Yoo (Love Letter, The Legend, Operation Proposal, Remember, Master Of The Mask, I'm Not A Robot), and since he tends to pick intriguing projects I decided to watch this police melodrama, too, even though during the Coronavirus pandemic, when it began, I was more likely to seek out soothing dramas to watch instead, to calm myself down. ;) However, I just have to try everything this wonderful actor works on, since he's been a personal favorite of mine for a long time. He has literally grown up before my eyes and I am very fond of him. I would strongly suggest, however, because of some of the crime scenes in this police drama, that this drama should not be watched by anyone younger than eighteen. 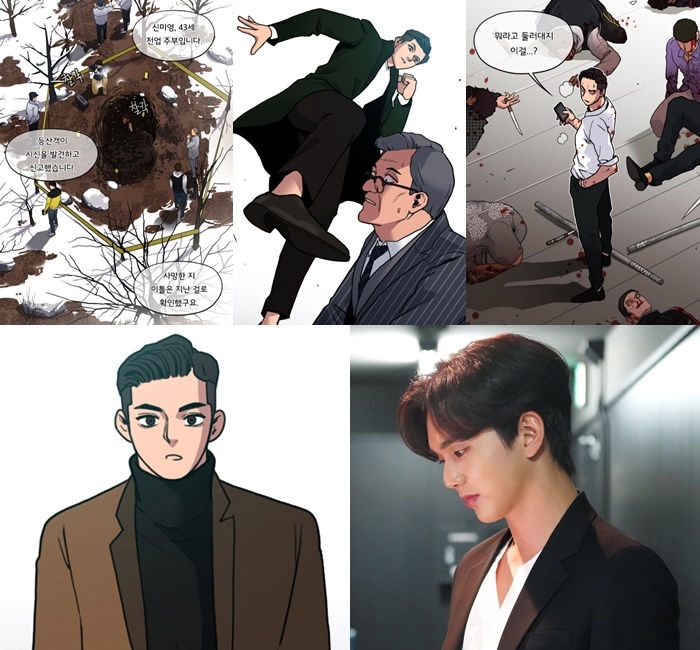 I was also fond of the leading lady, Lee Se Young, who had been so wonderful in the 2018-19 masterpiece The Crowned Clown, with actor Yeo Jin Goo. I wanted to see if her chemistry with Seung Ho Yoo could be as strong as it was with Jin Goo; honestly I don't think it was, they played more professional colleagues here in Memorist than a romantic pair, but they both did work seamlessly together, as one would expect two well experienced actors of their caliber to do. I enjoyed watching them spar off each other in the beginning of the story, and then come together in mutual understanding and trust in later episodes, becoming quite simpatico. They had previously worked together as child actors many years earlier, so you could easily notice that they were very comfortable meeting up again on this project, and acting their hearts out in these rather complicated, more adult roles. 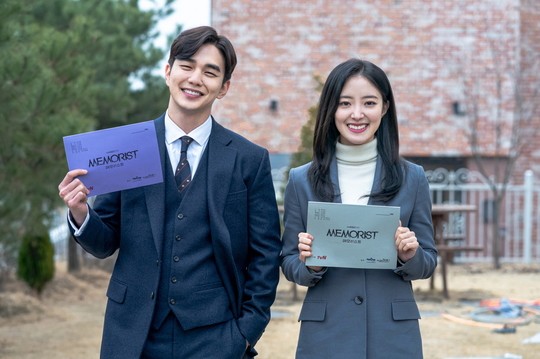 A young man in his twenties named Dong Baek (Seung Ho Yoo) has no memories of his childhood, teen years, or his parents; however he does have a supernatural ability to access the memories of any human being whom he physically touches. With this special gift he decides to become a police detective, and soon enough this powerful ability he possesses is used to solve crimes which have baffled the police department in Seoul for years. It also makes him nationally famous as a celebrity detective, with young people following him in droves to cheer him whenever they see him in the public square. It doesn't allow him any kind of personal life, since he rarely has any privacy. There are certain higher-ups in his police department who are jealous of his special gift and his wild popularity, although they camouflage it well, including police chief Lee Shin Woong (Cho Seong Ha). Dong Baek's personal team, however, are 100% in his corner, including older detective Koo Kyung Tan (Cho Chang Seok) who is like a substitute father for Dong Baek, and kindly younger detective Oh Se Hoon (Yun Ji On) who is like a brother to him (both pictured with him, below). 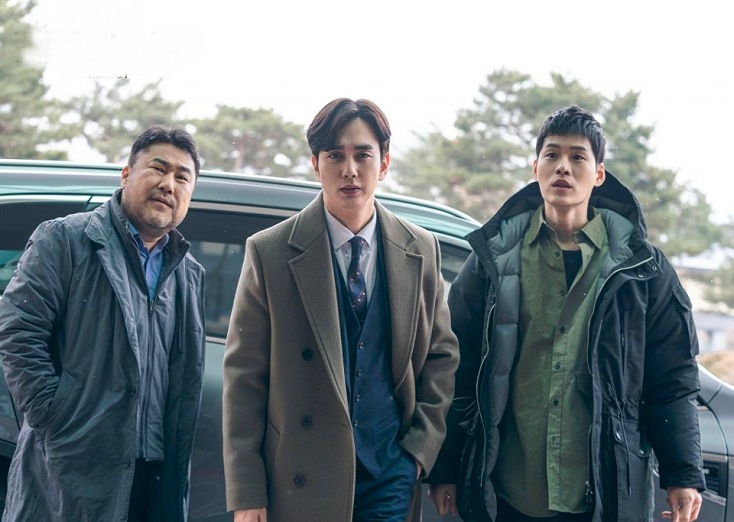 However, Dong Baek does have one troublesome personality quirk that often gets him into trouble: he has a short temper, and on several important cases in the past has punched or kicked suspects he has come to arrest on the job. He seems to be constantly being brought before disciplinary hearings and has several times almost been dismissed from his job as a detective. Someone at the top always seems to be protecting him from being kicked off the force, but does that person have a secret motive for doing so?

For instance, in this early scene, pictured below, handcuffs are placed on him to keep his tendency to violence against suspects in check. However, just as that is happening he knows he needs to get back on a certain crime scene involving someone in danger, and he manages to escape that situation by touching everyone in the car, discovering their secret memories, and revealing their own shortcomings and personal treacheries toward each other, which angers everyone in the vehicle. The car shakes, he manages to get out and return to the crime scene to save the day. Moral: never interfere with someone with that much dedication to his profession! ;) Even when chasing suspects on the street Dong Baek can track the suspect by briefly touching pedestrians passing by who have a memory of where that suspect was heading. The suspects cannot escape him, even when they attempt to hide! What police department anywhere wouldn't love to have a detective with that special ability!? 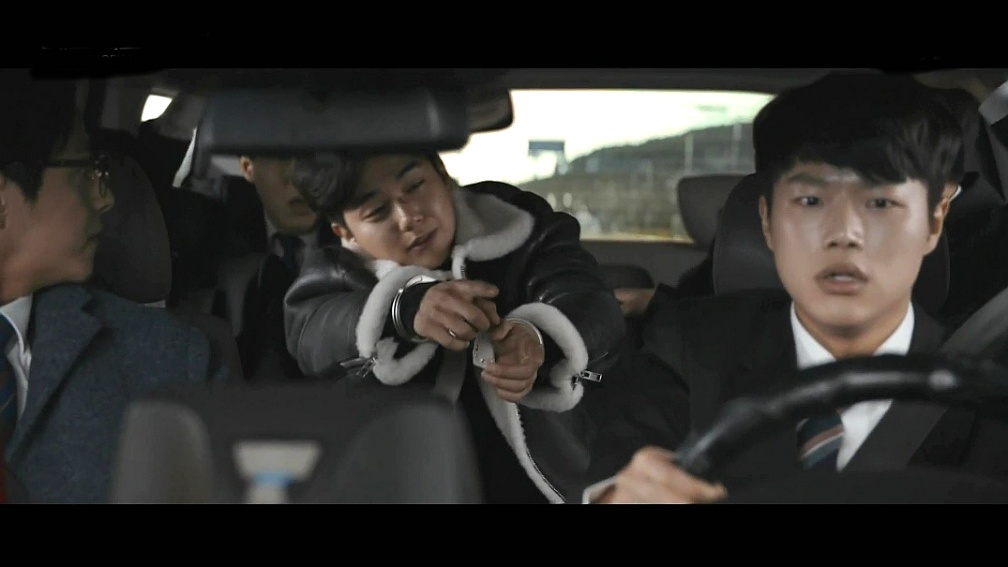 On a new job assignment for catching a serial killer in the city, Dong Baek grows more and more concerned that the key figure might be the cult leader of a famous secretive false "church", one which worships an elderly "Messiah" figure named Park Gi Dan (Lee Seung Chul, creepy performance!). This religious figure has lots of strange followers, many who seem perfectly capable of obeying orders to kill anyone who attempts to leave his "church", or to go after anyone in the media who plans to try and expose his evil ways, including gung-ho female reporter for the "TVC" channel, Kang Ji Eun (Jun Hyo Seong), or to any politician who doesn't want to take his hush money, or to any cop who wants to apprehend him and ruin his reputation with his "church" members. 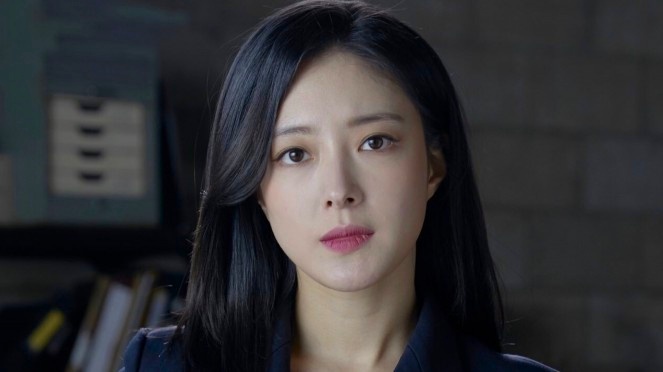 A genius female detective, whose goal is to become a human rights' lawyer, is assigned to assist Dong Baek in tracking down this serial killer. Her name is Han Sun Mi (Lee Se Young, above). However, they frequently fight on the case because Sun Mi does not trust anyone who claims he can access the entire history of someone's memory just by touching them. Only when they realize that both are being targeted by Gi Dan and his cohorts do they understand that fighting won't help them solve the case, but only co-operation will.


Then it's even discovered that Sun Mi's own parents had been killed on the orders of this religious leader Gi Dan for wanting to escape the church with their (at the time) little daughter, and later that Dong Baek's own mother, in a memory he has repressed, was also killed by someone dubious with a possible indirect connection to the insane cult killers. This lack of having a mother in their lives cements Dong Baek and Sun Mi's friendship for good: they have so much in common that they didn't realize they had at the beginning of their relationship. 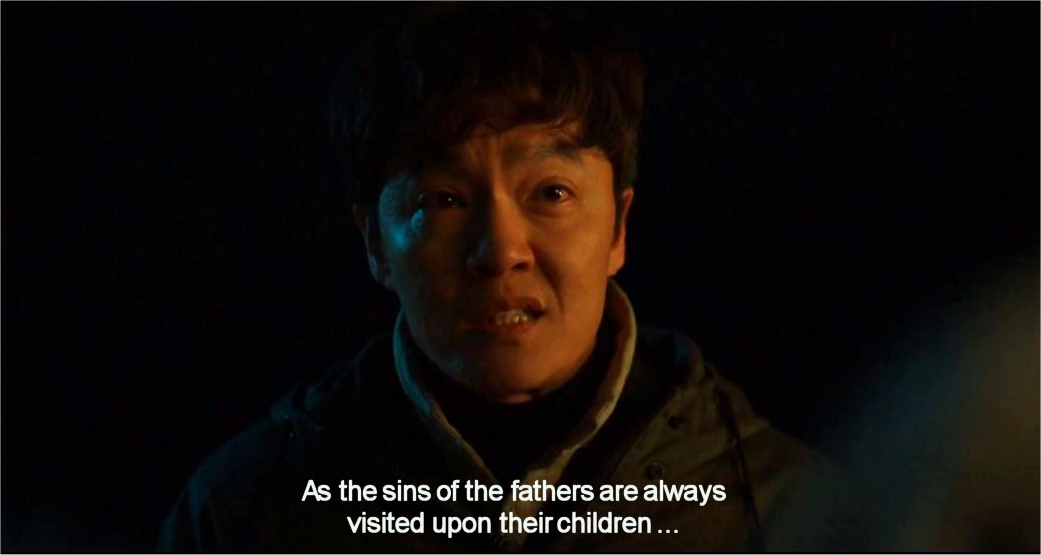 The case becomes even more important to solve when the religious cult leader himself is murdered! Was it an outsider of the church, or an insider, or perhaps a contracted out killer by someone who finally wants Gi Dan disposed of for good? Their suspicions fall on a male shaman named Jin Jae Gyu (Jo Han Chul, above, who played the main detective so well in Mother), and the entire police department starts following his every move with eager eyes. It's hard to find evidence on this guy. He's very clever at hiding evidence and he claims proudly that he can ERASE anyone's memories whom he touches, the exact opposite supernatural gift that Dong Baek has! The department starts nicknaming him "The Eraser", but is he really the main culprit with this skill, or is there someone else even more evil hiding in the wings, waiting to strike and kill both Dong Baek and Sun Mi and their professional colleagues? 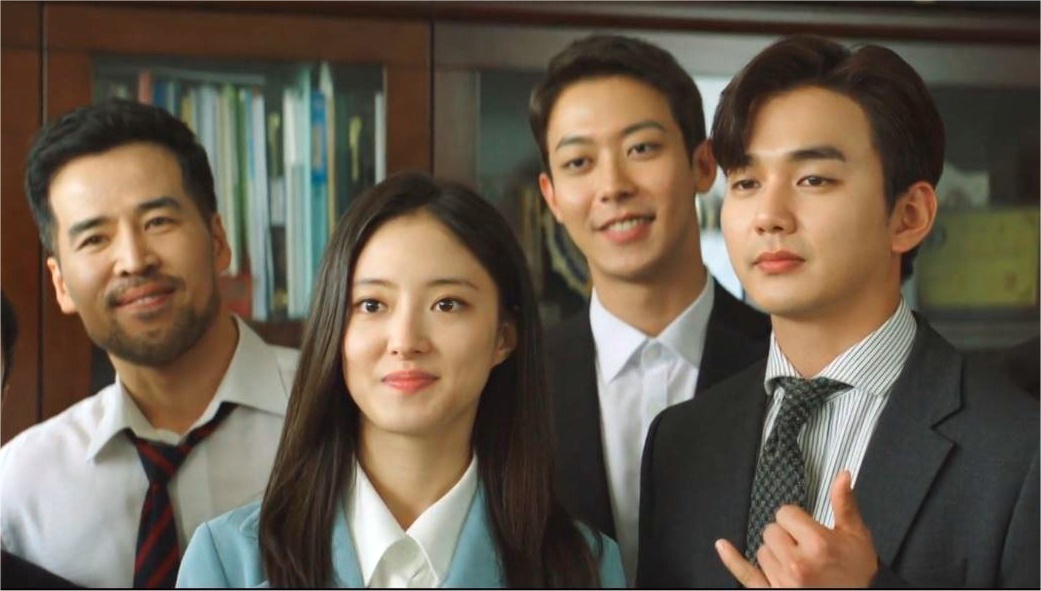 Layers upon layers of unexpected twists and turns in this police melodrama will keep you on your toes mentally from the beginning until the end. Dynamic performances from everyone involved, secondary actors as well as the primary actors, will keep you glued to your screen. There's also some humor in the script to give you a break now and then from all the suspense.

If you love the stars here in this wonderful cast, or if you favor a complicated crime solving melodrama, then definitely put Memorist on your Korean drama queue. Enjoy!