This revenge drama Master: God Of Noodles (2016) started off so powerfully in its narrative that I couldn't believe the quality of what I was watching, and I wondered why I had never heard anyone praising it online while it was running, or afterward, except for one member of my message board who raved about it! I started the drama one night at 11pm and then couldn't go to sleep till 4am, after marathoning the first five episodes straight through. (Lesson learned: I will never again start watching a revenge drama close to midnight -- I won't sleep!). This drama was based on a comic called Guksuui Sin by Park In Kwon and a derivative script was written by Chae Seung Dae. rolex gmt-master ii replica 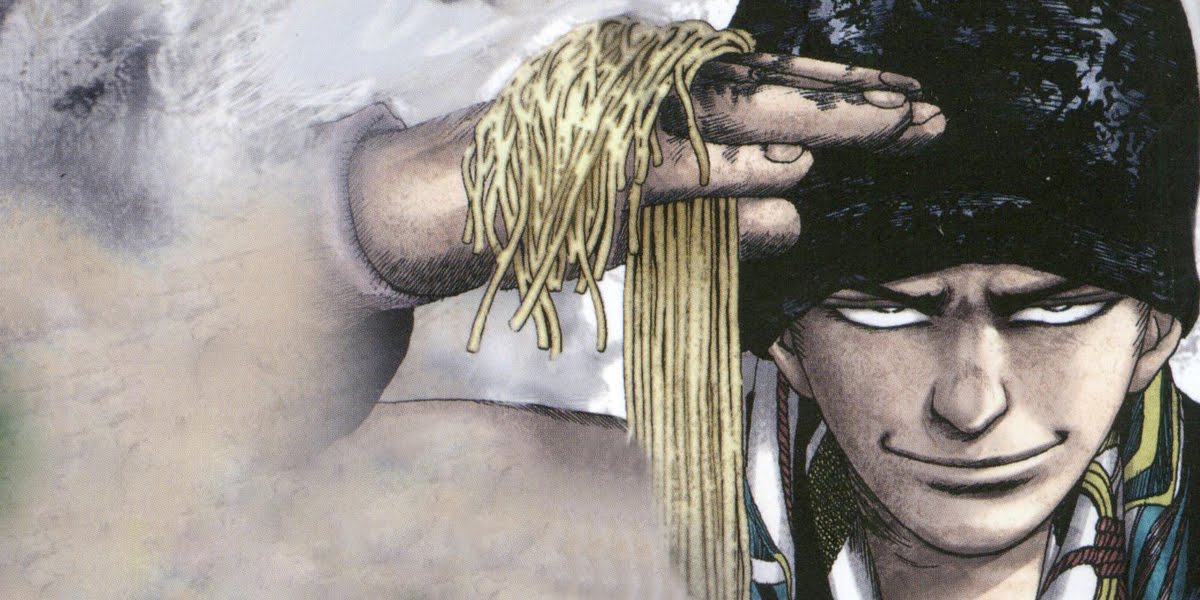 I fully expected to find this revenge melodrama to be a masterpiece by the end, judging from those first five episodes, which had no let up at all in the amazing tension between the two male leads, played by Chun Jung Myung (Cinderella's Sister) and Jo Jae Hyun (Snowman, Piano). Behind their relationship was family tragedy, child abuse, murder, theft, treachery of one friend against another, espionage, Asian mafia, pow pow pow!!!, one after the other! How could this show possibly disappoint, I wondered? I was particularly impressed by actor Jo Jae Hyun as the criminally insane villain. In his other dramas he had played good guys, or at least guys struggling against becoming evil, but in this one his malevolence was the stuff that nightmares are made of!


However, somewhere in the middle of this drama I (incredibly) began to lose interest in the story and it wasn't that difficult for me to analyze why: the narrative started to concentrate more on the panerai replica watches secondary characters that the main character, played by Jung, befriended in his orphanage while growing up. To me they lacked the fire and complexity that the two main characters had, and I think the focus should have remained on the two main antagonists and not the side characters. K-dramas seem to be doing this more and more: they will cast the leads with an eye to hiring experienced thespians and then, to try and capture the younger viewers, cast teen or twenties idols as secondary leads, often with limited acting experience, and then give them a boring romance to muck up the main story. They need to STOP DOING THIS! It ruins dramas nine times out of ten. The populace is aging in every nation and as they do they are not going to want to watch a show aimed at teenager types all the time, they're going to want to watch more shows where the casts are comprised of actors age 35 and older. They'll want to watch mature stories, not something similar to what they can watch on the Disney Channel. This kind of set up reminded me of an old Humphrey Bogart film called The Caine Mutiny, which at its foundation told a very interesting tale of mutiny on a ship, with a deranged captain on board, but then the writer threw in a secondary romance between a young couple that was a total bore, thinking that it would be necessary to make the film appeal to a broader audience. Hell, no! When you've got Bogie you don't NEED a sappy romance between a young couple to make a good film. You have all you really need in your main star. Master: God Of Noodles had all it really needed in its veteran actors Jo Jae Hyun and Chun Jung Myung. I would give their performances A+ grades, but the writing a B+ because of the second half of the drama. It would have been an A without the distracting emphasis on secondary characters. I checked on the background of the scriptwriter and wasn't surprised to see he's pretty much a newbie. He wrote Inspiring Generation and I lost interest in that drama halfway through too, for some of the same reasons. However, I did continue to watch to the end of this revenge melodrama, but the main reason was to see what would happen to the two main adversaries. When a secondary character died I didn't cry a tear, but when the main villain sneered I was scared and completely fixated on him! This veteran actor Jo Jae Hyun is exceptional -- I will watch him in anything! 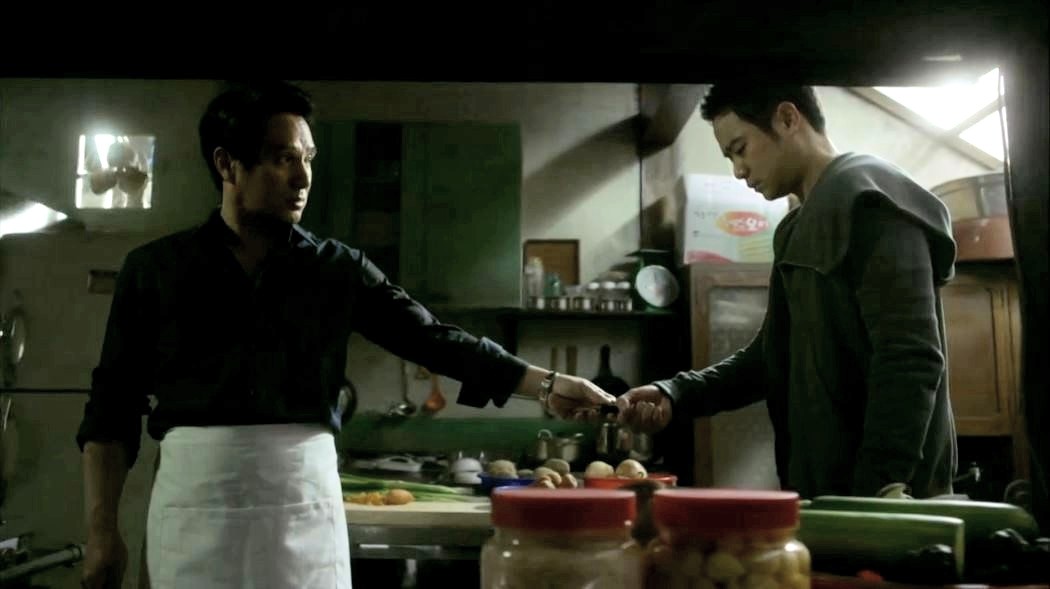 A young man who grew up an orphan, named Moo Myung Yi (Chun Jung Myung), seeks revenge on a famed chef, noodle master named Kim Gil Do (Jo Jae Hyun) who has built up his wealth in the restaurant business for years, based on a stolen book of original custom noodle recipes that he had taken from Moo Myung's father Go Gil Young (Kim Jae Young) during his FIRST attempt to kill the man.

Secretive Gil Do (played as a youth by Baro) had been regularly beaten as a child by his abusive father, and hence grew up with mental problems. He felt he could only succeed in life if he stole from good people, and so he purposely befriended the father of Moo Myung (played as a youth by Ahn Won Jin) under false pretenses and then tried to get rid of him by cutting a rope upon which he was hanging, making him fall down a ravine and appear to be dead. Gil Do runs away with the prized recipe book in his possession and doesn't look back. 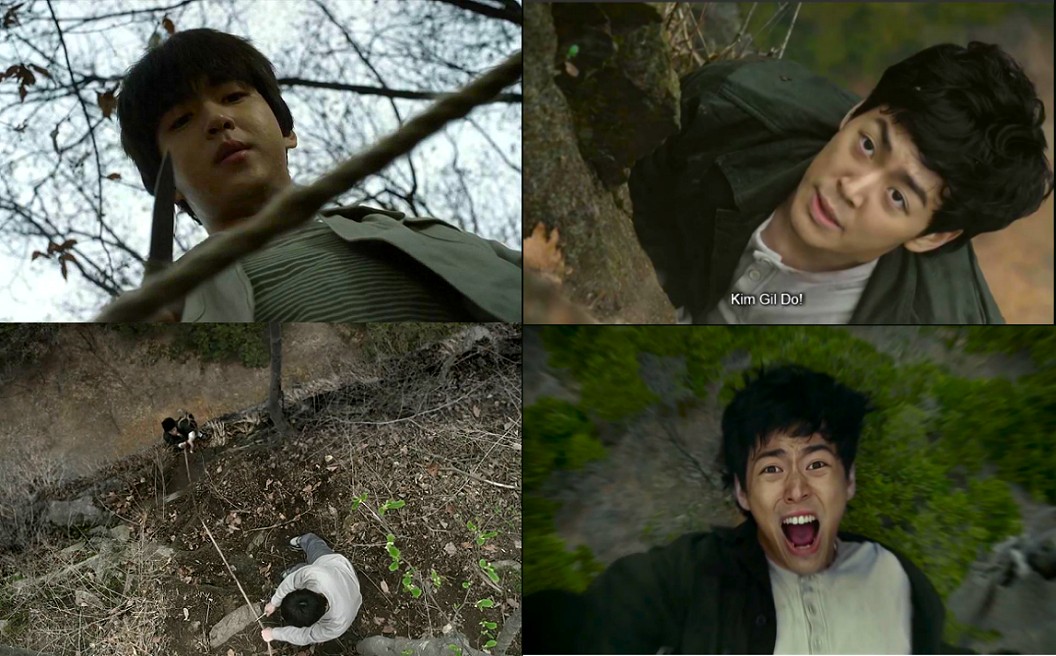 However, the father Gil Young had survived, but was brain damaged, and a local farmer lady takes care of him and eventually they marry and have a child together. Moo Myung's childhood was a happy one, until the now rich, but still evil Kim Gil Do learned that his old "friend", the father of Moo Myung, was still alive, so he poisons them first and then sets their house on fire while they are in death throes so that they burn alive.

Only the young son Moo Myung (Go Woo Rim) was able to escape, secretly, and he sneaks one peek at his family's killer's face, commits it to memory, and plans his revenge from that moment. At one point the lad stands outside a police station and debates whether he should go in and reveal the truth to the law, but then he turns on his heels, making a decision for revenge instead, and walks into an orphanage, which compassionately allows him to stay. For protection he changes his name to Choi Seon Sook.

There he grows up and makes friends with several boys and girls, including a personable boy named Park Tae Ha (Lee Geon Ha as a child, Lee Sang Yeob as an adult) who wants to be a cop when he grows up, a pretty but quiet and studious girl named Chae Yeo Kyung (Choi Ji Won as a child, and Jeong Yoomi - who will forever be remembered as the nasty sister in Rooftop Prince - as an adult), and outgoing tomboyish girl Kim Da Hae (Lee Go Eun as a child, Gong Seung Yeon as an adult). They become their OWN real family and look out for one another and encourage each other in personal goals. When someone attempts to rape the pretty Yeo Kyung, for instance, they will fly to her assistance, even in an attempt to hide a killing in self-defense. 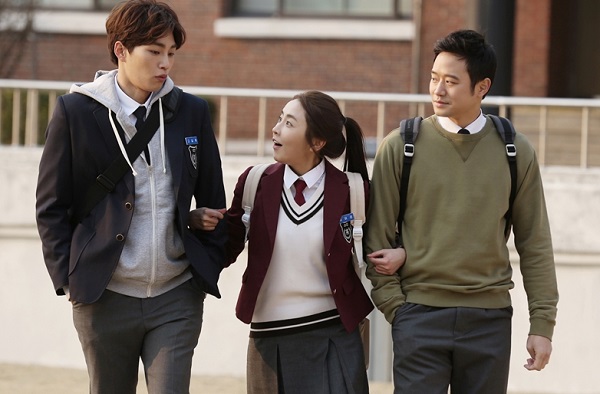 However, the adult Moo Myung, now Choi Seon Sook, has never forgotten his plans for revenge against his father's traitor and killer, and he slowly charms his way into the inner circle of Gil Do, whom he has pinpointed as the murderer of his family, in order to gain more and more of his trust so that he may expose Gil Do for who he truly is - a cold blooded murderer and insane narcissist capable of any evil. He wants to expose Gil Do's true evil nature to the man's own family, his friends, business associates, customers, and the community at large. 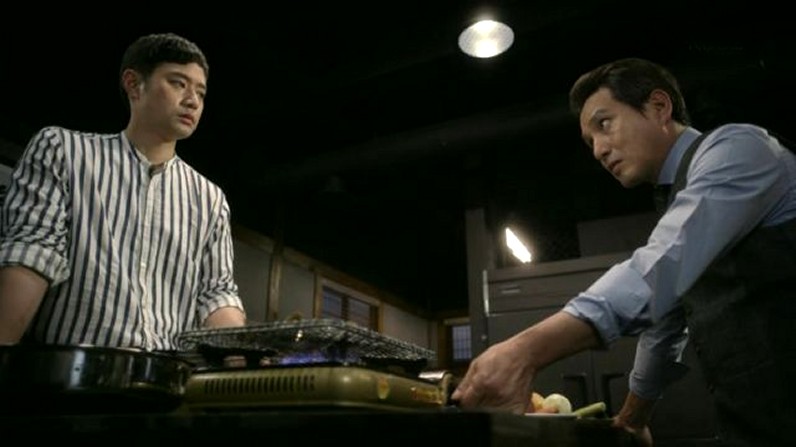 He works at his restaurant as an intern noodle chef and cleverly tries to win Gil Do's trust ... which is hard to do when your target is criminally insane and his first reactions are always to attempt to destroy anyone who gets in the way of his dastardly plans of power and wealth and political prestige. Early on Gil Do begins to suspect the real identity of Choi Seon Sook, wondering if he could have been the little boy who escaped the deadly fire from years earlier, but when he tries to find evidence it is bungled by the detective Doggoo (Jo Hee Bong). 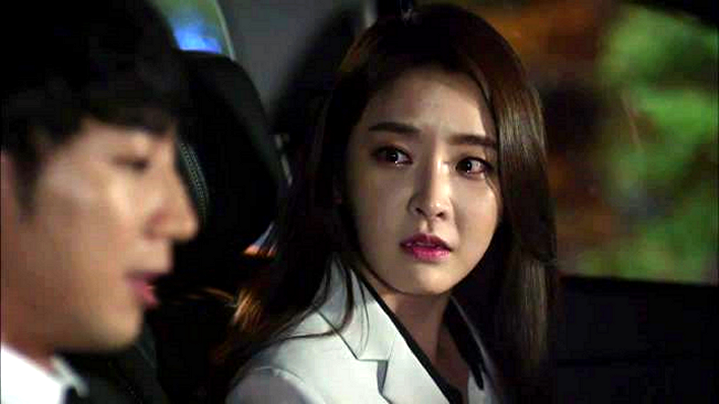 Along the way, Moo Myung aka Choi Seon Sook's friends must balance living their own lives while keeping involved in his, sometimes all of them having to act as if they do not know each other in an effort to hide certain secrets, while all along never really stopping caring for, or supporting, one another during crucial events in their growing up years. There are dirty politicians to confront, and people to expose who feel they have not received what they were owed in life who then make other people's lives miserable; in addition there are also plans to murder certain individuals, and there are also secret familial relationships and connections that need to be revealed. All these subplots are typical for most Korean revenge dramas, but often I can't help feel they detract from the main emphasis of revenge between the two main people who are the foundation of the story. 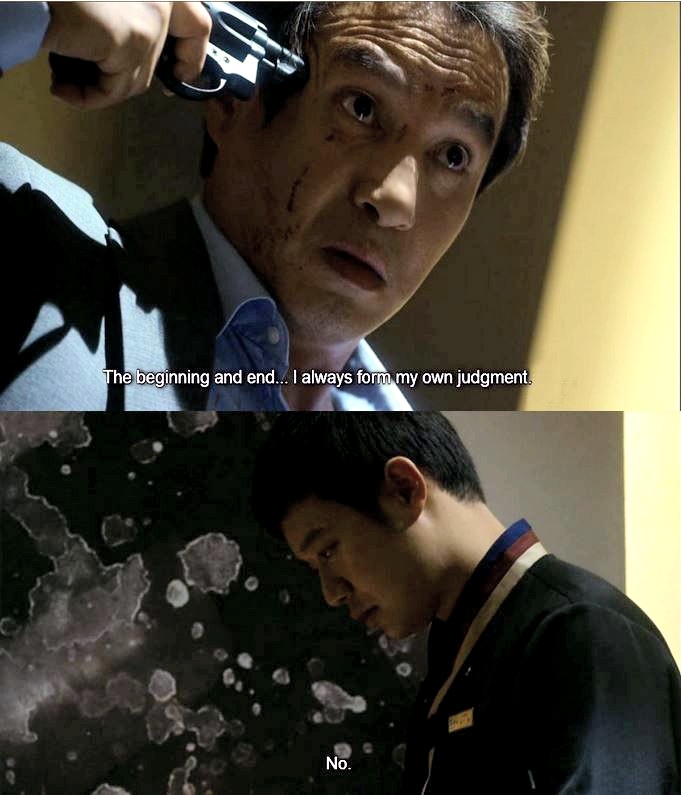 All during this revenge melodrama I wondered if the end would bring a typical ending where the person seeking revenge would die, like poor Nam Gil Kim's characters had to suffer in the revenge melodramas Bad Guy and Shark. However, the drama went into a different direction than that, which in equal turns made the drama interesting because it was different, and yet also less interesting because it seemed anti-climactic. It DID go out with a "Bang!" though, which will please some, but frustrate others. There's also Hope, as many of the characters at the end become free of old hurts and can start anew, including Gil Do's own daughter, with a good heart, who eventually becomes a better noodle chef than her father.

This was my 280th K-drama completed. Enjoy.