A touching and emotionally challenging two episode romantic melodrama, Individualist Ms. Ji Young (2017, aka The Happy Loner) seems to begin as a romantic comedy but that's a facade for what is soon to come: an in-depth examination of a woman who finds it impossible to love anyone because she came from a completely abusive home (for instance, one Christmas her parents presented her with a dead cat as a "gift" because she had said she wanted a kitten as a pet!). There was constant fighting in her home between her parents so when she became an adult she finds it impossible to trust people and is a committed loner (individualist). Then into her life comes a sociable, but a bit quirky love interest fellow, but will she fight him off like every other man who has tried to make her love him in the past?

The two main actors brought a lot of bittersweet qualities to their roles, quite a daunting challenge for a drama that only lasts two hours, in two episodes. If you like complex melodramas then by all means don't miss this one! I watched it all the way through without stopping, like a movie. It has very few typical K-drama cliches, which is refreshing. The writing keeps you guessing. I love that! 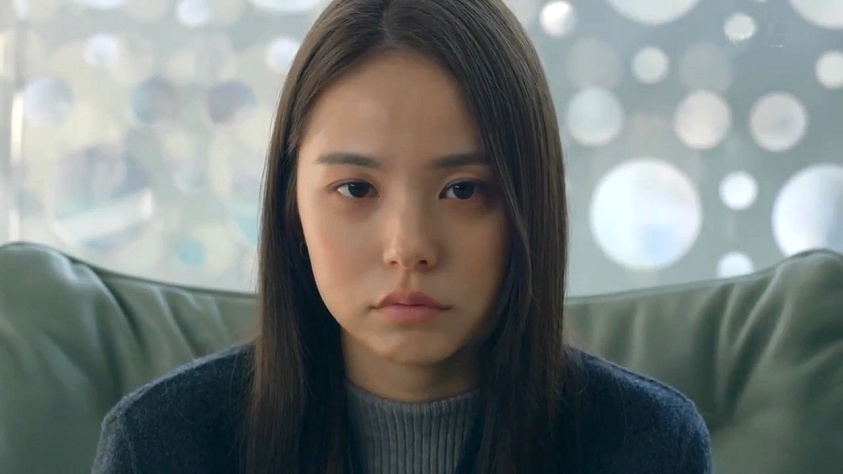 Can Any Man Get Close To This Face?

Ji Young Na (Min Hyo Rin, actress-singer, outstanding performance here, from the films Uhm Bok-dong and Sunny) is a thorough individualist and loner, stemming from growing up in an abusive home. Ironically, she chooses nursing as a profession, but all her female co-workers seem a lot more compassionate and interested in their work and patients than she does. It seems if she ever lets a guy get close to her it's for quick sex only, and then out the door he is kicked. She has no interest in marriage or in having children, after the terrible example her parents showed her during her formative years.

Our Love Is Untouchable .. Or Is It Really?


Park Byeok Soo (Gong Myung, member of K-pop group Surprise, and from the classic K-drama To The Beautiful You) is the type of man who can't live without having relationships with women, but he has an underlying reason for why he does: he's just an office worker and he wants to save money on rent by shacking up with women. By coincidence, his latest love interest who dumps him, and tells him to leave her apartment, lives right next door to loner-individualist Ji Young.

Because of disturbing the peace during their latest break-ups, Byeok Soo and Ji Young meet at the police station. They don't hit it off at all, but that doesn't stop Byeok Soo from targeting Ji Young as his next "love" interest because she lives next door to his ex. However, he has no idea who he is really facing: Ji Young takes no guff from anyone!


Byeok Soo tries every trick in the book to make her notice him, but nothing works -- until he pretends to be sick and homeless. Then Ji Young happens to show an ounce of compassion to him and tells him since she works long shifts as a nurse he can stay at her place to sleep -- on the floor -- when she is not around, on the understanding that it is only temporary and he must find his own apartment soon. 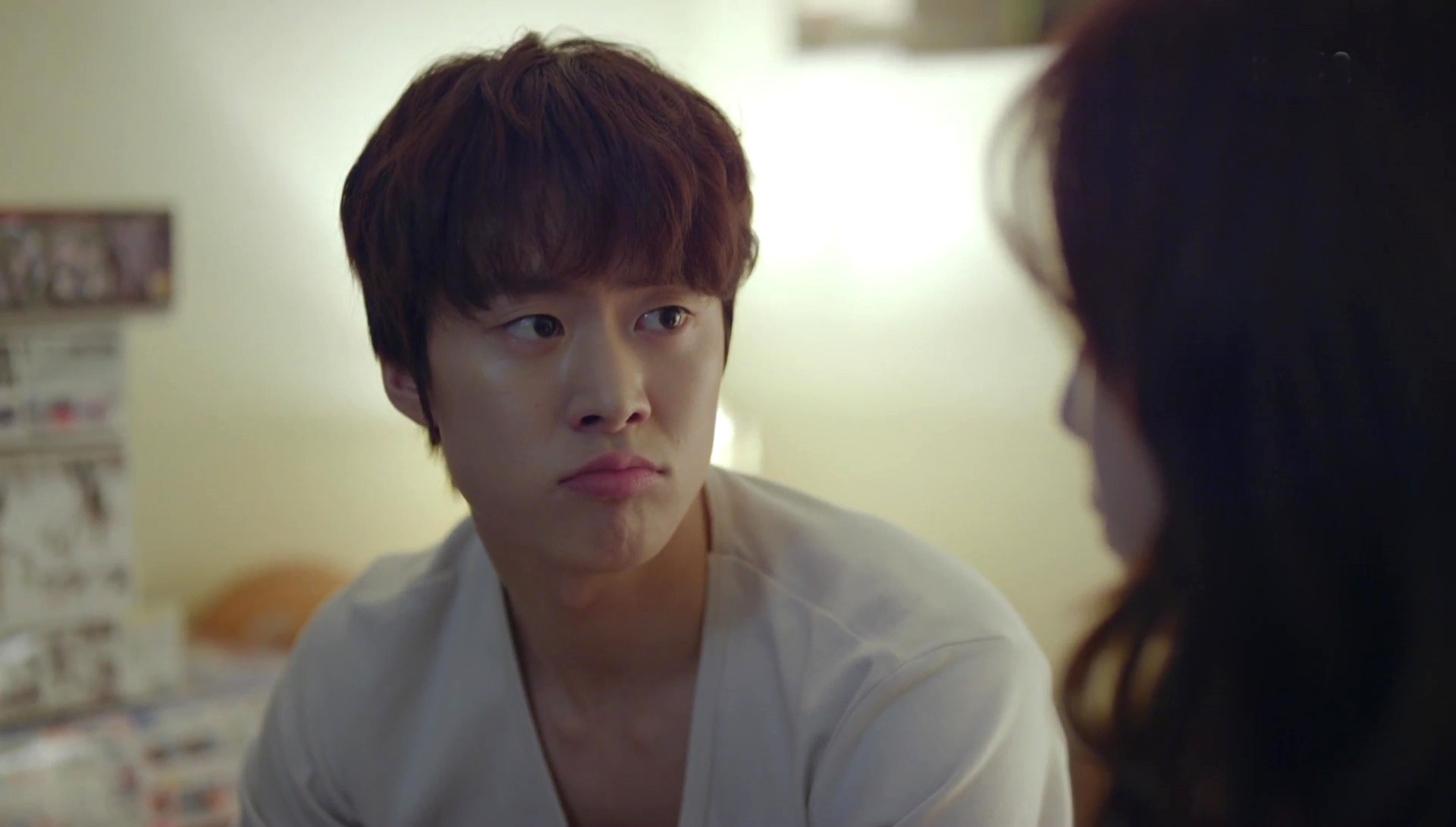 The inevitable happens, however, and they slowly begin to feel attracted to one another. He buys her a kitten as a present (not knowing that her parents cruelly gave her a dead cat for Christmas when she was a child!). Ji Young seems pleased, but scared about committing to a pet, too. (I was feeling deja vu; I kept thinking of Because This Is My First Life and Audrey Hepburn's film Breakfast At Tiffany's with the cat scenes). 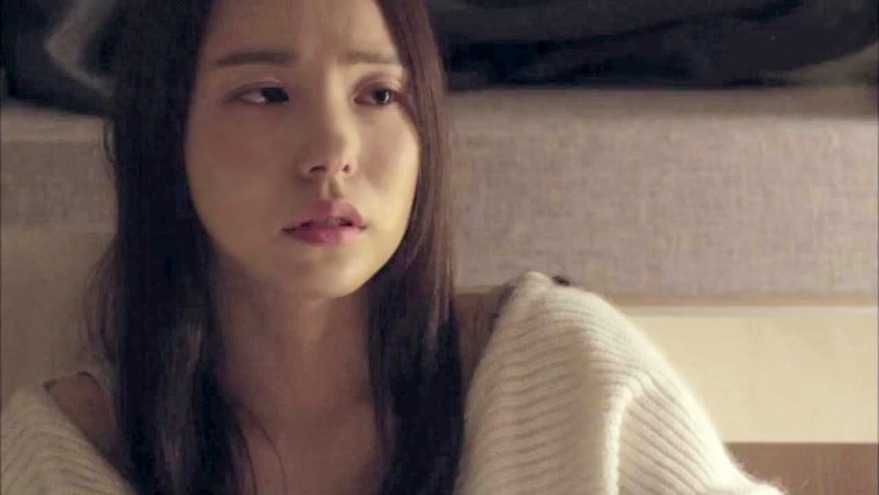 Things seem to be going well between them for a time but then Byeok Soo makes the mistake of reading her diary, a process which she commits to for her mental therapy sessions with her female psychiatrist Soo Kyung (Oh Na Ra). He is horrified to learn about her childhood and when he finds out Ji Young has been ignoring her estranged mother's phone calls, telling her that her father is dying, he intercedes and tries to make Ji Young meet her mother. 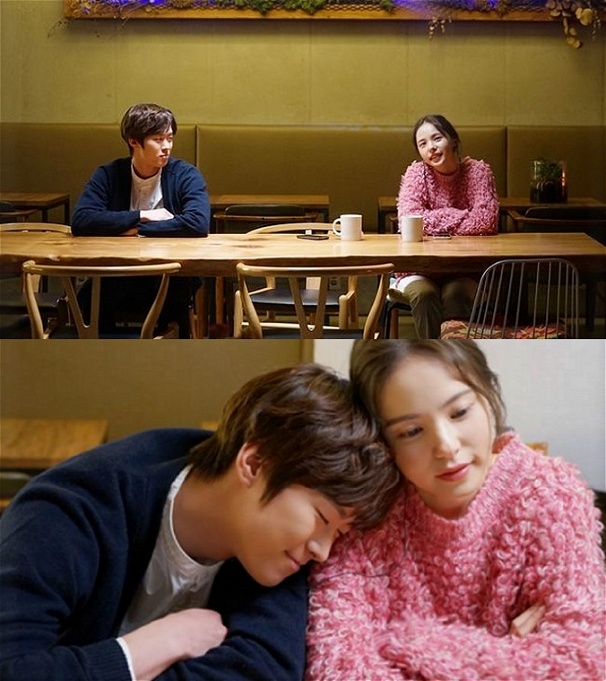 As soon as she finds out what he has been up to, Ji Young is having none of it - and none of him anymore - and tells him to leave her apartment NOW. She refuses to meet her mother, or see her dying father. It's just too much for her emotionally: she finally found someone who genuinely seemed interested in her as a person, and then he invades her privacy in such a delicate way, and even seems to have no animus toward her abusive parents.

Months go by, and after the storm in her heart quiets down, Ji Young begins to think rationally for the first time, and realizes how much she is missing out on in her life by being a committed loner. One afternoon she just breaks down crying in the hospital restroom and is consoled by a female co-worker. She realizes that her awful parents will have won over her life if she never commits to anyone, or has her own family. Ji Young is finally growing up, and all this time Byeok Soo has been waiting for her, waiting to say he is sorry, that what he did was simply out of concern for her, not to ruin her life, but to make it better. Will she finally be able to forgive him and find true love for the first time in her life? 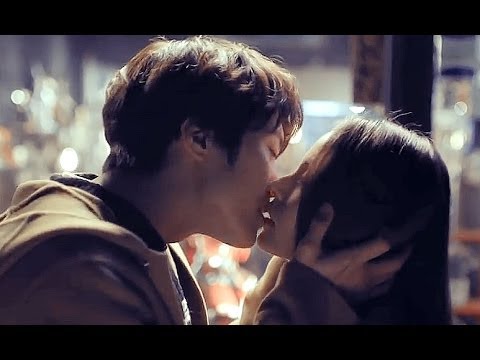 If you like a gripping and realistic romantic melodrama, with above average acting, one that doesn't drag out for twenty episodes or more, then this two episode bittersweet drama is perfect for you. It is one of my top favorite short Korean dramas. Enjoy!