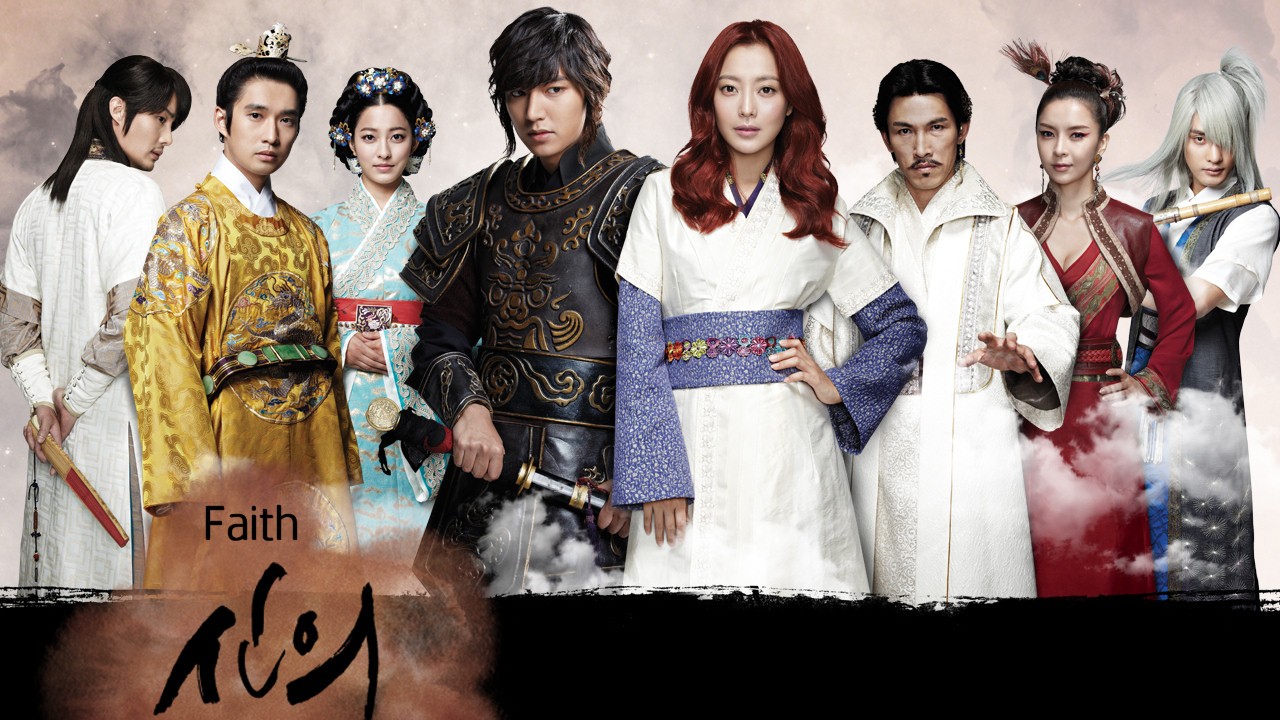 Faith (2012) is a stunning fantasy-historical Korean drama, with a dream cast, impressive cinematography, special effects, sets, haunting music soundtrack, and beautiful screenplay. Charismatic heart-throb actor Lee Min Ho, the most popular Korean actor in the world today (who won the SBS Awards Best Actor In A Miniseries award for Faith), looks sexier than ever in the lead role, even when his character Young Choi, a warrior General to King Gongmin of the 14th century (actor Deok Hwan Ryu), receives a sword wound in his stomach! His mannerisms are the most masculine, dignified, and "Alpha Male" in Faith, with all the impressive martial arts scenes, not to mention the passionate love scenes. No longer a "flower boy", but a real man.


I absolutely adored the brave lady doctor character Eun Soo Yoo (exquisitely beautiful actress Hee Sun Kim from Sad Love Story who won Best Actress at the 20th Korean Culture and Entertainment Awards for Faith), and I wish I could kidnap her to be my sister or friend! She was close to a decade older than Lee Min Ho, which brought a lot of extra maturity and excitement to their relationship, in yet another "Noona Romance" (meaning the woman is older than the man). The Koreans are getting REALLY good at these types of shows lately. They're so romantic! Lee Min Ho had a lot of chemistry with his actress in Faith, as compared to the weaker chemistry he had with younger actress Park Shin Hye in Heirs. Faith and Personal Taste are my favorite Lee Min Ho dramas, and in the latter he is younger than co-actress Ye Jin Son as well. I like the trend of pairing the older actresses with the younger lead actors. It's an idea whose time has come. For how many decades have we seen older men with younger women stories? Well, it's time for women to turn the tables on that old tired story plot line! 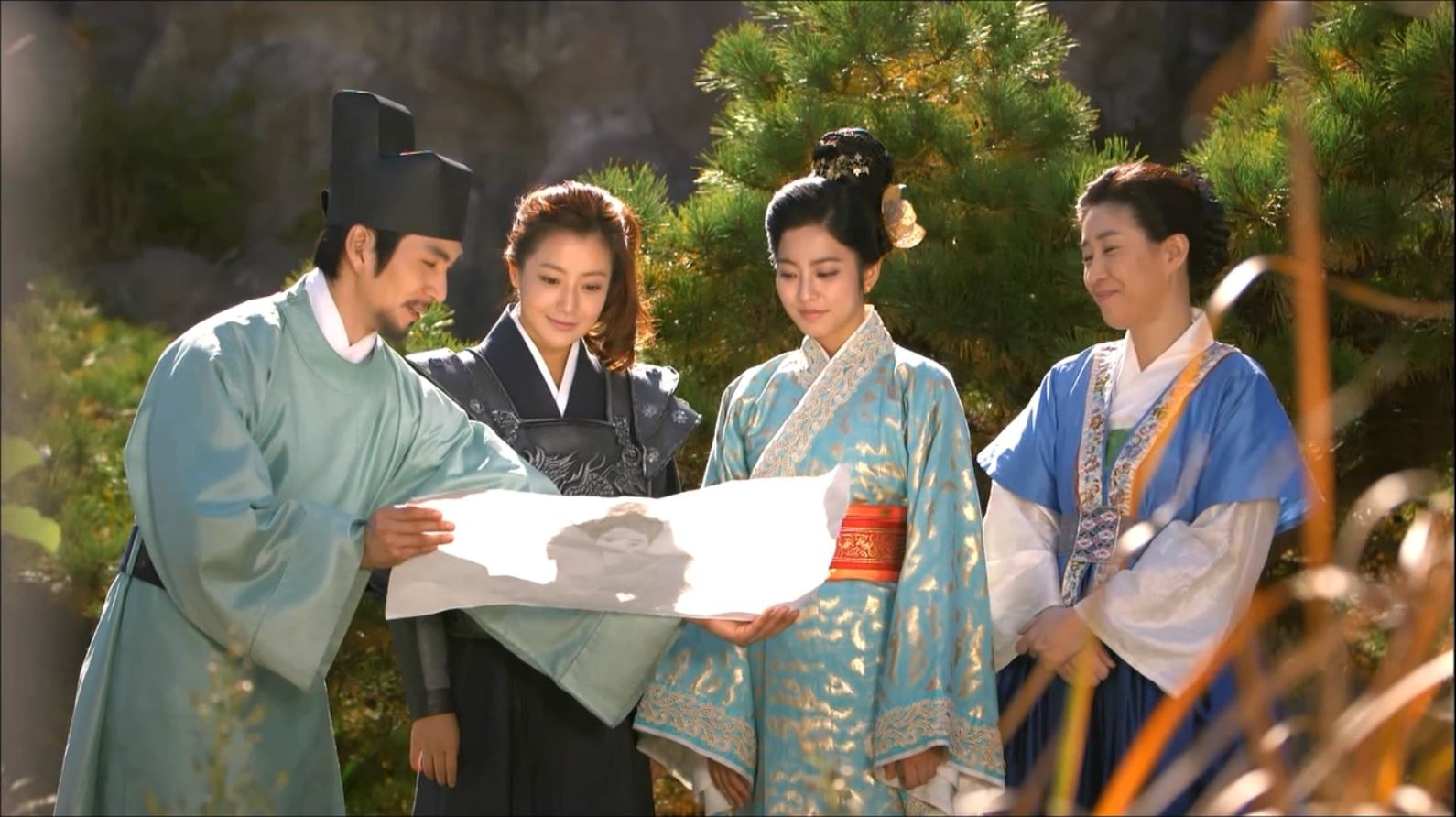 If you love time travel romantic stories, like the classic American film Somewhere In Time, then Faith is for you! The time travel aspect is a lot of imaginative fun in Faith.

The Story: King Gongmin's queen Noguk (Se Young Park) is almost assassinated when an attacker's sword cuts her neck, and the brave and devoted General Young Choi (based on a real famous general of the early Goryeo period) travels through a portal to the 21st century to find a doctor who can save her life. The first person he can grab is plastic surgeon Eun Soo, who was giving a medical lecture at the time he kidnaps her. Even after a security SWAT team tries to stop him, Young Choi succeeds in taking terrified Eun Soo back through the portal to the 14th century Goryeo era to heal the queen, which she does, impressing everyone with her medical skills, even the King's resident doctor Jang Bin (dreamy actor Philip Lee from Secret Garden). However, the portal closes back up and Eun Soo is stuck - at least temporarily - in the Goryeo era, and has to try to survive in a bewildering, frustrating non-modern era, with no antibiotics, few surgical tools, and against a backdrop of medical ignorance of the time. She is treated well by the King and Queen, however, for her great services to them.


Traveling to the Future


A true affection grows between the doctor, the royals and their staff, and ultimately an attraction begins to build between the calm and matter-of-fact Young Choi, who believes in using his head to solve problems and not his emotions, and the flighty, highly emotional, sometimes hysterical (at least in the beginning) Eun Soo. The people she deals with believe that Eun Soo must be the apprentice of the legendary late Chinese surgeon, Hwata, who was sent from heaven with advanced medical skills to heal their people. Since Eun Soo just happens to know the Chinese language, as well as Korean, this perception sticks. 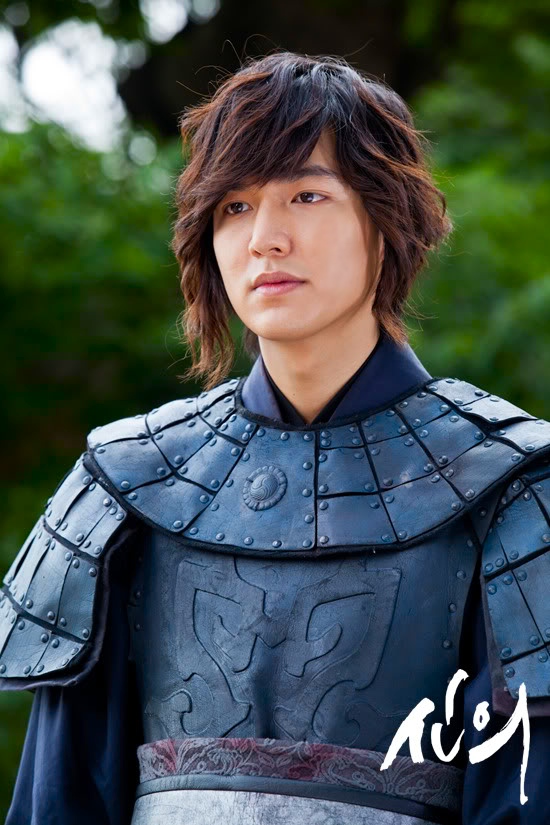 During her time in the Goryeo time period Eun Soo grows as a person in tremendous ways. She becomes a strong survivor, a shining light to many people, partly because of her ability to predict the future, but unfortunately also an attraction to the King's enemies as well, including the Yuan overlords who wish to destroy King Gongmin's reign, but chiefly Cheol Gi (actor Oh Sung Yoo from Swallow The Sun), a nobleman in a neighboring land, who desperately wants to live forever and thinks if he can kidnap the lady doctor and go with her through the portal to "heaven" (the future) that he will achieve that goal. This earns him the mistrust and ire of Young Choi, with good reason. He had promised Eun Soo that he would get her back home, even if it cost him his life.

Young Choi has to thwart many attempts by Cheol Gi to take her from him. Eun Soo even reaches the point where she tells Young Choi she does not wish to return to "heaven", but would prefer to remain by his side, but that would cost her her life since she has been recently poisoned. She needs to get back to "heaven" as soon as possible, to be cured and to live once more. In a very memorable scene she tells Young Choi what it would be like to live in the modern era without him, that she would end up feeling like a dead person walking anyway. Nobody had ever loved Young Choi that deeply before, except for his deceased father, and he is very much moved, but still determined to save her life at all costs and to get her back to her time period. This scene was so profoundly moving, however, that I just cried and cried. Hee Sun Kim is such a brilliant actress, she just about steals this show from Lee Min Ho! She is one of those actresses who can make you cry one minute and the next minute have you laughing. I adore her and will watch her in anything. 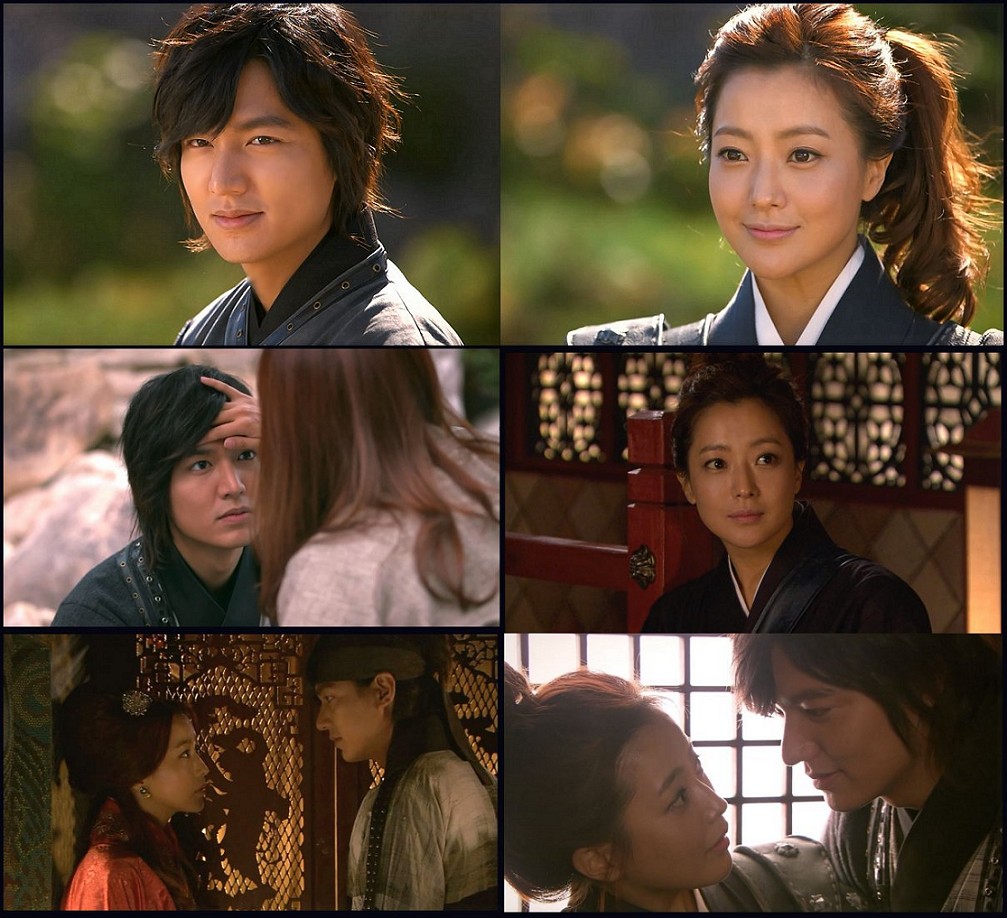 The portal does eventually open up again after a long while (the timing of which Eun Soo discovers through some remarkable events), and Eun Soo dramatically goes through it alone, but ends up in a time period one hundred years before Young Choi was born. She spends a lonely time there waiting for a chance to go through the portal again, documenting her stay there and leaving her writings in a significant place, to hopefully be found by others, but the next time it does open up and she enters it she ends up back in 2012, not the Goryeo era where Young Choi remains, bereft without her.

Will she EVER be able to be re-united with her beloved?

There is a lot of political intrigue mixed in with the romance in the twenty-four episodes of Faith, many impressive battle scenes, and we also have to grieve the deaths of some key characters we have grown to love. This King and Queen and their devoted General are based on famous real people who actually existed in the 14th century, and whom Korean people read about in their history books till this day. This gives Faith an epic feeling that makes it many peoples' most loved Lee Min Ho Korean drama.

The production did have its share of problems, however, including a director, Jong Hok Kim (who also directed Bae Yong Joon's epic historical drama The Legend), who committed suicide after being accused of misappropriating budget money for the show. However it was a personal tragedy that in no way takes away from the beauty of this unforgettable drama that he left behind as essentially his last work. The word "faith" here in Korean ("shineui") means a belief in the justice system, but also can be a term meaning a great physician or divine healer.