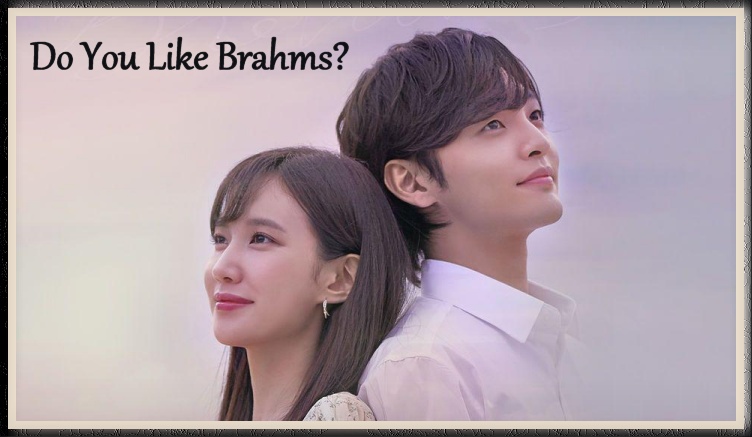 I've played the piano myself since I was a child, so I am always excited when a new Korean drama comes on the schedule featuring music as a general theme of the story, especially classical music and classical music musicians. Although in my opinion no Korean drama on this subject is better than the 2008 masterpiece Beethoven Virus I was willing and eager to give this newer drama Do You Like Brahms? a chance to impress me.


Overall I enjoyed it very much, though the online K-drama trivia / streaming sites kept wrongly labeling this show a romantic comedy, which threw me off. It was not that at all, in fact the four main characters underwent a lot of angst and depression during the run of the series. I was not expecting that to be as deeply entrenched in the script as it turned out to be. Instead of being inspired and happy, as I was while watching Beethoven Virus, I found myself feeling sad through a lot of the drama. While it was airing the pandemic of the COVID-19 virus was already making me depressed. I so wanted this story to help lift me out of those doldrums, but it rarely did. To be sure, there were some nice romantic and bittersweet moments, but overall this is a much darker tale than you might expect when you start it. Fair warning!

The entire plot of Do You Like Brahms? was inspired by the suspected painful historical love story between the famous German classical musicians / composers Johannes Brahms, and the married Clara and Robert Schumann, loosely updated for a modern Korean drama. In a fully melodramatic manner the series tells the painful love triangle story between the lead characters, also entwined with their stories of professional successes, failures, and deep connection with classical music. The scriptwriter then throws in a potential separate love interest for "Johannes Brahms", and the suspense begins with little let-up for any romantic comedy at all. Why do the trivia and streaming sites so often get the synopsis of Korean dramas wrong? Don't they actually watch them? 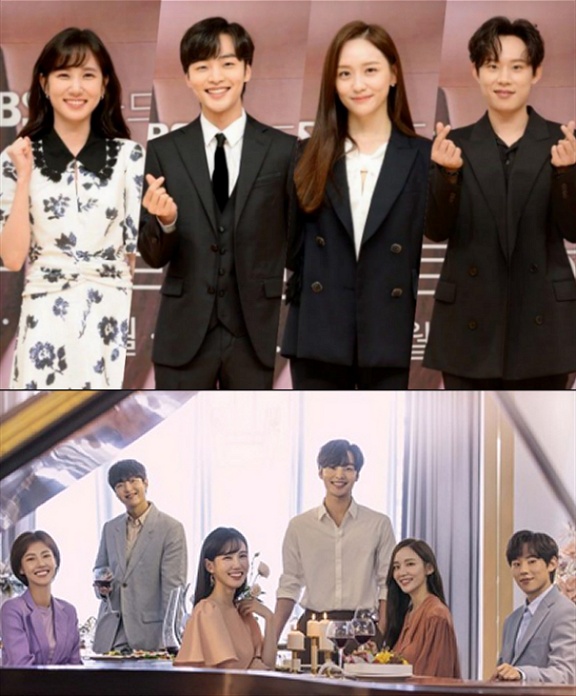 I had loved the cast members in other dramas I have watched over the years, so that also kept me watching. Lovely Park Eun Bin (warning: my favorite drama of hers will always be Operation Proposal with dreamy Seung Ho Yoo!), Kim Min Jae (who scared me so much as the evil young King in Goblin), Kim Seung Cheol (who made me laugh so hard in To: Jenny), Park Ji Hyun (whom I thought gave an excellent performance in Rookie Historian Goo Hae Ryung), and Lee Yoo Jin (who had been good in the So Jisub & Ye Jin Son film Be With You). Also in the cast giving solid supporting performances were Bae Da Bin, Baek Ji Won, Ye Soo Jung, Seo Jeong Yeon, and Choi Dae Hoon. 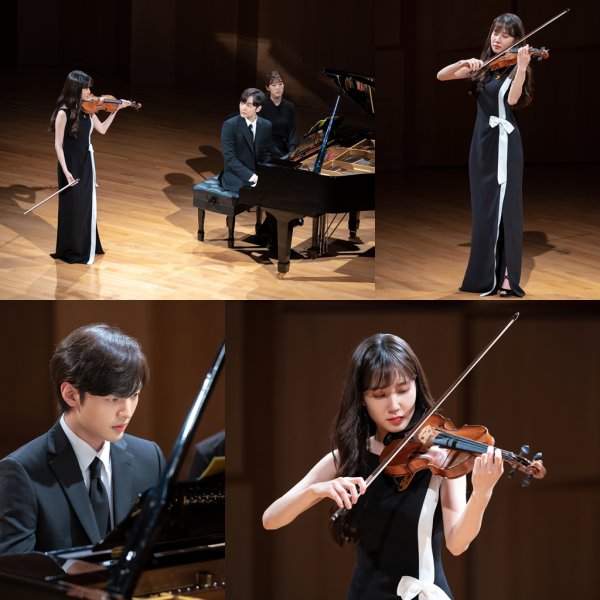 We are introduced to lovely Cha Song Ah (Park Eun Bin) who had finished a college degree in business, but who chooses to go back to college, this time majoring in music, specifically violin performance. Her family is none too pleased with this choice; they wanted her to get a high paying job in a business office somewhere and help support them. Perhaps there is more reason for this cantankerous family to doubt the wisdom of her choice than we see in most K-drama family set-ups like this: Song Ah doesn't seem to be very brilliant in playing the violin, in fact during one of her college's first concert practice sessions she is asked to leave the stage and is mortified. 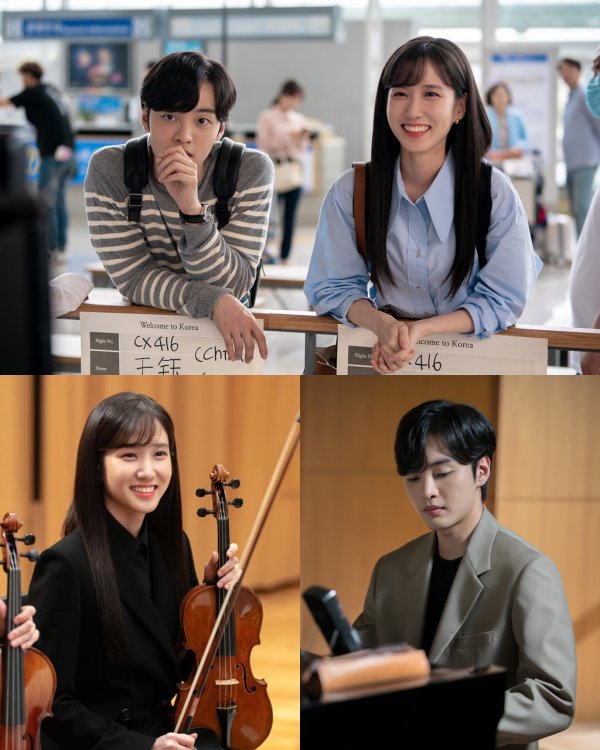 Looking on at her public rejection is award-winning, gifted young professional pianist Park Joon Young (Kim Min Jae) who notices the beautiful but unhappy Song Ah as she leaves the stage. He takes note of her beauty and her sadness and it intrigues him. 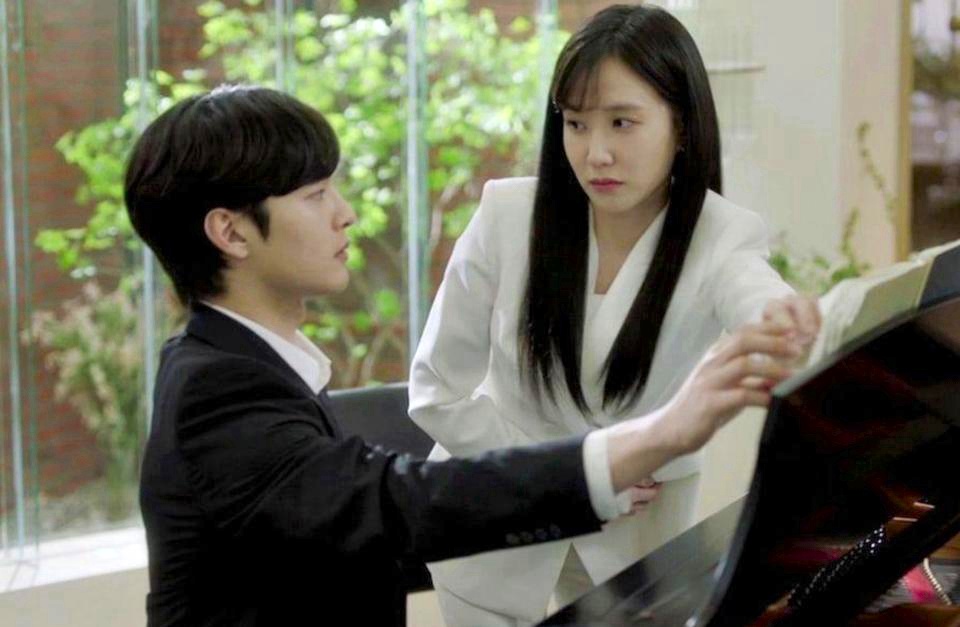 Soon enough fate keeps throwing Joon Young and Song Ah together, since they also end up sharing a practice room. When Song Ah notices Joon Young playing Träumerei on the piano in the practice room it's love at first listen. She ends up being his sheet music page turner for awhile as well. They then slowly become personal friends. Joon Young admires Song Ah's patience, her quiet nature, her warm, kind presence. Truth be told he has never really cared about playing the piano for a living, even though he is a genius at the instrument, but when Song Ah tells him how much she loves to listen to him he doubles down on his efforts to play even better -- to impress her! 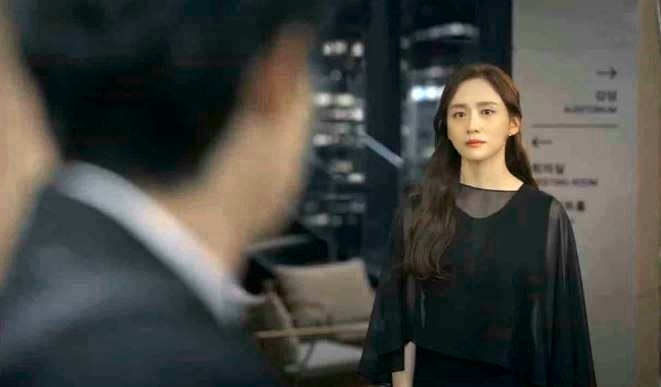 Little does Song Ah know that Joon Young only played Träumerei on the piano that day because it reminds him of his first secret love, whom he really has not gotten over yet - the talented musician girlfriend Lee Jung Kyung (Park Ji Hyun) of his best friend, Han Hyun Ho (Kim Sung Cheol), a talented cellist. When they both reappear in his life, after being abroad in Miguk (America) for a time, it's at first a joyous reunion; however soon enough old lingering feelings between Joon Young and Jung Kyung flare up, and of course, as predictable as death and taxes, Hyun Ho figures out what is going on between them and is none too pleased. He had expected to marry Jung Kyung. Joon Young tries hard to make a full break, hoping that Song Ah can be a distraction for him, but the process seems to take forever (especially for the audience!). Song Ah soon figures out that Joon Young is not completely over Jung Kyung either, and her depression increases. Even after she confesses her love and attraction for Joon Young, and they grow even closer, Joon Young is still manipulated easily by a jealous Jung Kyung, and haunted about hurting his former best friend. 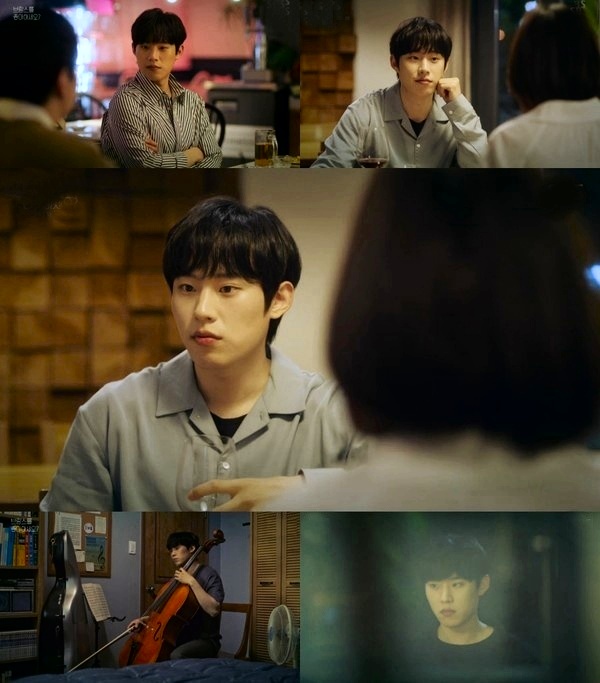 To help make ends meet Song Ah takes a part time job in the administration of the university, but Song Ah even finds trouble there, when certain employees give her a hard time. Her whole problem in life seems to be that she finds it hard to defend herself and stick up for herself, even when wronged by others. This situation, combined with seeing Joon Young still having private meetings with Jung Kyung, brings her almost to the breaking point. She eventually finds the courage to break off their romantic relationship ... with the result that Joon Young himself finally realizes how much he's lost in life over his obsession with Jung Kyung, and tries once again to break it off with her permanently. Song Ah also makes a hard decision over what she will do about her love for the violin, keep playing and apply to graduate school, or give it up entirely for something else. 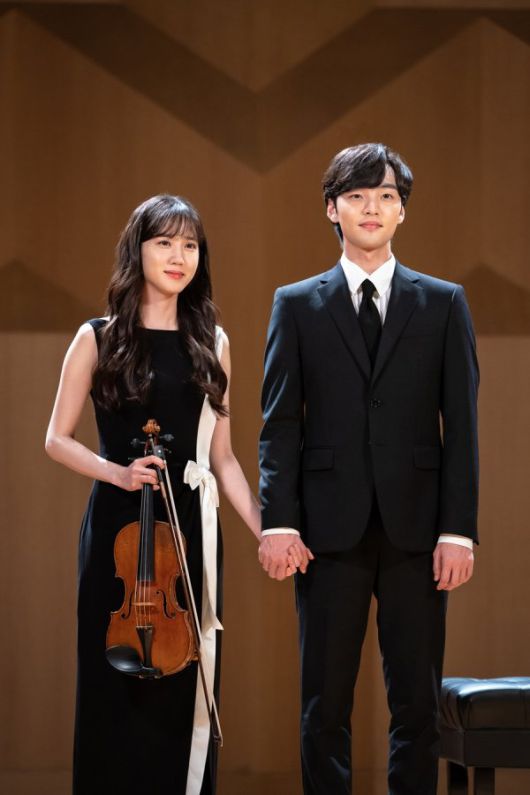 Many of the best scenes in the drama are the musical performance scenes. It was impressive to me that most of the piano performances were done by actor Kim Min Jae himself, not a double. He was excellent in his role, even though I was often frustrated by his vacillating character in the romance parts of the drama. However, for me, Park Eun Bin was the highlight of the drama and the real reason I kept watching, even when the script proved frustrating at times. This actress simply glows with a special rare, wholesome beauty that many other Korean actresses lack. It's partly due to her long experience as an actress and model since her childhood days, but also due to her innate intelligence and thoughtfulness in how she approaches her roles. You simply want to hug her one minute, and applaud her the next. 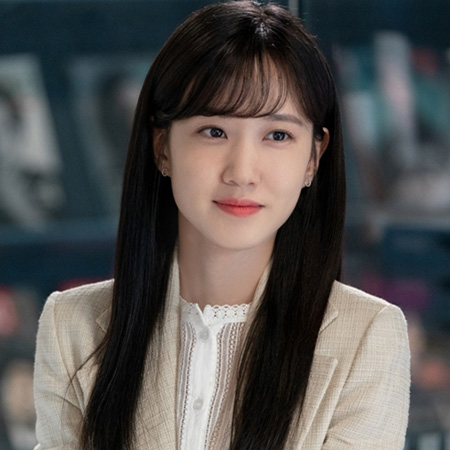 This couple had extremely tender, nice chemistry together and they both often commented how much they noticed it themselves during their separate interviews about the show while it was running. Sometimes a good chemistry between leads can make up for a frustrating, meandering script. Do You Like Brahms? is yet another example of this phenomena. If you are a romantic at heart don't neglect putting it on your Korean Drama Queue. Enjoy.