I watched this short series Aftermath (2014) the year it premiered, then watched it again in 2017 to write my review. The series was based on a science fiction web toon by Kim Sun Kwon and originally filmed to appear on mobile devices. It was directed by Kim Yang Hee, a graduate of New York Film Academy, and produced by Oasis Pictures. Because of its short length you can breeze through this drama in no time.
Aftermath Scenes
With English Subtitles

The young actors were new to me at the time, but now, several years later, I recognize some of them from other shows I've watched since its original premiere. 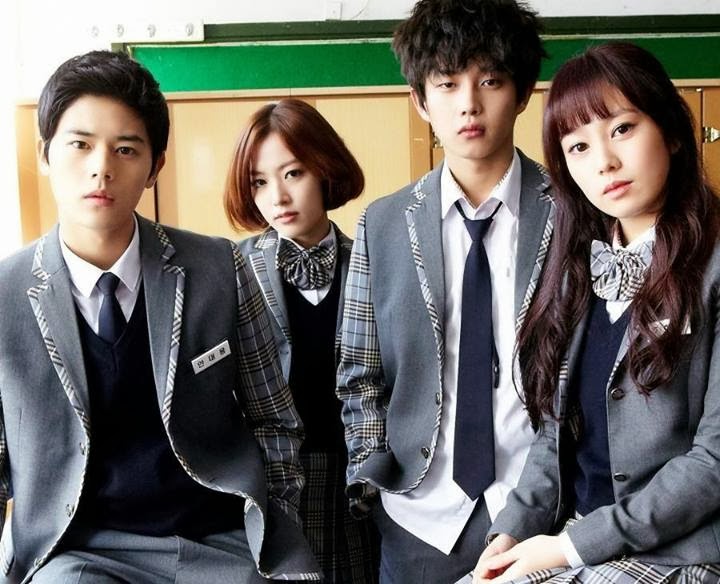 The Story: Quiet, unassuming, and nice high school student Ahn Dae Yong (actor Dong Joon, Neighborhood Lawyer Jo Deul Ho, and the So Jisub film A Company Man) has an accident while talking to his girl friend Joo Hee Kyung (Sun Joo Ah, Doll House) on the top of a second story building, falling and landing on a car below. He is rushed to the hospital and ends up in a coma, but makes a miraculous recovery.

Soon enough, his mother takes him home and he suddenly becomes aware he has developed a super power, to predict who could be a murderer and who is about to die. Those who appear to him to have red eyes seem to be destined to die soon, while those with blue eyes seem to be about to commit murder. (Since most Asian folks have dark brown to almost black eyes BOTH eye colors stand out as unusual to an audience). 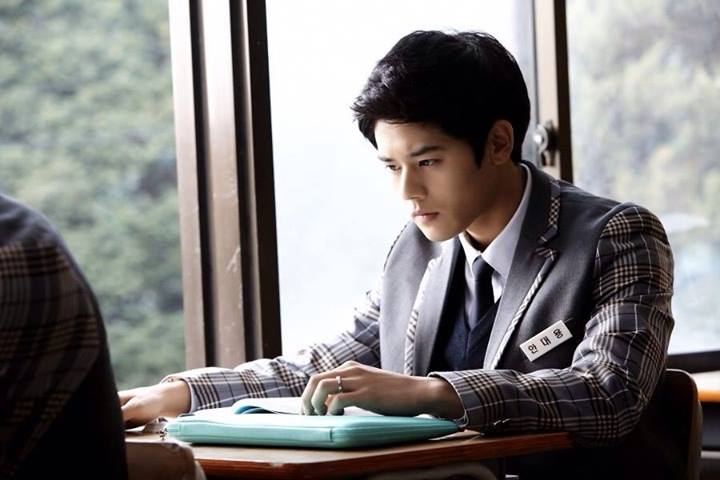 Ahn Dae Yong decides to use this power to try and save the lives of people with red eyes who are about to die, and after some successes and consequent notoriety in the media he becomes an unexpected hero to the people. Gone is his nice quiet life.

At first he relishes all the extra attention he receives, for instance saving an entire bunch of people with red eyes who are on a train with him, and preventing a young lady with red eyes from committing suicide, but soon enough he starts dreading his newfound popularity, especially when some nefarious types such as bully Kim Jung Gu (Kim Geun Hyung) try to start trouble with him, to the point where he gets so angry HE suddenly develops blue eyes as he develops murderous thoughts toward the bullies, and even toward his own best male friend, Jo In Ho (Kim Min Sook, Descendants Of The Sun, High School: Love On).

Can he ever get his life back to normal again, or is he destined to become a murderer?

If you like short but suspenseful K-dramas and a strong performance by a leading man then check it out. It's scary, but since it was mostly aimed at teenagers it's not quite as scary as one would expect.