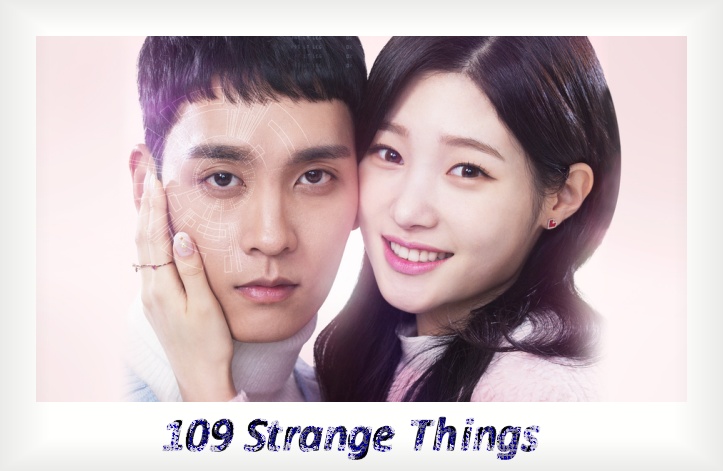 A mostly funny and upbeat web drama about a robot from the future coming to save what's left of a dysfunctional family in the present day, 109 Strange Things (2017) was perhaps too short for such a delightful story premise, but nevertheless I enjoyed every minute of it, particularly the performance of lead actor Choi Tae Joon (Exit, Padam Padam) as the robot, an actor whom I've always felt was underutilized by the Korean drama industry - he should have gotten so many better roles over the last ten years; he's such a completely natural and intelligent actor, not to mention very handsome in his own way, and it's no wonder popular Korean actress Park Shin Hye picked up on his attractions and made him her boyfriend in real life. I don't blame her one bit! As I write this he is doing his required military service so I probably won't see him in anything new for another two years. Not fair! Korea should make robots their military soldiers and leave young human men alone! (How's that for an odd Sci Fi statement?). ;) 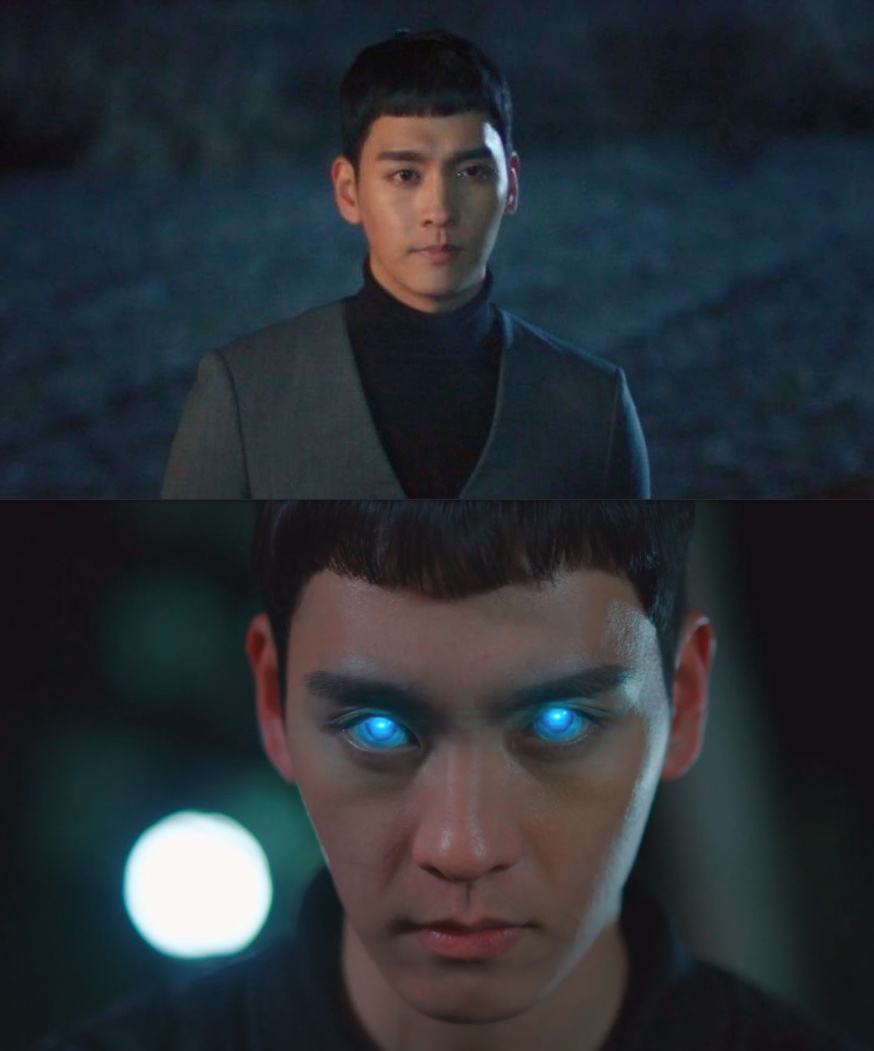 The pretty actress who was his leading lady was Jung Chae Yeon, the sweet lead from another favorite short drama of mine To: Jenny. She had nice chemistry with Choi Tae Joon here, which I'm sure in some scenes would have been difficult for her: how do you show growing feelings for a robot instead of a human man? Then again, when your leading man possesses such a beaming smile, how could you not warm to him? 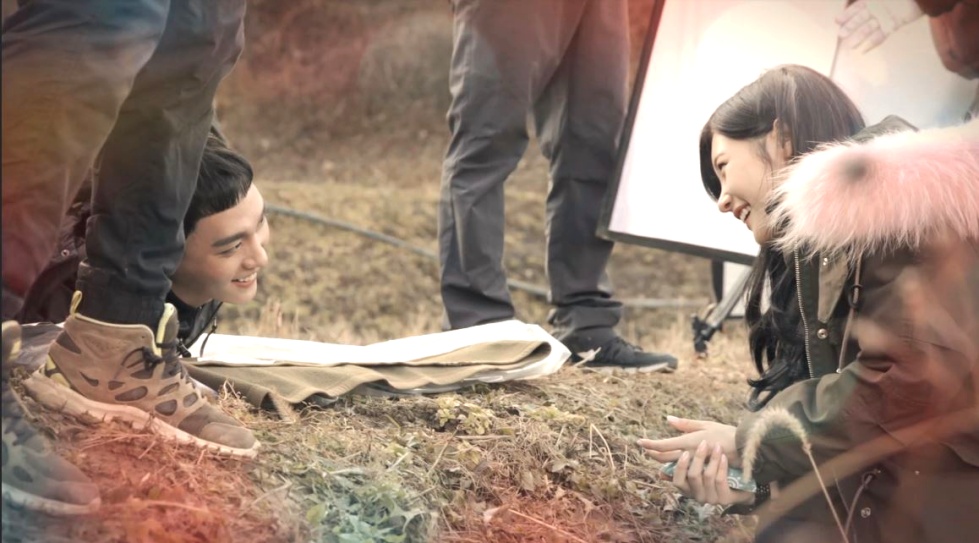 The Story: We first meet a recent college graduate young lady, who majored in Philosophy, named Shin Ki Won (Jung Chae Yeon), when she is on an interview with a large firm trying to find a job, but with only a liberal arts degree she is not accepted. We discover this has been a pattern of hers for several months: no one will hire her because she has no experience and a liberal arts degree is seen as basically useless in the corporate world. Even when she tries to tell them why philosophy interests her so much they dismiss her intelligent discourse on the subject.


He Comes To Protect Her
Who Could Have Sent Him?


Ki Won is majorly disheartened at all the rejections she has been facing, and after this current rejection she goes home only to find her lazy, older married sister, with baby in tow, accompanied by her equally lazy unemployed brother-in-law, standing outside the door of their parents' house wanting in, since they've been kicked out of their apartment for non-payment of rent.

Ki Won reluctantly lets them in and they quickly make themselves at home, asking when dinner will be ready! (no offers to pay for a dinner or make one themselves). Then added to the household burden is Ki Won's younger high school age sister, who seems to be a little slow in her studies, plus a younger brother still in college who lacks ambition as well. Their parents are nowhere to be seen and we learn they are on frequent "business trips" that have to do with the father of the family being a robotics science engineer and inventor. Ki Won overnight is placed in the awkward and unenviable position of having to look after all these losers in her family herself. 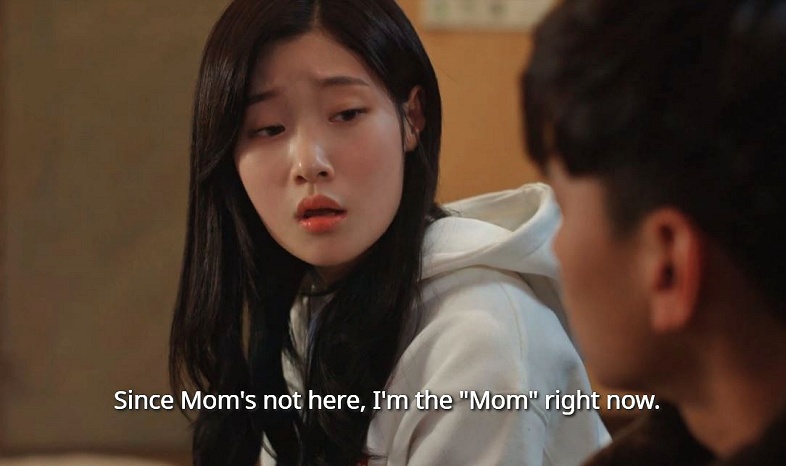 After dinner, as they sit around arguing, as all irresponsible families tend to do, they suddenly hear a BOOM! sound and the lights in the house go out. They run outside and see a strange, lifelike robotic man who calls himself KDI-109 and tells them he's been sent back in time from the year 2050 in order to be of help to them and get them all on the fast track to success, especially Ki Won, whom he states is his primary mission case.

He can take one look at them and know everything about them, their names, their ages, their body chemistries, and their weaknesses physically and mentally. Just as they decide he's too scary to accept into their lives, no matter what he says, a strange team of gangsters arrive on the scene (two men and one woman dressed all in dark clothes and giving off evil vibes) who seem to know all about this robot man and they want to kidnap him and dissect him to see how he works! The Shin family feel sympathy for him and with the robot's help manage to shake the gangsters off and bring KDI-109 back to their home. Slowly they all get to know one another and feel comfortable with each other. 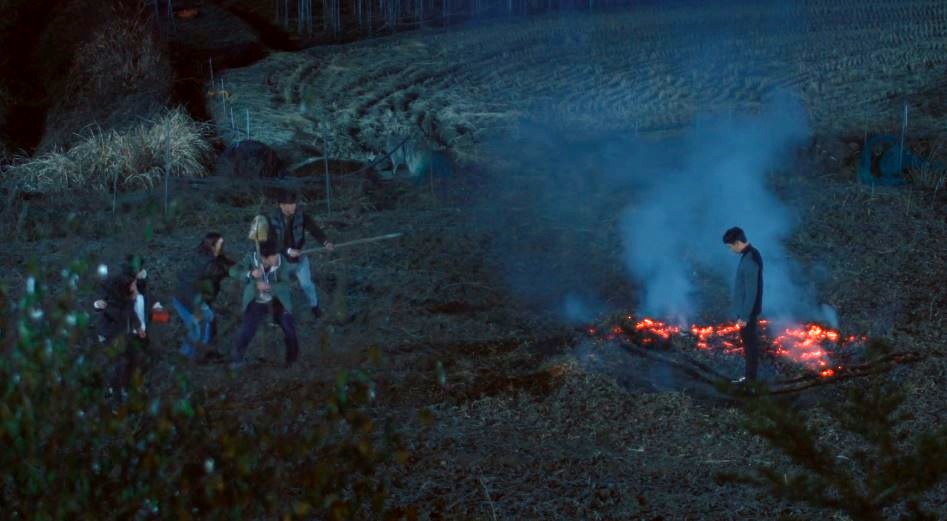 Soon enough KDI-109 seems to start fulfilling the promises he made to the family to improve their lives. He tells the younger sister that she has more flexible learning opportunities at another school, how to make the brother excel at college, how to make the older sister employable from home despite having a baby, how to find a new job for the chronically unemployed brother-in-law, and last but not least, how to get Ki Won to impress hiring executives at companies so that she can make herself more employable, perhaps even confident enough in future to start her own successful business! 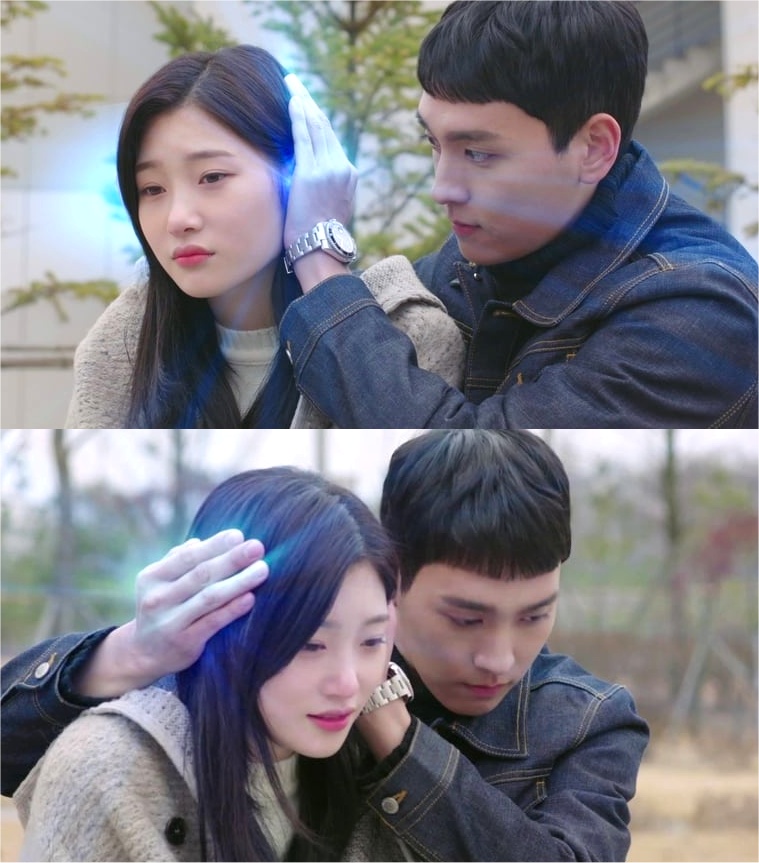 As Ki Won wrestles with lifeâ€™s big questions, and with the demands of her dependent family, will KDI-109 help her find the answers she needs to be successful? What will happen to those gangsters who want to destroy 109 so they can tear him apart and find out how he was built? Will the family's father inventor ever return to help them all stabilize their lives -- and 109's -- as well? Will any romance be able to bloom between a human, and a robot?

Watch this fun short drama and discover the answers for yourselves. Enjoy!