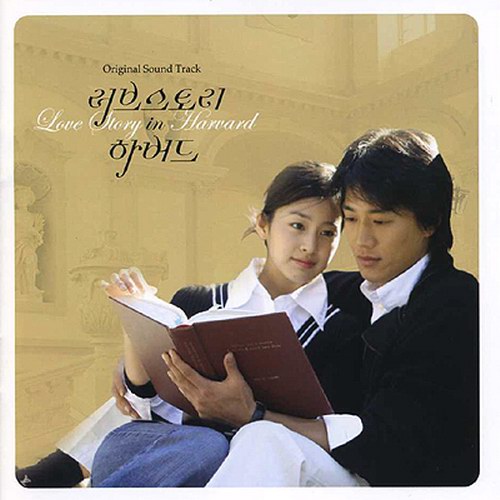 What can you say about a Korean drama series entitled Love Story in Harvard (2004)?  Obviously, that it was inspired by the American classic tearjerker from the 70s, Love Story with Ali McGraw and Ryan O’Neal, also set at Harvard University.  (Quick!  Name the number of Korean dramas that share a title with an American counterpart – it’s too many to count). I remember reading the novel by Erich Segal and seeing the movie, and like most people, I was touched by the romance of the Rich Preppie and his love from the other side of the tracks. However, other than sharing a setting and one major plot development, the two Love Stories are nothing alike.

I found the Korean Love Story in Harvard to be a much more absorbing and endearing romantic drama. It is not a pure tearjerker, like its predecessor, though there are some moments when your eyes tear up. This drama has a higher aim – to showcase the love story of two strong, sympathetic personalities against a backdrop of corporate treachery. The leads (played by charismatic Kim Rae Won and the adorable Kim Tae Hee) are so attractive and engaging, and the development of their relationship so genuine, that the plot itself is less important than the pleasure of being in their company for sixteen episodes. 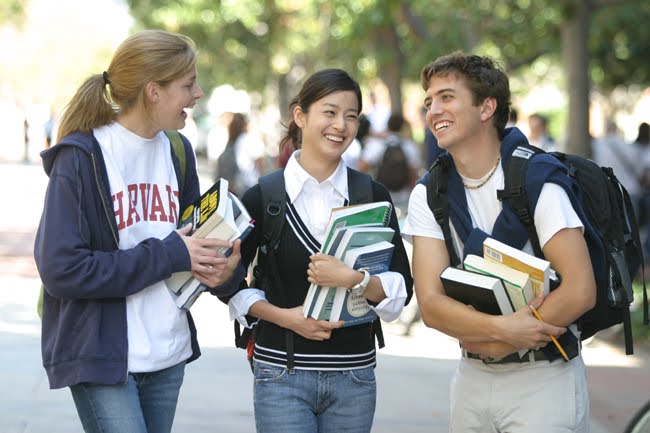 The Korean version diverges from the basic premise of the earlier Love Story film in many ways, with just a few nods to both it and The Paper Chase. It is quite amusing to see a Korean series filmed partially in the U.S., with the Pacific shores of California hilariously standing in for New England. Plus, if you are a fan of the old and campy Batman series from the 60s, you’ll be amused to recognize actor/impersonator Frank Gorshin (Batman’s Riddler) playing a demanding, crusty, brilliant professor (much in the mold of Professor Kingsfield from the film and TV series The Paper Chase).  Yes, the Harvard students are also studying the law. Those of us who like a good legal drama (as I do) will not be disappointed with the way that profession is woven into the story.
Love Story in Harvard introduces its three main protagonists: aspiring lawyers Kim Hyun Woo from Korea (Kim Rae Won) and Alex Hong -- Korean name Hong Jung-Min -- (Lee Jung-jin), raised in the U.S., and Lee Soo In (Kim Tae Hee), who is working her way through medical school. Naturally, the three form a love triangle, as few men would be able to resist the charms of Miss Kim in this role, a girl with beauty, brains, compassion and a dazzling smile. 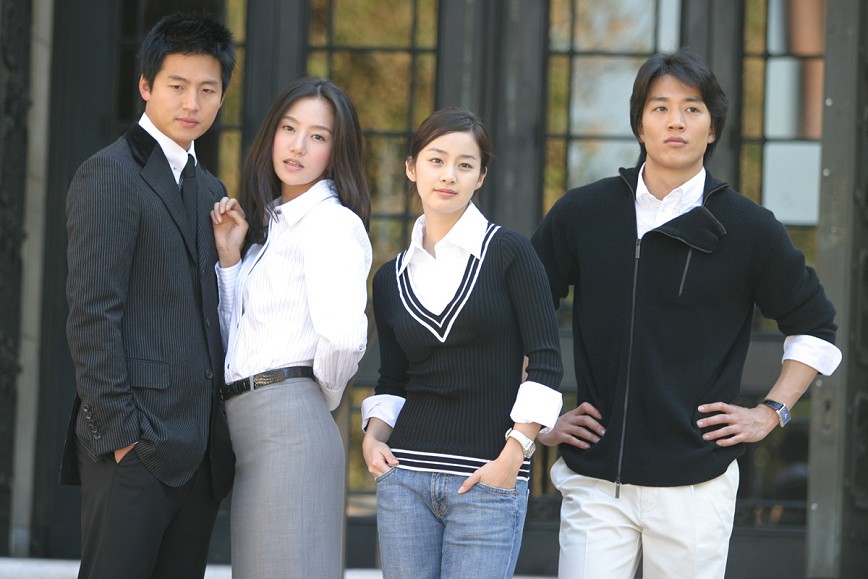 Americanized Alex is initially the superior student, determined to be the best and to impress the tyrannical Professor John H. Keynes (Gorshin). Hyun Woo does not fare so well, consistently earning the contempt of this revered teacher because he seems not to take it all too seriously. Finally, Hyun Woo settles down, begins to excel and becomes an academic rival for Alex. The two young men are also rivals for the affections of Lee Soo-In.  But Alex is a bit of a stiff, and Hyun Woo a real charmer, so it is not long until he wins her over. The two of them “meet cute” and initially clash; she is working part time jobs to pay for her tuition so has no time to be distracted  by romance.  Yet they are drawn to each other and eventually become serious. At the point of graduation, they spend a rapturous weekend together, supposedly planning their future. However, Soo-In realizes that she cannot abandon her dreams. She has the opportunity to do what she has long aspired to – help others through working as a physician with an organization that provides medical care to third world countries.  After the weekend making love with Hyun Woo (a rare display of premarital relations in Korean dramas), she disappears from his life, leaving him confused, broken-hearted and a little bitter.
Years pass and all three students wind up back in Korea. Hyun Woo is a lawyer who advocates for the less fortunate, caring nothing for financial success. Alex remained in the US after graduation, and he certainly does care about financial success. He arrives in Seoul to represent an international chemicals company against charges of dumping toxic waste. Naturally, because such coincidences always happen in Korean drama, Hyun Woo becomes opposing counsel in this case. Hyun Woo runs into Soo-In, who is now doing medical research that is later revealed to be a key factor in the chemicals case. In fact, Soo-in is personally affected by the damage that the chemical company’s actions may have wrought. 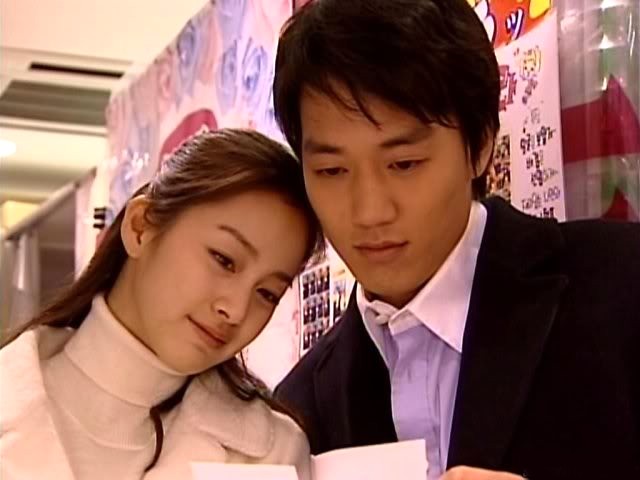 For a while Soo-in is determined not to succumb to her feelings for Hyun Woo because of her commitment to her profession.  She has spent years helping ill, impoverished adults and children, and believes it is her duty to continue that work. Until she met Hyun Woo, her only desire in life was to be a doctor, and take care of her working class father (a similar bond existed in the American film Love Story between Ali McGraw and her working class father).  At first, Hyun Woo does not want to resume their relationship either, still smarting at her desertion of him.  But they do belong together and it is not long before they both acknowledge it. One of the most impressive aspects about this drama is the respect and admiration you wind up having for these two characters. They have ideals, they have principles, they are devoted to making the world a better place. They are not sugary sweet, and there are some very light hearted, goofy moments (as Kim Rae Won has such a humorous twinkle in his eye). But this drama also tackles some serious issues that will enrage you.
The romance continues to face its difficulties. Soo-in needs to return to her work away from Korea. This time, however, Hyun Woo is prepared to wait for her, however long it takes – and even if she never returns, he will never give her up. “I am in love with an angel,’ he inscribes on the misty window of her automobile with his finger (a moment that stood out for me as romantically sweet). At this point in the drama, you are completely in the corner of these two people and root for them to be reunited.
Then fate intervenes in a heartbreaking way. Soo-in collapses at the airport, and is rushed to the hospital. To spare Hyun Woo, she lies about having what she knows is a serious medical condition.  Later, her suspicions are confirmed when she learns she has leukemia (shades of Ali McGraw in Love Story again).  She does not tell  Hyun Woo at first, but he discovers the truth and wants to marry her right away. This girl is stubborn, though – she does not want to burden him unless she can first get well on her own.
Meanwhile, the criminal case against the chemicals company rages on as it becomes clear that corporation will stop at nothing to protect itself. Hyun Woo, Soo-in and Alex all are enmeshed in different ways. A dangerous, powerful and devious man named Jason Walker figures into the story, as he is both a mentor/benefactor to Soo-in as well as someone who is ruthlessly determined to thwart Hyun Woo’s efforts to get the goods against the chemicals company. Jason, who is quite a scary person, is played by the imposing actor Lee Cham, originally born in Germany as Bernhard Quant, who became a Korean citizen and was in Stairway to Heaven with Kim Tae Hee.  His Korean is flawless (though it is a bit strange to see him speak it) and he makes for a very convincing villain – soft spoken and civilized but carrying a very dangerous stick. 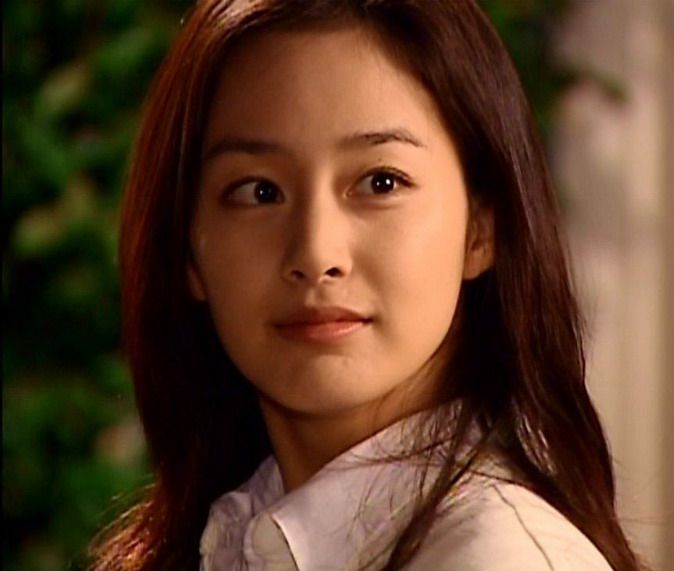 Kim Rae-Won, whom I had never seen before, was a revelation to me during this drama. He has such a winning personality and such convincing acting chops that he believably matures from irresponsible, rather self-centered young man to an idealistic crusader determined to protect others. At first, I thought his Hyun Woo was a bit of an arrogant jerk, but Kim Rae-Won is too subtle an actor to leave that impression for long. He really carries this drama with the purity and warmth of his performance. His chemistry with Kim Tae Hee is both passionate and light-hearted; she is more serious, but he always gets her to smile.
Naturally, if the hero is going to be hopelessly devoted to a woman who is reluctant to commit to him, it is much more credible if that woman is played by an actress like Kim Tae Hee. This actress was previously known to me from her debut role as a villainess in Stairway to Heaven, and her work in that drama was a bit one note. Here, she gives a very appealing and endearing performance – beautiful, smart, sexy, loving and principled.  She has a smile that lights up the screen and projects a sweet spirit. The way she tenderly cares for her patients and matter of factly deals with her illness make you admire her as well as genuinely like her. 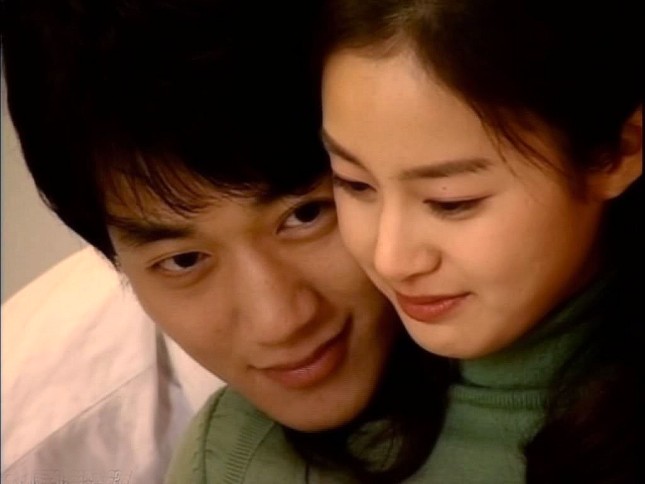 As the (supposedly) Americanized Alex Hong (he never really speaks convincing English for someone brought up in the States) Lee Jung Jin makes for an interesting counterpoint to Kim Rae Won. He looks like a handsome, stoic linebacker, and he betrays little emotion, so it is difficult to make a connection to his character. But there is something steadfast and ultimately decent about him and he does convey a tender note whenever he shares a scene with Soo-in. He genuinely loves her (pretty much at first sight, which again is credible only because Kim Tae Hee is so engaging), and remains a supportive, caring friend to her even while he is very much at odds with the man she has chosen instead of him.
The other characters and actors all do fine jobs, though none stood out for me as much as the three main leads and the eccentric performance of Frank Gorshin as the crusty college professor. He was quite a hoot. The primary pleasure of Love Story in Harvard is the bond between two young people who do seem to belong together. They weather separation and other obstacles, their commitment is always strong, and the relationship feels very real.  This is a somewhat slow moving drama – though there is interesting enough legal case and some intrigue – as well as some good old-fashioned opportunity to feel outrage at big business and crafty lawyers. It is never boring, but it is not one of those dramas where you are waiting with bated breath for the next outrageous cliffhanger. Instead the focus is on the journey of a romance. I was touched by the Love Story in Harvard lovers, so I was happy to take that memorable journey with them.