Truth (2000) features another tour de force performance by Choi Ji Woo, who is to my mind the queen of the K-drama. My sole reason for wanting to seek out Truth was that I was tracking down as many of her dramas as possible after seeing the historic Winter Sonata. I was not disappointed in this series, which gave Choi Ji Woo an early career opportunity to shine, before moving on to even greater success in Beautiful Days and Winter Sonata. She is so personable that I could watch her read the phone book in Korean (without subtitles) and still enjoy myself, at least a little!
Truth, also known as Honesty, is about just that, and centers on some smaller lies and deception eventually leading to bigger ones. Miss Choi's boyish co-star is Si-won Ryu, who later tried (unsuccessfully) to woo her in Beautiful Days. In this series, though, he is her true love and though he is not a particularly exciting presence, they have a nice chemistry, and he is quite good at convincing you that he thinks the world of her.

The drama begins with a celebration, and then a devastating automobile accident that lands three young people - two girls and a boy -- in the hospital, one of them critically. From there, we flash back to the beginnings of their friendship and especially how the two girls' lives have intertwined over the years.
The story introduces two families who share the same last name but live in very different circumstances. Each Lee family has one daughter, and it is the final year of high school for both of them. Ja-young Lee (Choi Ji Woo), is from the poor family and Shin-hee Lee (Park Sun-Young) from the wealthy one. Ja-young is a brilliant student who hopes to attend a good college, though her family doesn't have the money to send her. They live in the basement of Shin-Hee's family home; Ja-young's father is the chauffeur for Shin-Hee's powerful father, a senator. The poor Lee family naturally defers to the wealthy Lee family, and are taken advantage of by them. Shin-hee, who is spoiled and self-centered, is a lazy student struggling with her grades. (She has a sharp mind, but not for schoolbooks.) Her father's constant praise of Ja-young rankles with her, as she is incapable of performing at her academic level. 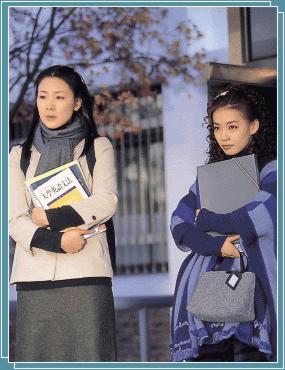 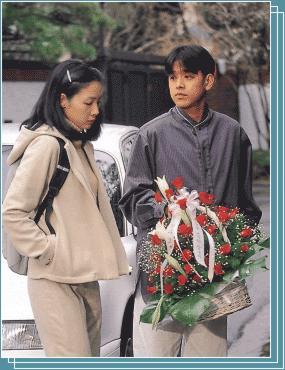 Then Shin-hee figures out a surefire way to get a good grade: pay Ja-young to help her cheat. Ja-young reluctantly agrees - just this once! - but when Shin-hee's mother finds out about the cheating, she thinks it will be a fine idea for Ja-Young to continue to help her daughter succeed, especially since that will please her senator father. Ja-young's mother also encourages the arrangement because she appreciates the money her daughter will receive as a result, and the family is indeed desperate. Shin-Hee needs Ja-Young to take the college entrance exam for her, too, or she would never get into college. So Ja-Young impersonates the other girl, taking the test on her behalf. As a result, Shin-Hee gets into a prestigious university and Ja-Young has to wait a year in order to take the test again, this time for herself.

Shin-Hee has also set her sights on capturing the heart of Jeong Hyun-Woo (Ryu Si-won), who is the scion of the Jae Sung Group. Her family would like that too. He's charming, rich and a good person to boot. However, though he is marginally fond of Shin-hee, he is not very enthusiastic about this match - and certainly not once he meets Ja-young. But first Ja-young has another suitor, the handsome and ultimately devious Seung-Jae Park (Ji-chang Son), who works as a security guard. He meets Ja-young, and seeing that she lives in a senator's house, mistakenly believes that she is a senator's daughter and therefore a very desirable prize for his aspirations to be a successful businessman. He courts Ja-young ardently, and gets her attention, until she finally learns the truth about his intentions.
Once Seung-jae's treachery is exposed to Ja-young, she will have nothing to do with him. However, his actions have seriously affected her ability to trust men, so when Mr. Right, Hyun-woo, pursues her, she doubts his sincerity and tries to keep him at bay. Eventually, though, he wins her over, and their relationship begins to flourish. Shin-Hee refuses to accept defeat to her longtime rival, and joins forces with Seung-jae to break them up, promising to help him get what he wants - connections, money and power. 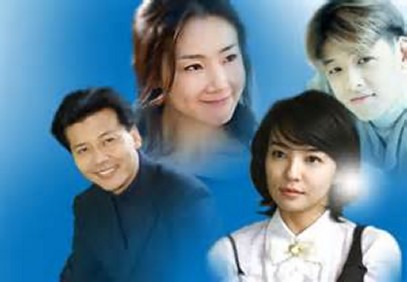 As if that were not enough, there is another fly in the ointment threatening the happiness of the two lovebirds. Hyun-woo's parents disapprove of him having anything to do with a poor girl, and would much rather see him with a rich girl like Shin-hee - especially since both families would benefit financially from such a merger.
When the automobile accident eventually occurs, it offers yet another opportunity for Shin-Hee to manipulate a situation and create yet another terrible deception to achieve her own ends. Ja-young is put in a terrible position and stands to lose everything she has accomplished. Will Shin-hee's lies ever be exposed? Or will the schemer triumph? 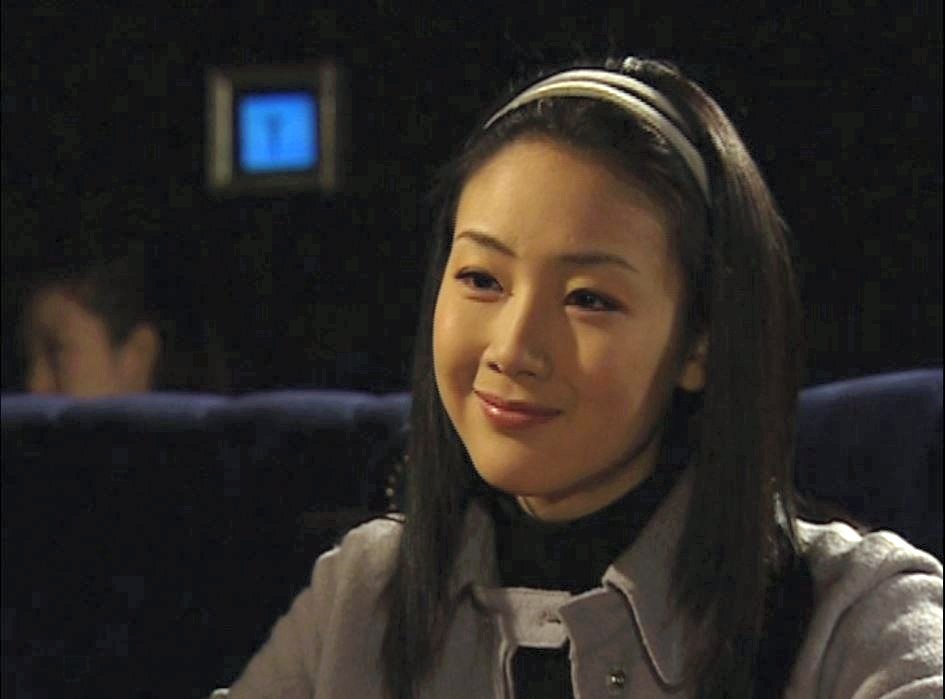 Truth plays out as an almost classic battle between good and evil. Shin-hee's ruthless treachery is well matched by that of her partner in crime, Seung-jae, and the two are in sharp contrast to the decency of Ja-young and Hyun Woo. The casting is impeccable, with the leading actors imbuing their roles with conviction. As always, Choi Ji Woo is a peerless heroine who is easy to root for. She has a mature dignity about her as well as a girlish sweetness, and she is such a natural beauty. Sun-young Park, petulantly pretty, is an amazing villain. Most of the time, you are just aching to slap her, yet it is possible to understand her desperation and her jealousy of Ja-young. She wants what she wants, and is too shallow to realize that not everything you want can be bought with money. She is a frightening adversary, but also somewhat pathetic as we see how she longs for her father's approval and is incapable of earning it honestly. She also loves Hyun-woo in her way, though she hasn't a clue what real love is all about.
Si-won Ryu is not really movie star handsome - and he has a terrible haircut -- but he is cute, fresh-faced and projects genuine niceness. He is the quintessential sincere boy next door, even if he is not the most dynamic of actors. As the selfish, grasping Seung-Jae, Son Ji-chang is excellent; I wanted to hiss at him whenever he appeared on screen. Yet his character is also pathetic as he is taken advantage of by the rich folks from whom he most wants acceptance.
Truth is an old-fashioned, character driven drama without many frills. There is nothing really over the top or melodramatic here, and though some situations might be extreme, the narrative drive is still very plausible and relatable. The characterizations are intriguing and hold your interest. Fans of Choi Ji Woo will really love her in this role and want to see her two scheming adversaries get what is coming to them. I found Truth to be a refreshing change of pace from the typical cliches that we sometimes find in K-dramas, original in its simplicity and yes, basic human truths.