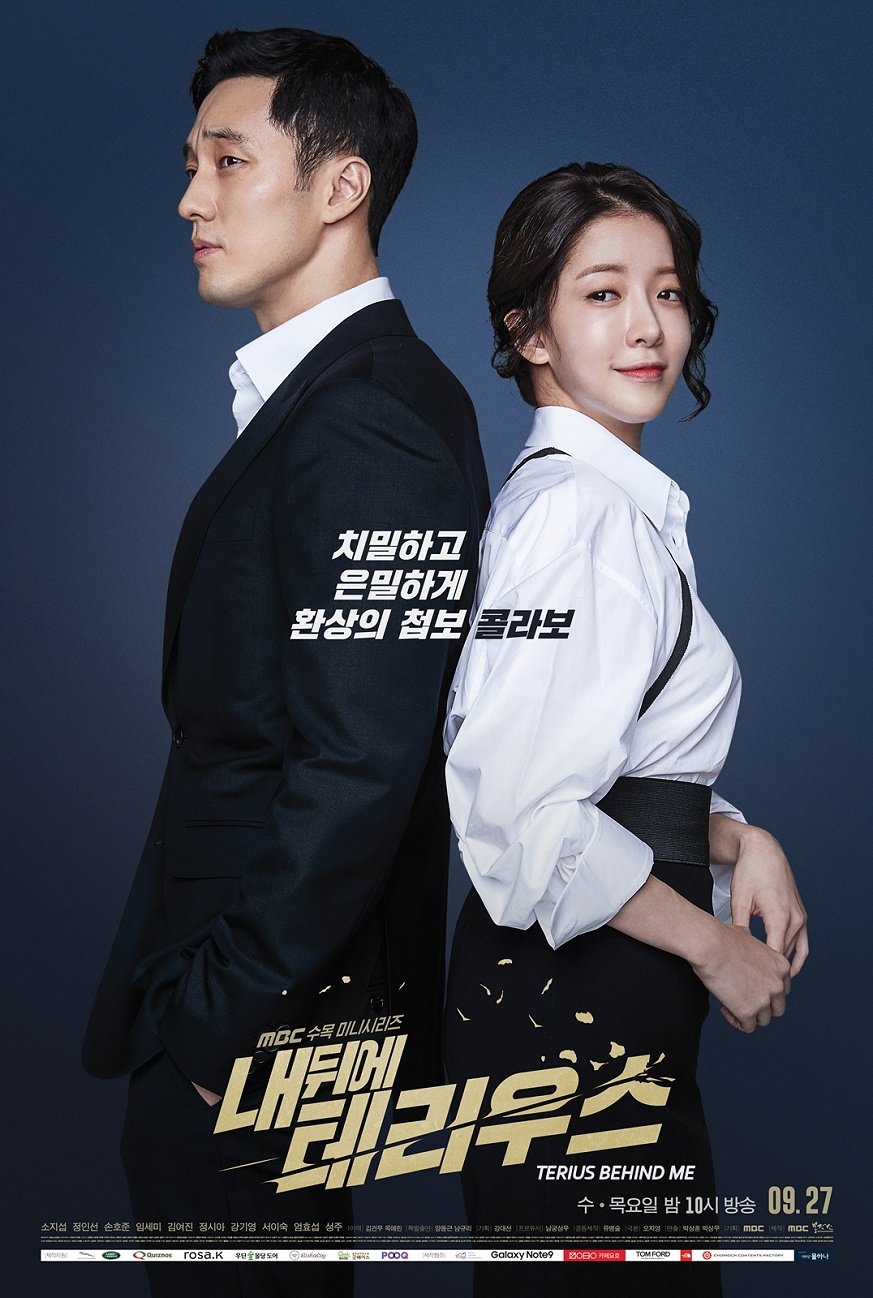 Terius Behind Me aka My Secret Terius
MBC (2018) 16 Episodes
Espionage, Melodrama, Grade: B
Korean Drama Review by Jill, USA

See the facial expression on my favorite Korean actor So Jisub, up there on that poster? Well, honestly, that's how I felt while watching his K-drama Terius Behind Me aka My Secret Terius (2018): BORED. :) Of course it also didn't help that after I had watched the twelfth episode the American website that was sponsoring it went defunct and shut down with no warning, leaving anyone watching it there hanging. It wasn't until weeks later that I found a website where I could watch the remaining episodes, but by then I was pretty much doing it out of long term fan-ship for So Jisub, not for any other reason. The script was simply not that compelling or realistic.

I guess I should have been prepared for this drama taking what could have been a great international espionage yarn like the brilliant IRIS (2009) and turning it largely into a tired male babysitting story about the joys of domesticity and lukewarm "romance" with a widowed housewife, because the initial video trailer they released for this drama started mysteriously and then turned into a joke, with two annoying kids and silly leading lady character in tow. See below.

The story takes place in the modern day between Go Ae Rin (Jung In Sun), a woman who is unexpectedly widowed under mysterious circumstances, and Kim Bon (So Jisub, Master's Sun, I'm Sorry, I Love You), a former agent of the secret NIS organization, who lives in an apartment across the hallway from her, hidden from the world due to reasons that are revealed during the progress of the drama.

Go Ae Rin is a woman dedicated to the care of her precocious boy - girl twin children, Cha Joon So (Kim Gun Woo) and Cha Joon Hee (Ok Ye Rin), and, before his mysterious death, of her husband Cha Jung Il (Yang Dong Geun), the main breadwinner of the family. Ae Rin led a normal life as a traditional stay at home wife and mother, however, when her husband dies she has to find a job quickly that allows her to support her two children.

In her job search, Go Ae Rin goes to work for J Internationalť, a suspicious company posing as selling designer handbags, whose top representative is Jin Young Tae (Son Ho Jun), a handsome but arrogant CEO, who unexpectedly is the key to solving the conspiracy in the capture operation of the female nuclear physicist Choi Yeon Kyeong (Nam Gyu Ri, who played the ill-fated Ji Hyun in 49 Days), in which sting operation agent Kim Bon had seen her shot dead before his eyes while they were both stationed in Poland. He had loved the woman deeply and felt her death profoundly. 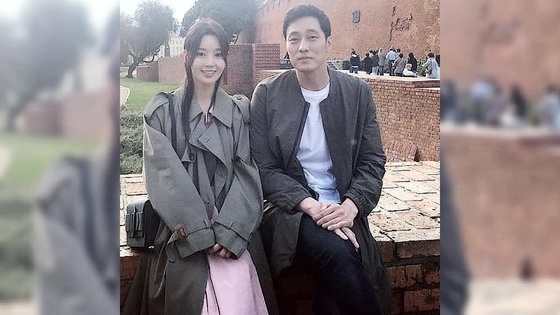 THIS Couple Should Have Headlined This Drama!

Upon realizing the links related to the same organization between her death, and the death of his female neighbor's husband, Kim Bon decides to become the private "nanny" (or maybe "Manny"?) of her twins Cha Joon Soo and Cha Joon Hee while she works, in order to keep the family under surveillance, hopefully to obtain the necessary information to solve the overall mysteries of both deaths. Of course in the beginning Mom has no idea why this strange neighbor seems to have taken such a big interest in her children, but she is perhaps a bit too frenzied in the beginning to question much about his motives; she's just glad for the help. 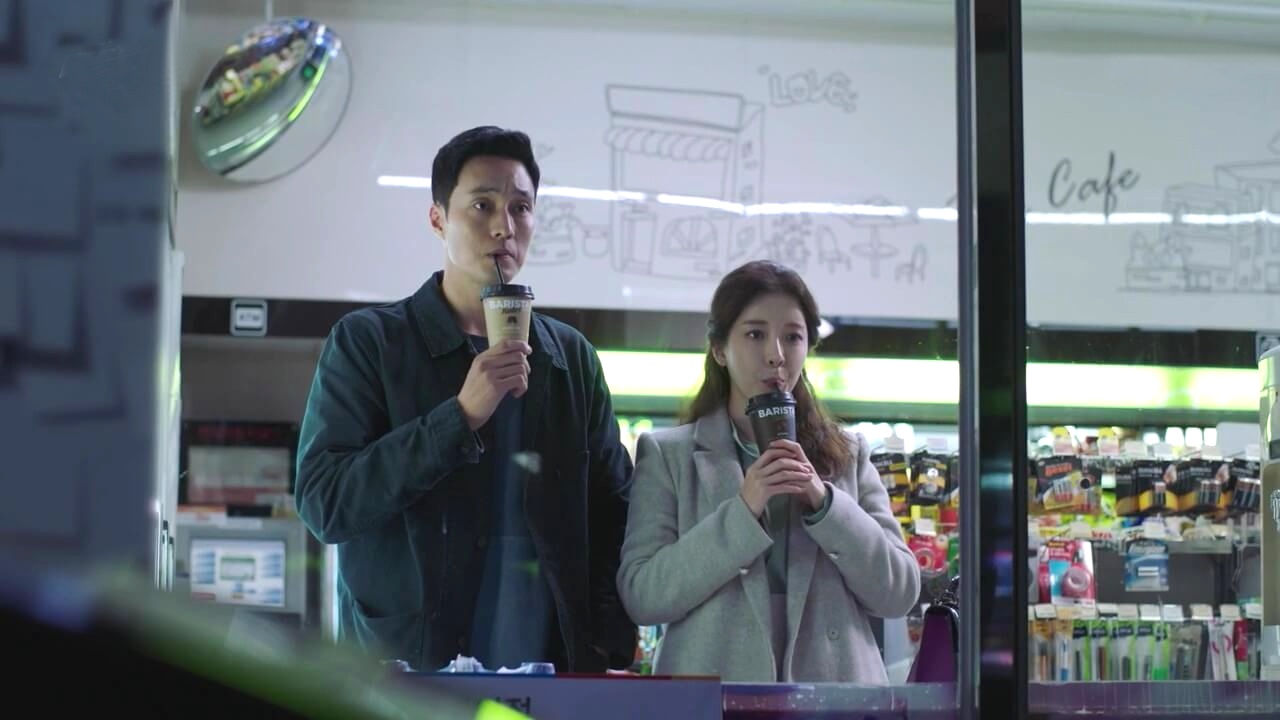 As the story unfolds, Go Ae Rin gets herself into a lot of trouble largely due to her own growing curiosity about everyone around her, her neighbor Kim Bon's interest in helping her while getting close to her two children, her male boss' secret life, and searching out information about other agents in the NIS, Yoo Ji Yeon (Im Semi) and Ra Do Woo (Sung Joo), who seem to be spying on her. Will her own life be risked in the process? Could her two children lose yet another parent, or will So Jisub's Kim Bon save the day? (guess). :) 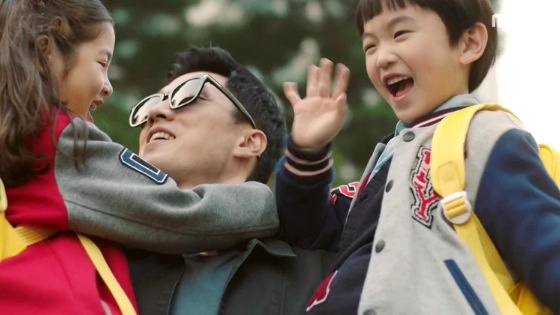 Although the scenes between So Jisub and the two children were cute, all that was just not that compelling to me when wrapped up in a supposed espionage drama. It seems to me they might have lacked the budget to create another IRIS masterpiece, so fell back on the domestic issues instead as the core of the show. Imagine them doing this to Byung Hun Lee's exciting character in IRIS? Make him a male babysitter. It would have ruined it! Leave an espionage drama as espionage! There really wasn't much romance in this drama either, if that's what you are primarily looking for in your K-dramas, and there was PLENTY of romance in IRIS.

My dream would have been for So Jisub and Nam Gyu Ri to be the main team of agents involved in spying and patriotism, keeping nuclear secrets away from enemy countries. Alas, my dream didn't come true. B is a decent enough grade for this drama, despite its flaws, so if you like So Jisub by all means watch it and form your own opinion about the drama. Everyone is different.