This Korean drama series, Sensory Couple (2015), based on a webtoon of the same name by Seo Sookyung, is a light, comedic take on a hunt for a deadly serial killer that has haunted the lives of the main characters.  Sounds odd to hear, and it feels slightly odd to watch.  This series was a light and easy-breezy show overall; I felt it was the equivalent of a beach vacation book.  While it dealt with heavy topics such as murder, losing family members, and serious trauma to the survivors, it was mostly accomplished with a light touch, which is definitely an unusual way to write a K-drama!
The Story: the series begins in heavy territory, as Choi Eun-seol (played by actress Shin Se-kyung, When A Man Loves) comes home after school and finds a murderer standing over her parents' bodies.  The murderer chases after her for he is intent on eliminating the witness, until Choi Eun-seol is hit by a car.  As she loses consciousness in the street, she stares at the murderer's face and watches as he walks away, clutching the name-tag ripped off her school uniform. 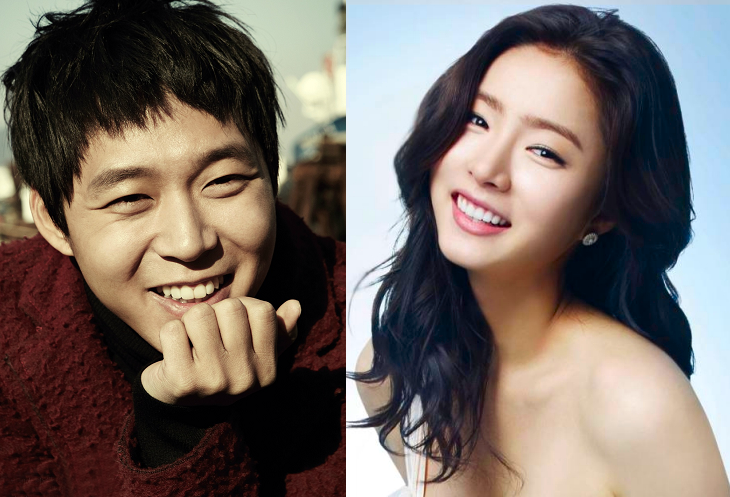 Next, we meet Choi Moo-gak (played by actor Park Yoo-chun of Rooftop Prince) as he speaks to his younger sister, also named Choi Eun-seol.  Her bus has been involved in an accident and she's being taken to the hospital for treatment of minor injuries.  She seems completely fine, and he warmly teases her on the phone.  It's clear they have a close and friendly relationship.  Later, when he shows up at the hospital to pick her up, he finds her dead in the hospital bed, her throat slit in an apparent murder.

Moo-gak, so upset and unable to deal with his younger sister's death, faints on the job and is in a coma for ten days.  On the tenth day, he regains consciousness but is unable to feel sensations, experience taste or smell.  He's gone from a happy, warm person who worked at an aquarium, to a cold, sensation-less police officer, hell bent on becoming a homicide detective so he can re-open his younger sister's murder case and catch her killer. 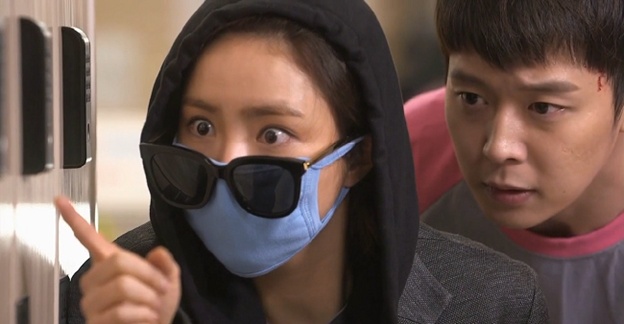 The Choi Eun-seol who was involved in the car accident wakes up from a coma 6 months later. Her left eye has changed color and now she is able to see smells. She's completely without memory, and accepts that the person who picks her up from the hospital is her father.  He is, in fact, the detective that worked her parents' murder case. He adopts Choi Eun-seol, renames her Oh Cho-rim, unbeknownst to her, then retires, and moves away.


Three years pass.
Oh Cho-rim is a cheerful, earnest comedienne in training at a theater company, Frog Troupe. Her lack of comedic timing and talent is made up for by her sheer determination to make it into the company's cast, either through audition or by doing chores. The other members of the troupe take pity on her and try to support and encourage her, but the head of the theater company is hard-pressed to keep her on.

Choi Moo-gak is a police officer, trying desperately to solve cases so he can be promoted to homicide detective.  Without sensations, he's become a humorless, soulless shell of a person. He eats enough for ten people, just to fill the hole inside of him, and he is immune to physical attacks by criminals.
While chasing a criminal, Choi Moo-gak literally runs into Oh Cho-rim, who is able to help him flush out the bad guy using her secret ability to see scents.  The chase leads them into a public bath, where Cho-rim has to disguise herself so she can sneak into the men's room.

Hilarity ensues
As this partnership begins to pay off for Choi Moo-gak, who is getting recognition for solving impossible cases with Cho-rim's help, she demands that he help her by becoming her comedy skit partner for her Frog Troupe audition.
As the two become more deeply immersed in the Barcode Serial Killer case and in practicing their comedy routine, their relationship gets deeper as well.  And as Cho-rim begins to regain her memory, the truth of how their lives are connected is revealed and brings further drama. 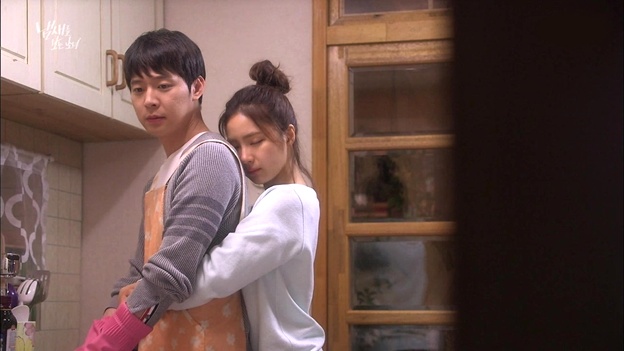 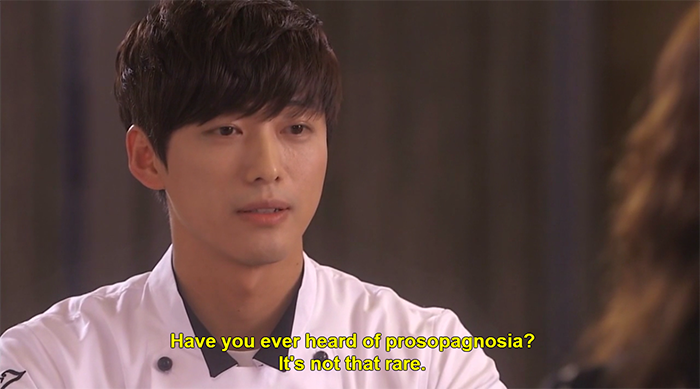 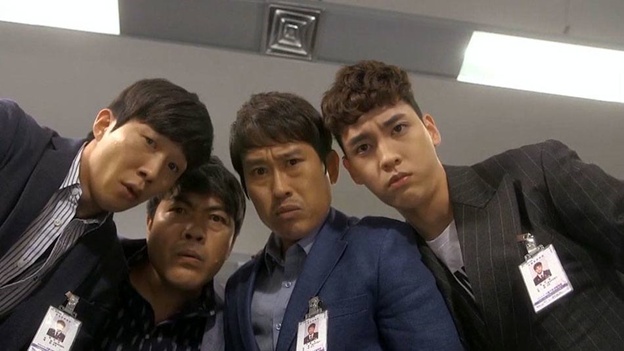 Other Members Of The Investigative Team

The main story arc of the investigation of the Barcode Serial Killer lacked tension and drama because the viewer is aware of the killer's identity very early on in the series.  The resulting tension in the crime story comes from When-Will-They and How-Will-They, rather than Who-Done-It.
The romance between Moo-gak and Cho-rim is also a light, sweet pairing.  They come together naturally, and there's not much drama between these two.  It's some good natured silliness, some arguing, a lot of going out to eat massive amounts of food, practicing comedy routines, and chasing down a murderer together.  There is some conflict when Cho-rim's memories begin to surface, but it doesn't last long and is easily swept aside.  The crime story takes up the majority of the series, and I wish there was a little more room for the romance â€“ it felt unbalanced. 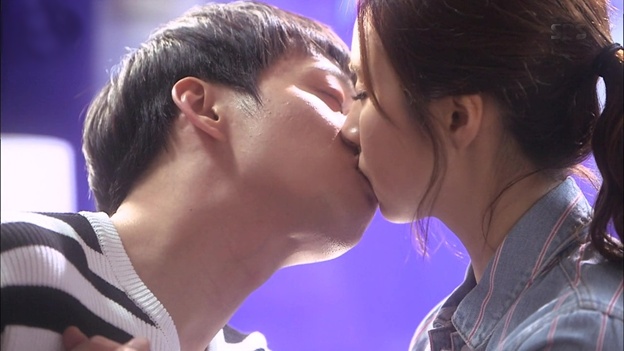 Who doesn't love a good Yoo-chun kiss scene?
The highlight for me was Park Yoo-chun's comedic acting. Prior to this, I had watched Sungkyunkwan Scandal, Rooftop Prince, and Missing You with Park Yoo-chun.  In Rooftop Prince, he did have the opportunity to show his comedic side, but because his character was largely the "straight" one, he didn't have the freedom to go broadly funny there.  In Sensory Couple, I was surprised and delighted to see him flash in and out of comedy, as he practiced the skit routine with (and without) Cho-rim.  Obviously, the skit was written by Cho-rim and not actually meant to be funny (the on-going joke is that Cho-rim is not actually very funny for an aspiring comedienne), but Moo-gak puts his heart into it for her sake, and that in itself is sweet and charming. 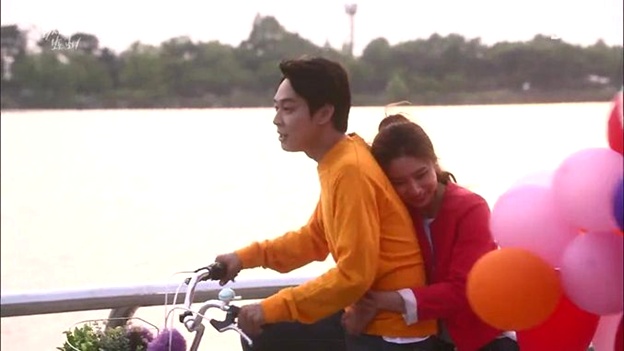 One problem I had was with Cho-rim's initial reaction when she realized she was Choi Eun-seol.  She was deeply upset that she was connected to Moo-gak's sister's death, but she did not spare one single thought for the double homicide of her parents.  I just thought that was super unrealistic.  She regains her identity and she's immediately consumed by her boyfriend's sister's death?  What about your parents?
The gimmick of Cho-rim's ability to see scents was fun, but if you thought too deeply about it, it started to give you a headache.  (Why does she only see certain scents, wouldn't she be completely flooded by all the scents floating around her all the time, is it a selective thing, etc. etc.)  Better just to accept it at its face value and not go deeper.  And that's what this series seemed to be asking you to do.  Just enjoy it for what it is, and don't try to go deeper. 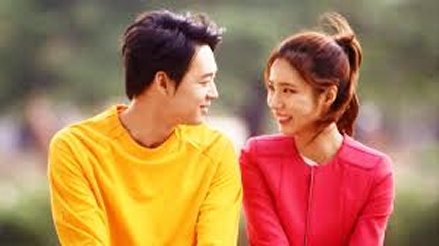 Overall, it was worth watching just for the comedic antics of Park Yoo-chun.  The story arc about the Barcode Serial Killer investigation was interesting enough to keep you in your chair, and the "seeing scents" ability was a fun gimmick.
I really did enjoy this series, and finished it in just about a week, but it's not for someone looking for anything with an emotional, meaningful, or deep story.  If you just came off of a heavy melodrama like Missing You, and are craving something light and sweet, this is just the thing.