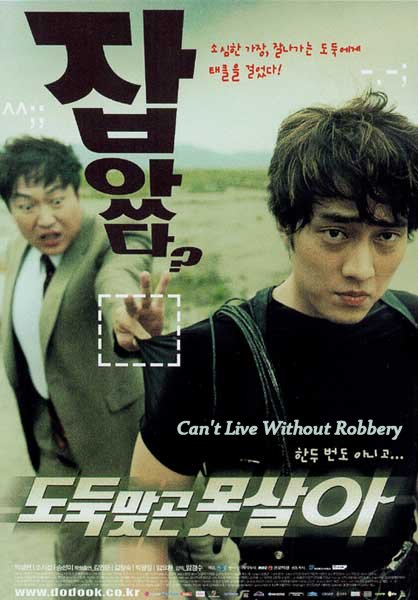 Can't Live Without Robbery
도둑맞곤 못살아
aka Steal It If You Can (2002)
MBC Drama Special - 1 Episode
Comedy, Grade: A for the Laughter
Korean Drama Review by Jill, USA

Absolutely hilarious show! I thought I knew every So Jisub drama known to man, but I had never even HEARD of this one, which I found accidentally online by perusing listings of short K-dramas (I like to watch short ones while waiting for new episodes of ongoing longer series I am watching ... helps pass the time).


If you're a die-hard So Jisub fan like I am (he was the one who turned me on to K-dramas in the first place ten years ago when I watched I'm Sorry, I Love You for the first time) you won't want to miss this treat. I loved seeing Jisub So young here in 2002, and of course, like in most of his dramas, we get to see his lovely swimmer's body yet again. ;) Swimming was his first love, even before modeling and acting. I love his sense of humor in this offbeat drama, best I've ever seen from him.


The Wacky Story: So Jisub plays a quirky guy in his twenties named Kang Jo Choi who has become wealthy by designing popular video games. In his spare time he breaks in and enters rich people's mansions while they are away or while they are at sleep at night, and he canvasses the places, each time removing different items that he's interested in. What he learns from his "hobby" of breaking and entering houses are techniques and skills he showcases in his video games as well. 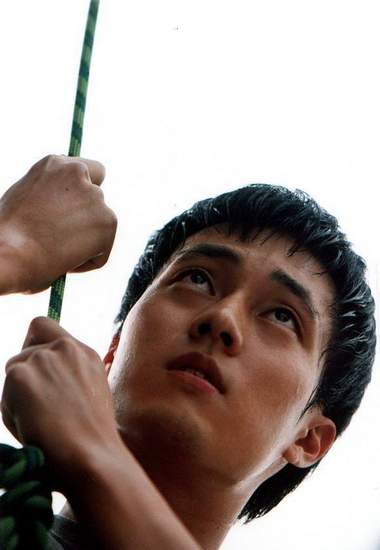 One night Kang Jo enters the oddball modern mansion of a rich family who live in the middle of nowhere because after they built their mansion the environmental protection people claimed some valuable fossils were found in the area, so the rest of the land could not be used for real estate development. An easy target for theft because there will be no police checking up on a house that's miles away from civilization.

Kang Jo doesn't just break in once at this house, but several times; it's the challenge he loves even more than the items taken. However, the middle aged husband and father of two named Kang Sang Tae (Park Sang Myun), who lives in the house, gets angrier and angrier at the burglar and eventually becomes intent on capturing him. He tries martial arts, buying a dog, boarding up his house, but nothing works! Kang Jo the Burglar gets around everything Kang Sang Tae tries, until there is an all out battle between the two Kangs. The more this drama progressed the more I felt I was watching Home Alone For Middle Aged Men, especially when the owner sends his family out of the house on an excuse, so he can try and capture the burglar alone. Macaulay Culkin, eat your heart out! 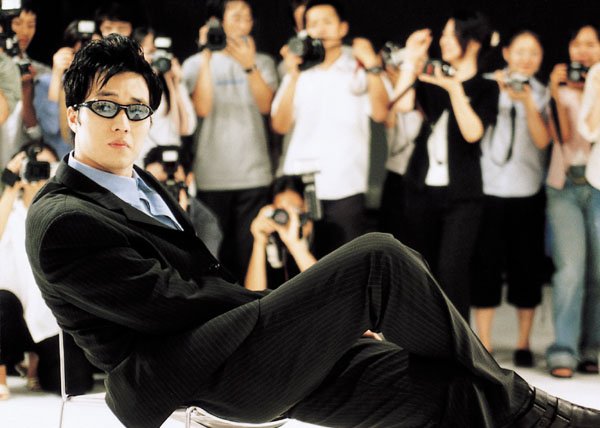 This wife is so weird! She blames her husband for stealing the remote for the TV (when it was the Burglar) and she calls the cops on hubbie! The wife answers the door in a slip and the cop looks her up and down with interest. Her young son runs in front of her so the cop can't see her sexy figure. "CAN I TOUCH YOUR BAZOOKA?" he asks the cop. I just rolled with laughter! 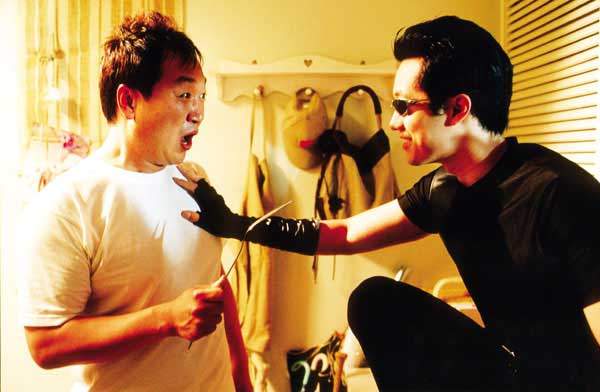 The husband buys a big dog and calls her Nessie, after the Loch Ness Monster. The dog is pretty dumb and husband even has to teach her how to bite a bone! However, once he knows there's a dog in the house the Burglar buys a steak, injects tranquilizers into it, throws it through the window to the dog who quickly eats it and falls asleep! Burglar enters the house and steals the husband's private diary and a bottle of expensive liquor. When he reads the diary later he learns it's the husband's 39th birthday coming up so he sends the husband a box of neckties as a present! Inside the box is a note: "In seven days I will return to take your television set". Kang Husband is determined to get Kang Burglar this time! That TV set is a huge, expensive one hanging on the wall. It's a set he values because he gets to spend time with his family watching old classic movies on it. 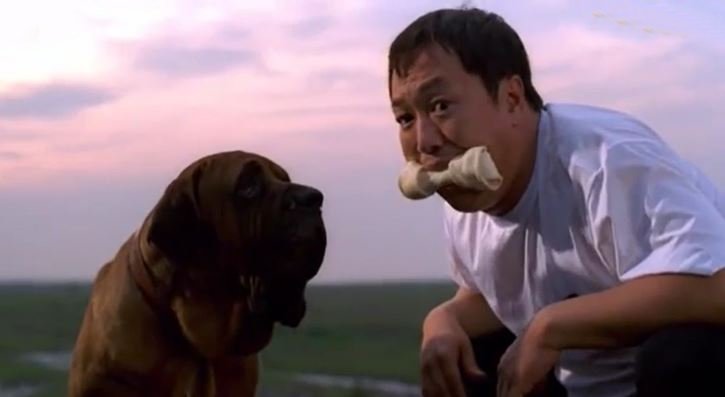 That fateful night Dad and burglar fight and fight using all kinds of tricks and gadgets and weapons. Meanwhile the family doesn't feel right about leaving Dad home alone, and they turn around and go back. They enter the house, the son takes out his slingshot a la David and Goliath, and knocks So Jisub the Kang Burglar out cold. Dad wins! In true Kevin style he raises his fist: "YESSSSSS!"  Cut to a year later and Kang Dad and Kang Burglar have opened a new company together on Home Security. Too funny for words. And the Burglar has incorporated everything he has learned about breaking and entering into his latest video game which is a huge hit. Happiness and Money abound for both the Burglar and his new adopted family! Who says crime doesn't pay???

At first this drama special was so bizarre I swore that someone on LSD must have written it while tripping the light fantastic, but it quickly grew on me anyway, the more I laughed with each scene. If you really need to laugh check this drama special out. Have fun! The kids might like this one, too. 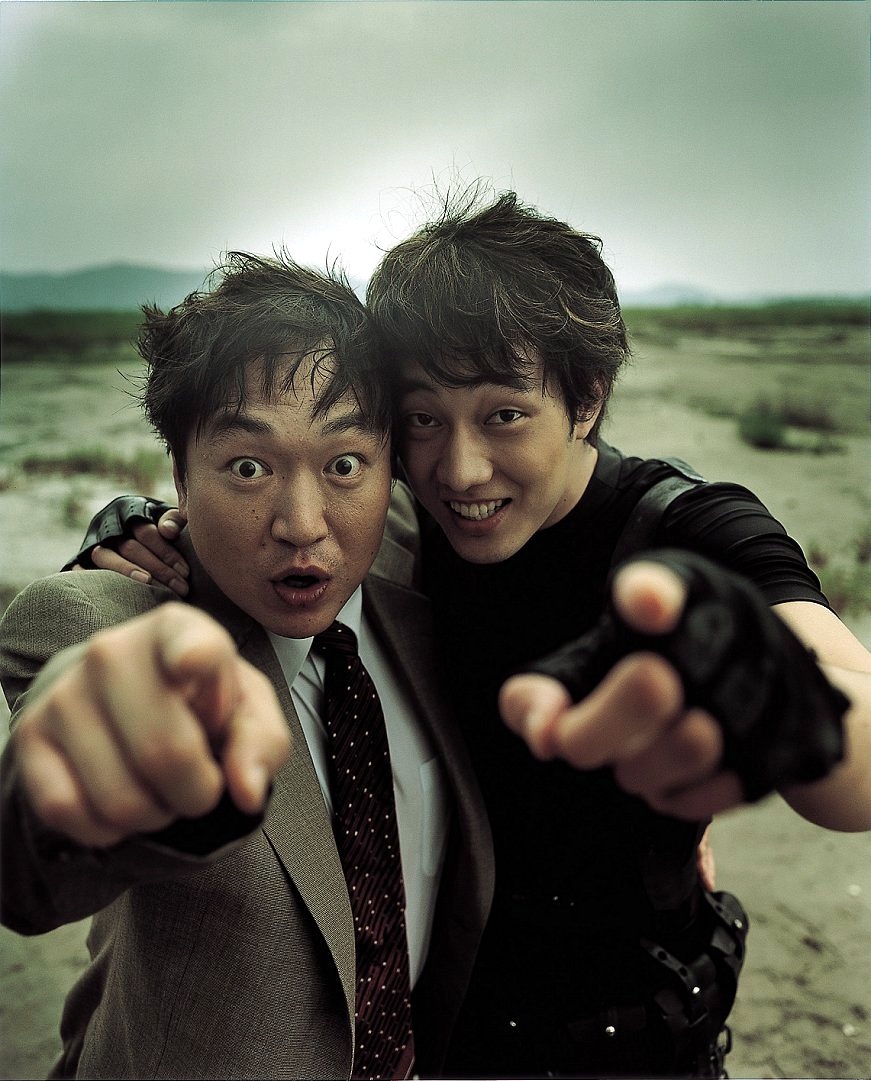