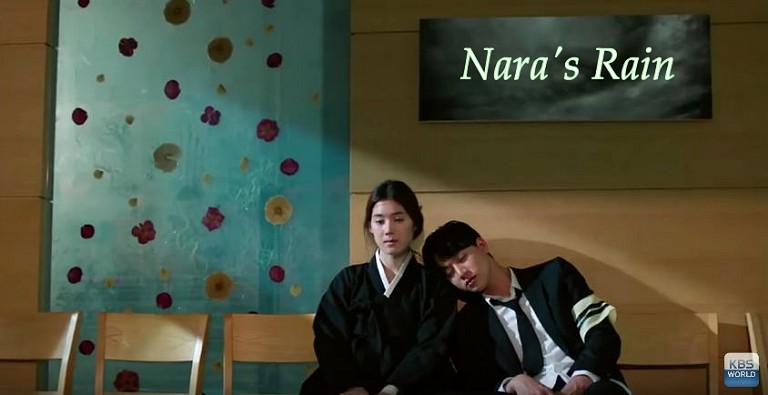 Leaving you with a wistful, slightly sad feeling by the end, this very well acted, delicate subject matter KBS World drama special, Nara's Rain (2013), will be one you are not likely soon to forget. The main actress was very pretty Jung Eunchae (Dr. Frost) and main actor was the unusual but very effective Yoo Min Gyu (Master's Sun). He played a ghost in that popular drama, the young man who was in love with a delivery girl who came to his home. If you remember, his grandma wanted to set him up with a female ghost in marriage (through that weird medium!) but he wasn't having it, he only liked the delivery girl. It was nice to see him sans ghost makeup in Nara's Rain. 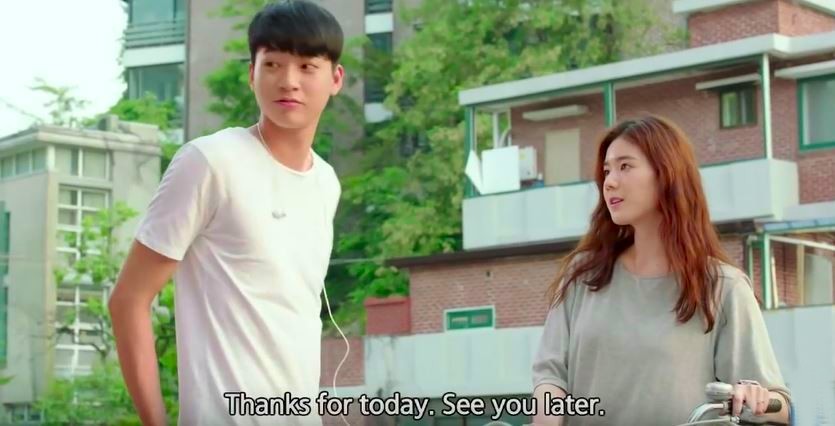 The Story: Eunchae plays a high school teacher named Nara whose teacher husband dies on a rainy night when he was trying to help some students avoid joining a biker gang. The same night her husband dies, a junior high male student named Son Ugi, played by Min Gyu, discovers his father died in a car crash due to the slick roads. Now he is an orphan, since his mother previously died, too. Nara and Ugi's loved ones' funerals are held in adjacent rooms at the funeral hall. 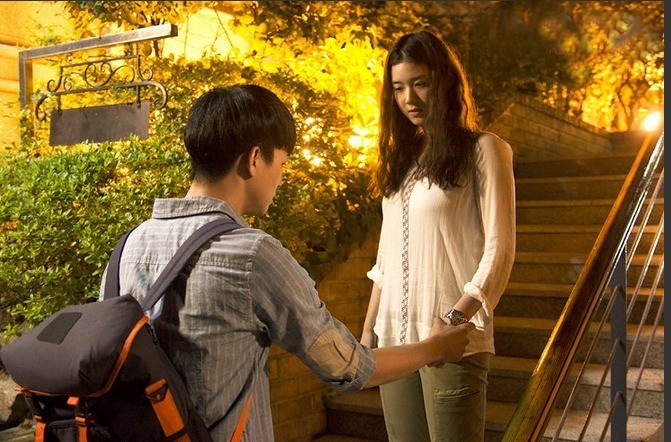 Two years after their loved ones' deaths, teacher and student meet again when she returns to teaching at the local high school, and they both start to have feelings for one another; they feel like no one else at the school could truly understand their sense of loss ... even their mutual sadness whenever it rains ... but they don't do anything about their feelings physically, keeping it suppressed at first, and then they ultimately accept the feelings for what they are, knowing that eyes are watching them. In that way it was very chaste and platonic, a pure kind of sincere affection, which was wise of the writer; anything else would have been tawdry. Thank goodness they didn't go there.

In real life both of these actors are the same age, but here they dressed Min Gyu down again to look like a 12th grader instead of a 28 year old. I liked the story anyway, because it was chaste, there were no kisses, they just hold hands, and it did shine a light on the feelings of grief and loneliness people go through after they've lost someone they've loved. If you don't mind a more subtle "noona romance" (older woman, younger man), with some mystery thrown in, you will probably enjoy Nara's Rain. You can watch this one hour drama special right here, below. Enjoy!