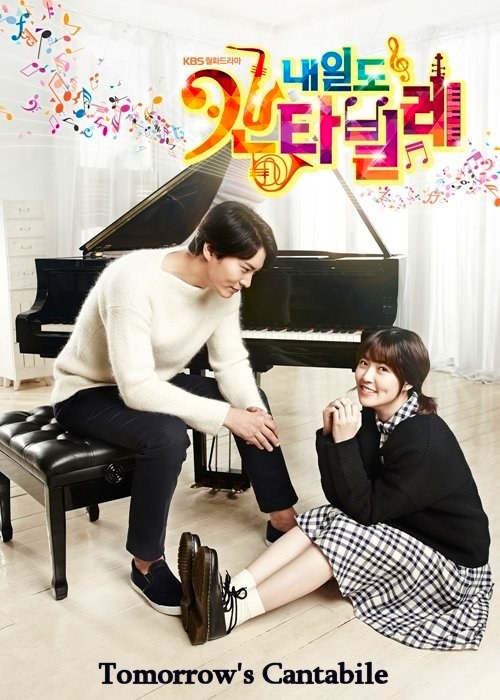 A completely joyful, exuberant and unforgettable Korean drama, Tomorrow's Cantabile (2014) is an inspiring experience, especially if you adore classical music as I do. Based off a popular Japanese manga and Japanese drama, the Koreans put their own special spark on the story for their version and hired perfectly adorable and intelligent actors and actresses who could deliver complicated performances as musical geniuses but also as social misfits too.

Production values were truly excellent (Dramafever invested in this one) and we even got gorgeous location shoots in Salzburg, Austria, a timeless city, Mozart's birthplace, which hasn't changed one bit since the making of The Sound of Music, or when I was there with my high school choir more decades ago than I care to remember. This show is fantasy, and has some typical cliche K-drama moments like "the back hug" instead of a kiss, but I would certainly rate it somewhere in my top twenty K-dramas viewed. My favorite highlight, after the Salzburg location scenes, was the scene at the end of episode seven when we are treated to a wonderful sequence showing the school's orchestra in cute vintage costumes, playing the Mambo dance number from West Side Story. I actually got up and danced! Just fantastic. If only more K-dramas were as sparkling as this one.

The Story: Yoo-jin Cha (Joo Won) is a musical prodigy who plays classical piano and violin, but his secret heart's desire is to become a conductor. Although he dreams of living and learning music in Salzburg, Austria, where he spent time as a child and met a famous conductor whom he yearns to study under, he has mental issues related to being in a plane crash on his way home to Korea with his mother years before, so he is terrified of flying and he feels stuck in Korea in a private music school where he is the top student and everyone else sounds deficient in their musical abilities. He is easily frustrated at his main piano teacher, the stern Professor Kang Jae Do (character actor and veteran of many dramas, Byung Joon Lee), and he's constantly writing the administration to say he is leaving the school, which no one takes seriously, not even his long term girlfriend Do Kyung Jae (Yoo Mi Kim), an opera singer in training whose dream it is to sing Carmen, who breaks off with him because of his conceit and stubbornness. Although he is a musical genius Yoo-jin wants to do things his own way and not follow teacher instructions. Eventually he is removed from top teacher Kang's private tutoring piano class and sent to "the leftovers" teacher, a kind, always smiling and non-judgmental old-timer named Ahn Gun-sung (Namgung Yeon). 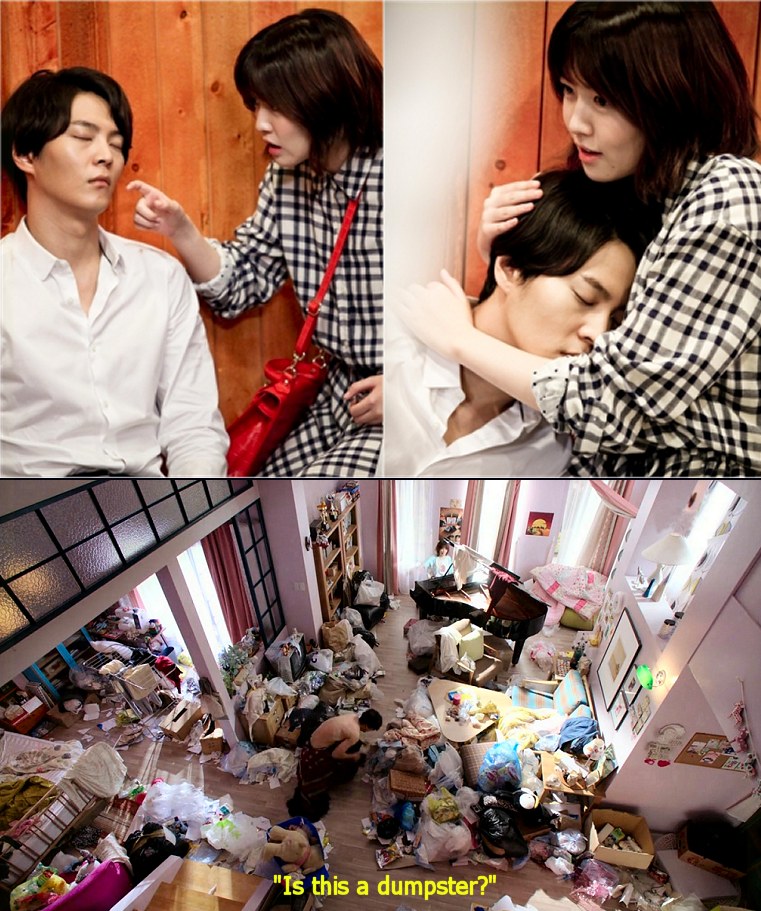 When his girlfriend dumps him, Yoo-jin gets drunk and falls asleep in the hallway outside his apartment. His neighbor in the next apartment, the effervescent but naive Nae-il Seo (charming actress Eun Kyung Shim from Bad Guy and the Korean horror film classic Hansel and Gretel -- her character's name means "tomorrow" in Korean) finds him on the floor and tries to wake him, with no success. "He's so good looking," she sighs and smiles to herself, dragging him into her own (filthy!) apartment, where he spends the night and then wakes up the next morning to see flies, bees, and cockroaches in an apartment filled with garbage!

He screams and freaks out and runs to his own apartment to strip and take a shower. Later, only because the smell from her room is wafting into his own, he gloves and masks up and helps her clean all the filth out of the apartment. "Even the piano sounds different", she exclaims while she runs her fingers over the keys after the apartment is cleaned. "That's because the reverberation is better in here because there's more room in your apartment now." He realizes she stinks as well, especially her hair, so he dunks her head into a sink filled with water and dries it with a hair dryer. She immediately looks cuter and more polished than before. Already they are bonding with one another in unexpected and funny ways. 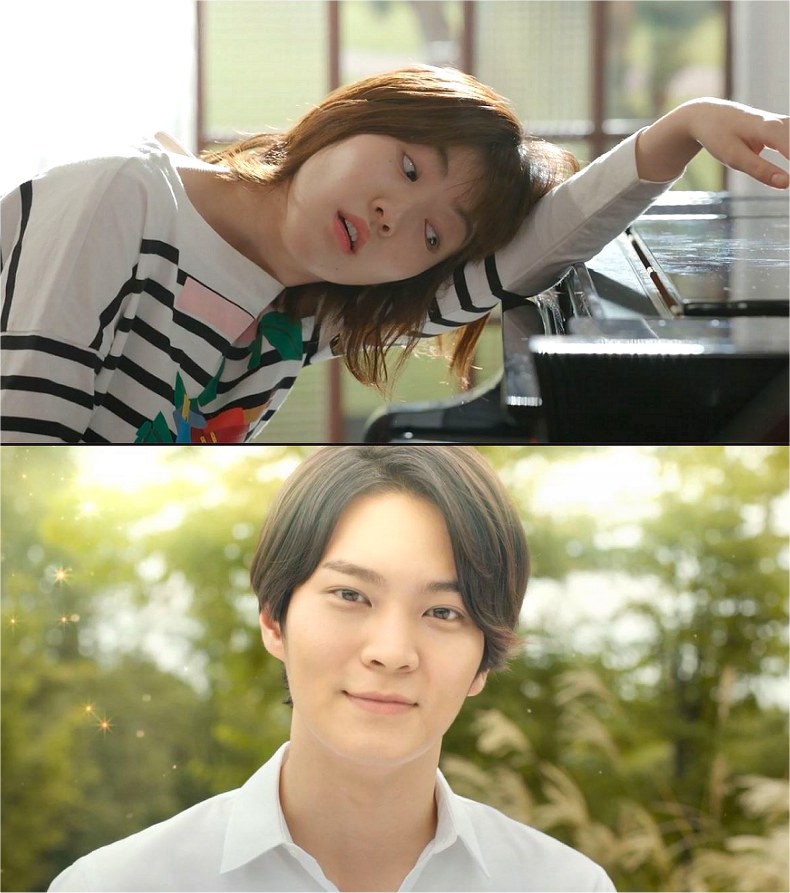 
Nae-il is a totally free spirit character who is also a genius classical pianist. Her personality is in direct contrast to Yoo-jin's more imperious one. Due to her unpredictable behavior, she causes all kinds of trouble on campus, especially when she spontaneously chases after Yoo-jin shouting "Orabang!" (Jeju dialect for "older brother") whenever she sees him, but when it comes to the piano and her practice time, she boasts exceptional creative talent, even better than Yoo-jin's. Apart from the music practice time, in which she powerfully impresses Yoo-jin, especially when they play duets together, she constantly annoys him with her strange mental issues, but her lovely charms and adoration of music eventually make her irresistible to Yoo-jin as well; their journey getting to know and trust one another - and even to love one another - is the chief delight of watching the series. 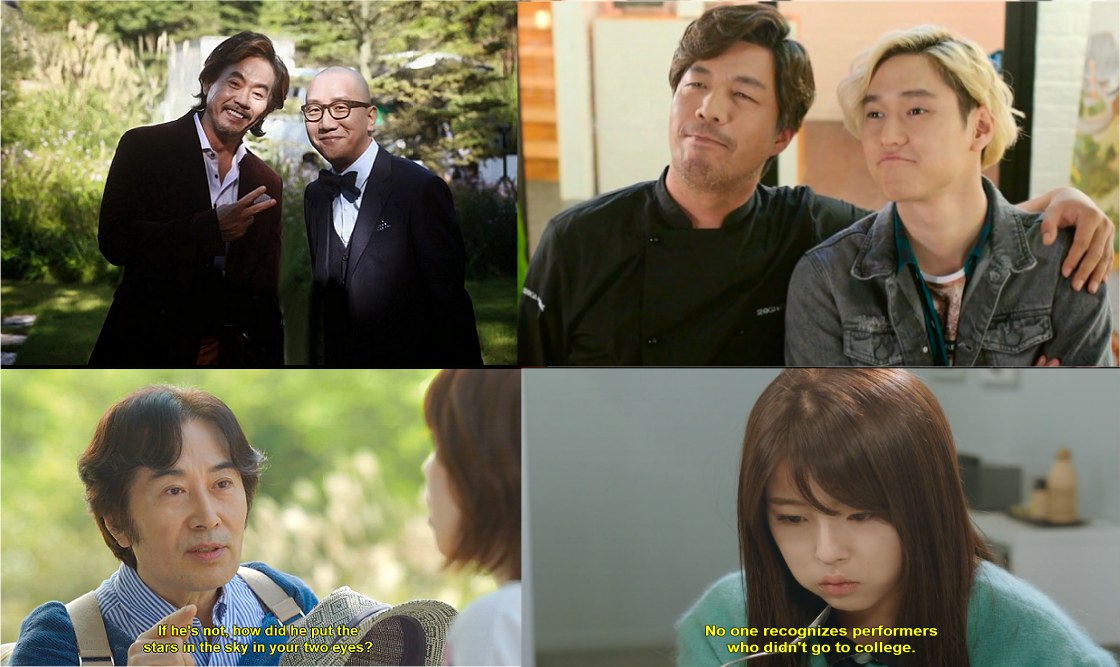 There are many secondary characters to enjoy too. There's Nae-il's best friend Min-hee Choi, a bassist (Do Hee Min), who is a sweetie pie on a scholarship to the school, blond first violinist Il-rak Yoo (Kyung Po Go, who was terrific in Operation Proposal) who becomes close friends with Yoo-jin and tries hard not to disappoint his demanding father Won Sang Yoo (Kil Kang Ahn) who owns a restaurant and works hard to pay for his schooling, cellist Yoon-hoo Lee (Bo Gum Park) who falls for Nae-il but who eventually becomes ill and has to give up the cello for conducting which he seems to excel at; a curly haired percussionist named Jae Young Lee (Yoon Woo Jo) who is on the feminine side; an older gentleman conductor named Franz Van Stresemann (Yoon Shik Baek) who visits the school from Austria and then becomes the new conducting teacher -- only to dash Yoo-jin's hopes for ever becoming a conductor himself, preferring Yoon-hoo to Yoo-jin. Stresemann has long been in love with the lady dean of the school, lovely Mina Song (Ji Won Ye) and he seems to bring out the best in student Nae-il, calling her "baby" and encouraging her musical creativity and free spirit, while others criticize her instead. The secondary characters really help to flesh out the story and make it endearing. 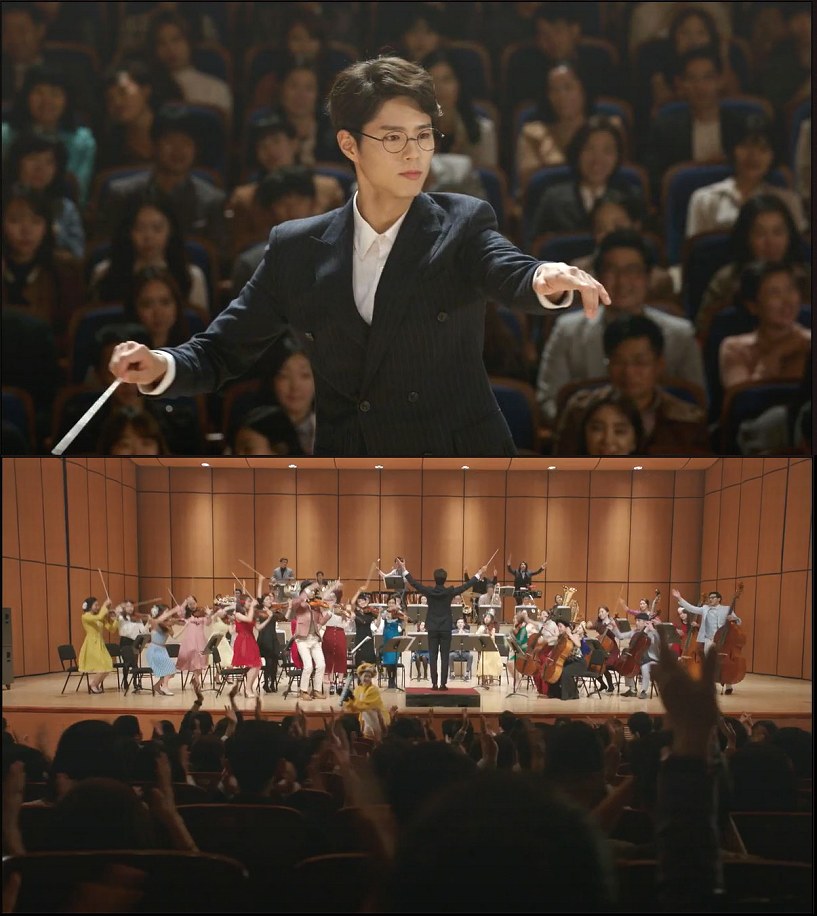 Former cellist Yoon-hoo Lee (Bo Gum Park) made a nice and humble second male lead;
here he has fun leading the orchestra in playing Bernstein's Mambo from West Side Story.

All the characters grow remarkably as human beings during the course of the show. Even Yoo-jin becomes more humble, therefore even more attractive than he was at the beginning. At one point Nae-il goes back to Jeju where she was born and where her family lives, but Yoo-jin, lost without her, follows and we see one of the most pretty back hugs in the history of K-dramas. So sweet! Eventually both Nae-il and Yoo-jin get to go to Salzburg, Austria and a proposal is imminent. When you remember how the two of them were together at the beginning of the drama it's amazing to see how far they've come emotionally and romantically by the end. Although - much to the consternation of fans - there's not one single kiss! (and there were some in the manga - so no excuse!). 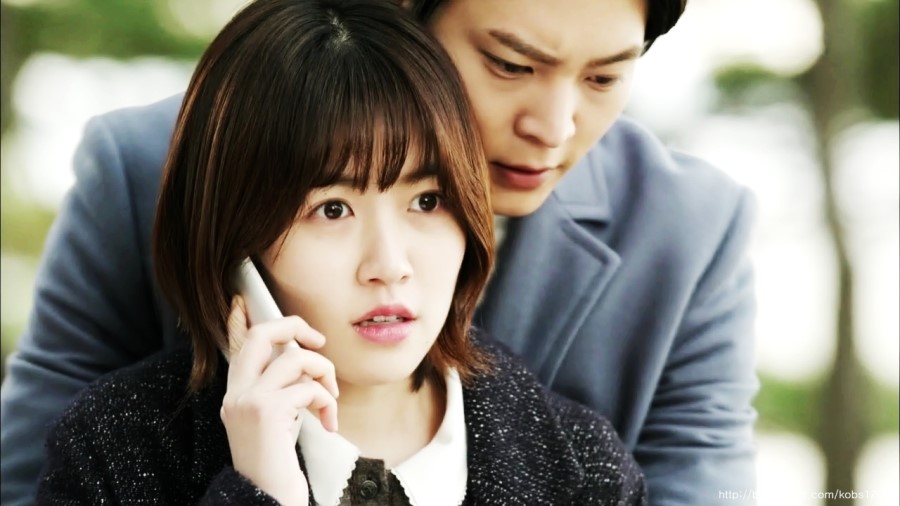 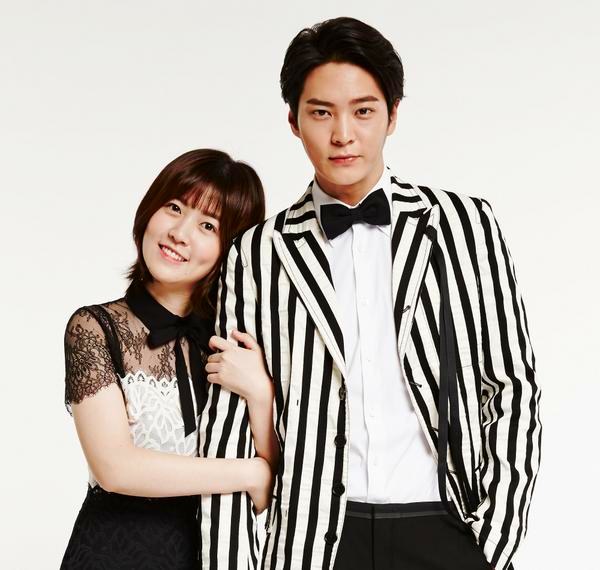 BACK TO K-DRAMA REVIEWS