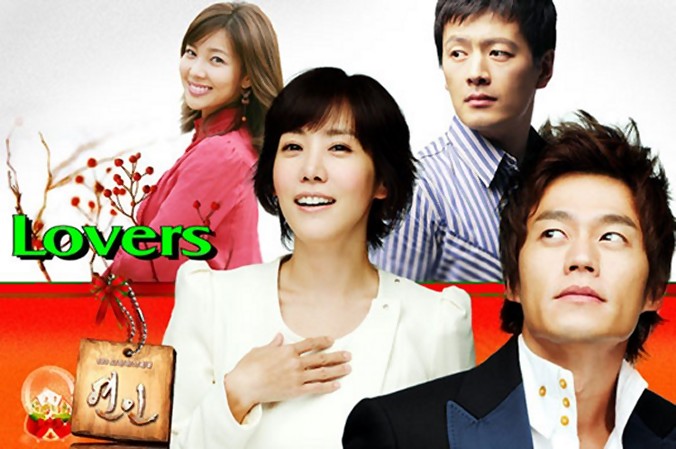 Lovers (2006) has a lot of the charm of the older K-drama styles but with some transitioning into the newer styles. For instance, here we have yet another "gangster falls in love with a good woman and starts to reform" story, similar in some ways to K-dramas like I'm Sorry, I Love You (2004), but in this 2006 drama we definitely see some modernization of the story, for instance showing premarital sex, mistresses, and even a pregnancy out of wedlock (which we didn't see in the older dramas). Most K-dramas are shown in the family hours of nighttime television in Korea and are pretty clean compared to American television shows; they usually have tight standards against bedroom sex scenes, for example. Obviously by 2006, and this drama, all that had started to change! It's funny, too, because when I first started watching this drama I had no idea what year it was made and immediately guessed 2006 from the styles of cell phones they were using! Anyway, I ended up enjoying Lovers so much that I bought the DVD set on Amazon for my own (extensive) K-drama library so I can watch it again in future.

Although gangster stories are usually not my cup of tea (Korea makes far too many of them!), Lovers was uplifted and made special by the warm and wonderful lead actress Jung Eun Kim, who plays a plastic surgeon named Kang Jae Ha, the daughter of Pastor Mok-sa (In-hwan Park) who runs an orphanage. She works hard to send money home to her father who is watching over many orphans, but because of her high ethical standards she gets in trouble with her boss in the medical office where she works; she refuses to give women Botox shots when they don't really need them. Finally she is fired from the office because of her stubbornness, and in one absolutely terrific scene you see her boxing up her stuff to leave and you can see her internal struggle without her having to say a word: I really need the money so should I go in to the boss and apologize and change my ways? She walks into the boss' office without notice and the audience REALLY thinks she is going to apologize to get her job back, but then she peers down at her boss closely and says to her: "You know, you really need some work done. If you ever need someone to fix your eyes or your nose you can always come to me at my new practice and I'll do it for free." Oh, I laughed and laughed at that scene. She is WONDERFUL! I completely fell in love with this upbeat character; she just oozed brightness and joy and happiness as a person. You wouldn't need Prozac if you hung around with her! 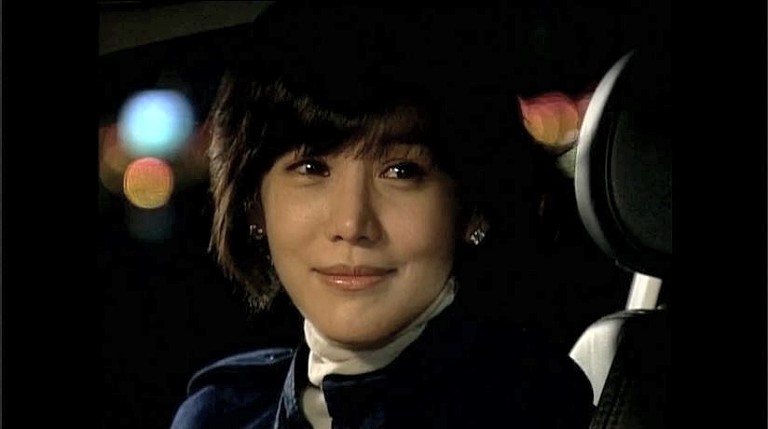 Ironically she ends up falling in love with a gangster named Mi-ju Yoon (played by "Mr. Dimples", actor Jung Eun Kim, with whom the actress began an affair in real life), after he is stabbed by thugs and she has to stitch up and bandage his wound; he ends up staying for a few days to heal at a detached office on her father's property and she checks on him everyday and gives him antibiotic shots (in the tush! That'll do it!). Her goodness and sweetness and humor wins his heart, though he doesn't admit it for a long time. It also makes him back off wanting to buy out her father's land because his crime organization had wanted to build a luxury resort in that area. Ah, what true love can do, even to the blackest of hearts! I loved a conversation the two characters had at night by firelight on a beach, where Mi-jun asks Kang Jae why Jesus the Great Shepherd would leave the many sheep to go save just one. He simply did not understand the concept and she has to gently explain it to him. That scene was heavily symbolic regarding his own life as a gangster and Kang Jae's role as the shepherd out to save him. 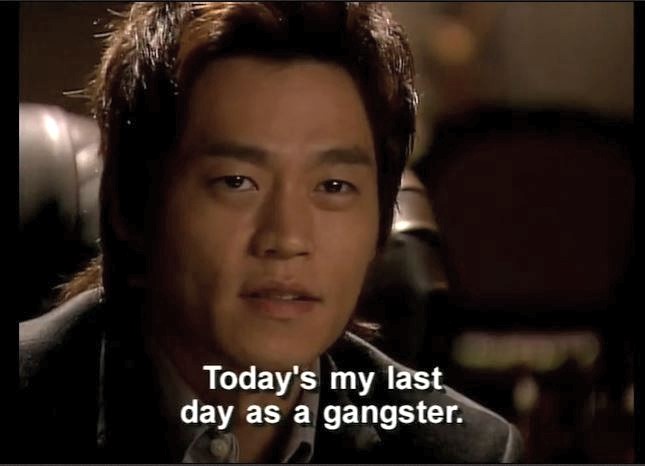 Mi-ju has a long way to go, however, before he is reformed. He happens to have a long time mistress whom he shares an apartment with, named Yu-jin Park (beautiful actress Gyu-ri Kim) who ends up pregnant. At first he feels like he has to do the right thing and marry her, even though he's not really in love with her. She ends up losing the baby to miscarriage and doesn't tell him for awhile in order to hold onto him. She senses that his heart has strayed from her, and how right she is! Somehow though I couldn't really hate her, but pitied her. She really did love him, and it was hard for her to see him fall in love with her next door neighbor in the apartment complex -- who just happened to be Kang Jae the plastic surgeon!

Kang Jae too has someone interested in her, businessman Se-yeon Se (very handsome actor Chan Jung, who appeared in Master's Sun as the pianist who couldn't get over his deceased wife), but who just happens to be the brother of Mi-ju! The two brothers had a bad start of it since youth, when their gangster father had adopted Mi-ju off the streets and given him lots of attention, which had made Se-yeon, the biological son, jealous of him. Part of the back story in Lovers has to do with these two "brothers" restoring some kind of a decent relationship, which is hard-going, especially when both love the same woman. On paper at least Se-yeon looks like the far more stable person for Kang Jae, as is typical of 2nd male leads in K-dramas, but there's no accounting for a woman's heart. The first male lead almost always gets the girl ... unless he dies.

The love rivals to the main couple: actor Chan Jung as Se-yeon and actress Gyu-ri Kim as Yu-jin

There is also a plus for actor Nam Gil Kim fans (Shark, Bad Guy): he appears in this 2006 show sans mustache playing Mi-ju's bodyguard named Tae-san. I believe he had a different stage name (Han Lee) in 2006 because he isn't credited properly for this role on any of the online K-drama websites. I had hoped watching Lovers that he would end up with Yu-jin, since he seemed to care about her (he was the one who rushes her to the hospital when she loses her baby), but the story sadly didn't go in that direction. Kang Jae's friend and roommate in the story named Choi Yoon (pretty little actress Mi-joo Yeon) seems to get more scenes with him; she has a crush on him (who wouldn't?) but he looks mostly annoyed with her because she's rather silly, flirting with him in outrageous ways to attract his attention. 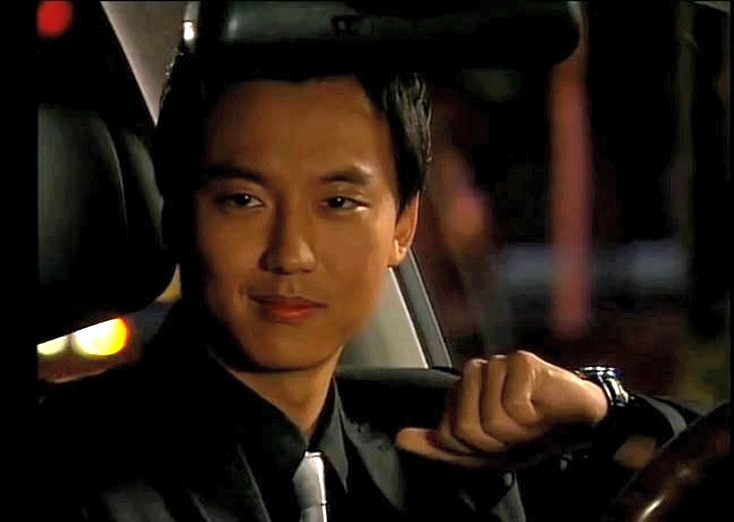 The road for Mi-ju is paved with serious obstacles to his reformation, including the deaths of men he loved and trusted in in the crime organization. The thugs also target Kang Jae because everyone knows by the end who he is in love with, so to defend her and the men he is close to in the organization he ends up killing the prime murderous thug, but still has to go to jail for four years. (What IS it with Korea and its lax laws regarding self-defense?) Kang Jae waits for him, but will he still feel the same way about her when he is released from prison? 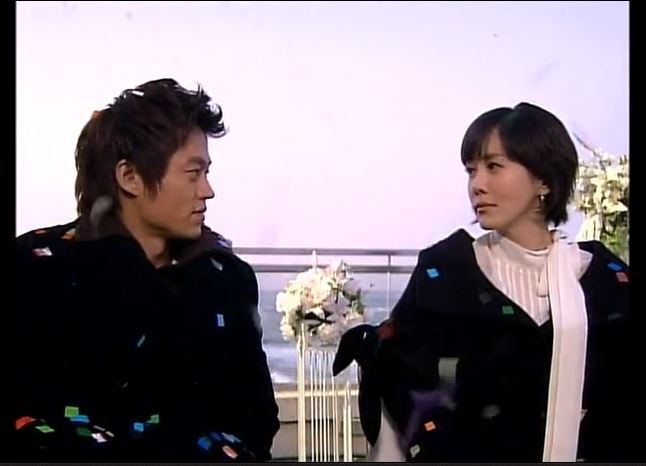 Lovers is a nice edgy romance with solid acting all around but especially from the leading lady, who also starred in another one of the "Lovers" trilogy K-dramas, Lovers In Paris. Jung Eun Kim is simply magnificent in this role (have I gushed enough about her yet?). She is the real reason to watch Lovers. Enjoy!!!


BUY DVD FOR LOVERS AT AMAZON