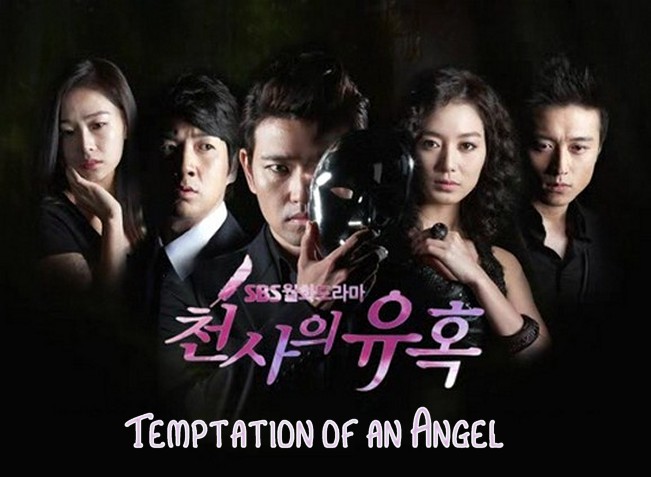 
The Korean revenge drama Temptation of an Angel (2009) exemplifies a tradition of nearly all Korean K-dramas – from the first episode, you will be hooked. This drama features one of the more outlandish plots and does strain credulity over its 21 episodes. However, it is fascinating to watch, with an anti-heroine / villainess who will seemingly stop at nothing to seek her revenge and protect her own hide, and a hero who becomes something of a villain himself as he matches wits with her. Temptation of an Angel is a spin-off of a sensationally popular long-running 2008 K-drama Wife's Temptation.

Temptation of an Angel provides starring roles for two actors I had only seen previously as secondary characters -- Lee So-yeon, who played the jealous Mi-Na in Spring Waltz, and Bae Soo-bin, who was the cheerful, sweet “other man” trying to win the heroine’s affections in Shining Inheritance. Both these actors are excellent in their roles, with the ability to command sympathy even when they are behaving in heinous ways. Both have deceptively sweet faces that belie their conniving natures. Rounding out a love quadrangle are Jin Tae-hyun as the anti-heroine’s partner in love and revenge, and Hong Soo-hyun, as a gentle and determined young nurse, with her own back-story.

The premise hinges on a classic revenge theme. Joo Ah Ran (Lee So-yeon) is a girl from the wrong side of the tracks, who is marrying the scion of a wealthy family, Shin Hyun-Woo. The family owns a furniture business, which they are seeking to expand to become even wealthier. Hyun-Woo is crazy about Ah Ran, but knows virtually nothing about her past. Most importantly, he does not know that she is just using him to further her ultimate goal: that is to avenge the death of her parents (a crime for which Hyun Woo’s father and mother were responsible) by destroying his family from within. Just shortly after their marriage, Hyun Woo discovers that his bride has been deceiving him.  However, before he can take action, she arranges for him to have a car accident, hoping he will be forever silenced. Miraculously, he survives, but remains in a coma, nursed back to health by nurse Yoon Jae Hee, who falls in love with him. 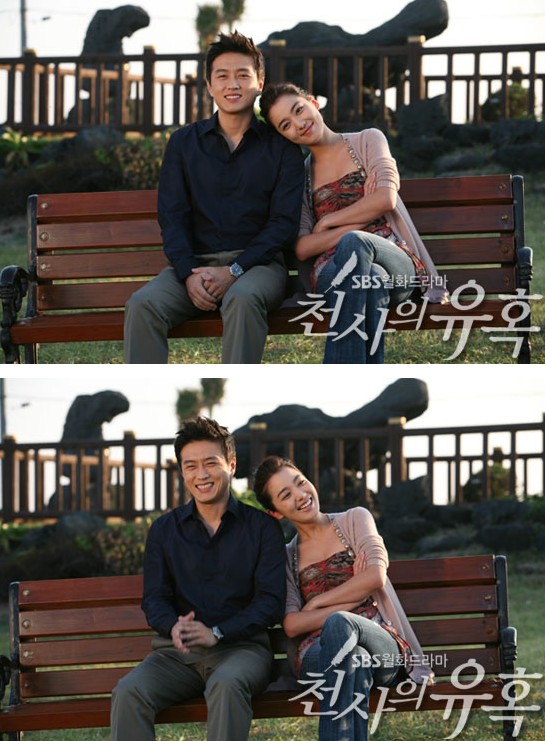 Even as he is recovering, Ah Ran is still trying to do him in. He beats her to the punch by faking his own death, and gets plastic surgery to drastically change his appearance.  This sets into motion his own elaborate plan for revenge as takes on a new face and a new identity, that of a rich business tycoon named Ahn Jae Sung.  He starts courting Ah Ran both personally and professionally, with promises to lend her money so she can further her own business interests. She is torn between a growing attraction to him and her ongoing suspicions that somehow, he is actually her presumed dead husband. (He drops just enough hints to keep her constantly on guard.)  At the same time, Jae Sung is being aided and abetted by nurse Jae Hee, hoping eventually to have a future with her once he has gotten his revenge agenda out of the way. 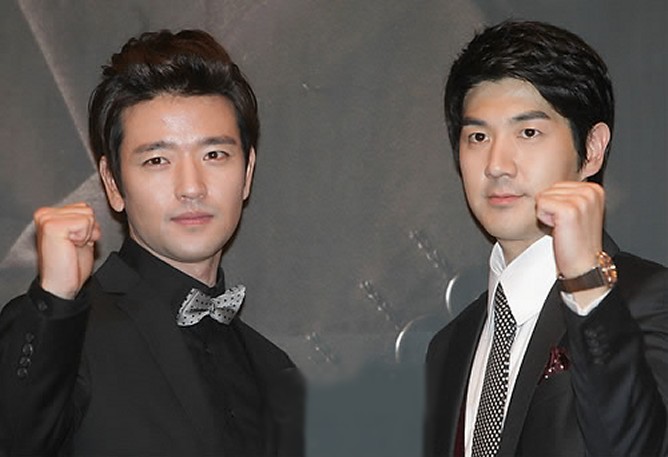 The fun of this drama is watching the cat and mouse game between the two leads. Ah Ran spins so many lies, she cannot keep track of them, yet somehow she always manages to extricate herself from every difficult situation. Her long-time lover, Nam Joo Seung, smolders on the sidelines as she keeps him at bay while spending more time with Jae Sung. Joo Seung is a doctor who has ties to the wealthy Shin family as well as secrets of his own, and a very understandable motive for hating that family. These two have been colluding for years, and Ah Ran does love him in her way, but true to her nature, she is using him too.
What really works about Temptation of an Angel is that it is possible to sympathize with Ah Ran – she has every reason to be bitter against this powerful family ruled by a ruthless father who indeed caused the death of her parents. This sent her on a path to an impoverished, desperate life, and separated her from her younger sister, whom she has been looking for ever since. Little does she know...  However, that would be spoiling the fun of the multi-layered plot.

I loved watching the actress Lee So-yeon, whose petite frame and delicate cat-like features contrast with her will of iron and determination to succeed at all costs. Like any convincing villain, you feel that she is capable of anything, and she pretty much is. 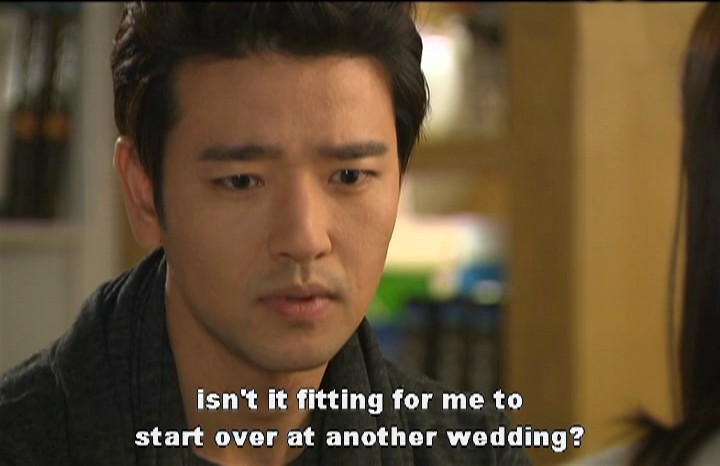 Another plus is the actor Bae Soo-bin as Jae Sung. He is the complete antithesis of his original incarnation, Hyun Woo, who was so sweet and gullible (and who is played by Hang Sang-jin, a jovial, gentle-faced actor completely unlike Bae Soo-bin in appearance).  I cannot say enough about Bae Soo-bin’s talents – even when he is playing the villain (as he does expertly in both 49 Days and Secret) there is something about him that you are drawn to. He is able to convey his motivations, and they are always understandable, even if you despise his actions.  Bae Soo-bin is one of those actors who can successfully play both a hero and a heel. He has good looks and charm in abundance (with such an engaging smile), but then he can narrow his eyes, harden his expression, and project that he is in complete control. His character proves to be just as ruthless as Ah Ran’s, and the ultimate message of the drama is that revenge extracts a cost from the avenger as well.

Watching Temptation of an Angel over the course of its various plot machinations, you do have to somewhat suspend disbelief and agree to go along for the ride.  But it is such a fun roller coaster, and a great escape, especially if you are a fan of the revenge melodrama with plenty of nail-biting moments and secrets to reveal.