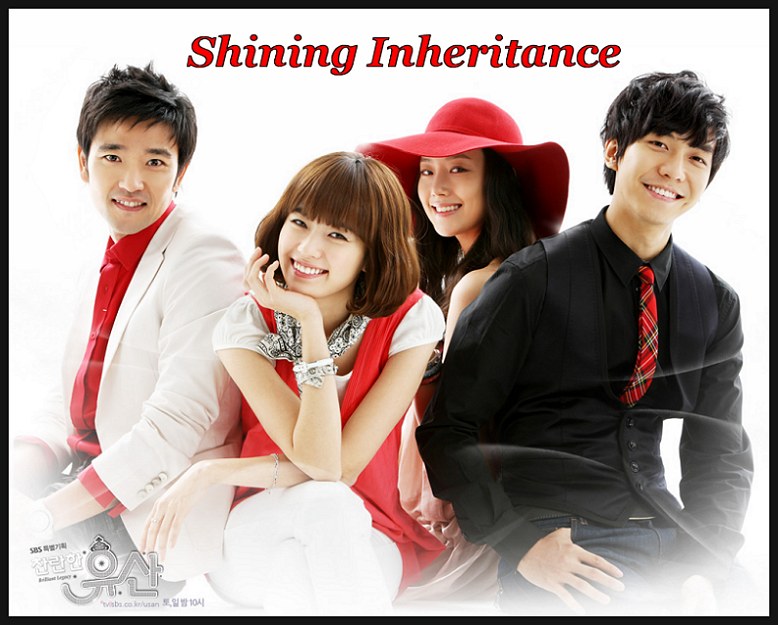 Shining Inheritance aka Brilliant Legacy (2009) remains a very popular K-drama to this day. Audiences are still discovering its charms, which include an attractive cast with a sympathetic, strong, and moral female lead whom they can easily root for, two very different male leads who will make them wonder just who will win the girl in the end, and a story-line rooted in family intrigue, with many twists and turns that keep them on their toes, wondering what will happen next. My own favorite character was the younger brother of the female lead, who was autistic, since I have an adult daughter with Asperger's, a form of autism. It's rare to see a mentally challenged character depicted in a K-drama. I think the parts of the drama that focused on his story were the most poignant of all.

While I enjoyed this show at the time I watched it two years ago I think my friend Alison loved it even more than I did. If you'd like to read her excellent review please click HERE. I will simply summarize the show's storyline and express my own personal opinions about it. There will be some spoilers, so get ready.


The Story: College aged student Eun Sung Go (Hyo Joo Han, from Spring Waltz) comes from a wealthy family. Her father, Pyung-joong Go (In-taek Jeon), owns a construction company, but his family has no idea that it is going bankrupt. Eun Sung returns from the United States to Korea with the intent to bring her autistic younger brother, Eun-woo Go (Joon-seok Yeon, from Shark), who has a rare talent for classical piano and composition despite his disability, to the U.S. for advanced musical schooling. Eun Sung and Eun-woo are their father's children from a prior marriage that ended when their mother passed away. He had remarried physically attractive but amoral Sung-hee Baek (Mi-sook Kim), a woman who cares more about money than she does about family. When the father is reported killed in an accident Sung-hee quietly collects the insurance money and pockets it for herself, and then tells Eun Sung that she and her brother Eun-woo have to leave the family home which is being sold and start their own life together by themselves. Sung-hee only wants to live with her own biological daughter Seung-mi Yoo (Chae-won Moon) and she thinks her daughter's financial chances in life are better if her step-siblings are no longer involved in her life. Sung-hee buys her own smaller home where she lives with her daughter Seung-mi, who really does not like the fact that mother has kicked her step-siblings out on the street. 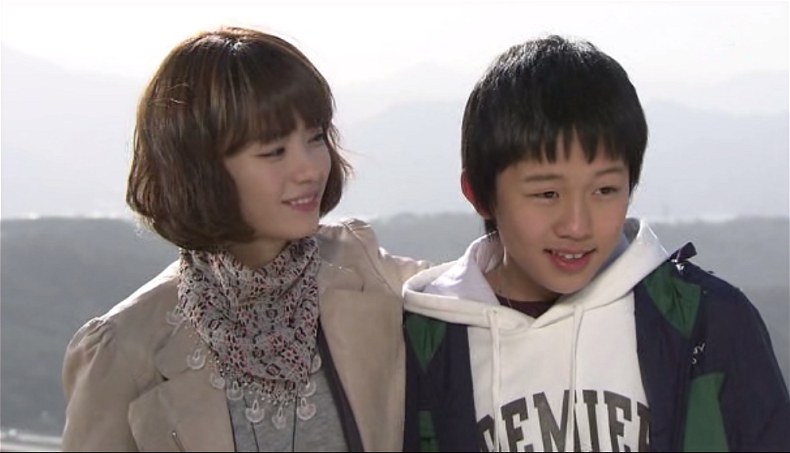 After a few rundown motel stays, Eun Sung and Eun-woo end up staying at her long time friend Hye-ri Lee's (Young-won Min) apartment. The friend also gets her a job as a waitress at a night club, but while she is working there her friend's boyfriend, who was supposed to watch Eun-woo, stupidly sends him out on an errand alone at night and he never comes back. Grief-stricken at losing her autistic brother, Eun Sung is aided by a kind male acquaintance named Joon-se Park (Soo-bin Bae, from 49 Days) who helps her put up flyers around the neighborhood with her brother's picture on them. He privately gives Hye-ri money and tells her to give it to Eun Sung so that she can get a small apartment of her own while she continues to search for Eun-woo. It's obvious Joon-se is taken with Eun Sung's wholesomeness and pluck almost from the first moment they meet.

Unknown to everyone, the amoral Sung-hee had taken Eun-woo and driven him a long distance in her car and dumped him outside an "Angel House", a community home for the disabled. She tells Eun-woo to never try calling his sister's cell phone number or he will never see her again. Eun-woo is taken in by the nice caregivers of the Angel House and given a new name. Also unknown to everyone is the fact that the father, Pyung-joong, had never really died. Once he heard the false reports of his death in the news he decided to lay low so his wife could collect a life insurance policy and be able to pay off his debts. Little does he know that Sung-hee has abandoned two of his children and pocketed the money for herself. 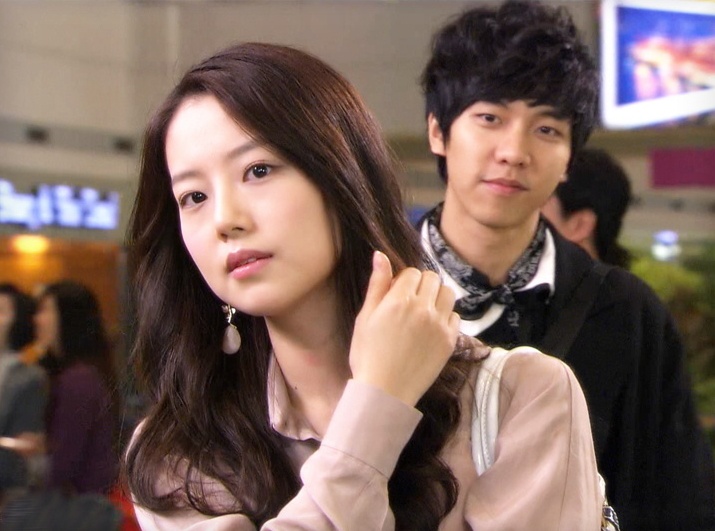 Eun Sung ends up leaving the waitress job and out of desperation starts to sell rice dumplings on the street. While doing so she meets an elderly woman named Sook-jawho Jang (veteran actress Hyo-jung Ban in an excellent performance) who had been trying to sell her rice cakes on the street but who had fallen down a flight of outdoor steps and become unconscious. She takes Sook-jawho into her small apartment and cares for her for a week. After the fall Sook-jawho temporarily lost her memory, but when she regains it it turns out she is actually a wealthy woman who owns her own lucrative food company. Sook-jawho is so appreciative toward Eun Sung for her compassion toward her that she invites Eun Sung to live with her in her luxurious home. She promises Eun Sung that she will help her find her missing brother if she comes to live with her. 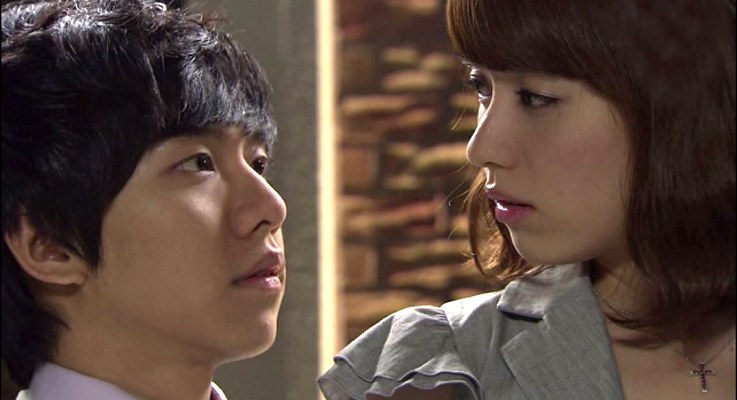 However, the elderly grandmother has an unappreciative spoiled grandson Eun Sung's age named Hwan Sunwoo (Seung-gi Lee from My Girlfriend Is A Nine-Tailed Fox) and he does not want this strange girl living in the family home. Ironically, both Eun Sung and Hwan had arrived on the same flight from the United States and had had some very angry exchanges since returning to Korea, for instance a road rage incident (that one really grated my nerves because people could have died), and a clash of wills over exchanging matching flight bags that had mistakenly been switched at the flight's landing. Eun Sung too is not willing to share a home with this selfish loser who, in her mind, had contributed to her losing her brother when he had smashed her old cell phone with his foot.

Grandma is insistent that Eun Sung live with her and says she will hire the best detectives in the country to find her brother. She also hires her at her food company, since Hwan is aimless and lazy and arrogant and doesn't have any interest in learning how to run the family food processing company. He offends people left and right and doesn't even apologize when he insults the manager of the company. Grandma has had enough of this errant grandson of hers and announces to her family that Eun Sung will live with them all from now on and that she will appoint Eun Sung as her heir instead of Hwan, if she can raise the profits of the company by 20%. This job will finally give Eun Sung the independence she craves, so that when she finds her brother they can live together as a family again.

Eventually Eun Sung's father reveals to his wife Sung-hee that he is really alive. She is shocked and terrified that he will find out the truth of how she cast Eun Sung and Eun-woo out on the streets instead of caring for them like she had promised to do before the bankruptcy and his reported death. Meanwhile, Eun Sung is doing well at her new job and her success scares Hwan and motivates him to start to grow up, finally. He begins to see the good character traits of Eun Sung and she begins to see the positive changes in his character and begins to warm to him. Joon-se is in love with her still and he is such a good man that I am sure a significant amount of the fans of this show are in his corner to win the girl (in fact, when reading fan comments on various websites this is pretty much confirmed). I call this common K-drama phenomena "2nd Male Leaditis"! 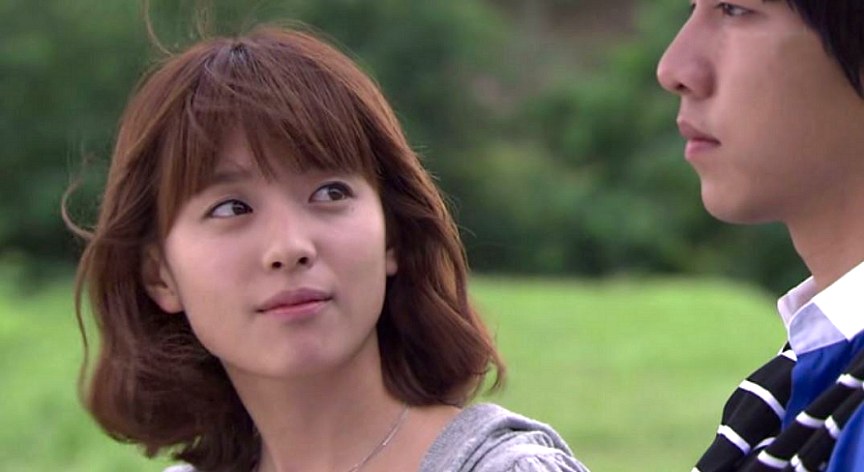 I felt this was a pretty good story overall but some things were a bit convoluted and far-fetched. The details surrounding the father's supposed death were kind of brushed over and there would have had to have been a much better identification of a dead body than just a wife's word, a wife who stood to gain a fortune in insurance money, before that money would have been released to a beneficiary. The grandmother story on the surface was kind of silly, a wealthy woman dressing like a beggar and going out on the streets to sell rice cakes was rather implausible, no matter what her reasons. The fact that the people at the Angel's House didn't immediately notify police about Eun-woo's appearance at their doorstep, obviously abandoned by a caretaker, was really far-fetched. The father's restoration after he comes back from the dead is unbelievable. He allowed his family to suffer incredibly just for money? because he felt he couldn't start over at age 55? I didn't have much sympathy for the man. Likewise the amoral stepmother character being humanized at the end seemed a big stretch. Most of all, Hwan's reformation took too long to occur, in my opinion, which tried my patience. I couldn't understand why Eun Sung didn't immediately fall head over heels in love with the gentlemanly and supportive Joon-se, who went above and beyond the call of duty to help her when Eun Sung first started suffering. I would have picked him in a heartbeat! 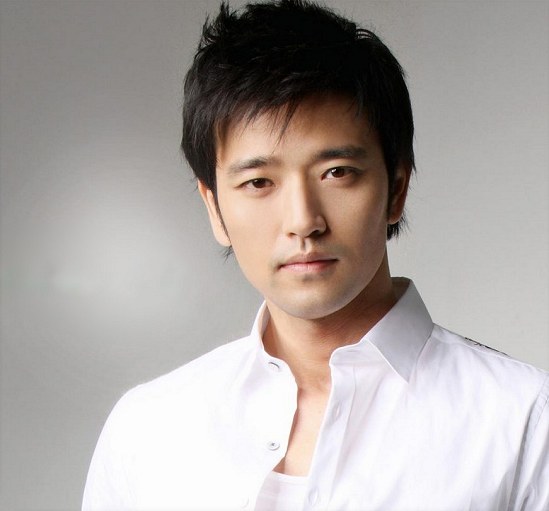 Actor Soo-bin Bae plays warm-hearted Joon-se Park -
I know who I would have chosen in this show!


The best parts of this story were Eun Sung's road to independence and her relationship with her beautiful autistic brother, whom she is eventually reunited with. It's a difficult scene to watch but I think my favorite scene in the show is when Eun Sung grabs Eun-woo's hand as they stand on a brick fence over a steep hill and Eun Sung contemplates jumping with her brother to their deaths, to relieve the misery they are facing being penniless on the streets. The boy says he loves his sister and that stops her. She weeps and apologizes to him, even though he really doesn't understand what might have occurred if he hadn't said those loving words.

Shining Inheritance received good ratings and critical acclaim when it was first broadcast in 2009. It has many beautiful and inspiring moments and you are sure to enjoy it.