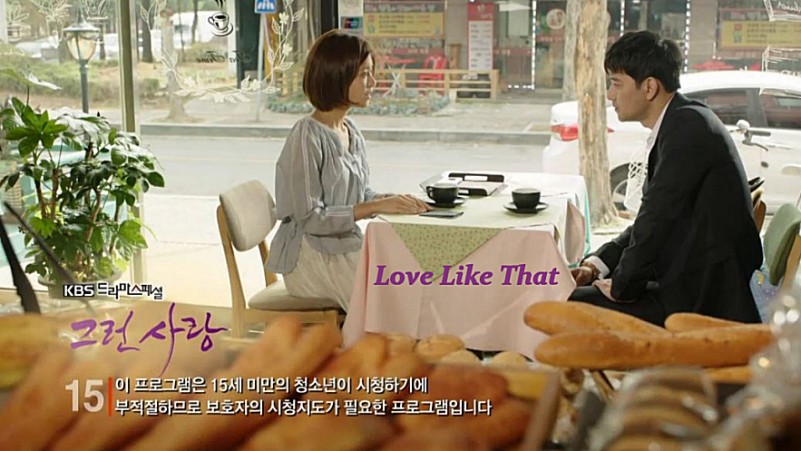 Something different, this 2014 KBS Drama Special called Love Like That, starring Bae Soo Bin (49 Days) and Lee Yoon Ji (King 2 Hearts), two Korean actors I enormously respect, confused me at first as to the direction it was going, I think because I had troubles deciphering which scenes were flashbacks, and which scenes were happening in the present day, and which scenes were actual dreams of the main male character; sometimes when drama producers try to be TOO creative with a story they can confuse the viewer as to the true sequence of events in the dramas. Love Like That is the kind of drama that bears a repeat watch so that you can put the puzzle pieces in the right order, sort of like the classic Korean horror film A Tale Of Two Sisters, which I didn't honestly fully understand 100% until my THIRD viewing!

I remember seeing an interview with lead actor Bae Soo Bin as to why he had chosen this short drama special when he was more used to working in longer dramas. "I've always wanted to work with Lee Yoon Ji" he said humbly and honestly. That impressed me. It showed me he knew very well that she was an exemplary actress.

The Story: Bae Soo Bin plays Jin Wook a long term prisoner who is doing his time for murdering the man who had assaulted and killed his sister (I didn't blame him one bit, he shouldn't have gone to jail in the first place for that, as far as I was concerned!). Obviously the security guards have the same feelings as I have: he isn't a threat to anyone else and so he receives more kindness and consideration by the guards than some of the other prisoners. 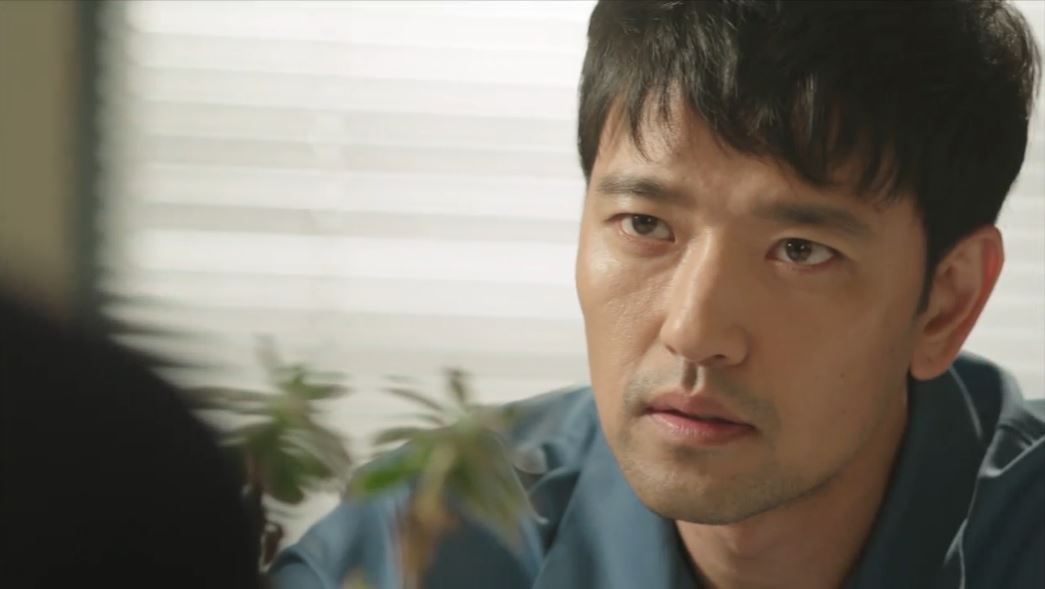 
The closer he gets to his release date one guard in particular Section Chief Kim (Jeong Gyu Soo) feels he might benefit from visits from a Catholic Aide worker Yeon Soo (Lee Yoon Ji), to prepare him for transitioning to the outside world. The young lady just happens to be VERY pretty and at first the prisoner teases her about her beautiful appearance (she really should have worn a longer skirt on prison visits, for one thing!). Men who have been deprived from the presence of women for years are naturally going to look up any new specimen with keen appreciation! 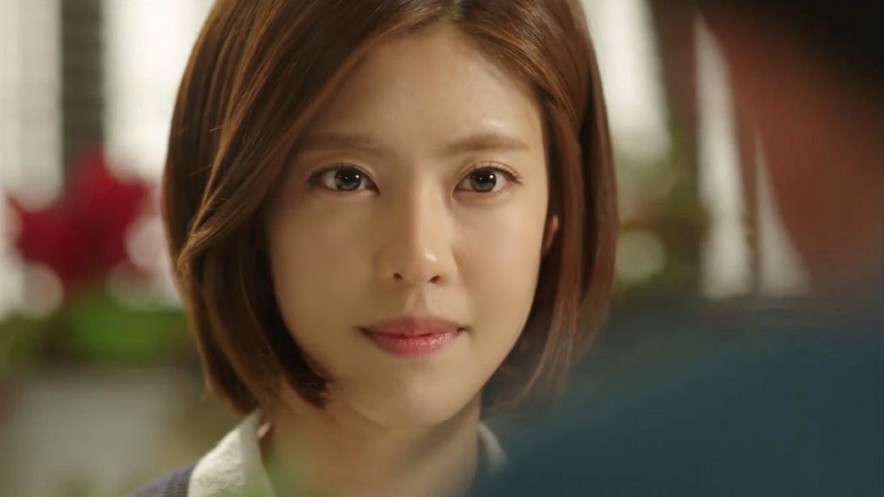 Actress Lee Yoon Ji forever captured my heart as the princess in a
wheelchair in the incredible King 2 Hearts - I will watch her in anything!


Despite his initial rudeness the young lady Yeon Soo perseveres trying to get to know him, and eventually the ice melts between them, and at one point he even is given permission to make her a birthday cake. The kind things he says to her on that day make her eyes fill up with tears, we find out why later. She is extremely touched, but tries to hide it. However, she also holds a secret: she is married. She doesn't tell him. 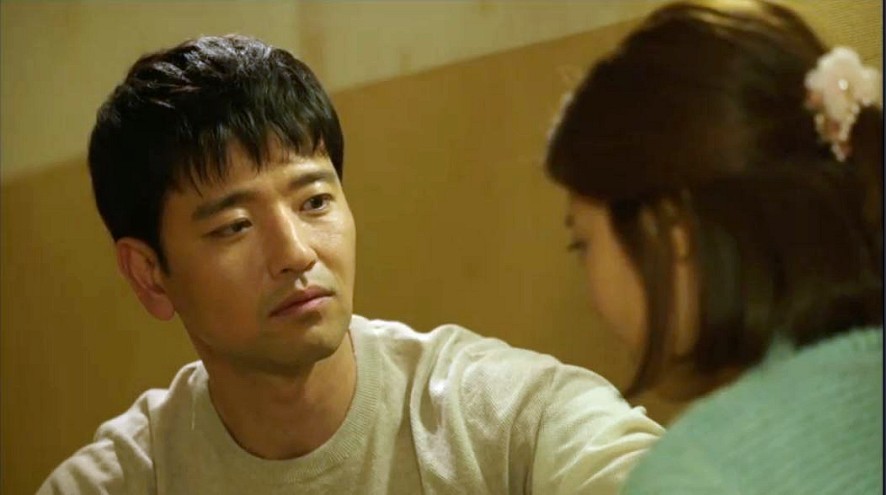 Then he gets a shock: he is told by the prison doctor his tests say he has developed terminal cancer and only has a few weeks to live. The bitterness of it overwhelms him: he's almost free, and then this! The sympathetic guards and warden petition for his term to be shortened so he can die outside of prison and the State grants the request.
He plans to rent a small room in a motel by the ocean to die quietly, but then he thinks he should track down and say "thank you" to the kind Catholic Aid lady who had visited him in his last few months in jail and been so kind and sympathetic to him; he doesn't want to leave this world until he has expressed his gratitude. 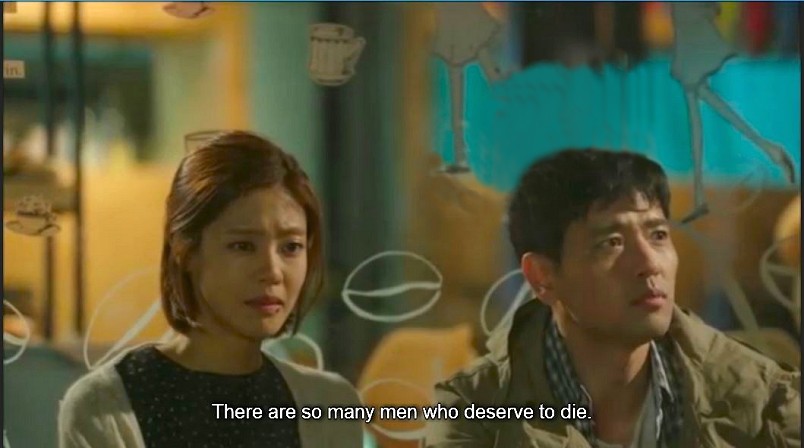 When he arrives at the bakery business she runs he discovers that she is married and in fact a victim of repeat domestic violence. When he sees her maltreated by her bully of a "husband" he finally admits to himself that he had fallen in love with her while in prison, and after a few altercations between them, where she is terrified to defy her "husband", he ulimately persuades her to escape with him to get away from the "husband" who beats her daily. Realizing that she is in love with him now, too, and discovering that he is to die soon, emotionally and physically exhausted, she agrees with him, and they sneak off together for some peace and quiet by the ocean. Then the "husband" tracks them down at the beach side motel ... what will happen? Will he risk prison time himself to kill an already dying man?
Enjoy --- and bring some tissues!